Accessibility links
After Apple-FBI, Congress Takes On Encryption Legislation With Burr-Feinstein Bill : All Tech Considered The top Republican and top Democrat on the Senate intelligence panel are floating a bill that would mandate cooperation in encryption cases, but critics say it creates a dangerous "back door." 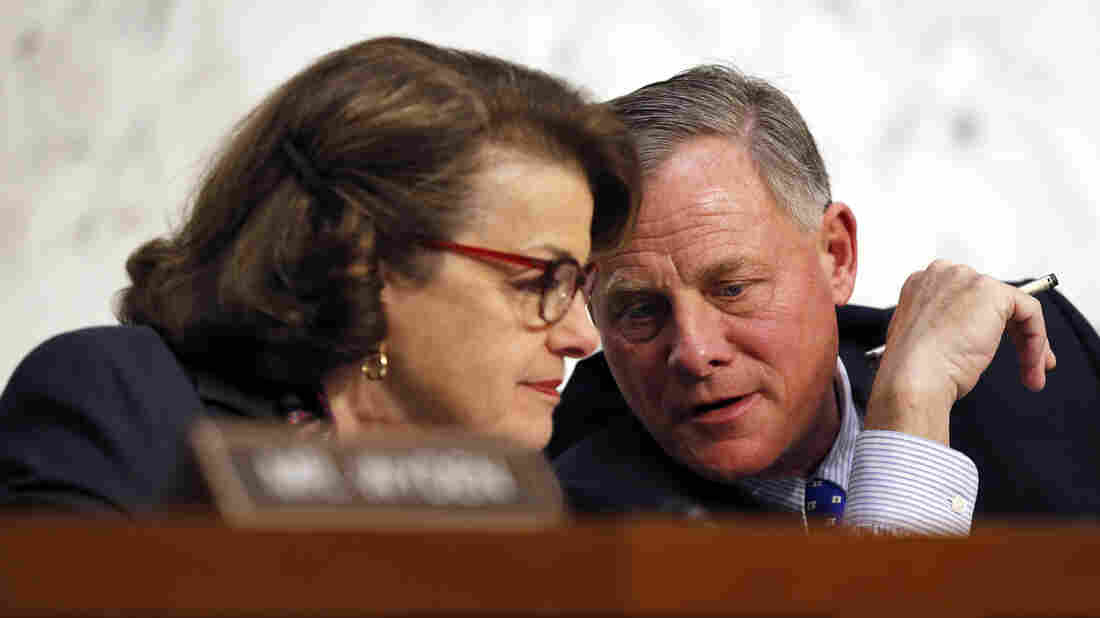 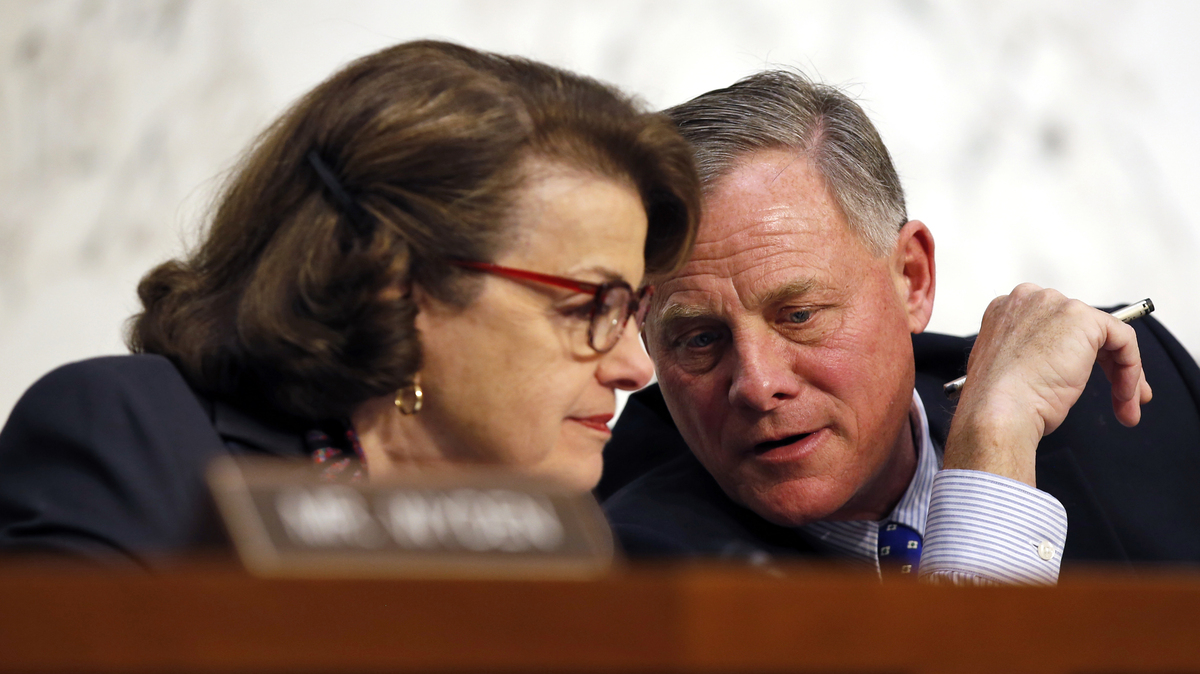 The war over government access to encryption is moving to the battlefield on which Apple told the Justice Department it should always have taken place: Capitol Hill.

The leaders of the Senate Intelligence Committee have introduced a bill that would mandate those receiving a court order in an encryption case to provide "intelligible information or data" or the "technical means to get it" — in other words, a key to unlock secured data.

"I call it a 'follow the rule of law bill,' because that's what it does: It says nobody's exempt from a court order issued by a judge on the bench," said Committee Chairman Richard Burr, a North Carolina Republican. The top Democrat on the committee, California's Dianne Feinstein, is a co-sponsor.

Supporters say that Congress must give law enforcement officials the tools they need to investigate cases like those that prompted the showdown between Apple and the government.

The Justice Department asked a judge to order Apple to help it unlock an iPhone connected to last year's San Bernardino shootings, something the company said would effectively create a master key that would compromise millions of other iPhones around the world. Ultimately, the government did not force the case to a resolution. Instead, it reportedly opted to pay "gray hat" hackers to unlock the phone.

But for future cases, advocates in Congress say the government must be guaranteed access to any relevant information when it investigates terrorist plots or other crimes.

"The American public have realized that if it's done in a reasonable way, with legal support and oversight, there are instances where it would be feasible to force a company to unlock [a suspected terrorist's] phone," said Indiana Republican Dan Coats, a Senate Intelligence panel member who strongly backs the draft legislation.

The White House declined to comment on the bill. But President Obama recently chided those who oppose court-ordered data access.

"If your argument is, 'strong encryption no matter what' and 'we can and should, in fact, create black boxes,' that, I think, does not strike the kind of balance that we have lived with for 200, 300 years," Obama said at last month's South by Southwest conference. "And it's fetishizing our phones above every other value."

Advocates for digital security warn that the Senate's proposed legislation could cause immense harm.

"It is hard to overstate how disastrous for the security of all of our data as well as the economic security of our tech sector this bill would be," said Kevin Bankston, director of the Open Technology Institute at New America, a Washington think tank.

Members of Congress simply don't understand the implications of forcing companies to provide digital back doors to technology that's supposed to be secure, Bankston says.

Other critics warn the bill could shake peoples' trust in the security of American products and drive business elsewhere.

"If American companies are forced to make sure that the government could sneak into every conversation that their customers have, then normal customers who care about their security and privacy would be looking for foreign companies to supply their needs, even if they buy them abroad and bring them here," said Gary Shapiro, president of the Consumer Technology Association, a trade group representing 2,400 firms, including Apple.

The bill is also causing heartburn on Capitol Hill.

"I will do everything in my power as a senator to prevent something like this, that would damage the security and well-being of the country by weakening encryption," he said. Wyden, the Intelligence Committee's No. 2 Democrat, said he is prepared to mount a filibuster against the bill if it came to the Senate floor to try to stop it from advancing.

But the possibility of terrorists using protected technology to plan attacks is pushing others in Congress to call for action.

"If there is another attack in the United States," said Indiana's Coats, "the American people will be saying, 'Did you do everything you possibly could to prevent this?' "