Accessibility links
Clash Of The Screens: Should Movie Theaters Allow Texting? AMC Says Maybe : All Tech Considered The CEO of AMC Entertainment says he is considering allowing texting during some movie showings at AMC Theaters. A good thing? Our pop culture blogger and movie critic weigh in. 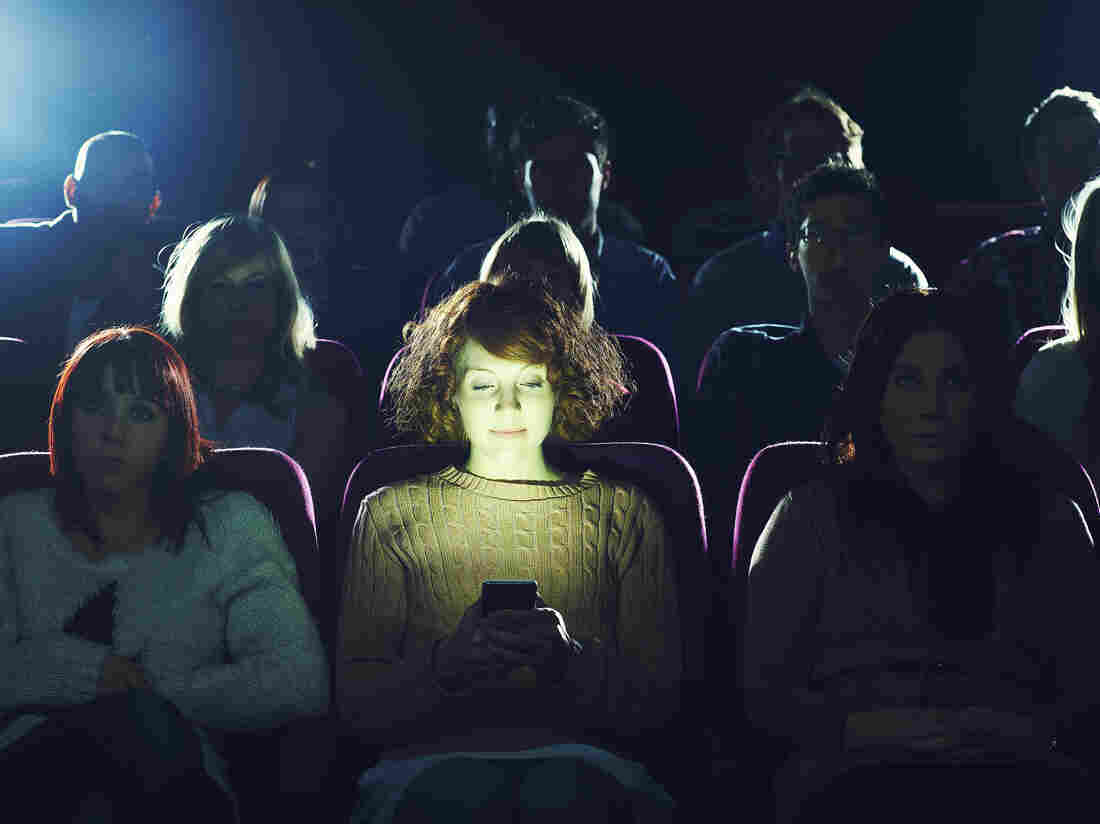 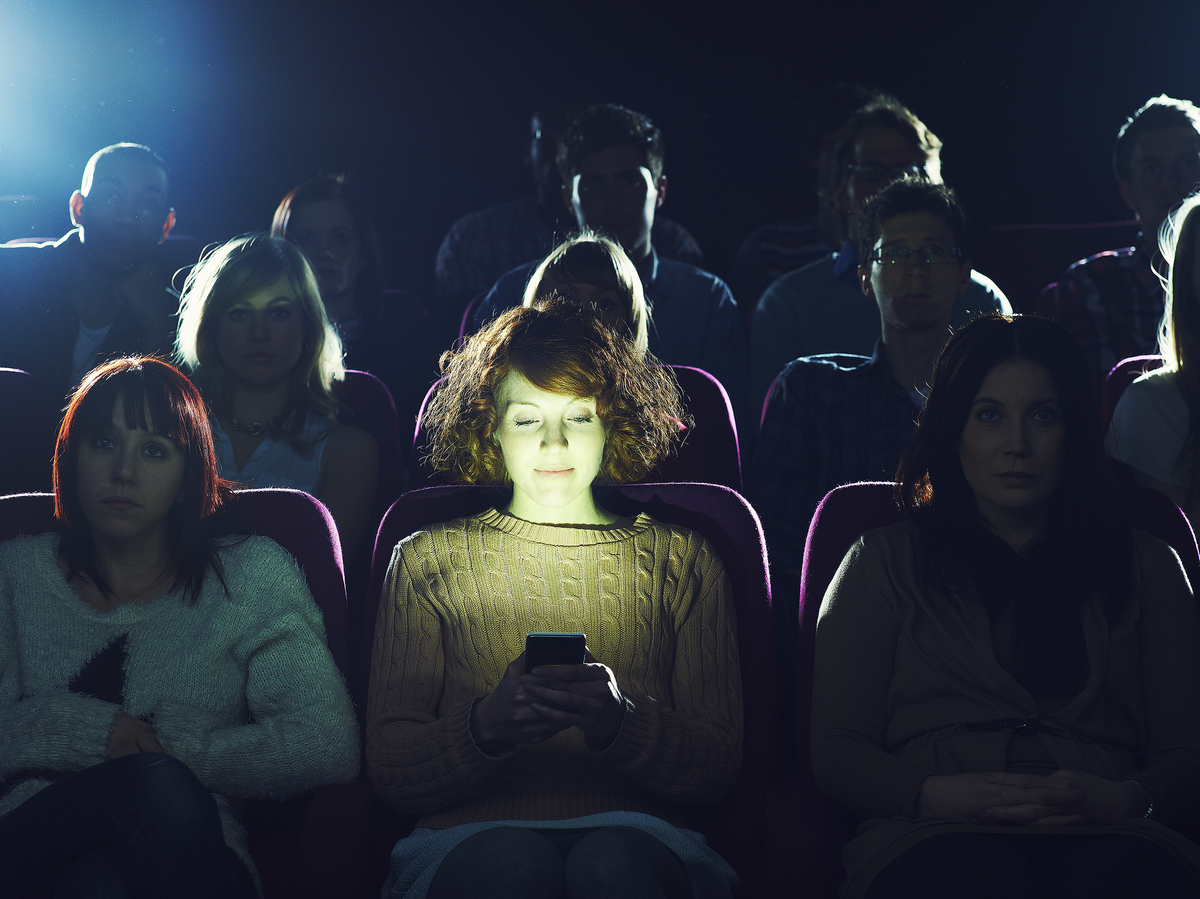 Should texting be allowed at some movie screenings?

Texting at the movies is usually annoying and usually banned. But the CEO of the giant movie theater chain AMC says maybe it's time to rethink that.

AMC Entertainment CEO Adam Aron floated a trial balloon in an interview with Variety at CinemaCon, a film industry trade convention, saying the chain has considered adding showings where using your cellphone will be allowed.

'Tweet Seats' Come To Theaters, But Can Patrons Plug In Without Tuning Out?

Predictably, this caused quite a bit of outrage on social media, including on AMC's Facebook page. A few hours after Variety posted that interview online, Aron had evidently received enough blowback that he took to Twitter to assure everyone that the company knew the idea wouldn't appeal to most moviegoers:

On Friday, AMC moved to completely quash the outcry, saying that texting won't be the new thing at its movie theaters any time soon: "This is an idea that we have relegated to the cutting room floor."

NO TEXTING AT AMC. Won't happen. You spoke. We listened. Quickly, that idea has been sent to the cutting room floor. pic.twitter.com/JR0fo5megR

Should texting somehow be allowed at some movie screenings? Can it be relegated to the back rows? Do 22-year-olds really want to keep texting at the movies?

NPR's pop culture blogger Linda Holmes and movie critic Bob Mondello weighed in. Bob adopted the curmudgeon role; Linda talked him down from the ledge. Give them a listen and tell us what you think in the comments below or on Twitter.