Accessibility links
For Entrepreneurs, Pitching To Pint-Sized Sharks Is No Child's Play : All Tech Considered Modeled on TV's Shark Tank, entrepreneurs at a Pitch-a-Kid event in Texas had 5 minutes to sell their ideas to a panel of third- through 12th-graders and answer their no-holds-barred questions. 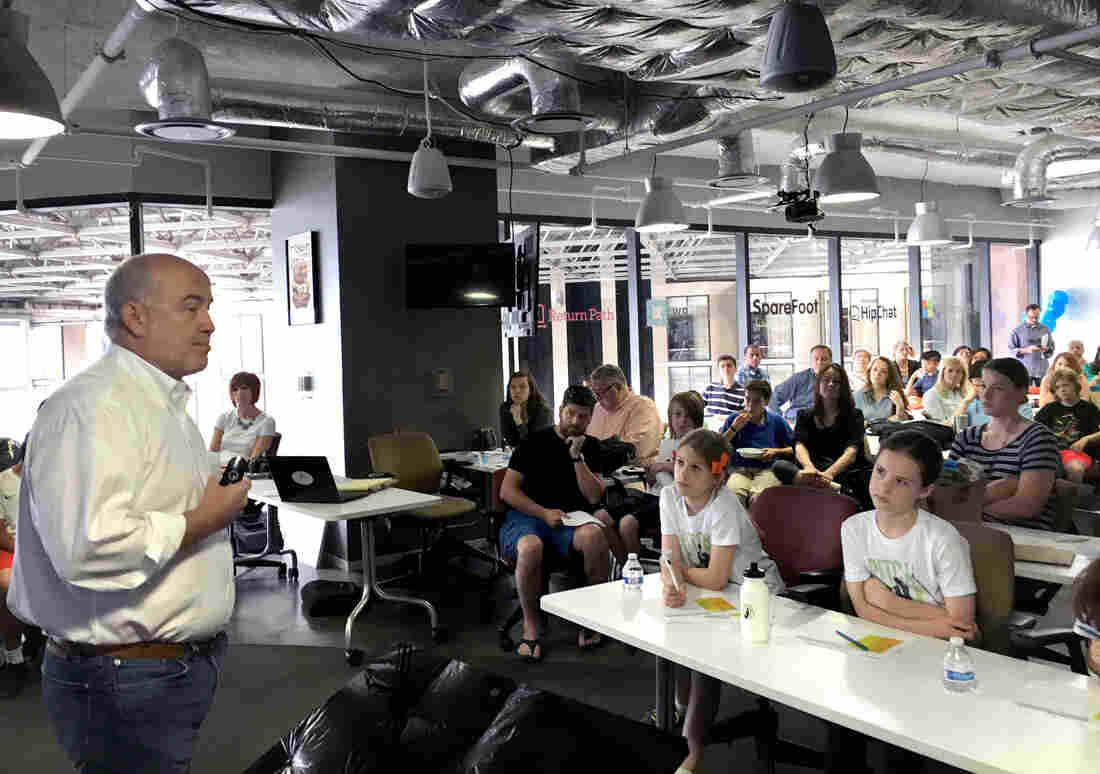 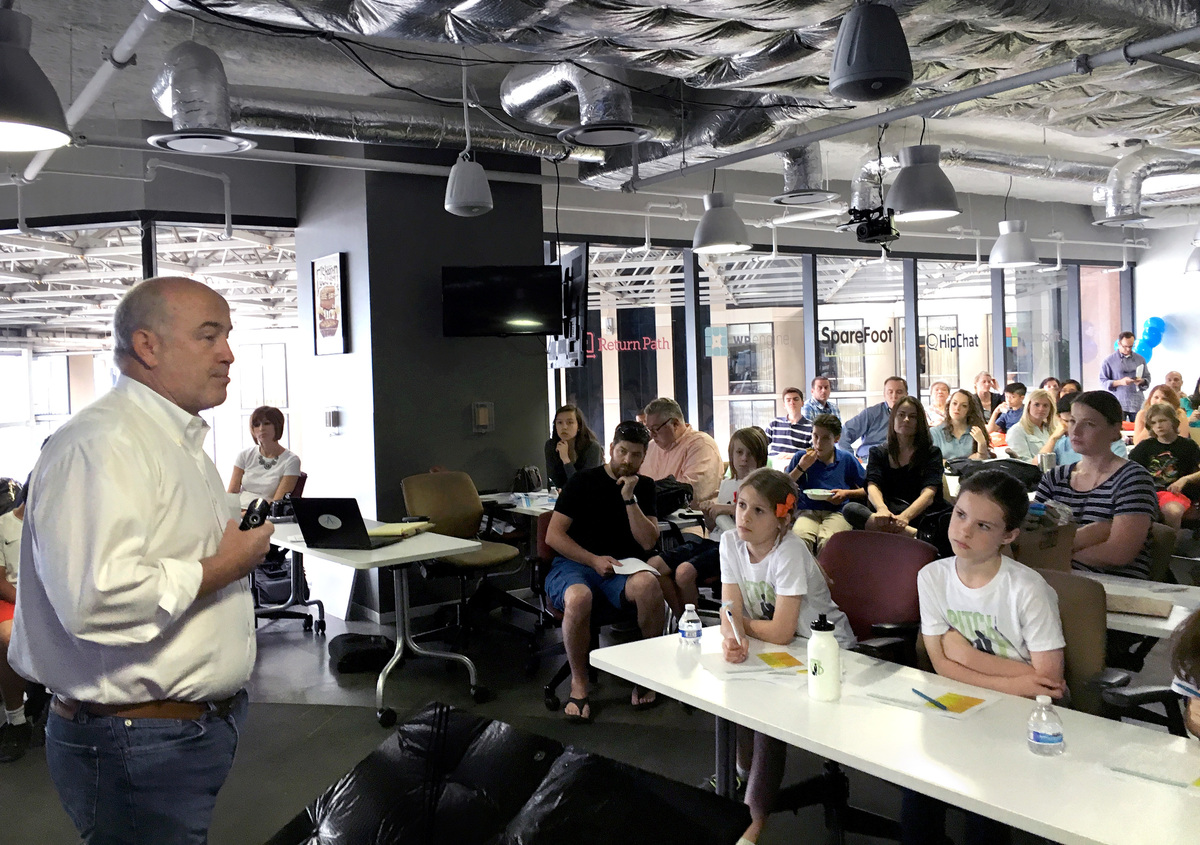 A few weekends ago, Texas entrepreneur Regina Vatterott stood in front of 50 people on the top floor of a startup hub in Austin. She was there to pitch her smart pillbox company, EllieGrid, to a panel of six judges.

It was like Shark Tank — the reality television show where entrepreneurs take turns pitching their companies to a panel of investors — but with a twist.

This panel of "sharks" is made up of kids.

Welcome to Pitch-a-Kid, where kids and entrepreneurs can learn from each other. 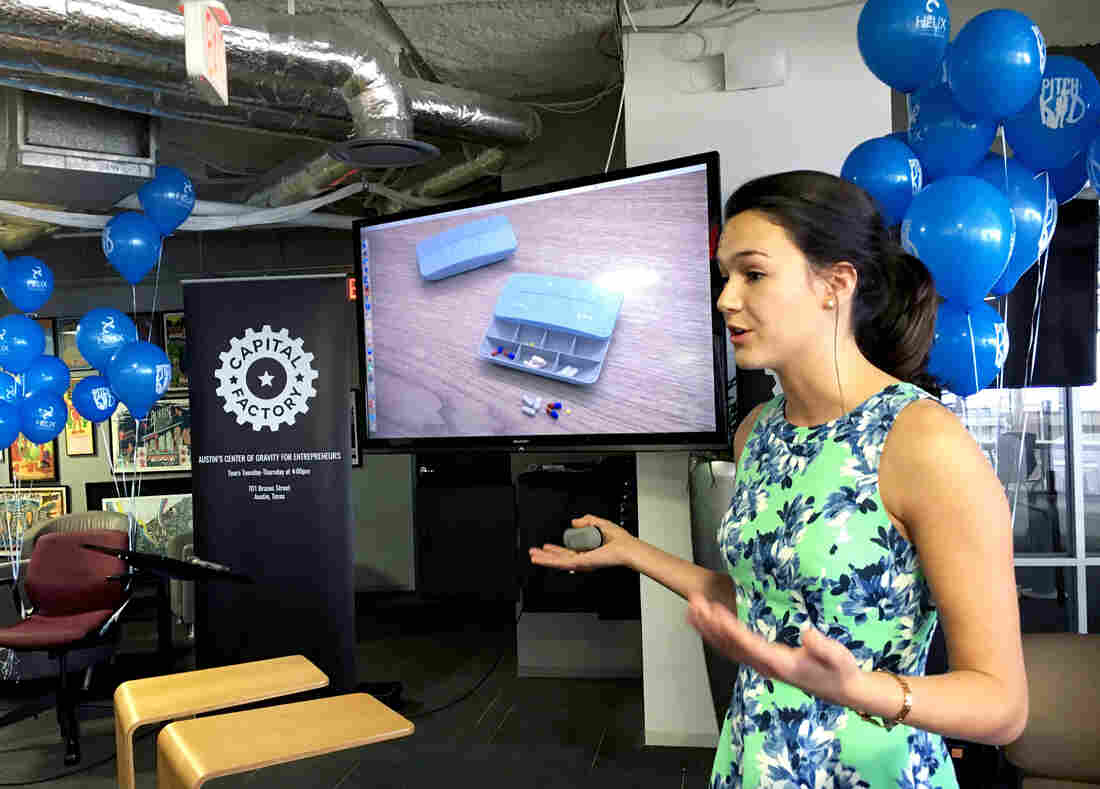 Regina Vatterott won over the Pitch-a-Kid judges with her idea for a smart pillbox. Brenda Salinas for NPR hide caption 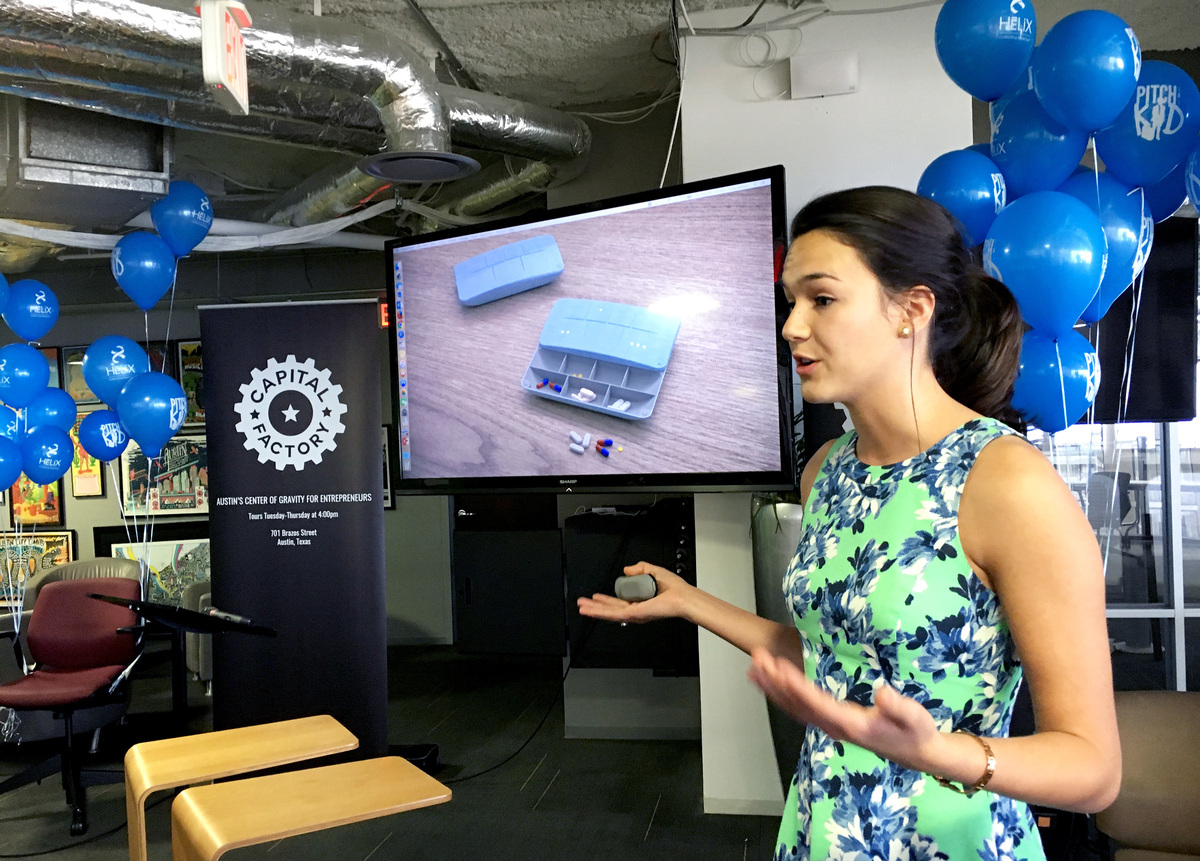 Regina Vatterott won over the Pitch-a-Kid judges with her idea for a smart pillbox.

Unlike the entrepreneurs on Shark Tank, Vatterott's goal isn't to get investors — there's no cash prize at Pitch-a-Kid.

Still, it's hard-fought: Each entrepreneur at the first Pitch-a-Kid event has 5 minutes to present and up to 8 minutes of questions from the judges. And the kids are asking some tough questions: How do you make money? How are people going to pay for it? Do you provide a warranty if it breaks?

The Incubator School: E Is For Experimental & Entrepreneur

The judges hear six more pitches, including a social media network for books and a subscription "sock of the month" company idea.

Anicia Moncivais, the judge coordinator, is a 12th-grader; the five other kids are third- through sixth-graders. They turn in their score sheets and then deliberate.

"The judges have spoken," says Piers Powell, one of the judges.

Mike Millard, a co-founder of Pitch-a-Kid and a judge at the event, announces the winner: Regina Vatterott's company EllieGrid, the smart pillbox maker.

Vatterott says she was a little nervous before her pitch.

"I didn't know if they understood the grand scheme of how important medication adherence was, but they really seemed to get it; they didn't even ask questions about that," she says.

Millard's daughter, Audrey Millard, Pitch-a-Kid co-founder and a judge at the event, says she definitely held back.

"My dad was telling me in the car, like, how nervous these people were, and how they're, like, 'I don't know how to explain this in a kid-friendly language. Oh no, what will I do if they don't understand me?' ... So I decided not to go too hard on them," the 9-year-old says.

Ugly Fruit Is Ripe For A Close-Up, As 'Shark Tank' Takes On Food Waste

Mike Millard says kids have a unique way of knowing when someone hasn't totally thought a business idea through.

"About a year ago, I was doing a website with my daughter, and she asked me really tough questions," Millard recalls. "She said, 'Who's the website for, how are they going to know about it?' And what I realized was that they were nonfiltered, honest questions on how to be successful."

In other words: If you can't explain it to a kid, you probably aren't ready to talk to investors. And just because the judges are small doesn't mean they don't take their job seriously — including what they're going to wear.

Before the event, Audrey says, she researched how to look "businesslike."

The kids in the panel and in the audience got an introduction to the startup culture, and the entrepreneurs practiced addressing some of the issues they need to think through for their business model to succeed.

The next Pitch-a-Kid event in Austin is scheduled for July 30.