Accessibility links
Reports Peg Tech Billionaire Peter Thiel As Funder Of Hulk Hogan's Lawsuit Against Gawker : All Tech Considered The New York Times says entrepreneur Peter Thiel confirms he has been bankrolling the ex-wrestler's lawsuit. Gawker is appealing a jury award to Hogan of $140 million over publication of a sex tape. 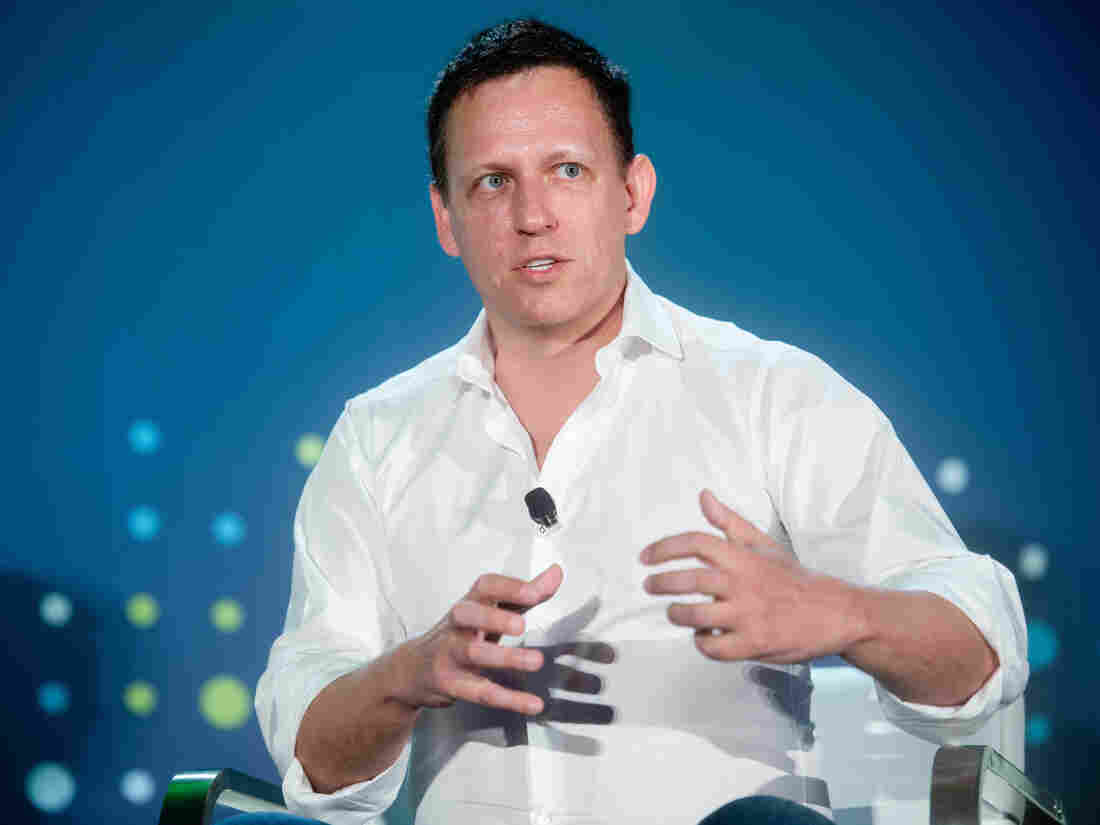 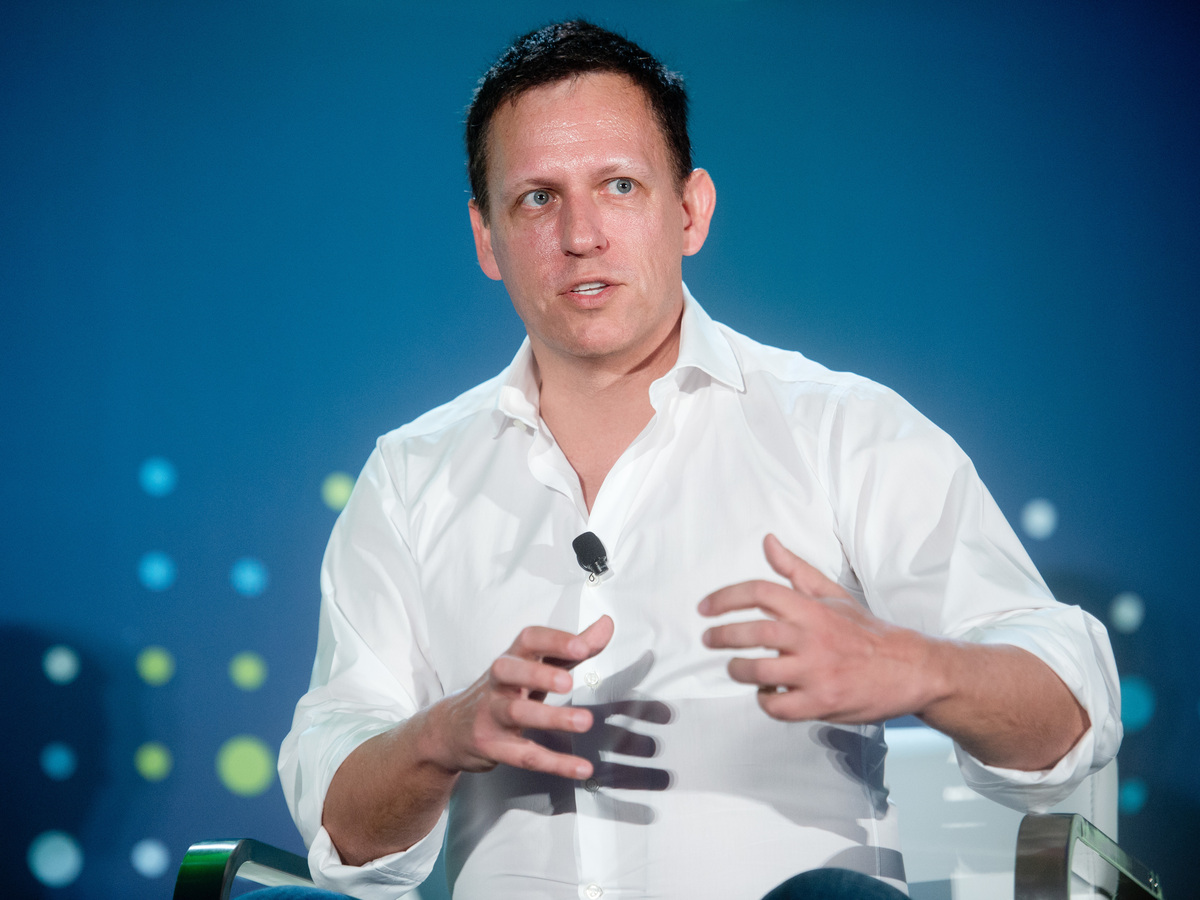 Peter Thiel, head of Clarium Capital Management and founding investor in PayPal and Facebook, speaks at a conference in San Francisco on April 12.

It's been one of those rumors, that some Silicon Valley third party was powering Hulk Hogan's invasion-of-privacy lawsuit against Gawker Media and its owner, Nick Denton, over a publication in 2012 of a sex tape.

"My own personal hunch is that it's linked to Silicon Valley," Denton told The New York Times, about the Hogan case and several new lawsuits that the same lawyer has brought against Gawker and its writers.

In what the Times says is his first interview since his connection to the Hogan lawsuit was revealed, Thiel says, "It's less about revenge and more about specific deterrence."

Thiel has had several run-ins with Gawker's reporting on his political and financial decisions, but the most prominent incident was in 2007, when the website's then-running gossip vertical Valleywag outed Thiel's sexual orientation in a post titled, "Peter Thiel is totally gay, people."

Thiel, who is now open about being gay, later called Valleywag "the Silicon Valley equivalent of Al Qaeda."

"Mr. Thiel added: "I can defend myself. Most of the people they attack are not people in my category. They usually attack less prominent, far less wealthy people that simply can't defend themselves. He said that "even someone like Terry Bollea [Hogan's real name] who is a millionaire and famous and a successful person didn't quite have the resources to do this alone."

Thiel, an entrepreneur and philanthropist, has been a curious figure in Silicon Valley. He has staked out a strong libertarian position and in 2012 boosted the superPAC supporting Ron Paul's presidential campaign. This campaign season, he has emerged as a California delegate for Donald Trump.

Thiel has also been vocal about his view that higher education has been overly valued in the United States; in 2011 he established a fellowship to fund entrepreneurial work by college-age students if they drop out of school for two years.

As Forbes magazine points out, Thiel's aid to Bollea wouldn't be an uncommon deal:

"It is not illegal for an outside entity to help fund another party's lawsuit, and the practice, known as 'third-party litigation funding,' has become increasingly common in the U.S. Typically, the outside party negotiates for a defined share of any proceeds from the suit."

As the Two-Way blog reported in March, Bollea argued that Gawker invaded his privacy "when it published a portion of a video showing him having sex with the wife of a former friend, along with 1,400 words describing the video."

Gawker argued that Bollea's "frequent public discussion of his sex life made the clip newsworthy and thus protected by the First Amendment."

A jury in Florida awarded Bollea $140 million in damages, more than he had requested. Gawker is appealing the verdict.