Accessibility links
E3 Video Game Trade Show Kicks Off Under Cloud Of Real-Life Violence : All Tech Considered There were signs that E3's organizers were trying to bridge the contradictions between violent video games and the Orlando massacre. "Shooter games" are a significant part of the industry's sales. 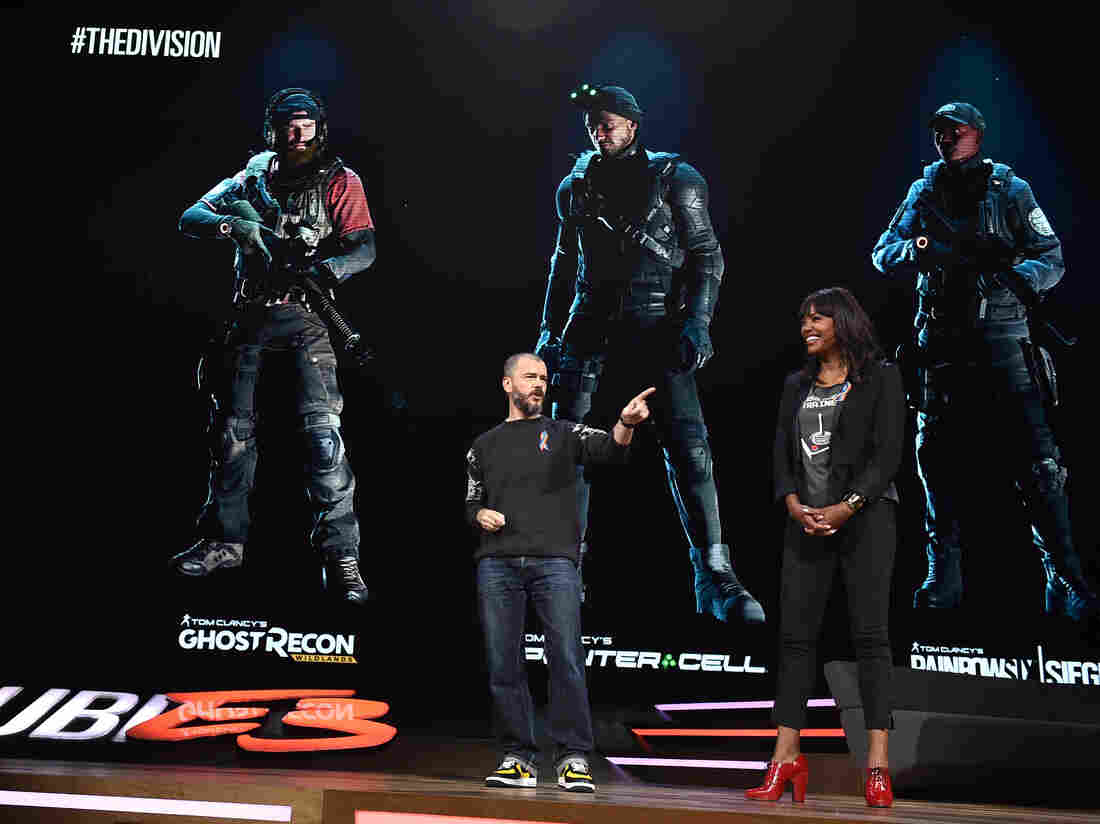 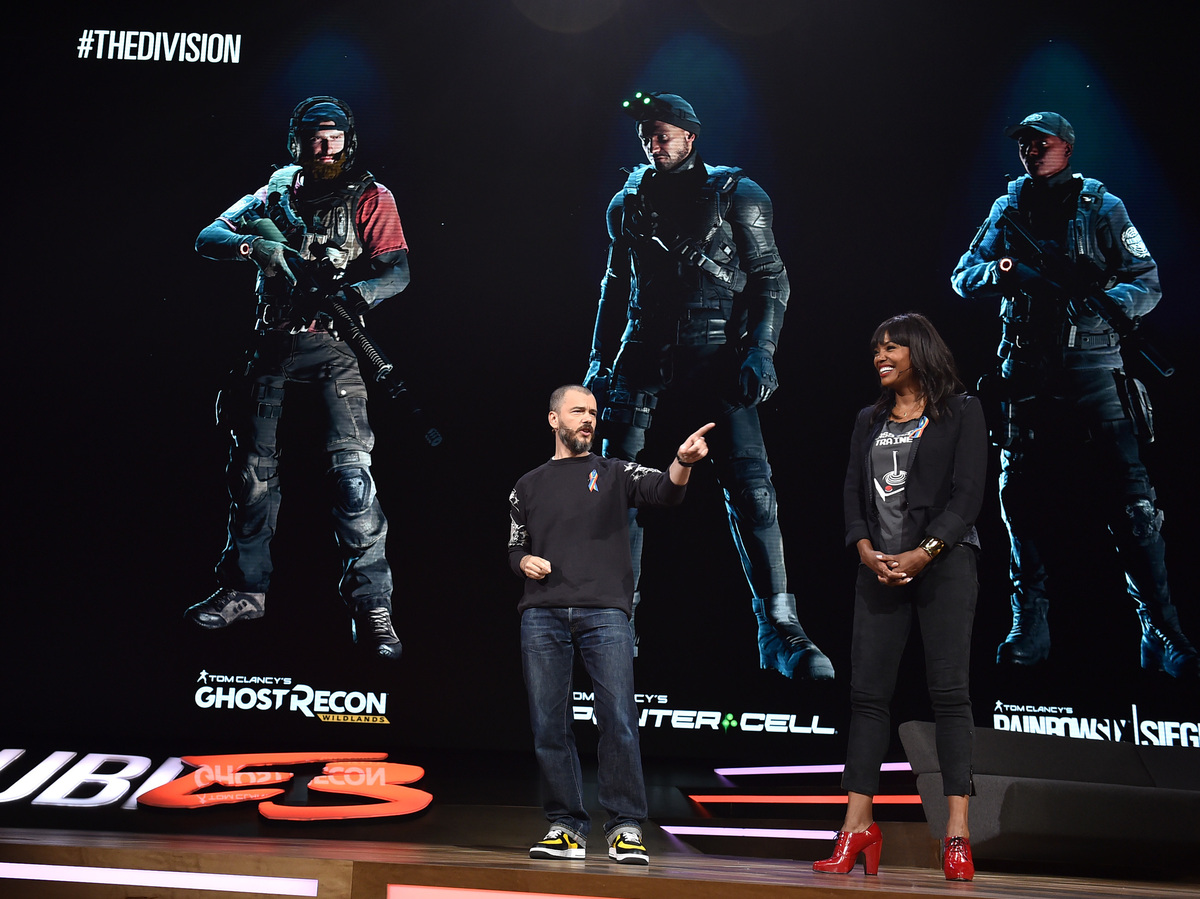 The annual video game trade show E3 began this week in Los Angeles under the cloud of the mass shooting in Orlando, Fla., the deadliest in America's recent history. The conference is expected to draw tens of thousands of industry professionals who want hands-on experience with games that turn virtual violence into entertainment.

There were signs that organizers were trying to bridge the contradictions.

At the downtown LA Convention Center, flags were at half-staff. Actress Aisha Tyler, hosting the press conference for video game maker Ubisoft, mixed her usual humor and enthusiasm with an announcement that the she admitted would "feel a little incongruous and potentially even uncomfortable for some of you."

Indeed, it's not often that a preview of violent video games begins with condolences to the victims of a mass shooting. Tyler stood onstage, flanked by someone in a giraffe costume on one side and dancers dressed as candy canes on the other, and offered deepest sympathies to the victims and their families in Orlando. Her somber moment at this festive video game promotional event drew a loud round of applause from a packed auditorium.

Then Tyler made what she called a "hard right turn" into game land and introduced one of this year's most anticipated releases: Ghost Recon Wildlands, an open-world shooter game, in which players take on a Bolivian drug cartel.

Other companies showed off their games without acknowledging the national grief.

At a press conference on Sunday, video game company Electronic Arts, which has a studio in Orlando, hyped its games such as a World War I military shooter game Battlefield 1 without so much as a nod to the events in Florida.

On Monday, Microsoft announced an updated Xbox One S, along with new releases — Halo Wars 2 and Gears of War 4. Xbox chief Phil Spencer began the presentation by saying: "To everyone affected by the recent tragedy in Orlando, our hearts are with you and you should know you are not alone. The gaming community mourns with you."

The Entertainment Software Association, which sponsors the E3 show, released a statement calling the mass shooting in Orlando a hate crime. "We ask all of those in the Orlando-area to contact their local Red Cross and donate however possible," the statement said.

The ESA also said it was taking precautions to keep this year's conference secure.

But ESA President and CEO Mike Gallagher denied any connection between video game violence and real-world violence. In an interview with the technology blog Ars Technica, Gallagher said that when it comes to the issue of "violence in our country and gun violence in video games ... this industry does not cause any of the violence that you see in society." And at this time there isn't any evidence that links the behavior of the Orlando shooter to violent video games.

However, Gallagher's conclusion that video games have no connection to real-world violence is debatable. There is evidence that these games cause increased aggression, according to the American Psychological Association.

Gallagher says that steps were being taken by individual companies to be "sensitive to the national mood," though he did not say to which companies he was referring and only some attendees at E3 seem to want to openly give a nod to the shootings in Orlando.

Overall about 25 percent of the video game sales for consoles and PCs are "shooter games," according to Michael Pachter, an analyst with Wedbush Securities. And if the past E3 shows are prelude to this year's, there will be plenty of shooter games on display this year.

But the show always has plenty of pure, lighthearted fun. There's a reason those dancers were onstage with Aisha Tyler. Attendees got a glimpse of Ubisoft's dance franchise, Just Dance 2017, which will be coming out on all platforms. Let's hope by the time it hits your favorite console the nation will be in a dancing mood.

An earlier version of this post said Microsoft made no mention of the Orlando shooting. In fact, the company's Xbox chief, Phil Spencer, gave a brief statement of sympathy and it has now been added to the post.