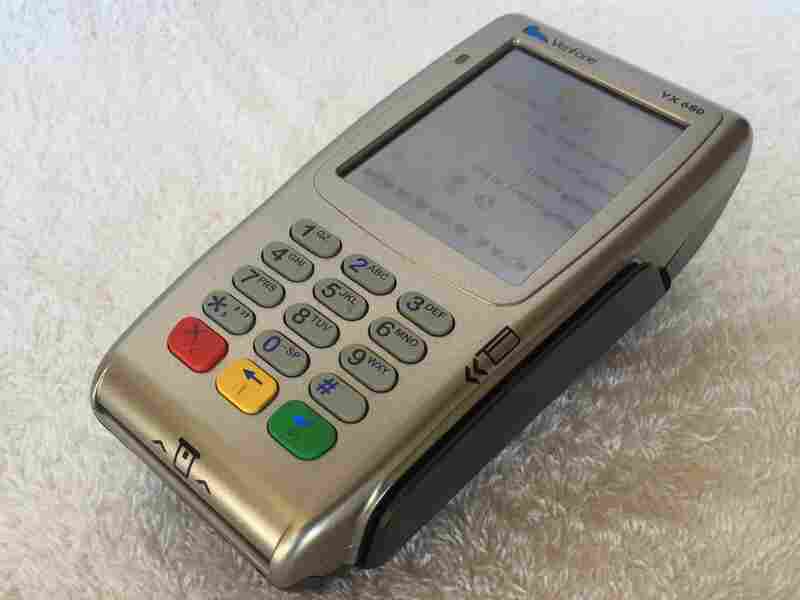 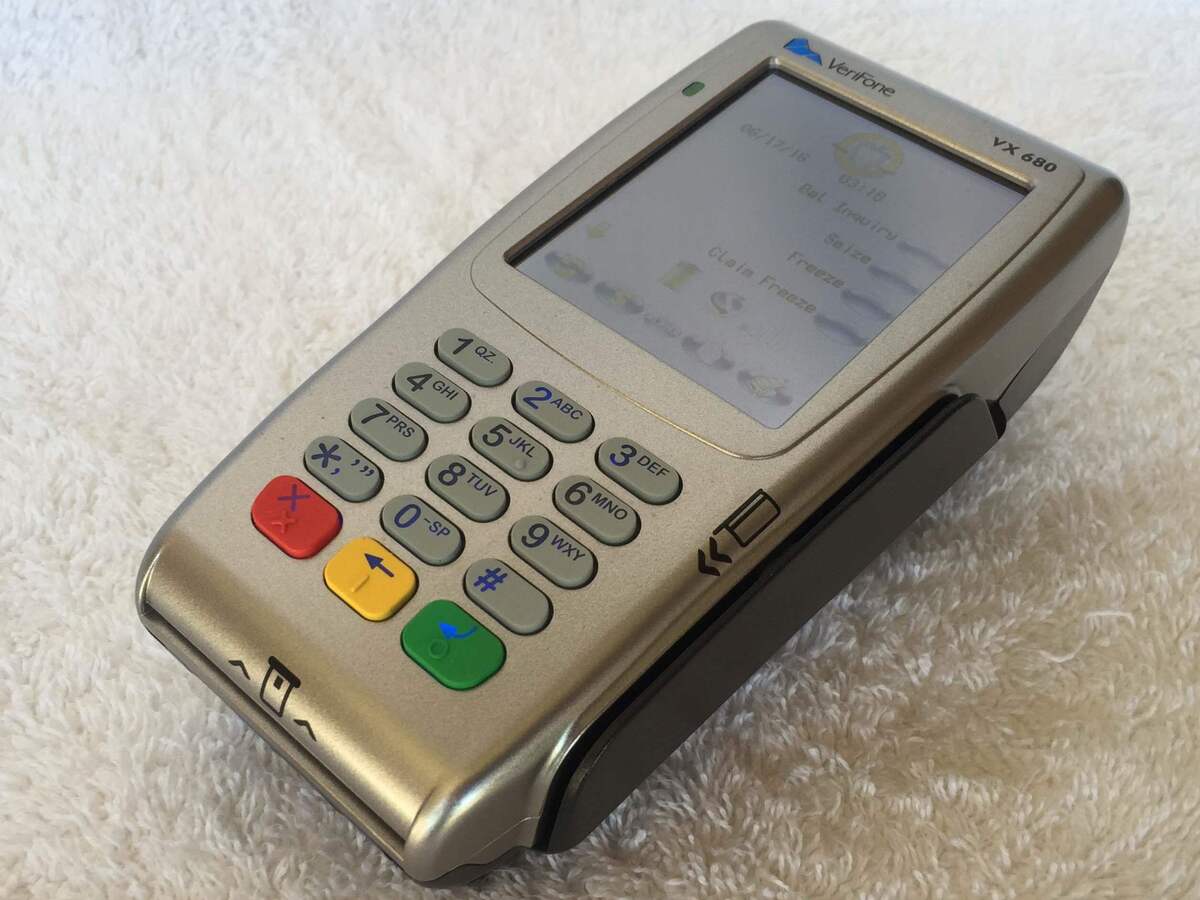 The ERAD device lets police read prepaid cards and freeze or seize the funds on them.

The machines look like a terminal at your local convenience store, but police agencies in a number of states are using them to read money cards seized from crime suspects. Officers can instantly freeze or seize the funds loaded on prepaid cards using the hand-held device, and some civil liberties advocates say the machines may be abused.

But law enforcement officials and the device's developer say it's helping agencies crack down on fake cards and fraud.

The Department of Homeland Security said the device, called Electronic Recovery and Access to Data, "is becoming a vital tool for law enforcement seizing these cards and funds associated with criminal activity."

Using an ERAD device, a law enforcement officer can retrieve the balance of any magnetic-stripe card. If the card is determined to be a prepaid card, then the officer can instantly freeze or seize the funds loaded on the card using the device.

After gaining support from DHS, ERAD was adopted by police departments around the country — "more than a couple hundred," says T. Jack Williams, the president of ERAD Group Inc., which makes the devices.

NPR was able to locate five agencies in possession of ERAD devices: the Navajo County Sheriff's Office in Arizona; the City of Tempe, Ariz.; the City of Augusta, Ga.; the Oklahoma Department of Public Safety; and the Bexar County Criminal District Attorney Office in San Antonio.

Williams says ERAD devices are a necessary addition to the law enforcement toolbox. It is shockingly easy to steal — or download, even — credit card information and record it onto another magnetic-stripe card, be it a bank card, hotel room key, or library card. Counterfeit cards created this way, according to Williams, make up 30 percent of all cards scanned by ERAD devices.

Jim Molesa, the chief deputy of the Navajo County Sheriff's Office, says ERAD devices have been worth the money: "I can assure you that we've caught hundreds, if not thousands, of credit card fraud incidents since then. ... You have to have the [ERAD's] capabilities to get the information on that card."

In the past 10 years, prepaid cards have ascended from a novelty criminal tool to a popular medium for scamming and money-laundering.

"[L]aw enforcement officials say the devices are essentially part of the arms race between police and drug traffickers, who in recent years have been loading pre-paid cards with millions of dollars for transport as part of the drug trade, thus decreasing the likelihood of seizure by law enforcement.

Unlike cash, Williams says, the funds on prepaid cards can be moved "anywhere in seven to 10 seconds." He says preventing criminals from remotely accessing confiscated funds would be difficult without ERAD.

Even so, critics of the device fear the potential for abuse.

Police Can Seize And Sell Assets Even When The Owner Broke No Law Nov. 10, 2014

"Why should I have to prove to the government when we've been taught since elementary school that we're innocent until proven guilty?" says Oklahoma state Sen. Kyle Loveless.

Civil asset forfeiture, a descendant of a 17th century British maritime law, has been controversial since the dawn of the war on drugs.

Matt Miller, a managing attorney at the Institute for Justice, a libertarian public-interest law firm, explains that civil asset forfeiture occurs "whenever the police seizes cash or property and they pursue a court action against it."

A typical civil forfeiture case comes with a bizarre name like U.S. v. $124,700 or South Dakota v. Fifteen Impounded Cats and demands that the owner of the property prove her own innocence. Those who cannot afford to engage in a court battle lose their property by default.

According to "Policing for Profit," a report published by the Institute of Justice, "88 percent of DOJ civil forfeitures are processed administratively rather than judicially, meaning the cases never see a judge and the property owners never have their day in court."

"Why Americans Use Prepaid Cards," a Pew research report, says "28 percent of [prepaid] cardholders have income directly deposited" and "41 percent [do not have a checking account], compared with just 8 percent of the American public overall."

Miller says that regular users of prepaid cards are ill-equipped to fight against civil asset forfeiture. According to the Pew report, "42 percent of prepaid cardholders have no emergency savings" and 21 percent "have used a payday loan, approximately four times the rate as those in the general population."

But how often are ERAD devices used for civil asset forfeiture?

The Oklahoma Department of Public Safety came under scrutiny amid news reports that the agency had acquired ERADs to seize funds on criminal suspects' prepaid cards.

"We've been mischaracterized," Capt. Paul Timmons of the Oklahoma DPS said in June. "We've only had it for about three weeks. ... We are not in the business of seizing people's money."

Brooke Churchman, an attorney at the Oklahoma DPS, confirms that the department has not been involved in any ERAD-powered civil asset forfeiture cases. Molesa says the Navajo County Sheriff's Office has used ERAD for civil forfeiture no more than 15 times. The Bexar County Criminal District Attorney Office in Texas — whose records show a September 2015 payment of $5,834 to the ERAD Group — declined to comment.

A preliminary agreement between the Navajo County agency and ERAD Group shows that in addition to equipment charges, the company also gets "5.7 [percent] of the total dollar amount seized" using its products. Under a contract with the Oklahoma DPS, the company collects 7.7 percent of the amounts forfeited. The ERAD Group's Williams says it's fair for his company to collect a fee, just like credit card companies do.

Williams says the connection between ERAD and civil asset forfeiture is overblown. "People think this machine can read their home addresses and take money off their bank accounts!" he says. Each jurisdiction, he explains, can set its own permission levels for read, freeze and seize functions on an ERAD device. This way — in theory, at least — only those with the legal authority would be able to use the seize function.

Indeed, Timmons says that nobody in the Oklahoma DPS can use the seize feature, even though every officer is allowed to use the freeze feature. Molesa says that nobody in the Navajo County Sheriff's Office can freeze or seize on the spot, adding that a quick drive to the county attorney's office is required. Seizing, Molesa says, requires a separate trip, with a longer review process.

Every access attempt on an ERAD device is vetted by ERAD Group's servers, which are pre-loaded with authorizations from the jurisdictions that use the devices. The card data retrieved by devices are uploaded to ERAD Group's servers as well, which law enforcement officers can download to compile reports. The uploaded data, Williams says, are owned by the jurisdiction in question, and ERAD Group is legally forbidden to sell the information.

In June, the 8th Circuit Court of Appeals ruled that it is legal for the police to scan or swipe a seized card. But Miller contends that ERAD's ability to retrieve private financial information without consent will continue to be an issue — and may end up in the Supreme Court.