Accessibility links
Bodybuilders Beef Over A Workout Supplement — And A Stanford Patent : All Tech Considered Two bodybuilders go at it in a legal battle that reveals how university patents for federally funded research can end up in unexpected places.

This is a tale of two former bodybuilders, facing off in court — over a patent.

And not just any patent: Based on federally funded research, this one has a pedigree that links back to one of the most prestigious universities in the world. And this kind of legal mano a mano raises questions about the role of universities in the patent system.

There's a patent for that?

In the defense corner is former bodybuilder Jared Wheat: "Got a little layer over my six pack," he says, "but short of that still a little bit of muscle left." He speaks with a thick Georgia drawl, drives a Lamborghini, and says he's a regular churchgoer. He runs a company called Hi-Tech Pharmaceuticals, which makes supplements and products sold online and at retailers such as GNC, Vitamin Shoppe and Rite Aid.

Among Hi-Tech Pharmaceutical products are a pre-workout formula "Jack'd Up" and a sexual enhancement supplement "Stamina Rx." Both share an ingredient: arginine. It's a naturally occurring amino acid that's been around longer than humans. The world of bodybuilding believes that arginine helps with longer workouts and is good for virility.

In the plaintiff corner is bodybuilder No. 2, named Ron Kramer.

One day in 2013, Kramer served legal papers on Wheat. He claimed to have patents on arginine and wanted Wheat to pay a licensing fee.

Wheat had never heard of such a patent. He says arginine has been used in the supplement industry for decades and probably accounts for $500 million to $1 billion in sales a year — a number that was declared reasonable by Chris Schmidt, an industry analyst at Euromonitor International whom I asked to weigh in. 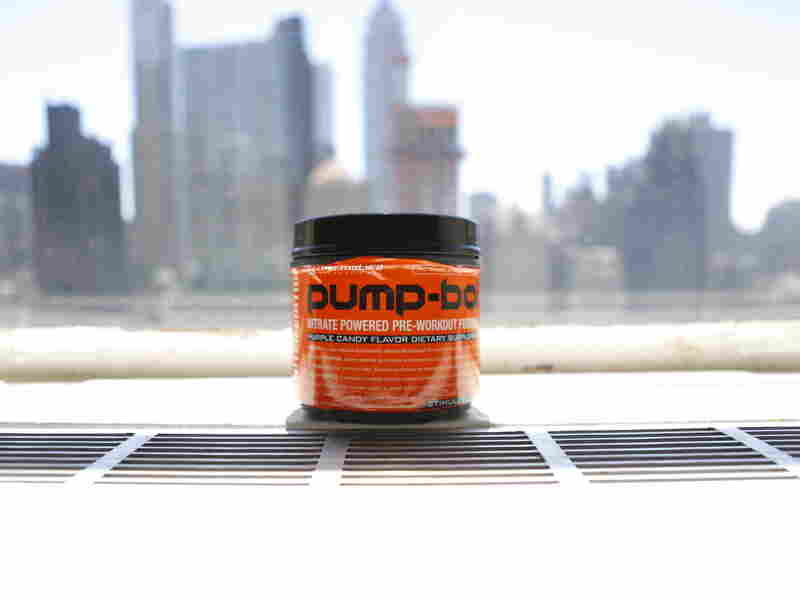 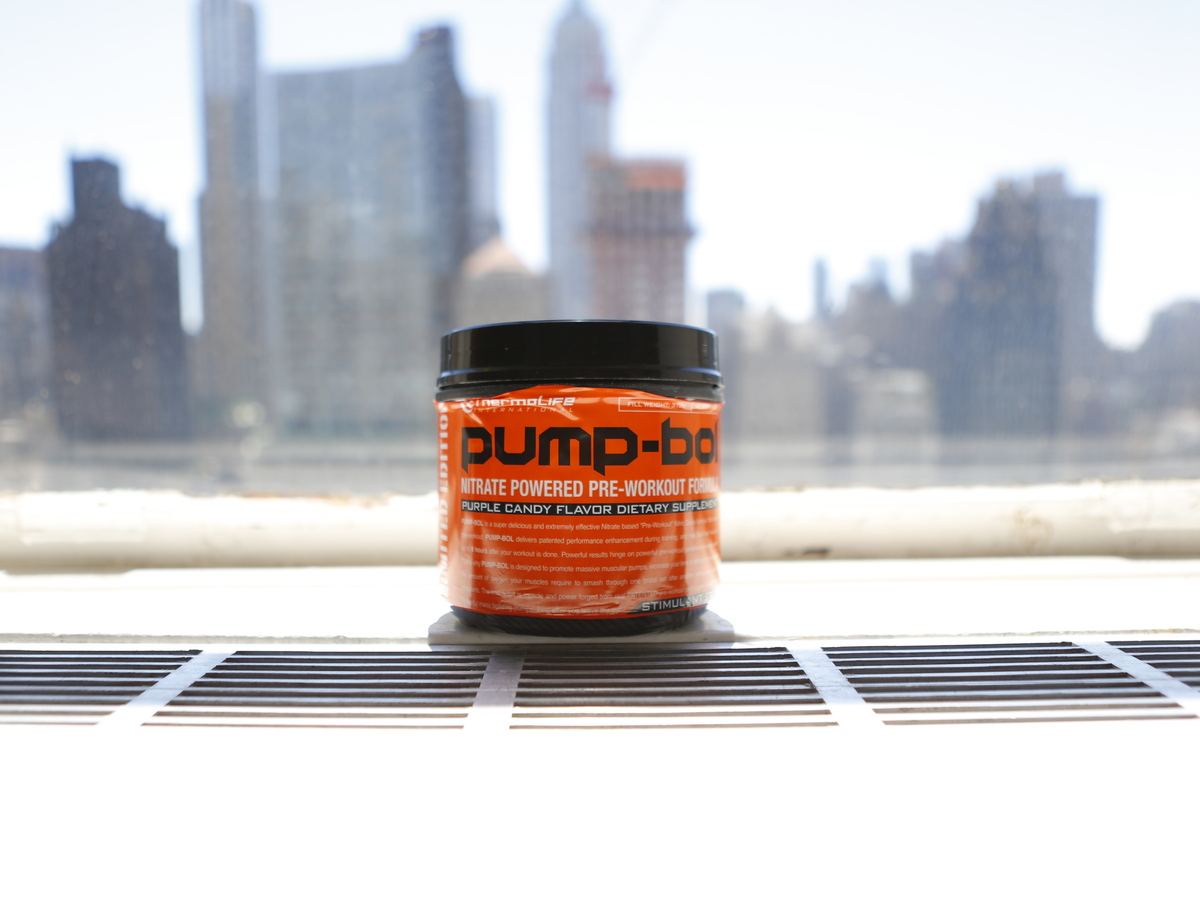 So Wheat says he called Kramer to discuss the lawsuit. "He laughed and said you'll be paying me eventually," Wheat says. "I'd say the words went downhill from there. Being a Christian man I'm not proud of myself how bad they went downhill."

Kramer wanted licensing fees from Wheat for a right to his patents. Wheat refused to pay.

"I said we'd squish him like a bug," Wheat says. "I'm a very competitive guy, and my competitive juices started flowing. I let him know we'd beat him in court."

Kramer did not return my requests for an interview. But I did check the website of his supplement company, ThermoLife, two dozen times over a course of a year. Each time I checked, seven out of nine products on the site appeared sold out.

ThermoLife filed a total of 117 patent lawsuits in 2013, making it the third most litigious patent holder in the United States, according to the patent research firm Lex Machina.

Lex Machina describes ThermoLife as a "patent monetization entity" — a company that appears to make most of its money from lawsuits rather than from selling a product.

Wheat has another term for ThermoLife: a patent troll.

These are companies that buy up patents and instead of making a product they use the patents to sue companies that do make products. They are considered such a big problem in American business that they've caught the attention of legislators and even President Obama.

"There's gold there and you can find it"

The origins of Kramer's patent are at Stanford's Office of Technology Licensing, tucked on a corner of the university's vast campus.

The OTL keeps up with some 3,000 patents based on research done by Stanford students and faculty and grants licenses for their use.

The office has had a few great successes. Most famously, two former students — Sergey Brin and Larry Page — took a license on their search patents and went on to found Google.

But, like at many other licensing offices of other universities, a lot of the patents here sit unused. If they do get used, they don't make much money. A recent analysis by Bloomberg found that almost 90 percent of university licensing offices either lose money or just break even on their patents.

So the financial pressure is on the licensing offices, says Robin Feldman, a patent expert at the University of California Hastings College of the Law.

"Patent trolls are saying to the tech transfer offices, 'There's gold there and you can find it,' " Feldman says.

In case of Kramer, the arginine patent was based on federally funded research by a Stanford professor in the early 1990s. The study, funded by the National Institutes of Health, initially showed that regular arginine use could help people with clogged arteries by increasing blood flow. But a later study found that long-term arginine use could actually be harmful to these patients.

Is this what we want public money to be spent on? Going after successful companies in a patent litigation game?

Robin Feldman, professor at the University of California Hastings College of the Law

Katharine Ku, director of the Stanford OTL, says the purpose of the office is "to transfer the technology from the university to the commercial sector. We want our inventions to be developed, by companies, and then sold to the public."

When I brought up the arginine patents and Kramer's use of them, my conversation with Ku grew tense. "You have an angle on this one that is not legit to me," she said. "I mean, they are a company. They sell product."

I asked Ku how much research they'd done on ThermoLife and Kramer before awarding the license. "I don't think we're going to look into their personal backgrounds," she replied. She also said Stanford isn't getting very much money from all the lawsuits brought by ThermoLife.

"We licensed ThermoLife because ThermoLife would be selling products in the space. We're not interested in licensing 'patent trolls' and have avoided any arrangement with them. We want to partner with companies who are going to develop a product and we have provisions about the Company having to develop and sell Licensed product in order to keep the license and to sublicense. Our license allows for infringement proceedings only if ThermoLife is developing Licensed product. We were not aware that they intended to institute so many law suits."

None of this is technically illegal. In 1980, Congress passed what's known as the Bayh-Dole Act. This was a patent and trademark law legislation designed to get federally funded university research out of the academy and into the hands of companies that could create products and put them in the hands of consumers.

But Feldman says patent trolls warp the purpose of the Bayh-Dole Act.

"Is this what we want public money to be spent on? Going after successful companies in a patent litigation game?" she says. "Universities should know who they are transferring to, whom they are partnering with. And they should have policies that keep the public interest in mind."

While there are no studies on how often university patents end up in the hands of patent trolls, there are other examples.

Feldman cites Eolas, a company that got the rights to a patent on adding plugins to Web browsers from the University of California, San Francisco. It was a patent that the inventor of the World Wide Web, Tim Berners-Lee, called "an impediment to the operation of the Web." Eolas sued dozens of companies, including Microsoft and Amazon, and won tens of millions of dollars in settlements before a Texas jury found the patent invalid in 2012.

Bodybuilder-turned-supplement-maker Wheat is now fighting in federal court in Southern California to have Stanford's arginine patent invalidated. A trial is scheduled for later this summer.