Accessibility links
As Pokémon Go Evolves, Businesses Are Squeezing Themselves In : All Tech Considered A week after its launch, Pokemon Go already has 65 million users — more than even Twitter. Local stores and national corporations alike feel the lure, and see potential for big business.

As Pokémon Go Evolves, Businesses Are Squeezing Themselves In

As Pokémon Go Evolves, Businesses Are Squeezing Themselves In 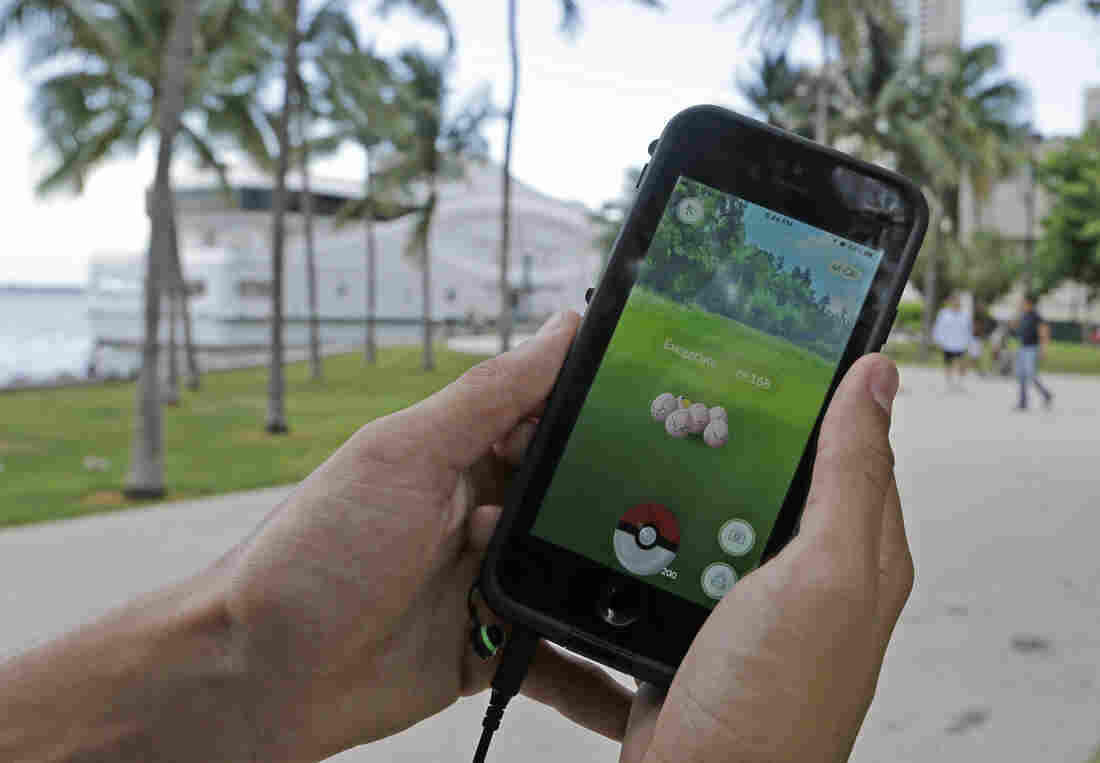 A Pokémon is found by a Pokémon Go player at Bayfront Park in downtown Miami. Businesses are looking for ways to profit from the 65 million Pokémon Go users in the United States alone. Alan Diaz/AP hide caption 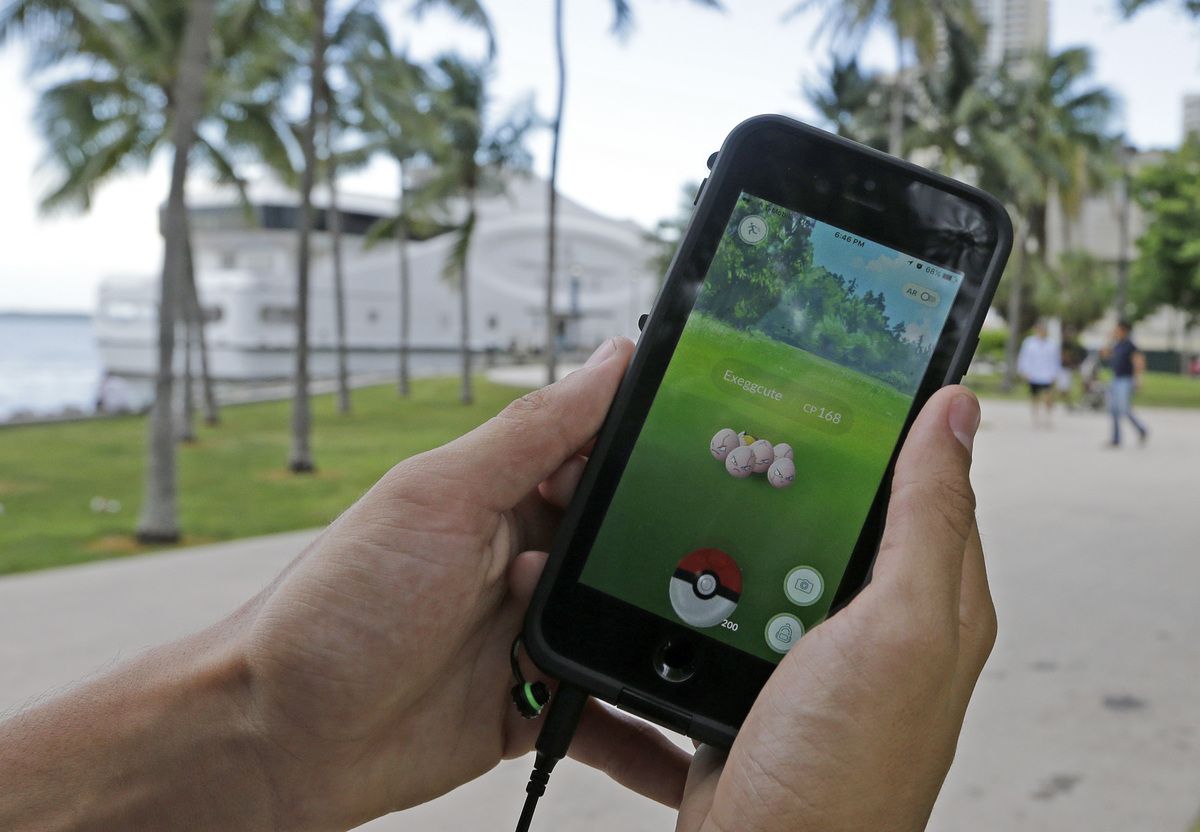 A Pokémon is found by a Pokémon Go player at Bayfront Park in downtown Miami. Businesses are looking for ways to profit from the 65 million Pokémon Go users in the United States alone.

It's only been out a week, but Pokémon Go is making more money than a Meowth using Pay Day.

According to Fortune, as of Thursday the augmented reality game already has over 65 million users in the United States alone. Quartz reports that those players are spending $1.6 million per day on in-app purchases.

Those figures haven't escaped businesses — local and national alike — which were quick to catch on to the craze and its profitable potential.

This bar actually gave us 10% off our meal & drinks cause we were LvL 5 😂! #PokemonGO pic.twitter.com/VQcDawwUh8

Players at level five or higher get a discount from Rush Street in Los Angeles, but Kaleidescope Café in Pittsburgh will give you 10 percent off just for showing you have the app. At the Silverton Casino in Las Vegas, that'll swing you a $2 draft beer (as long as you're over 21, of course). But make sure you don't miss out on the bar crawls, either.

While the game's developer, Niantic Labs, is waiting to roll out sponsorships and promotions, businesses are putting to use the publicly available tools it already provides.

Scattered throughout the world are PokéStops, where players can retrieve items, and gyms, which players can battle to control. Those are placed at notable locations — crowd-sourced into a database by players of the company's previous game, Ingress — like monuments, pieces of public art, landmarks and stores.

Go allows players to purchase and use lures, which last a half-hour and make Pokémon appear more frequently around a PokéStop. It's also an easy way to lure customers, too.

Inc. did the math and found that, for just under $1.20 per hour, businesses near a Stop can keep a lure going constantly — inviting users to stop by, buy a drink or some food, get settled, and keep playing from the comfort of their store.

Small Batch: The Rise Of (And Backlash Against) Pokémon Go

Doing just that, the New York Post reported, the L'inizio Pizza Bar in Long Island City supposedly increased its business by 75 percent. Not bad for a few bucks.

It's a strategy encouraged by the recommendation app Yelp, which on Friday revealed a search filter for "PokéStop Nearby." And the phone carrier T-Mobile announced that for one year it would give users free, unlimited data when playing Pokémon Go, in a bid to win customers concerned about draining their plans to use the app.

Speaking before the game's launch, J.C. Smith of The Pokémon Co. hinted at the opportunities for commercializing the app, but that the company was cautious about alienating players.

"We want it to be a fun world while you're in there and not be populated with Pokémon gear and products," Smith said.

That world may soon be changing, though.

Niantic CEO John Hanke, in an interview with the Financial Times, said that sponsored locations are a looming possibility. Rather than rely on lures and nearby Stops, companies could pay to turn themselves into a Stop or gym — a feature that Ingress has as well. Gizmodo suggests the company may be pursuing this with McDonald's restaurants.

Currently, for ordinary players who want to add locations — especially if their area has very few — or contest unwanted Stops, Niantic offers little beyond a Web form to fill out. So, would sponsorships leapfrog paying businesses in front of the line?

With more U.S. users than Twitter, and planned launches in 200 additional countries, Niantic has the potential to create a new, global Pokéconomy of its own.

The challenge for the company now is to monetize the popularity of its app without alienating existing or potential users.