Accessibility links
Why Some Diversity Thinkers Aren't Buying Tech Industry's 'Pipeline' Excuses : All Tech Considered Despite diversity efforts, Facebook and Google keep showing little change in the percentages of black, Latino and female workers. Facebook pins the problem on lack of talent in the education pipeline. 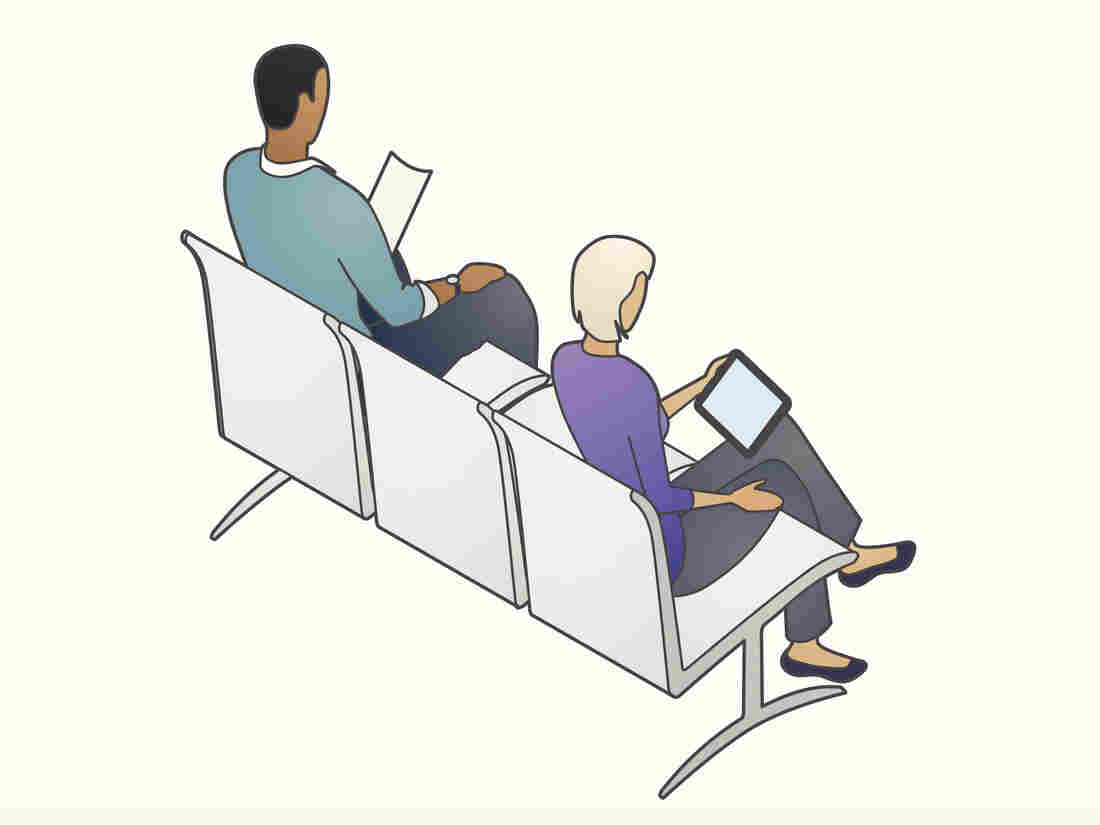 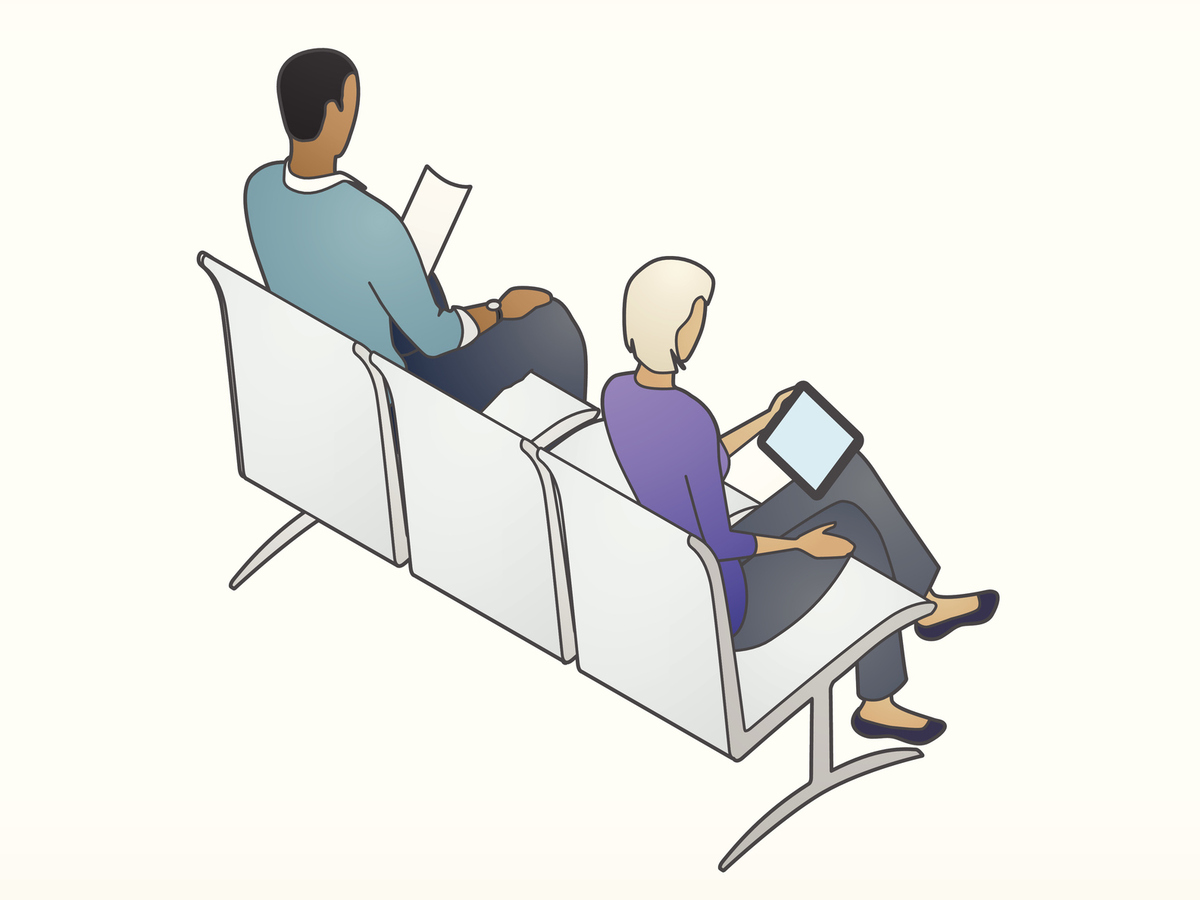 The thing about the tech industry and employee diversity reports is they can feel like Groundhog Day:

It's certainly commendable that tech giants have gotten in the habit of airing their diversity efforts and commitment to doing better. But the numbers show that actual progress in hiring more underrepresented minorities — for tech, that's black, Latino and female — seems to be stuck in neutral.

This month, Google said its total U.S. workforce in 2015 was 2 percent black and 3 percent Hispanic — unchanged from the year before. Women comprised 31 percent of all Google employees globally, up from 30 percent in 2014.

Facebook issued a strikingly similar report: Of its overall U.S. workforce, 2 percent of workers were black, and 4 percent were Hispanic — also unchanged from the previous year. Women accounted for 33 percent of global employees, up from 32 percent.

The numbers didn't surprise many — both companies are heavy ships, and can't be expected to rotate in a year. But Facebook's diagnosis of the underlying problem raised eyebrows:

"It has become clear that at the most fundamental level, appropriate representation in technology or any other industry will depend upon more people having the opportunity to gain necessary skills through the public education system."

The "pipeline" argument — that there are simply not enough properly skilled minorities for hire — has troubled diversity experts in Silicon Valley for years.

"It's always been a cop-out," says Kalimah Priforce, who runs Oakland-based Qeyno Labs, which organizes hackathons targeted at minority youth. "The pipeline has a bias. ... Their version of the pipeline is what's creating the outcome that we see."

A Facebook spokeswoman tells NPR that the education angle was never meant as an excuse for the existing demographics. Rather, it's a reflection of the company's focus on the comprehensive change needed to chip away at the years-old systemic racism that's reflected not just in the tech sector but in business in general, she says.

(Facebook pays NPR and other news organizations to produce live videos for its site.)

Engineering and computer science degrees, of course, are far from an exact measure of competency for jobs at tech companies, but that's one element that can be quantitatively analyzed.

According to National Science Foundation data, black or African-American students received more than 8 percent of bachelor's degrees in science and engineering in 2012, virtually unchanged over a decade. Hispanic or Latino students received almost 10 percent of such degrees, rising steadily from about 7 percent in 2012.

Women received just over half of science and engineering bachelor's degrees in 2012, having risen over the years, according to the NSF report. But women's share of bachelor's degrees in math and computer sciences has declined to about a quarter since peaking at nearly 40 percent in the mid-'80s.

A USA Today analysis in 2014 found that "top universities turn out black and Hispanic computer science and computer engineering graduates at twice the rate the leading technology companies hire them."

And as of that year, the U.S. Equal Employment Opportunity Commission reported that the high-tech sector (broader than just Silicon Valley) employed a larger share of whites, Asians and men, and a smaller share of African-Americans, Hispanics and women than the "overall private industry."

"This is a multifaceted problem. ... But when you hear these inane kind of platitudes and then pushing the responsibility off to the pipeline, it's insulting," says Catherine Bracy, co-founder of the Oakland TechEquity Collaborative and former community organizer at Code for America. "The fact that you can't hire people into nontechnical roles, how do you account for that?"

(At Facebook and Google, women were on roughly equal footing with men in nontechnical jobs, though black and Hispanic workers remained in single-digit percentages.)

"These are people in companies that have been wildly successful obviously," Bracy says, "and they can't imagine that there's something that they're doing that might be contributing to a negative outcome. So if what they're trying isn't working, it must be something else that's broken, not internally."

"Not a feelings problem"

Much has been said and written about the "bro culture" stereotype associated with the tech industry. And Google and Facebook (and others) have adopted "unconscious bias" training and other projects to improve hiring, pay and promotion equity, and started building relationships with historically black colleges and universities and Hispanic-serving institutions.

But what Bracy and others have called for are diversity reports that include specific, measurable goals and trackable accountability that reflects on particular managers — and the CEO. Advocates of greater diversity in tech cite Intel, Slack and Pandora as examples of an improved approach — which includes what Bracy calls "vulnerability," transparency of attempts and failures.

As NPR's Aarti Shahani has reported, "Facebook, Google and Microsoft say their goals are not publicly available. An Apple spokesperson says the company has purposely decided to not set goals."

Meet The Man Who Wants To Diversify Silicon Valley By 2040

"It's not a feelings problem, it's an operations problem," says Karla Monterroso, vice president of programs at CODE2040, which works to get more blacks and Latinos into tech. As in: Good intentions and acknowledging gaps and biases only go so far.

"A company would never stall and lose their traction for two years and not have to give a better analysis than that to its stakeholders, ever," she says of Facebook's release. "Until companies start to do as much work on their internal processes and analysis of their internal culture as they do sourcing work, we're not going to see any shift in tech diversity numbers, full stop."

The inclusion experts have various suggestions for the tech industry: Give diversity officers actual power. Consider acquisitions of minority-run businesses. Force improvements through pressure from investors (see: Kapor Capital). A qualitative assessment of true competencies of Stanford/Harvard/MIT grads and how they may be presented or surpassed by students from other, less brand-name schools or nontraditional candidates. A deep analysis of breaks in the pipeline.

The thing is, it's all been said many times before.

"It's really a generational problem that we're trying to solve," says Bracy — meaning, the new generation of startups carries the banner of hope. It's hard to turn the ship of Google or Facebook; the culture, Monterroso says, sets in from day one.