Accessibility links
South Korea Is Contending With A 'Gamergate' Of Its Own — Over A T-Shirt : All Tech Considered Controversial online feminist movement Megalia has been pushing against sexism and harassment of women in South Korea. A recent photo posted by a voice actress has sparked a new standoff with critics. 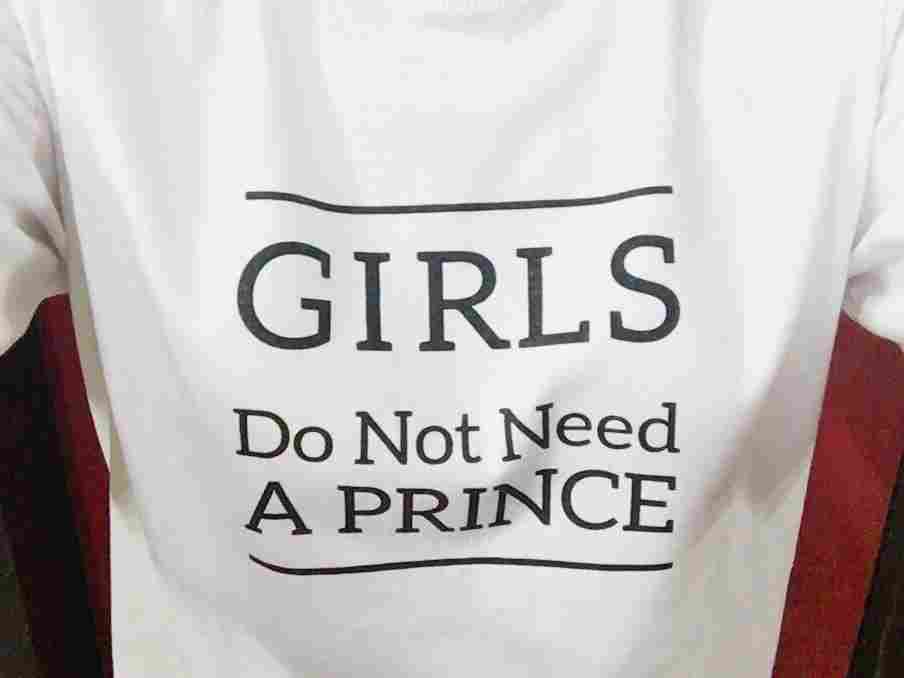 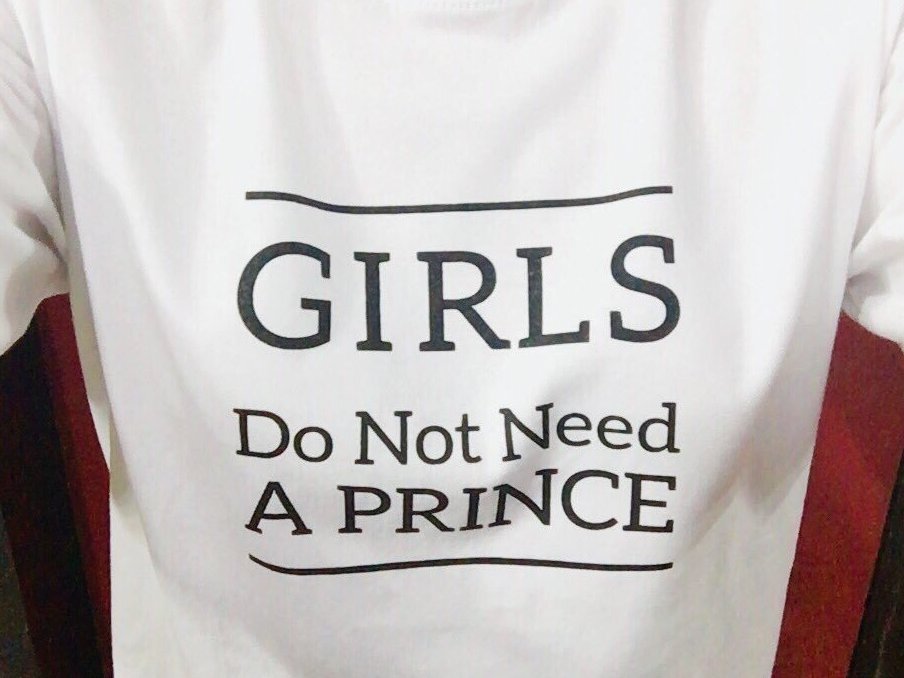 An online controversy over a South Korean voice actress's tweeted image of a T-shirt has escalated into what is now being called East Asia's version of Gamergate — a reference to the vitriolic controversy that pitted gamers, largely men, against women in tech.

Twelve hours after posting a photo of a shirt reading "Girls Do Not Need A Prince," Kim Jayeon — who had been providing a voice for the popular video game Closers — was out of her job.

Part of the problem was the source of the shirt. It's put out by Megalia4, a South Korean feminist group.

When Kim's tweet surfaced on July 18, scores of male gamers demanded that she apologize for supporting what they call a "anti-man hate group." When Kim refused to budge, they bombarded Nexon, her employer and publisher of Closers, with complaints and refund requests, and soon, she was out.

"We have to be responsive to our customers' opinions," Nexon told The Hankyoreh, a South Korean news outlet. "The voice actress exacerbated the issue by posting inflammatory tweets such as 'what's wrong with supporting Megalia?'"

(Both the company and Kim later issued statements saying her departure was a result of a mutual understanding. "We had already paid for [her] contract and the actress amicably agreed to leave," The Hankyoreh cited Nexon as saying.)

So, what is Megalia, the group at the heart of this controversy?

A portmanteau word combining "MERS" (the Middle Eastern respiratory syndrome that terrorized South Korea last year) and "Egalia," from the gender-reversal novel Egalia's Daughters: A Satire of the Sexes by Norwegian author Gerd Brantenberg, Megalia has been the emblem of South Korean popular feminism and the subject of much controversy since its inception in mid-2015.

Nevertheless, the Megalians are often criticized for their use of overly harsh language — which they argue is a parody of how South Korean men talk about women — and for occasionally misdirecting their anger.

Toward the end of 2015, the group split into factions, spawning "at least 100 new organizations," according to Kim Nayoung, a law student at the University of Michigan who's part of Korea's online feminist movements.

A major divisive issue for the movement was whether gay men married to women were dishonest and deserved to be publicly shamed. The more aggressive Megalians went on to do just that, outing a number of South Korean gay men.

Some Megalia members also face lawsuits accusing them of defamation for various comments they posted online. Many gamers accuse Megalia of being a hate group.

Megalia4, the group that sold the T-shirt featured in Kim Jayeon's controversial tweet, is the fourth iteration of Megalia's Facebook page. Created months before the split, this group operates independently of other Megalia factions. "As far as I know, I have not heard of any felony or misdemeanor [committed by Megalia4]," says Kim Nayoung.

A T-shirt fundraiser where the voice actress bought her shirt has netted about $100,000 for the organization. According to a statement NPR received from Megalia4, most of the funds went toward aid for victims of domestic violence.

One of them, a South Korean woman who asked to remain anonymous for fear of her safety, told NPR: "Megalia4 is paying all the legal fees for me to sue my father, who beat me to the point of near blindness." She is scheduled to appear in court in August, backed by a pro-bono litigation group associated with Megalia4.

The controversy over the T-shirt has galvanized the critics of Megalia itself, sparking a fast-spreading campaign against people whose views appear to align with the movement's.

"A female indie-game developer was accused of being a Megalia sympathizer and is now being bullied both on the internet forums and on the app market page for her game," Kim Hwanmin, the director of the Game Developers Guild wrote in an email to NPR.

After Kim Jayeon's departure from Nexon, other voice actors, webcomic artists and musicians who chided Nexon's handling of her situation faced mounting pressure by online hordes to reverse their stances. "Over 80 people were badgered into issuing public apologies," says Lee Junhaeng, a South Korean computer programmer and columnist.

"It's basically the South Korean Gamergate," Kim Hwanmin says about the escalation of accusations since the actress's tweet.

And the ripples are spreading beyond the gaming world, too.

Park Inha, a professor at Chungkang College of Cultural Industries southeast of Seoul, wrote in a Facebook post on July 24 that many people are accusing him and his institution for being "Megalia sympathizers" for his previous social media posts in support of feminism.

"This is misogyny, fueled by McCarthyism," says Lee. "I, a man, shouldn't even be a major source for this article, but many women just cannot come forth right now." Only three of about a dozen women contacted by NPR agreed to be interviewed.