Accessibility links
Publishers' Dilemma: Judge A Book By Its Data Or Trust The Editor's Gut? : All Tech Considered Sophisticated ways of tracking reading habits give publishers hard data that reveals the kinds of books people want to read. But a veteran editor says numbers only go so far in telling the story. 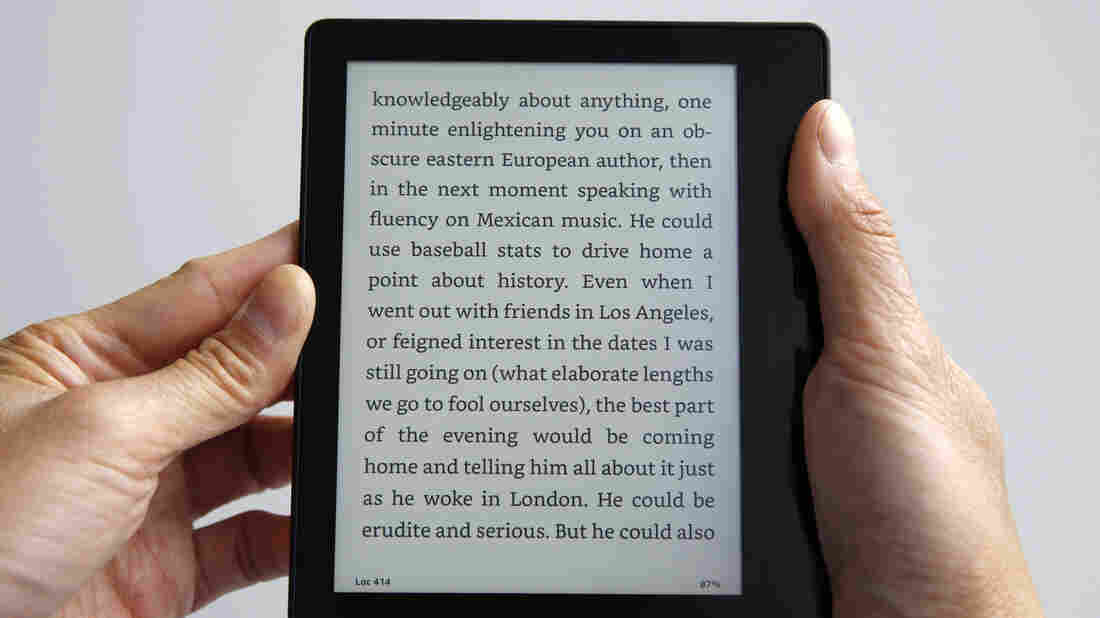 Sophisticated ways of tracking reading habits give publishers hard data that reveals the kinds of books people want to read. But a veteran editor says numbers only go so far in telling the story. Kathy Willens/AP hide caption 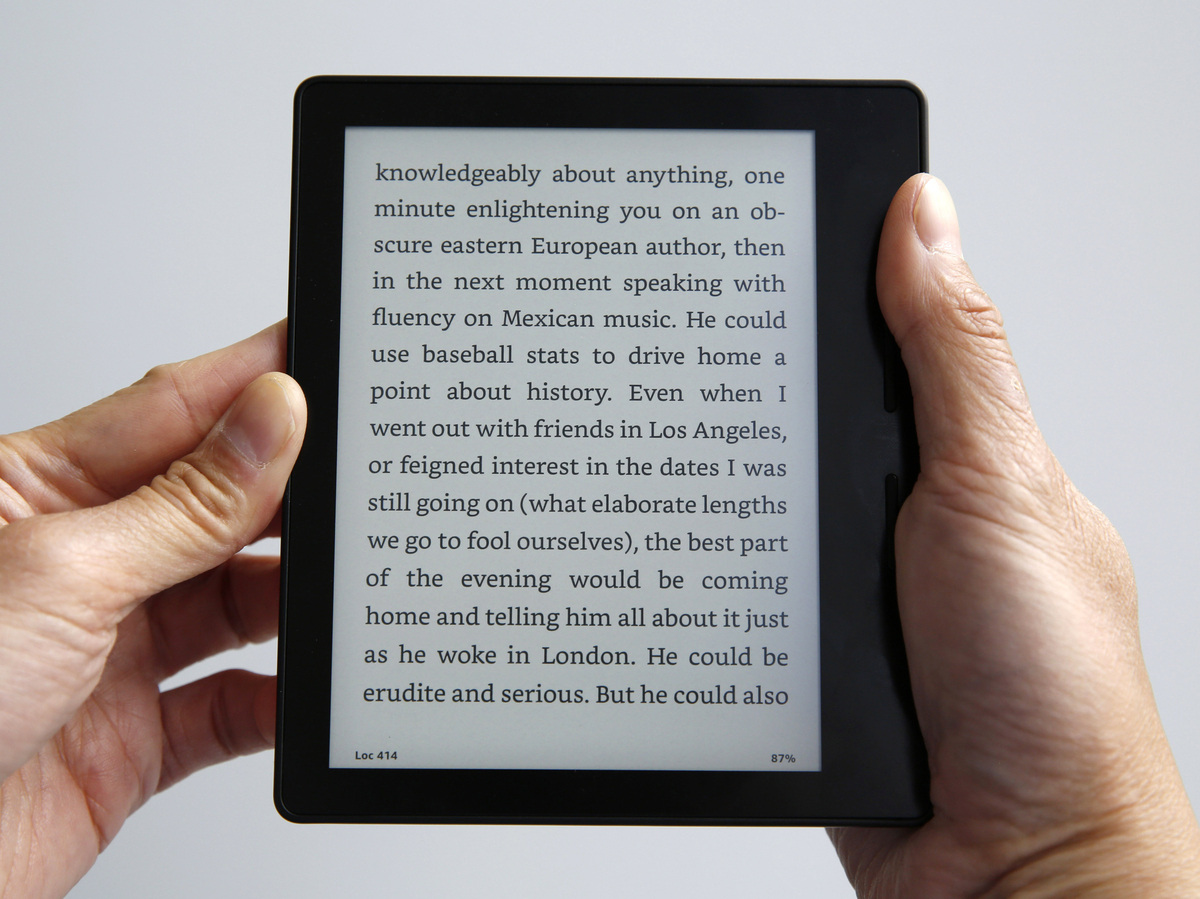 Sophisticated ways of tracking reading habits give publishers hard data that reveals the kinds of books people want to read. But a veteran editor says numbers only go so far in telling the story.

Publishing is a notoriously risky business.

A publishing house might give a first-time author a six-figure deal, only to see the book flop. It's always been hard to predict what will sell. Now publishers are getting some help from data that tells them how readers read — and that makes some people nervous.

Alan Rinzler has a long history in publishing. Starting as an editor in 1962 he worked with some greats, including Toni Morrison, and ushered in some of that era's classics: Bury My Heart at Wounded Knee and Manchild in the Promised Land. Now a freelance editor, Rinzler says publishing a book is not just a business decision, it's an act of love.

"It really is," he says. "Editors fall in love with books. They see something in it that resonates for them personally and they become passionate about it. They really have no idea whether or not the book will sell. It's strictly an intuition, an instinct."

Of course, most books don't make any money. It's the 20-80 rule, Rinzler says. Profits from 20 percent, maybe even 10 percent, of books support the 80 percent or 90 percent that don't sell. So some publishers think relying solely on instinct is just not enough.

Editors fall in love with books. ... They really have no idea whether or not the book will sell. It's strictly an intuition, an instinct.

"Data is better than your gut — yes, I have said that," says Dominique Raccah, publisher and CEO of Sourcebooks, a company that's been described as "data driven" — a description she does not dispute. She says sales data has been available for a while but now she has access to a different kind of information.

"Up to very recently we really didn't have any insights into how readers were behaving with books in terms of their reading patterns or their reading of a specific book. All of that was kind of missing," Raccah says.

Digital books made it possible to track the way people read and companies like Amazon and Apple could gather that data, but didn't share it with publishers. Now a number of businesses have sprung up that specialize in reader analytics and they are sharing their findings.

Is Your E-Book Reading Up On You?

Andrew Rhomberg is the founder of Jellybooks, a London-based company that began gathering reader data to help publishers with marketing decisions.

"But since then, publishers have discovered they can use it for all sorts of other reasons like why did a book that we launched not really sell despite having big expectations for it," Rhomberg says. "Or if it's a first-time author who seems to be selling well, are people really reading that author and [will they] buy the second book?"

To figure that out Jellybooks recruits readers by offering free e-books in exchange for allowing the company to collect reading data. It tracks whether or not the reader finishes the book — most don't get half way through. Jellybooks also measures how long it takes to read a book and asks those who do finish it if they would recommend it. Sometimes, Rhomberg says, the results are surprising.

One of the big distinctions that one needs to make ... is whether you think data is the decider, or whether you actually are simply using data as one of the forms of information that you use.

"Once you have the data that says 90 percent of readers gave up after three chapters, it's pretty clear," he says. "On the other hand there are books where the editor said this is a lovely, lovely book and she couldn't convince anybody in-house and then it turns out readers just devour it."

Rhomberg says no publisher has cancelled a book based on Jellybooks data. But Rinzler is wary. He points to Toni Morrison's first book, The Bluest Eye, which he edited. A lot of people found the subject matter — rape and incest — offensive.

"I think people given that book under reader analytics would have put it down pretty quick. And publishers might have said this will never sell," he says.

Rinzler says little is known about the readers recruited by Jellybooks, their personal tastes or their reading preferences. "They're identified as female, 51, or male, 39. If I was publishing the book or if I was the author, I wouldn't really care much what those people thought," he says.

But to Raccah, the publisher, "there isn't a lot to fear here. This is a data point.

"And I think that's one of the big distinctions that one needs to make in this space is whether you think data is the decider, or whether you actually are simply using data as one of the forms of information that you use."

Raccah says publishers regularly have conversations with authors about works in progress or their sales numbers and this new data is just one more thing to add to the mix. But it's essential, she says, to respect the writer's point of view.

"They are the fundamental creator of the work. And for me data is a methodology to help inform creativity, not a methodology for stifling it or for creating something other," Raccah says.

Publishing a book will always be a gamble, she says, and gut instinct will always play a role in choosing what books to publish. But now that it's possible to collect real data on the way people read, that will become a part of the process as well.