Accessibility links
Biologists And Citizens Disover New Species With iNaturalist App : All Tech Considered Not everyone outside staring into their phones is searching for Pokémon — some people are looking for actual wildlife. The app iNaturalist is bringing together urban biologists and curious citizens. 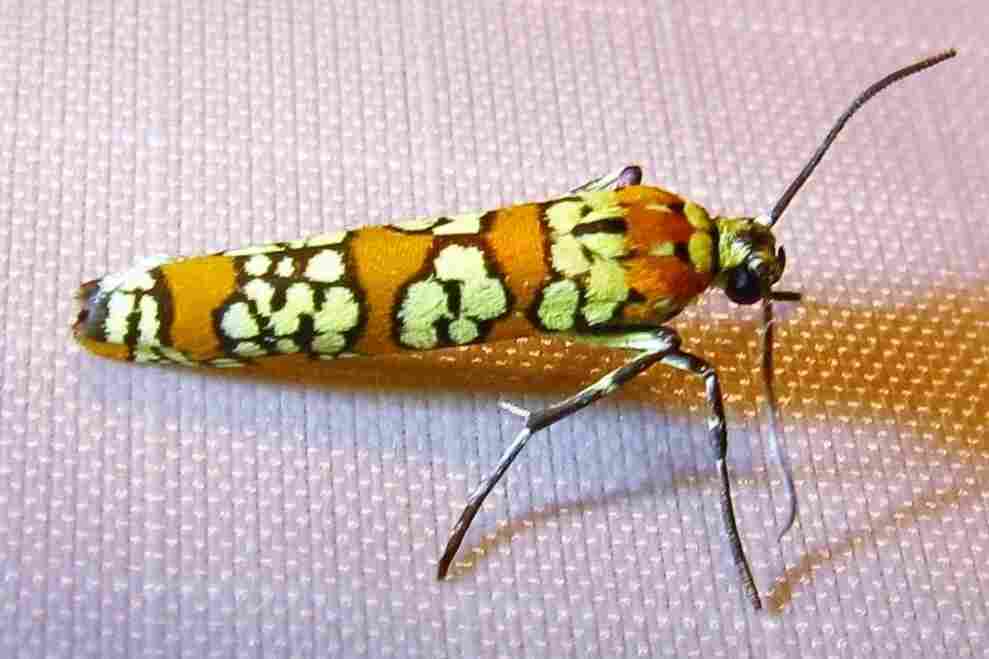 Bug enthusiast Anna Lindqvist uploads photos like this — of the Ailanthus Webworm Moth (Atteva aurea) to the iNaturalist app. Like a social network for wildlife, her location paired with the photo help both amateur and expert naturalists identify the species. Annika Lindqvist hide caption 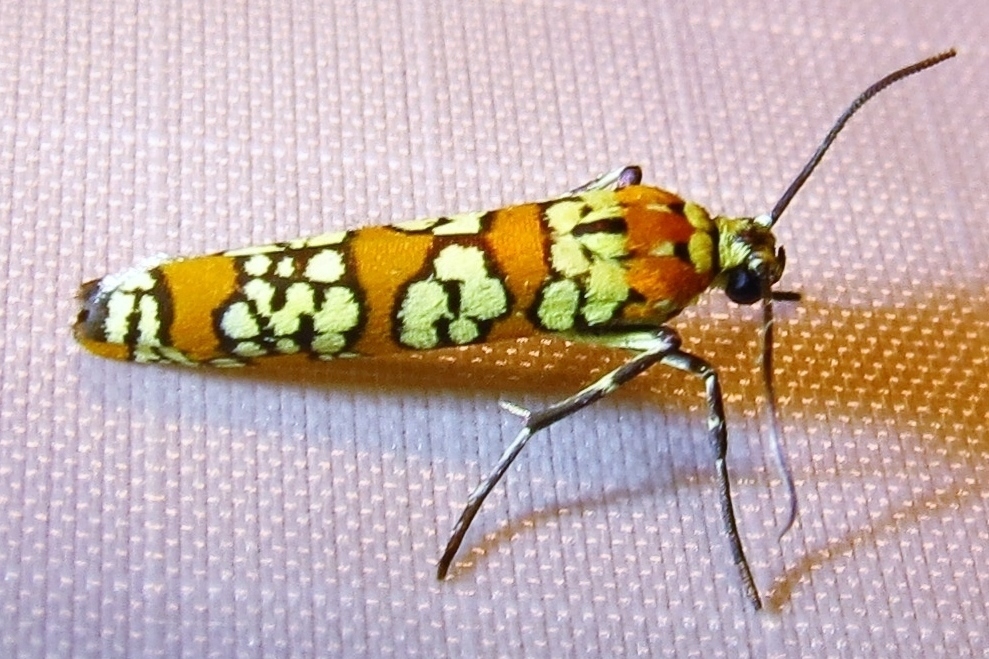 Bug enthusiast Anna Lindqvist uploads photos like this — of the Ailanthus Webworm Moth (Atteva aurea) to the iNaturalist app. Like a social network for wildlife, her location paired with the photo help both amateur and expert naturalists identify the species.

It's dusk at a park in Dallas, and white sheets are pinned up next to tall trees, fluttering like ghosts in the wind. They've been lit up with ultraviolet lights to attract moths.

A handful of people are holding up their smartphones, zooming in on the small dark specks that fly to the cloth.

"Bugs have become my obsession," says Annika Lindqvist. "And the more you look, the more you have to look at the tiny things, and when you blow them up you see that they are gorgeous."

Like a lot of bug fanatics, Lindqvist doesn't just take photos of moths — she uploads them to iNaturalist. It's like a social network for wildlife. When you upload a photo of a moth or bird to the app, it posts your location. Then, both amateur and expert naturalists help identify the species.

Lindqvist has uploaded more than 2,000 observations on her profile.

iNaturalist has grown exponentially in the past few years. There are nearly 250,000 users and about 3 million observations. At gatherings like this one, put on by the Texas Parks and Wildlife Department, people who've connected online meet in person to swap stories about giant walking sticks and learn about moths together.

Stalin Murugesapandi, an engineer by day, is one of the citizen scientists here with his smartphone. He points out a moth with feathery antennae that's landed below some mayflies.

Murugesapandi's passion is photography. Some of the moths we're looking at — including one that's meringue yellow and another with bands of olive green — will end up on iNaturalist, next to his pictures of fire ants and turquoise mushrooms. 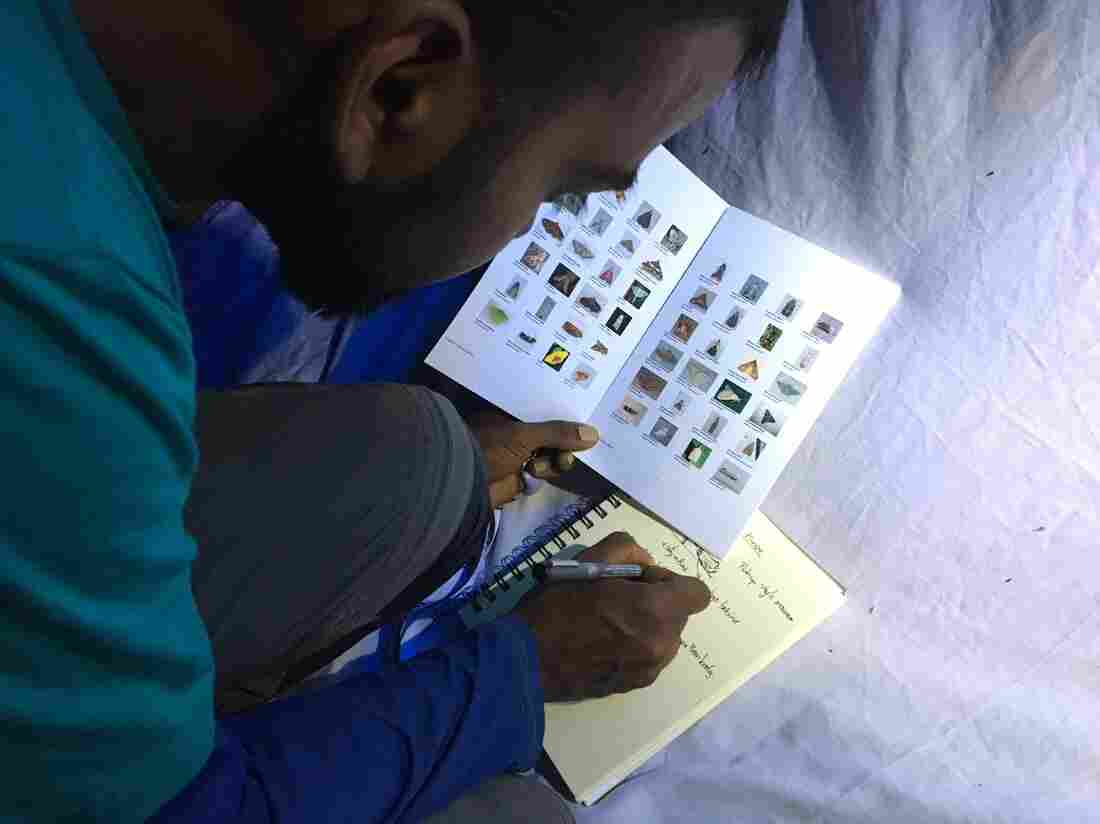 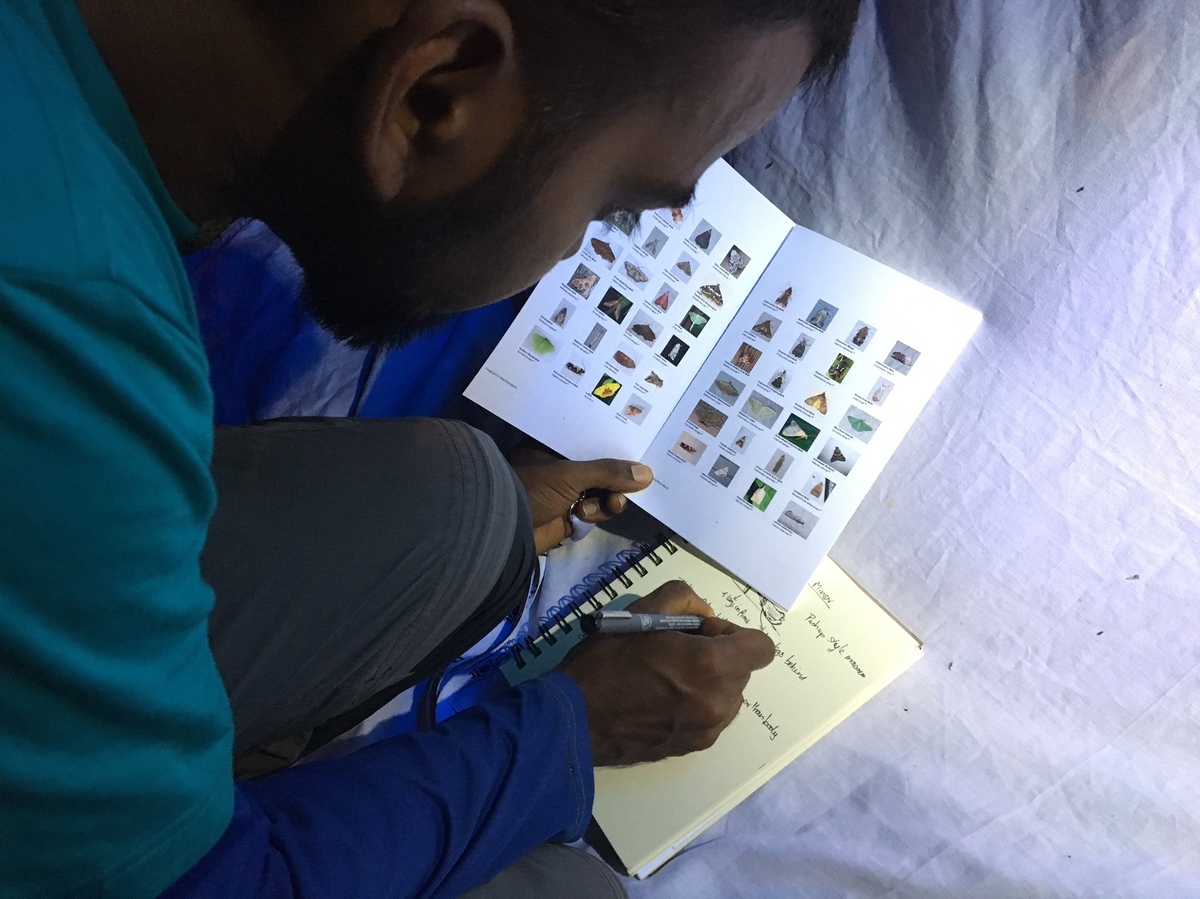 Sam Kieschnick, an urban biologist with Texas Parks and Wildlife, says an individual photo might not be groundbreaking — and true, you're not getting any PokéCoins or other rewards — but each observation adds to our understanding of biodiversity, like a mosaic or pointillist painting.

"It's just a single dot if you look up close, but when you start to take a step back, you can get to see these patterns that start to develop," Kieschnick says.

There have been major discoveries as a result of photo sharing on iNaturalist.

In 2013, for example, a man in Colombia uploaded a photo of a bright red and black frog. A poison frog expert in Washington, D.C., spotted it and eventually determined it was a brand-new species. The pair co-authored the results in the peer-reviewed journal Zootaxa.

One of the developers behind iNaturalist is Scott Loarie. He says when he partnered with naturalist Ken-ichi Ueda, the initial idea was to use it as a tool to get people engaged with nature, and later, as a tool for science.

He recalls another great discovery, in 2014, when one app user traveling in Vietnam happened to upload a photo of a snail.

"A couple of weeks later, a Vietnamese scientist who was a specialist in snails and slugs was going through and looking at pictures and said 'Wow! I recognize this,' " Loarie says.

It turned out to be a snail described on one of Captain Cook's voyages in the late 18th century. It had been drawn but never photographed.

Loarie says developers like him are trying to make science fun, to gamify it, the challenge is pleasing such a mixed crowd. You have to entertain both the world's foremost beetle expert and the 13-year-old kid who just wants to explore his front yard.

"I think that's possible," Loarie says, "Because if you think about it, natural history really is a game. It's going out there and trying to learn as much as you can about the things that you're finding in nature."

And with more than 8 million species on Earth, there's little risk you'll "catch 'em all."