Accessibility links
Uber Competitor In NYC Promises Drivers Benefits, Even Employee Status : All Tech Considered While Uber and Lyft both fight in courts to keep their workers as independent contractors, new ride-hailing startup Juno is moving to offer full employee status and other benefits. 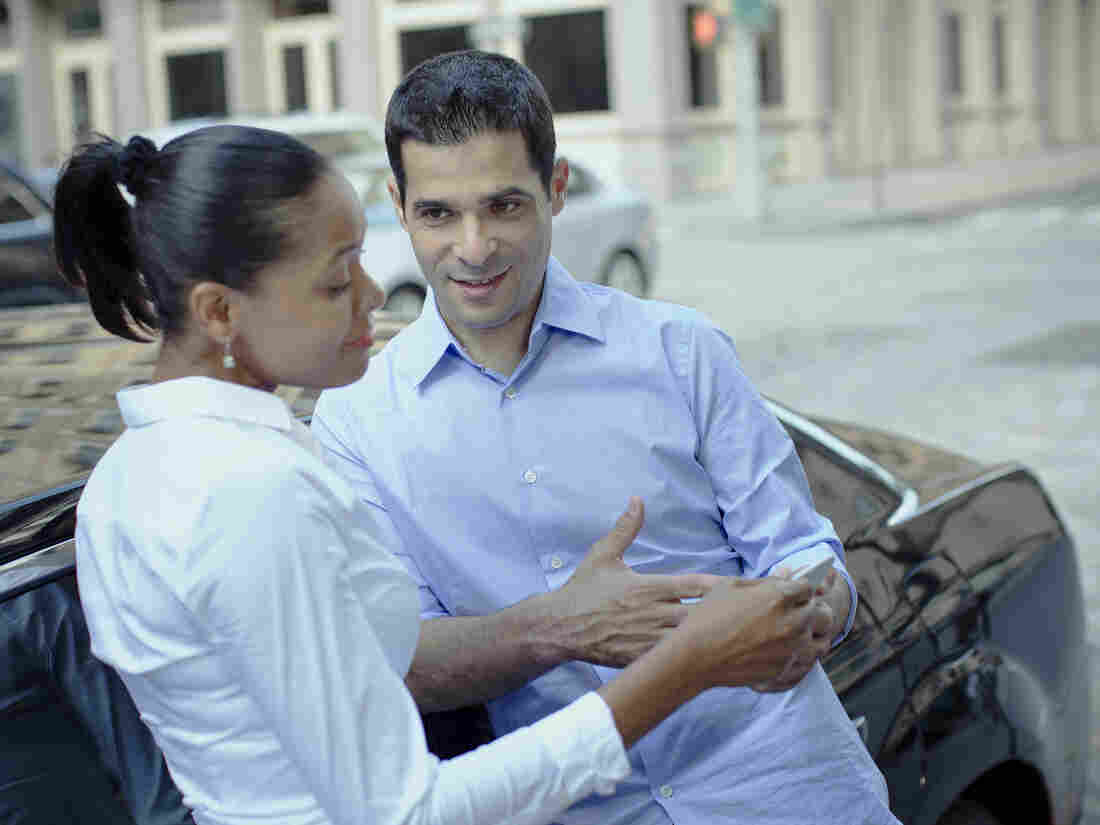 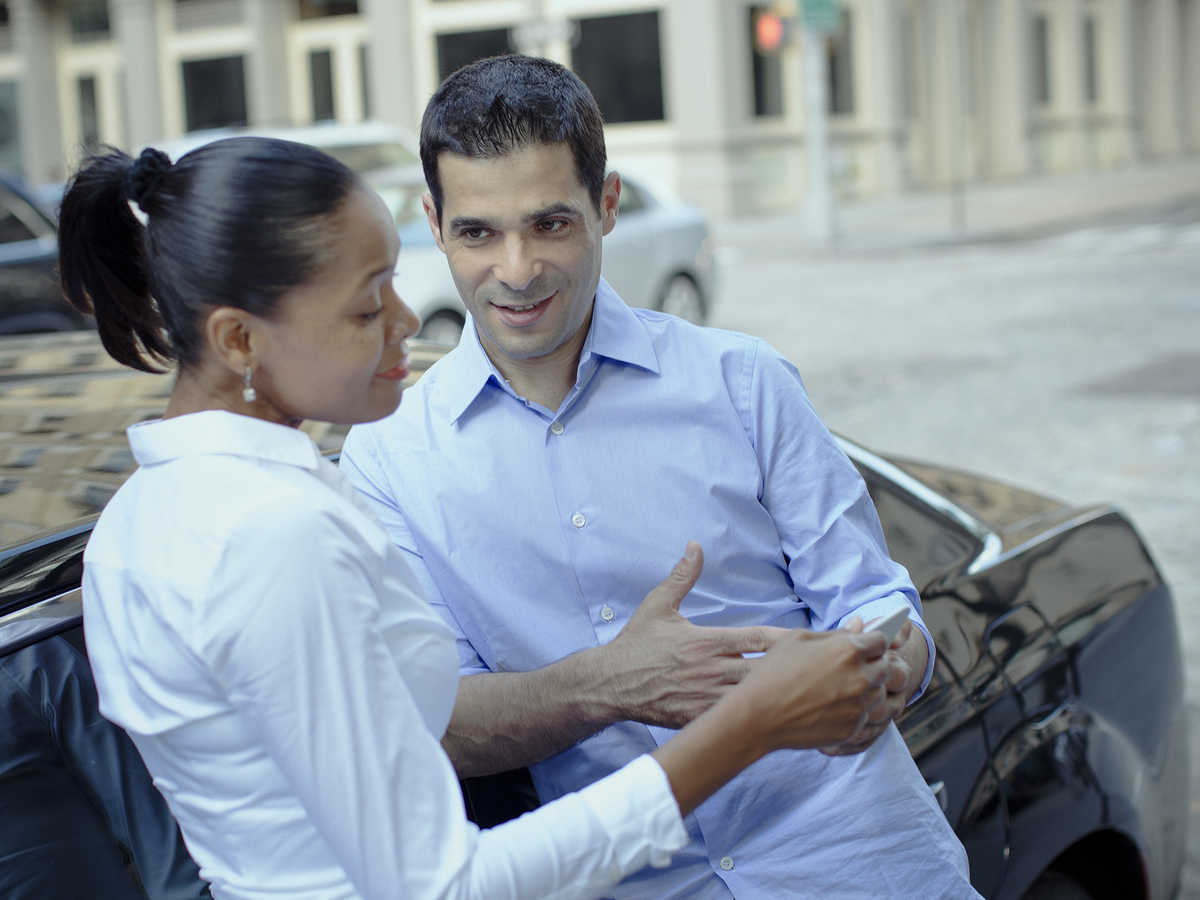 Uber and Lyft are fighting, on the same side, to make sure their drivers remain independent contractors — not employees entitled to benefits. So far, no court has compelled these ride-hailing companies to change that. But out in the free market, they're facing an unexpected battle: a new startup that's prepared to offer drivers full employee status.

Juno is not a scrappy, rinky-dink kind of startup. Its headquarters are in the tallest building in the Western Hemisphere, 1 World Trade Center, on the 47th floor. There's a majestic view of the Hudson River.

"This is actually our temporary office," Juno's CEO Talmon Marco notes. In his opinion, the view could be better. The company is set to move up to the 84th floor shortly.

Marco is a tech veteran. In 2014, he sold his first startup, Viber, a messaging app that's particularly popular in Asia, for $900 million. Now, Marco is turning his attention to the sharing, or gig, economy.

He has a starkly critical take for a man who works out of a glass skyscraper. "The sharing economy left unchecked is a sure way to slowly squeeze the little guy," he says. "And I don't claim to be a great socialist. I'm really not. But it's a great way to take the bottom tier of the middle class and push it lower."

Consider the ride-hailing industry. A couple of years back, Marco saw some news reports that drivers may be somewhat unhappy. He decided to get into cars, hold focus groups, to assess the situation himself. What he found, he says, is that the media massively understated worker discontent.

It's hard to take his word for it. To many passengers, drivers look quite happy. They smile, they chat and offer phone chargers and candy.

Marco says that while drivers have to do that to receive a five-star rating, on the inside, "they really hate ride-sharing companies, [which] have been abusing them. They're treating them like a commodity."

A commodity: a resource that's easy to find and to replace, like wheat.

For instance, consider the choice of words: When Uber lets a driver go, the company calls it "deactivation."

Uber is making a bet that in the long-term, self-driving cars will reduce the need for human drivers.

With Juno, Marco is making a different bet: that human labor really matters; and the company that keeps workers happy and wins their loyalty will win, period.

Juno has set aside half of its stock shares for drivers. Uber and Lyft, which call drivers their "partners," have set aside zero shares.

Uber is currently valued at $62.5 billion and Lyft at $5.5 billion. "When and if these companies go public, or get sold, the drivers are going to get nothing," Marco says. "So that's not real partnership."

The cost of a ride with Juno is comparable to or less than rides with its competitors. But the startup's standard commission from drivers is lower: 10 percent, as opposed to 20 percent or 25 percent. Unlike the others, Juno has a hotline with operators to help drivers on a range of issues.

Marco says Juno is also preparing to offer full employee status with benefits, paid vacation and sick leave to drivers who agree to work for his ride-sharing company exclusively. He says it's only fair to offer the option because, while drivers may set their own hours, the ride-hailing company is the one that exercises control over the other terms, the rules, the prices.

"We're not trying to run away from our responsibility," but the competitors are, he says.

For now Juno operates only in New York City, where the company says it has nearly 13,000 drivers.

Simar Singh is one of them. He says the startup "absolutely" stands out for its benefits. But that's not enough for him to quit his gigs with Uber, Lyft and other ride-hailing companies that come on the scene. His main concern is the ability to keep his car filled with passengers as much as possible.

"If you can assure me you're going to give me enough business, if you assure me that, I'm happy to drive with you all the time," he says. "I don't need too many apps. I don't have to hang up like 10 phones in my car."

Singh isn't fond of using so many apps — but so far, he says Juno doesn't have enough customers for him to quit the other companies.

It's unclear whether Juno's driver-friendly business will succeed or fold in the crowded ride-hailing marketplace.

Lyft declined to respond to Marco's many criticisms. Uber says in an email to NPR that, amid competition, the company is focused on offering "more stable, reliable opportunities" for drivers to earn money than the alternatives.