Accessibility links
QWERTY Traveled From Typewriter To iPhone, But Alternative Keyboards Do Exist : All Tech Considered The QWERTY keyboard layout has been around since the 19th century. Aren't there other arrangements better fit for the computer age? They vary from radical changes to slight alterations.

Listen · 3:02 3:02
QWERTY Traveled From Typewriter To iPhone, But Alternative Keyboards Do Exist 3:02 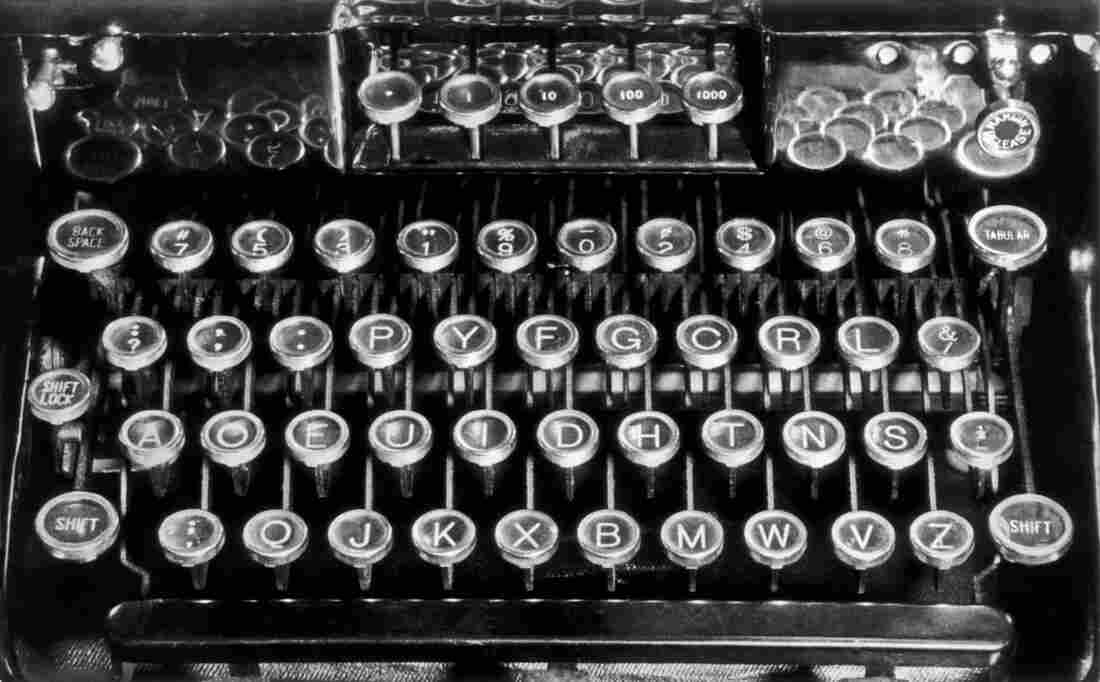 Last month, NPR asked listeners and readers and a Harvard professor what technologies have stuck around a little too long.

"The typewriter keyboard for me is the one that is most amazing," said Calestous Juma, author of Innovation and Its Enemies: Why People Resist New Technologies. 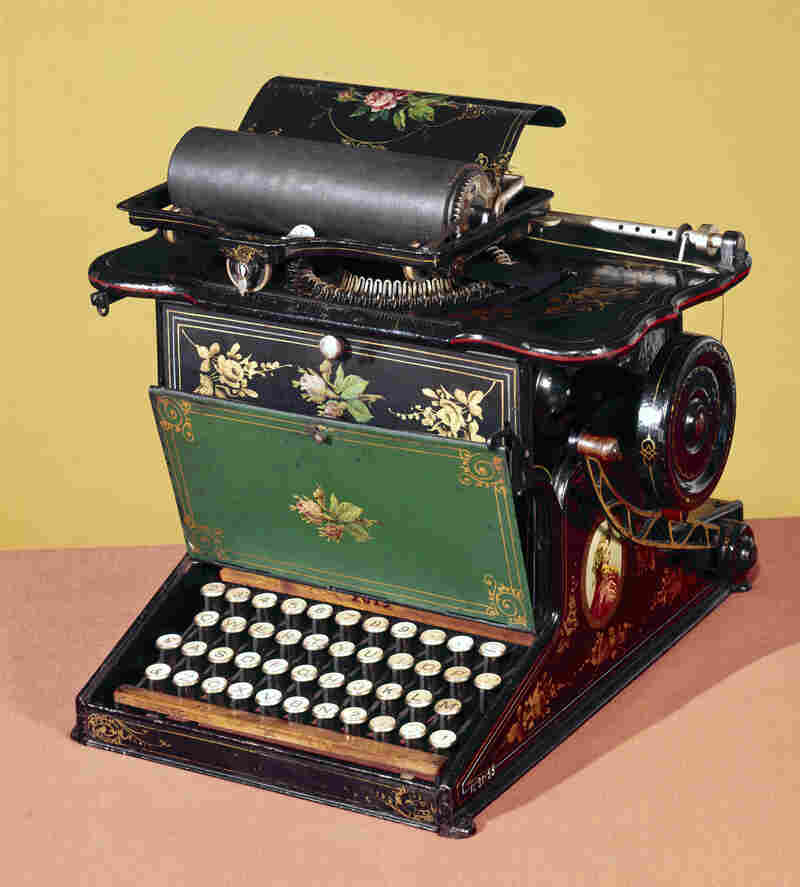 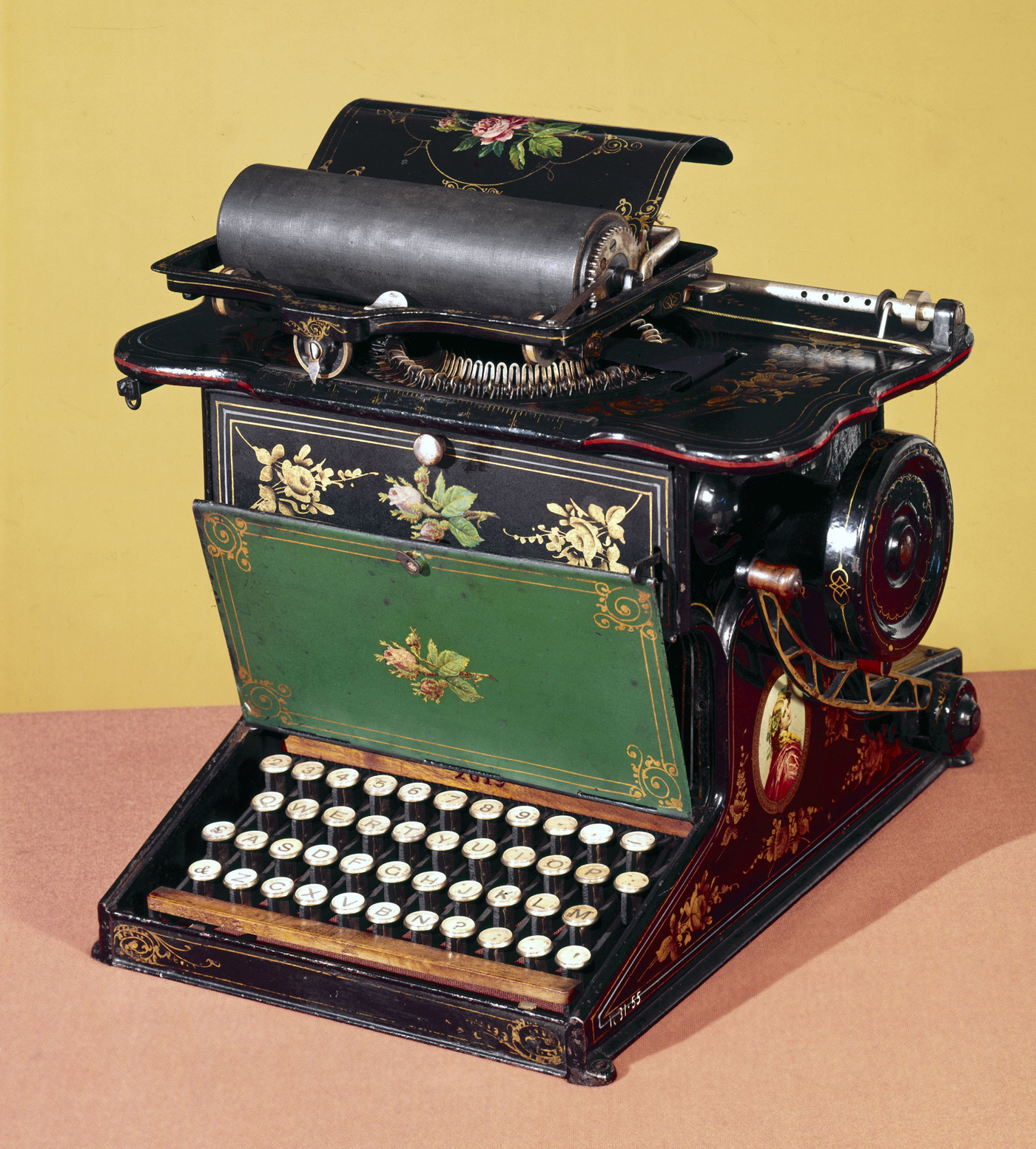 An early version of the QWERTY keyboard appears on this late 1870s typewriter.

He's talking about the QWERTY layout — in use since the earliest typewriters.

"There are more efficient ways of arranging the letters," Juma says. "It should have died a long time ago; it should have died in the '40s. I think that's really symbolic of the staying power of, in some cases, of bad ideas."

But of course, it didn't — not for lack of attempts to displace it. Several post-QWERTY systems have claimed to do the job far more efficiently.

First, there's the Dvorak, named after its inventor, August Dvorak.

"So basically you're doing almost three-quarters of your typing on the home row," Klein says. The goal is to reduce needless motion and increase speed, though research has found that compared with QWERTY, the speed increase is only about 5 percent, he says.

Next is the Colemak keyboard, named after its creator, Shai Coleman, but with a Dvorak-style ending.

"Unlike Dvorak, which is a more radical reinvention of the QWERTY layout, Colemak only changes 17 letters from the QWERTY arrangement, so it's a lot easier to learn than Dvorak," Klein says. Instead of placing the most frequently used letters on the home row, Colemak puts them under the strongest fingers, namely middle fingers. It also does away with the Caps Lock key in favor of a second Backspace key.

Both Dvorak and Colemak layouts are actually available in keyboard settings on your computer.

The next option, Klein says, will set you back about $500 — the Maltron. 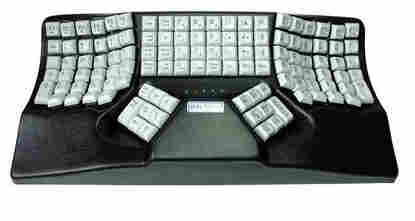 "It divides the layout into these squared areas," Klein says. The left and the right hand get separate keyboard squares and home rows, and the left thumb rests, instead of the space bar, on the E key — the most commonly used letter in the English language, he says.

"The overall aim of the Maltron arrangement, just like Dvorak and Colemak, is supposedly to allow you to type more complete words with minimal movement than with QWERTY," he says.

But as Klein points out, the alternate layouts haven't been shown to be so much faster as to spur a movement for a new keyboard, especially given how entrenched the QWERTY has become in its century-and-a-half of existence.

"I find that learning a new layout at this point is quite time-consuming," Klein says. "It really actually took me a while to really master QWERTY." And the new layouts have a steep learning curve.

Besides, with touch screens, swipe keyboards and voice dictation, we are already moving away not just from QWERTY, but from the keyboard itself.

A previous version of this post included an image described as an 1878 engraving showing a Remington typewriter with the QWERTY keyboard. In fact, that typewriter was a variation with V in place of Y in the top row, forming QWERTV instead of QWERTY.