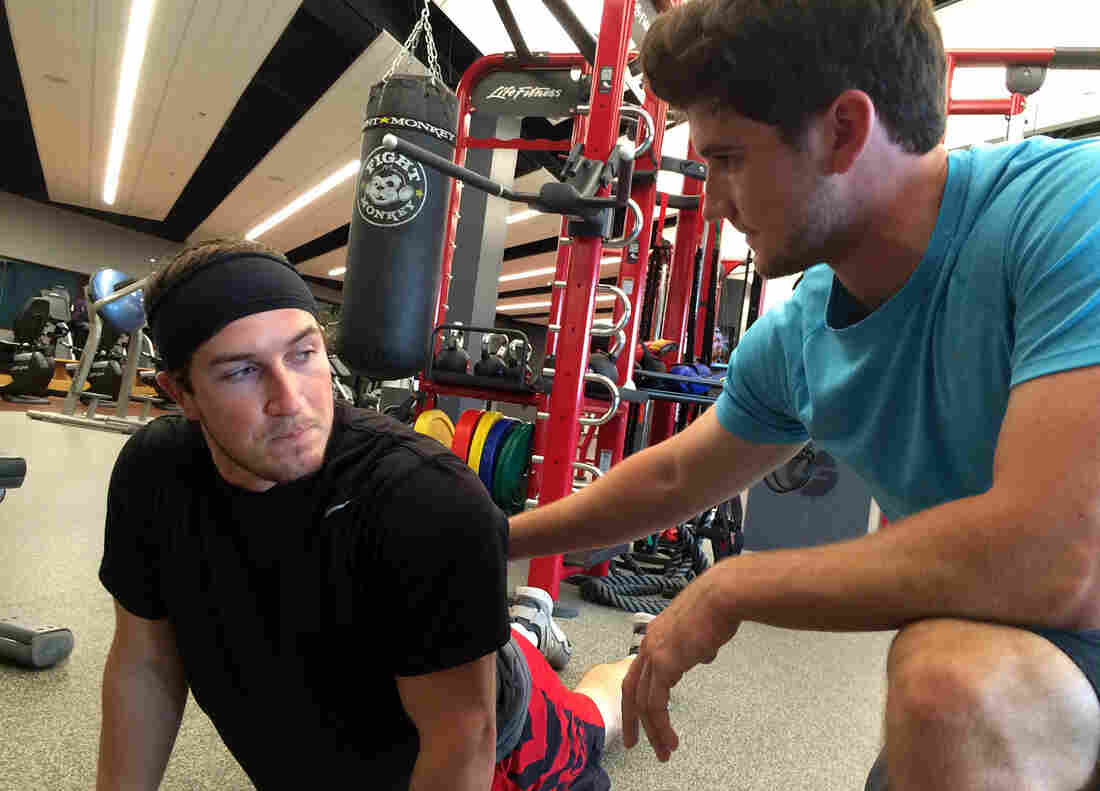 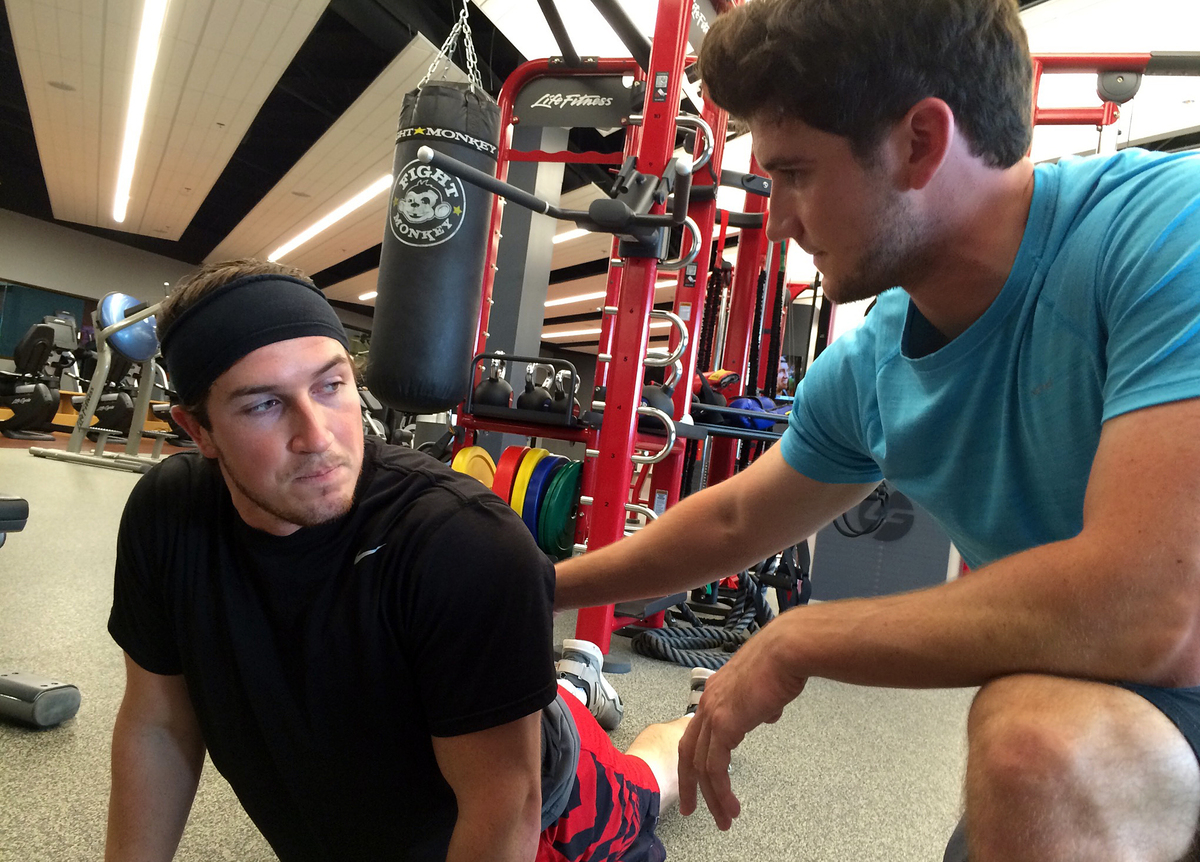 Jake Middleton (right) coaches his brother, Justin, on the cobra pose, which he says can help gamers improve their posture.

Ever since home video games were introduced four decades ago, mastering them has typically involved late nights in front of a screen, fueled by junk food.

But now that colleges offer scholarships for gamers and pro teams compete for big prizes, some gamers are heading to the gym to train.

Jake Middleton is a personal trainer who started a new business training video gamers. He says there's more to it than being parked in front of a screen.

"Really what's going on is they have elevated heart rate, they have a lot of cortisol flowing through their body," he says.

Middleton's customized in-person training, which costs $200 a month, includes exercises like yoga for posture, tossing a medicine ball to improve reflexes and cardio for stamina.

"Trying to maximize each player to where, whenever they go up and they play in their competition, they're not only just healthy and feeling the best, but they're ready to perform," he says.

This may seem like a lot of work to get a high score, but fitness training is catching on.

Robert Yip is the performance coach for the professional Los Angeles-based team, the Immortals. Teams like his compete for prize money that added up to more than $65 million last year. He says the days of a slacker hoping to make it big in gaming are coming to an end.

"You're getting paid a lot of money but at the same time, you have to treat it like it's an actual job. It's fun, but it's very, very demanding," Yip says.

You're getting paid a lot of money, but at the same time, you have to treat it like it's an actual job. It's fun, but it's very, very demanding.

He provides fitness training, meal planning and a structured lifestyle for his team of college-aged players, who spend hours a day in front of a screen. For them, the coaching isn't just to boost scores. It's also about providing balance.

On Six Flags' Virtual Reality Coaster, The Ride Is Just Half The Thrill

But what about the average gamer? Is fitness training something that could catch on?

Ben Stickler, for example, isn't after a pro gaming career or sponsorship deal, but he loves the online game League of Legends. He says if personal training can make him a better player, he might do it.

Only a handful of pro teams currently have full-time performance coaches. As more money and sponsorship go into gaming, trainers hope there will be more demand for their services, among both pros and, just maybe, the gamer up all night in his basement.

One Professor's Quest To Collect Every Video Game Soda Machine