Accessibility links
Republicans Say The Obama Administration Is Giving Away The Internet With ICANN Transition : All Tech Considered The U.S. is about to complete its long-planned handover of Internet domain name management to a global non-profit. Republicans argue it's an example of the Obama administration giving up U.S. power.

Listen · 4:02 4:02
Republicans Say Obama Administration Is Giving Away The Internet 4:02 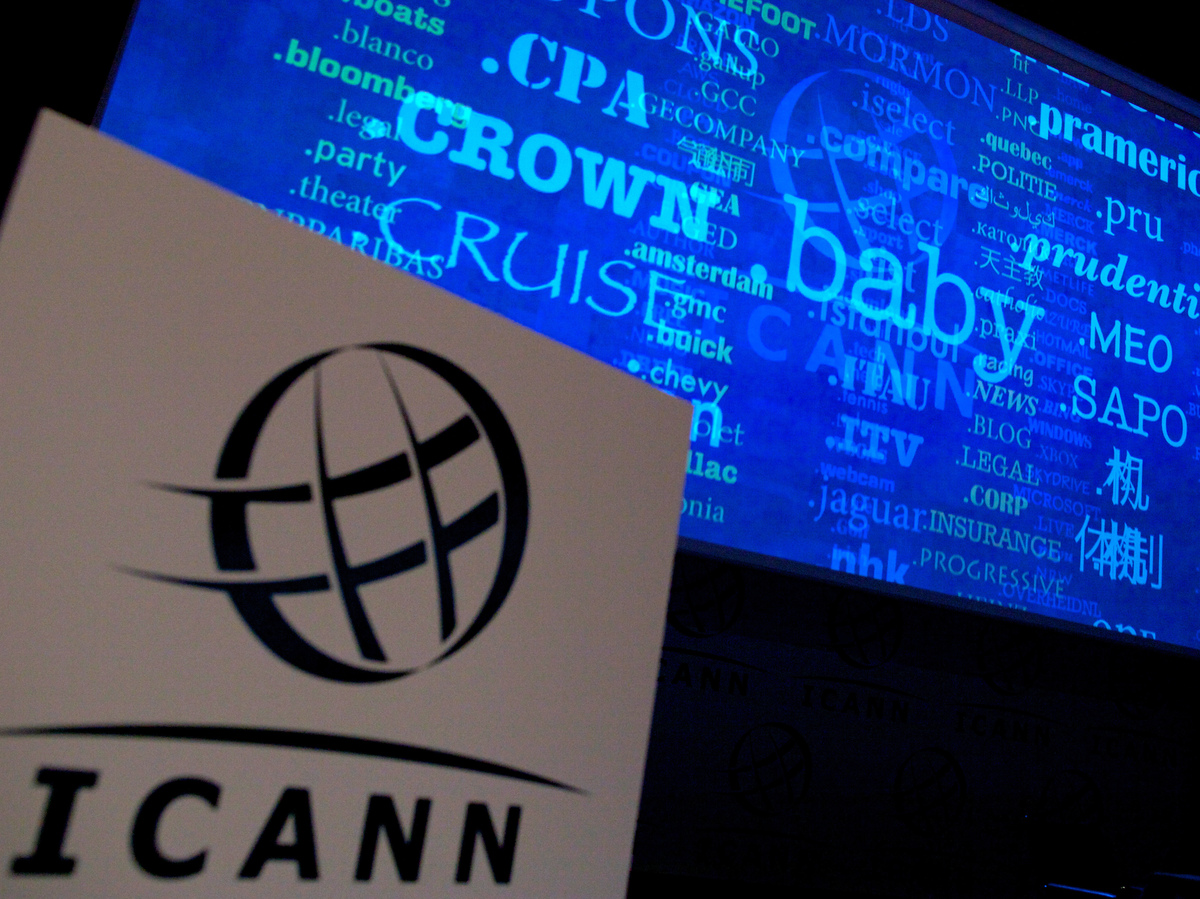 Republican lawmakers are accusing the Obama administration of allowing countries like Russia, China and Iran to take control over the Internet. Their beef with the administration focuses on a relatively obscure nonprofit overseen by the U.S. government that is scheduled to become fully independent Saturday.

The organization is called the Internet Corporation for Assigned Names and Numbers, or ICANN for short. Its history traces back to a graduate student at UCLA named Jon Postel.

He started keeping track of the unique numbers assigned to particular computers using the Internet, during its early days. Jonathan Zittrain, an Internet law professor at Harvard, says Postel kept a clipboard to make sure no user had the same number — sort of like a phone book.

"It was just sort of an honor system that would stop Caltech from coming in, or Bulgaria, from saying, 'You know what, we're going to start using those numbers,' " Zittrain says. "It's just something that would be a way of coordinating as people came online and needed to use numbers and, later, names."

Today that function is done by ICANN, a nonprofit based in Los Angeles with a budget of more than $130 million and more than 350 employees. It keeps track of millions of websites all over the globe.

Since its founding in 1998, ICANN has been overseen by the U.S. Commerce Department. But the government contract ends on Sept. 30 and the Obama administration plans to let ICANN become fully independent.

Republican Sen. Ted Cruz of Texas has waged a campaign against the transition that includes ominous sounding videos, in which he says that the phase-out of U.S. oversight will open the door to authoritarian governments taking control of the Internet.

"Russia, and China, and Iran don't have a First Amendment," Cruz says in one of the videos. "They don't protect free speech, and they actively censor the Internet. ICANN could do the same thing, putting foreign countries in charge of what you can say online, prohibiting speech that they disagree with."

Though ICANN oversees a fairly geeky administrative function, it does have an advisory panel that includes representatives of governments from all over the world. And there have been some dust-ups over the granting of new domain names, which has made some critics worry that ICANN is already being used to clamp down on speech.

Gay rights advocates have been trying to get approval for a .gay domain so that gay people all over the world can easily find resources. ICANN has been evaluating the requests for years, says Berin Szoka, president of the TechFreedom think tank that has opposed the transition. He says it's not clear what's really going on.

"It's always going to be a little bit hazy. It's going to be hard to actually know who's really driving what," Szoka says. "So here, for example, I guarantee you there are governments that have been exercising whatever influence they can to stop the creation of .gay."

Advocates for ICANN's independence say that there are a lot of safeguards in place to limit any government intrusion. The organization's global board is made up of business, nonprofit and academic leaders. The rules make it hard for governments to exert that much influence.

And, Harvard's Zittrain says, governments that want to censor the Internet already do so in much more effective ways: "There are so many other paths that the Russians or the Chinese could take and have taken to make sure that their citizens or even people around the world can't see stuff that they don't want them to see."

He points out that despite Cruz calling the transition "a radical proposal," the U.S. government has been planning to fully privatize ICANN for years — going back to the Clinton administration, continuing with George W. Bush and now Obama.

Episode 532: The Wild West Of The Internet

The plan's supporters argue that not completing the phase-out could undermine U.S. credibility. "There are people who will argue that if we don't give it up that we have bad motives," Michael Chertoff, former Homeland Security secretary under George W. Bush and Obama, told the AP.

Zittrain thinks Republicans are politicizing this to attack the president. "It's a little strange to see people who have been vocal about getting the government out of content-based decisions insisting that the government remain in the position of wielding a veto over some aspect of the flow of bits online," he says.

Cruz had pushed to include a provision to preserve U.S. oversight of ICANN into the Senate's spending bill, but the legislation's most recent version didn't include it. He is now urging House Republicans to take up the cause.

And though Cruz and Donald Trump have their differences, last week the Republican nominee came out in support of Cruz's efforts to stop the transition.