Accessibility links
When Phones Went Mobile: Revisiting NPR's 1983 Story On 'Cellular' : All Tech Considered The report titled "Cellular Phones Are Completely Mobile" features a man who was "among the first 1,500 customers to use a new mobile phone system called cellular." 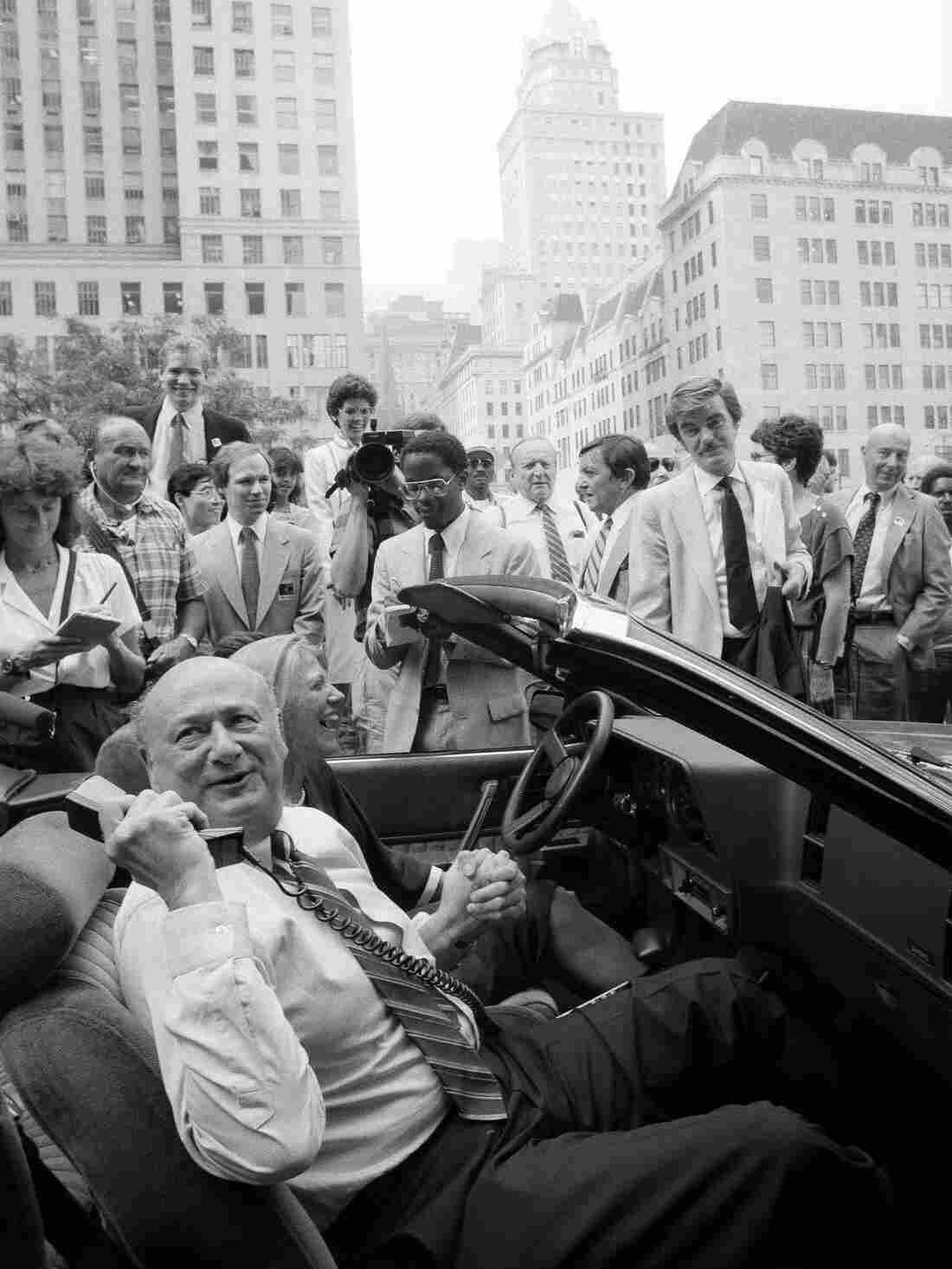 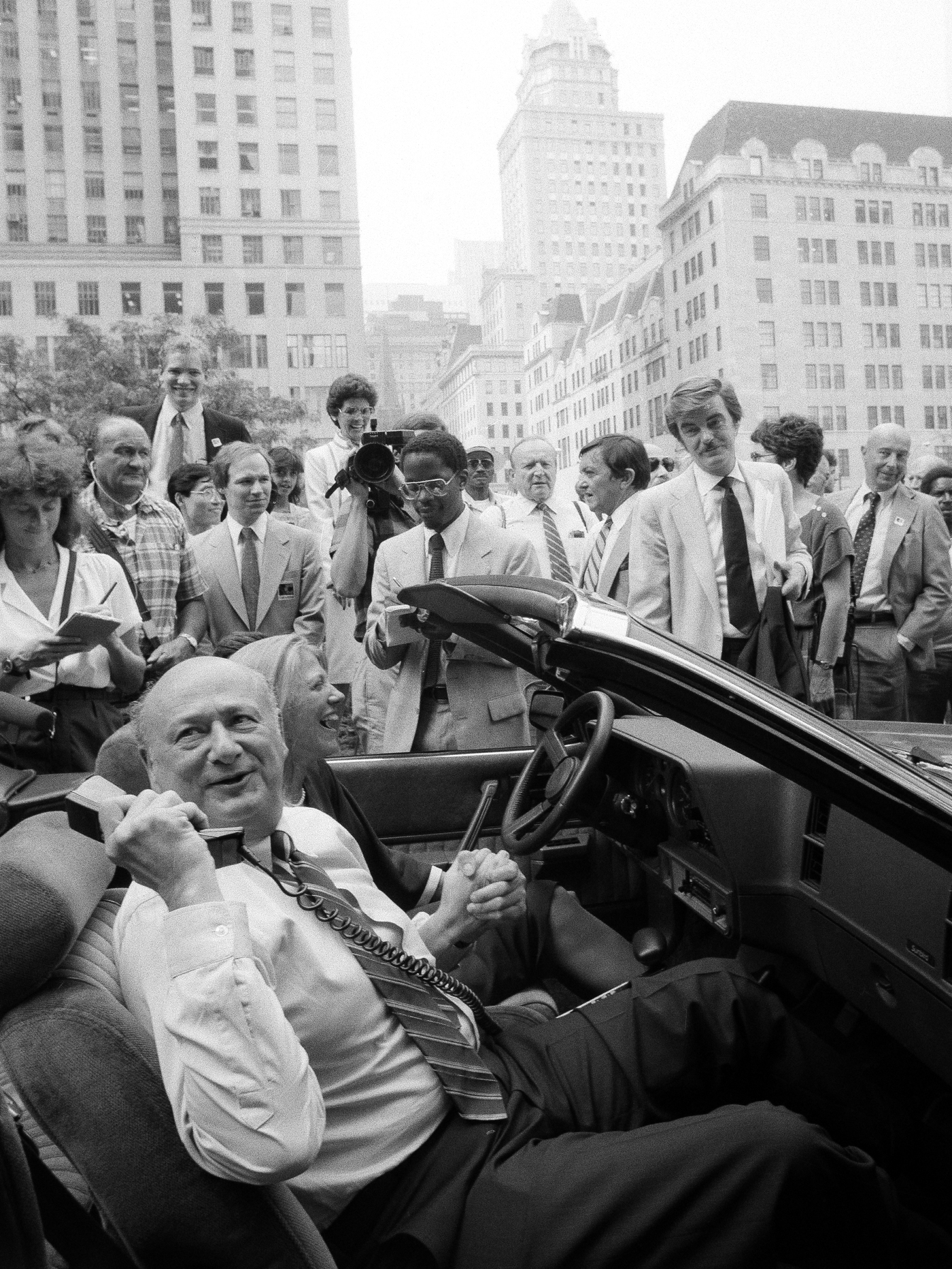 A decade after Martin Cooper made the world's first public call from a portable phone in 1973, telephones were becoming truly mobile.

"It's still pretty rare to see someone using a telephone in a car. But it's about to become a lot more common." That's how NPR host Jim Angle introduced a piece on Nov. 5, 1983, titled "Cellular Phones Are Completely Mobile" — the earliest mention of the term found in NPR's archives.

Father Of The Cellphone 'Unleashed' World's Callers From Copper Wires

From the vantage point of 2016 — where mobile devices outnumber people — the story is pretty mesmerizing. It features an insurance salesman from Chicago named David, who is "among the first 1,500 customers to use a new mobile phone system called cellular," says reporter Linda Wagner.

David's old mobile phone used a "party line system," she explains. It bounced multiple calls off one high-powered transmitter, which in David's case had only 12 radio frequencies available, Wagner says, meaning "only 12 people in a 50-mile radius could use the system at once." 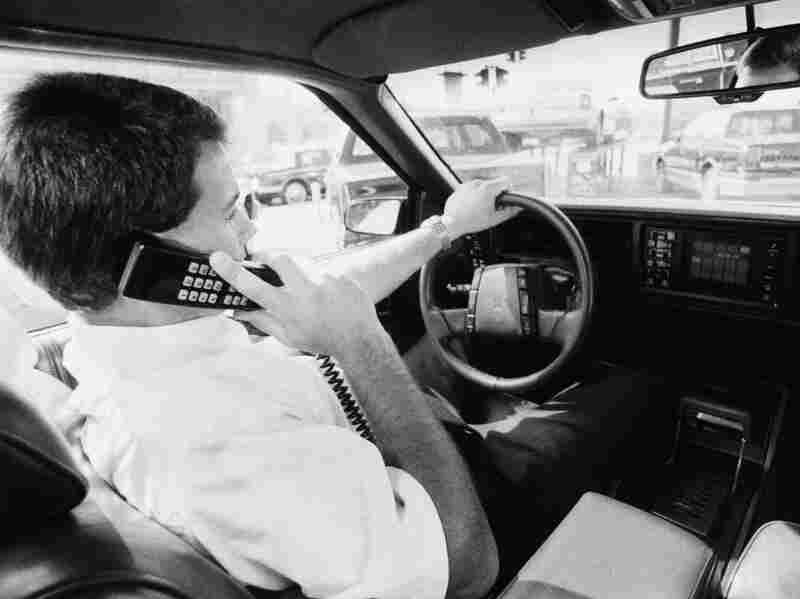 The original caption to this 1989 photo read, "Cellular phones are being offered by many car manufacturers as optional equipment for drivers who can't bear to be out of touch, even on the road." Richard Sheinwald/AP hide caption 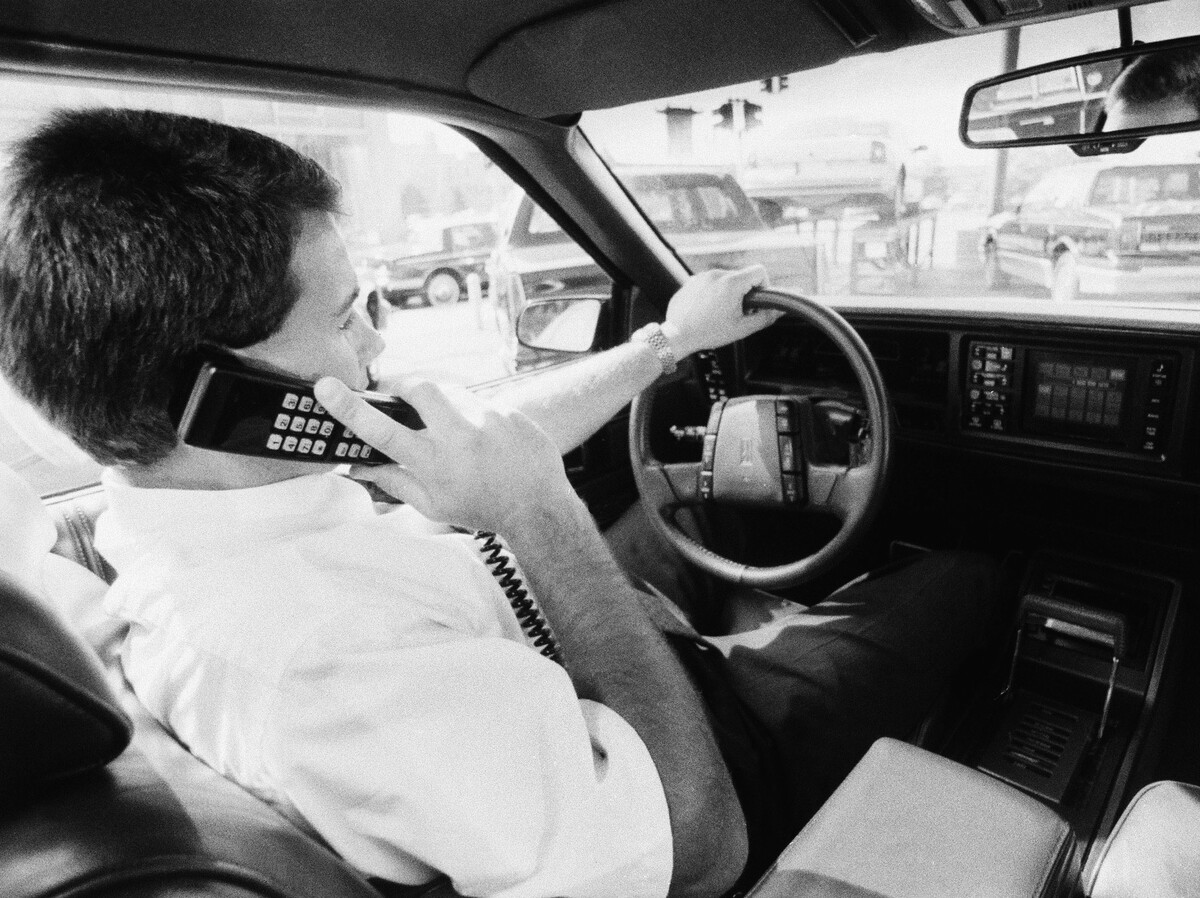 The original caption to this 1989 photo read, "Cellular phones are being offered by many car manufacturers as optional equipment for drivers who can't bear to be out of touch, even on the road."

But here she recorded the launch of "cellular" — cities divided into "cells" that connected into a network that handed off the signal from one radio antenna to the next, continuing the call even as the caller traveled from one area to another.

This was a big deal. Wagner says under the previous system, only 1,000 people could be mobile phone consumers in Chicago, a city of some 3 million. "With cellular technology" — Wagner makes what in retrospect is the understatement of the century — "the market seems wide open."

She predicts that by the end of 1984, cellular mobile phones will be operating "in New York, Detroit and other major American cities."

Insurance salesman David could now work while driving. He could "direct-dial to any number or receive calls from any number in the world," Wagner says.

She describes him reaching to the touchtone phone to the right of his driver's seat. He enters the number and pushes the button marked "send" and picks up the receiver, which he calls a "headset." 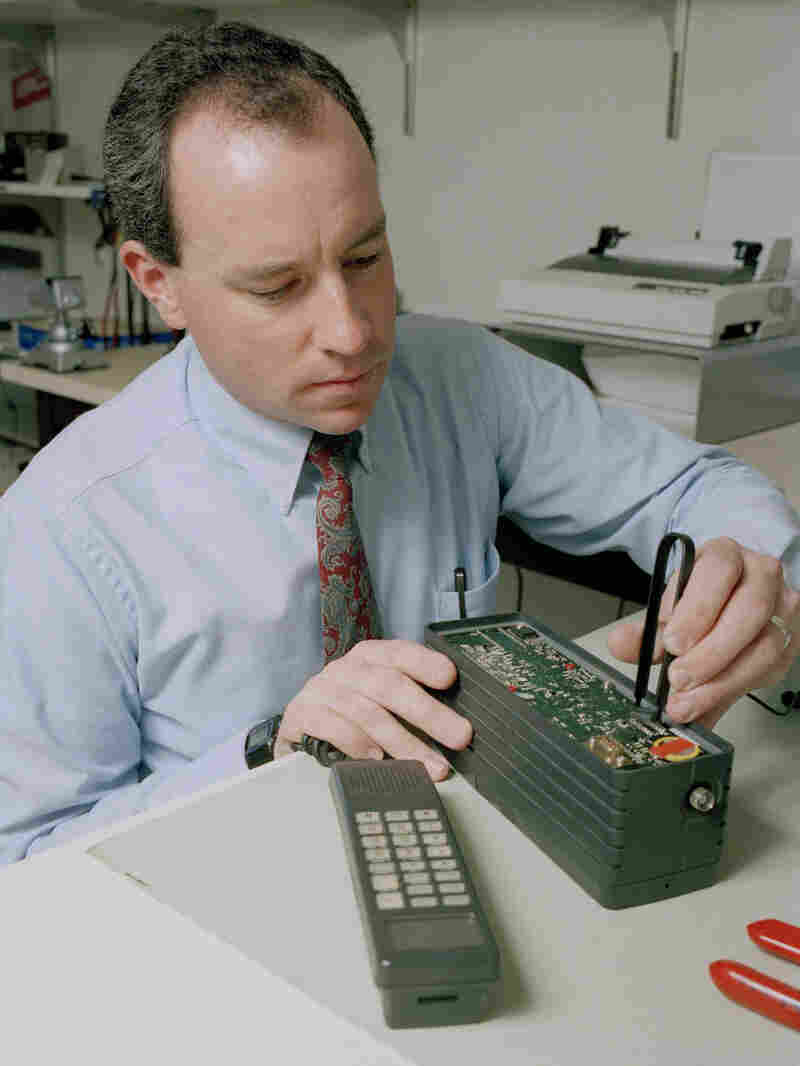 A phone number assignment is inserted into a cellular phone in California in January 1992. Alan Grath/AP hide caption 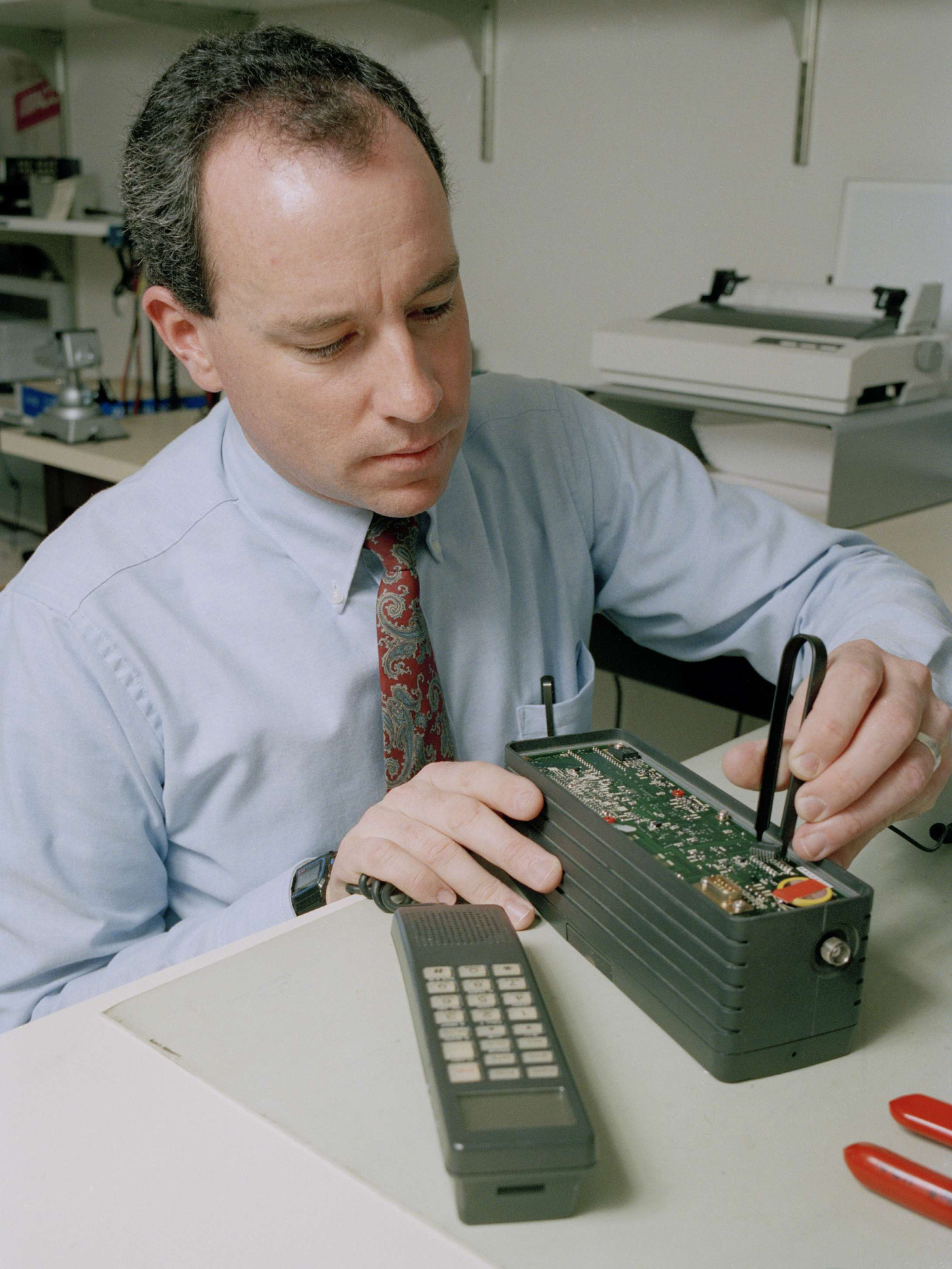 A phone number assignment is inserted into a cellular phone in California in January 1992.

"If I wanted to, I could put this headset down and talk to you over the microphone," he says. He has "essentially a speakerphone in the car," he explains.

Remember, this is 1983, when phones still looked like hefty bricks — almost a decade before the first text message of 1992, which had to be typed on a computer because, well, phones didn't have keyboards.

David's swanky car setup cost him $3,300 for the hardware: a phone, "a transmitting box the size of a small briefcase that fits into his trunk" and something Wagner calls "wiring charges." In addition, the service itself cost on average roughly $2,000 a year.

In other words, this was quite the luxury item — "not like putting a phone in your house," David says, to remind you again that we're in 1983.

"But what it boils down to is that it's cost-effective," he continues. "I'll be able to utilize what really amounts to dead time when you're driving in your car. There's not much you can do," he says. "You can't write letters."