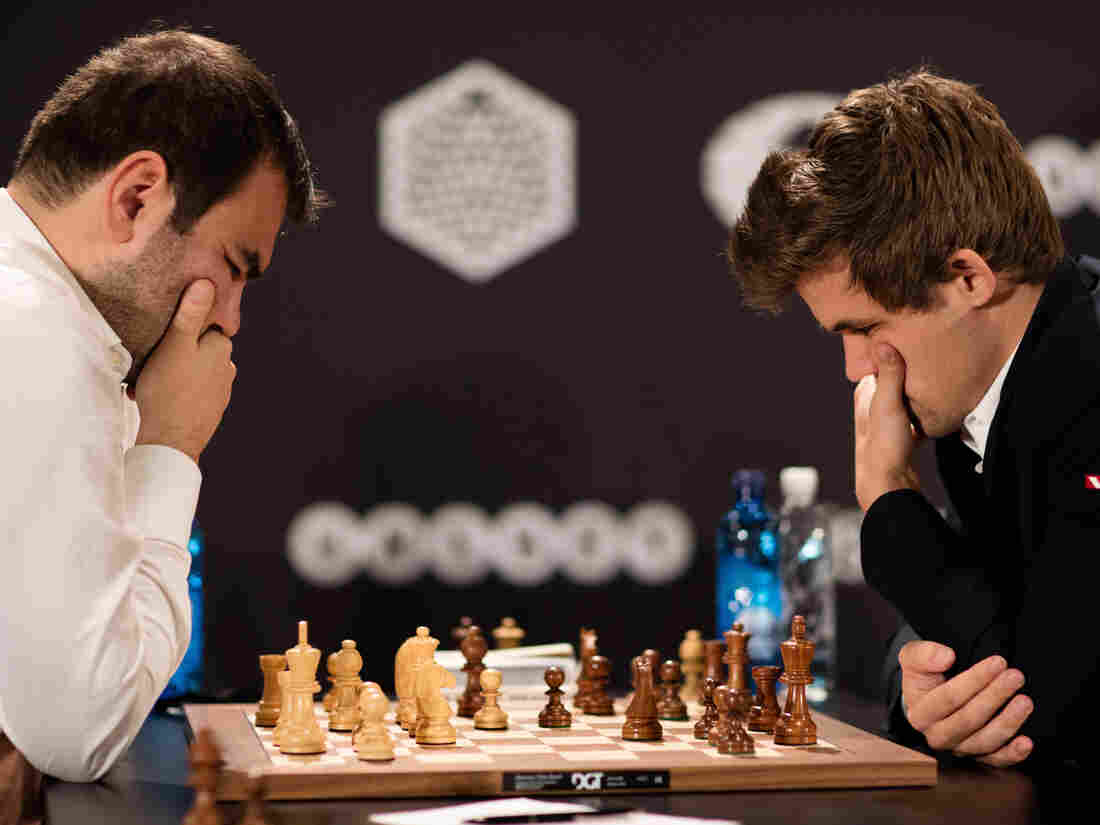 World chess champion Magnes Carlsen (right) won't play his computer or play the game like a computer. Instead, he chooses his strategy based on what he knows about his opponent. Sebastian Reuter/Getty Images for World Chess by Agon Limited hide caption 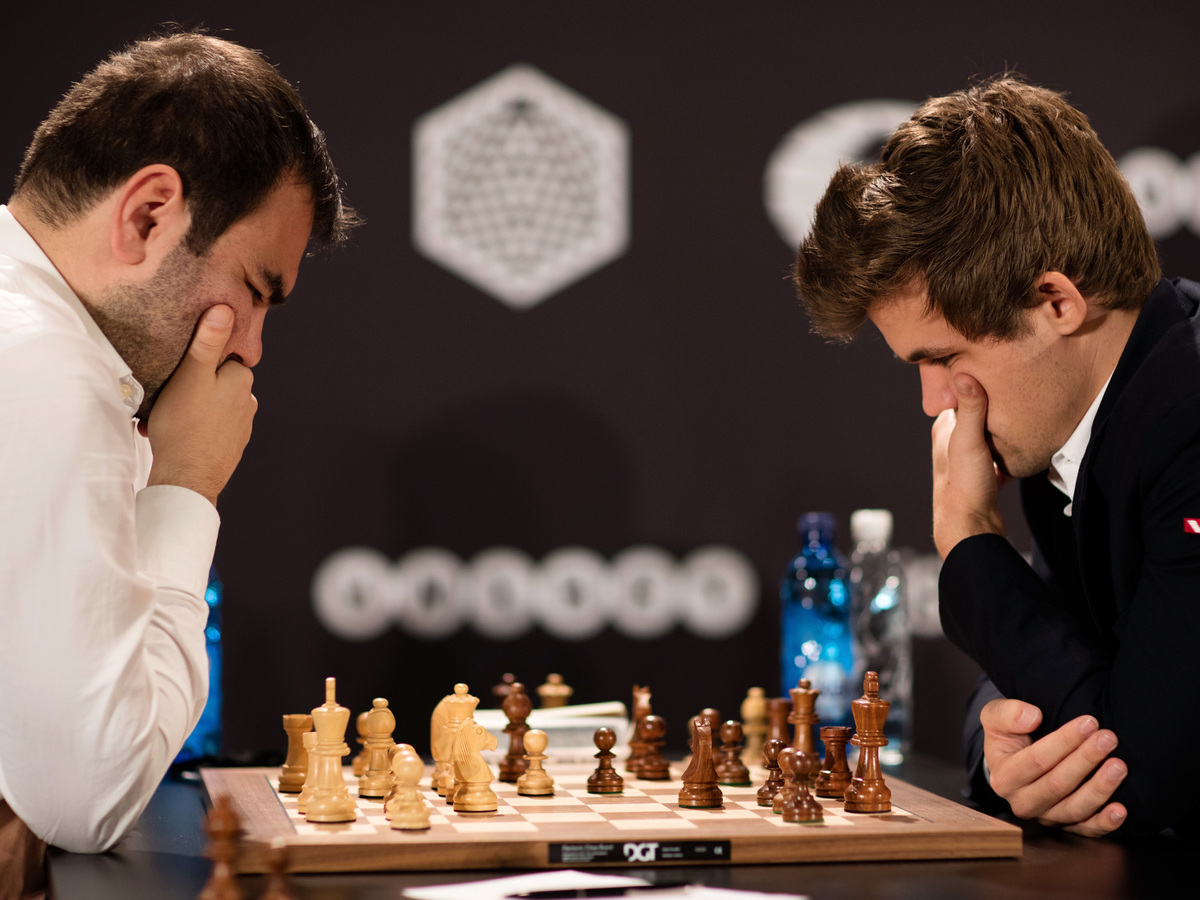 World chess champion Magnes Carlsen (right) won't play his computer or play the game like a computer. Instead, he chooses his strategy based on what he knows about his opponent.

Next month, there's a world chess championship match in New York City, and the two competitors, the assembled grandmasters, the budding chess prodigies, the older chess fans — everyone paying attention — will know this indisputable fact: A computer could win the match hands down.

They've known as much for almost 20 years — ever since May 11, 1997. On that day, IBM's Deep Blue defeated the great Garry Kasparov who, after an early blunder, resigned in defeat.

"I am ashamed by what I did at the end of this match. But so be it," Kasparov said. "I feel confident that machine hasn't proved anything yet."

Kasparov's confidence proved unjustified. In the years since, computers have built on Deep Blue's 1997 breakthrough to the point where the battle between humans and machines is not even close. Even chess grandmasters like author and columnist Andrew Soltis know this to be true.

"Right now, there's just no competition," Soltis says. "The computers are just much too good."

And as it turns out, some players prefer to stay away from computers as opponents, he says.

"The world champion Magnus Carlsen won't even play his computer," Soltis says. "He uses it to train, to recommend moves for future competition. But he won't play it, because he just loses all the time and there's nothing more depressing than losing without even being in the game."

Magnus Carlsen, who's Norwegian, defends his title against Sergey Karjakin of Russia, in November. Carlsen is 25. Karjakin, 26.

They have both arrived at the highest ranks of the game in an era when a $100 chess computer can easily dispose of them both.

That superiority had been pursued and imagined for decades.

There was a chess match in the movie 2001: A Space Odyssey. HAL, the computer, versus Frank, the astronaut.

The chess match in 2001: A Space Odyssy between HAL, the computer, and Frank, the astronaut.

But here's the question. Do HAL's real-life progeny — computers that can see 30 moves into the future — play the game differently? Do they have a style? Have they taught humans new strategies?

Murray Campbell of IBM was part of the Deep Blue project. As he says, chess computers do play differently. They make moves that sometimes make no sense to their human opponents.

"Computers don't have any sense of aesthetics or patterns that are standard the way people learn how to play chess," Campbell says. "They play what they think is the objectively best move in any position, even if it looks absurd, and they can play any move no matter how ugly it is."

Human chess players bring preconceptions to the board; computers are unbound by habit.

And, unlike people, computers love to retreat, Soltis says.

"And if you see a game in which one of the players is doing a lot of retreating mysteriously and so on, and the game goes on forever and ever, that's a computer," he says.

Susan Polgar is a grandmaster and a six-time national collegiate champion chess coach. Computers do all that retreating, she says, because they're not slaves to human nature. Humans, she says, don't like to admit a mistake unless they really have to.

Computers display no such stubbornness. "A computer, if it calculates that the best move is to retreat, it has absolutely no psychological boundaries holding it back from retreating," Polgar says.

One of the human players in November's match, Magnus Carlsen, the world champion, was described as playing a very un-computer like game of chess. Polgar says this means Carlsen can win with different kinds of strategy, and he might choose his strategy based on what he knows about his opponent.

"Against one opponent that loves having queens on the board — the most dangerous attacking piece — he would make sure, you know, try to get rid of the queens as soon as possible and put his opponent in a more uncomfortable setting on the chessboard," Polgar says.

To the great human chess champion, understanding the foibles of his foe can be a key to victory. To a computer, all opponents look the same.

Polgar says computers are great training aids for her chess teams. And she says, computers have solved several age-old chess problems — questions of how to win when there are very few pieces on the board.

Soltis is less charitable to the machines that humans programmed to play chess, and that now beat their former masters routinely. They may have nerves of silicon. They may be indefatigable and immune to psychological distraction. But Soltis says they haven't imparted much wisdom about the game.

"We sort of had a social contract, we thought, with the computers many years ago," Soltis says. "We would teach them how to play chess. They would teach us more about chess. They haven't lived up to their side of the bargain."

The real payoff from teaching computers to play chess may not have anything to do with the game. Campbell, from IBM, says it's a lesson taken from that experience that has propelled artificial intelligence research in the years since.

Computers have the advantage of brute force. They can mine huge amounts of information. But humans, Campbell says, still excel at evaluating that information and coming up with a plan that will work.

He says that's especially true as researchers use computers to take on messy, real-world problems full of unknowns, like combating climate change or curing cancer.

"I think many of the common board games don't have the unknown element in it," Campbell says. "They may have chance elements. A game like backgammon, for example, there's roll of the dice, but you can calculate the probabilities quite accurately. When there's unknowns, there's things ... just are hidden from you, and even the alternatives, the things you can do, can't be set down and enumerated. There's maybe too many possible actions you can take. That's the challenge for modern artificial intelligence research."

Meanwhile, back at the chessboard, two of the best human players in the world — Carlsen and Karjakin — play their championship in Manhattan's South Street Seaport, starting Nov. 11. 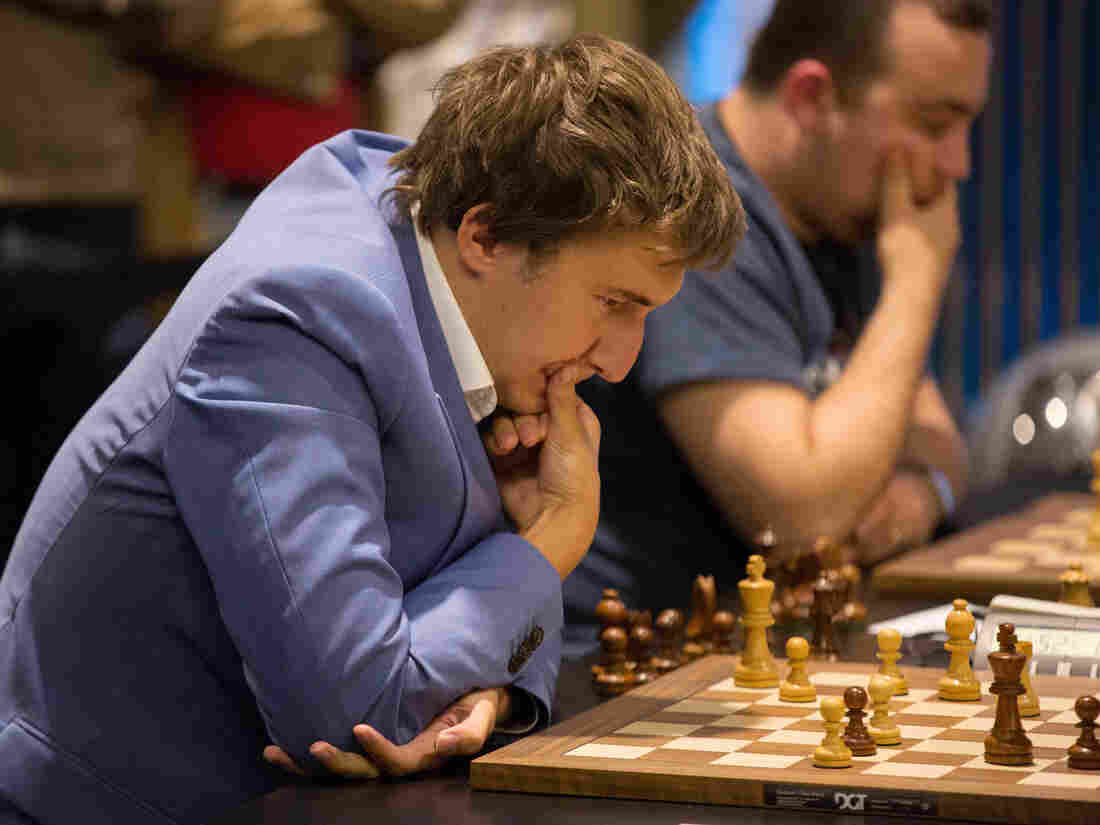 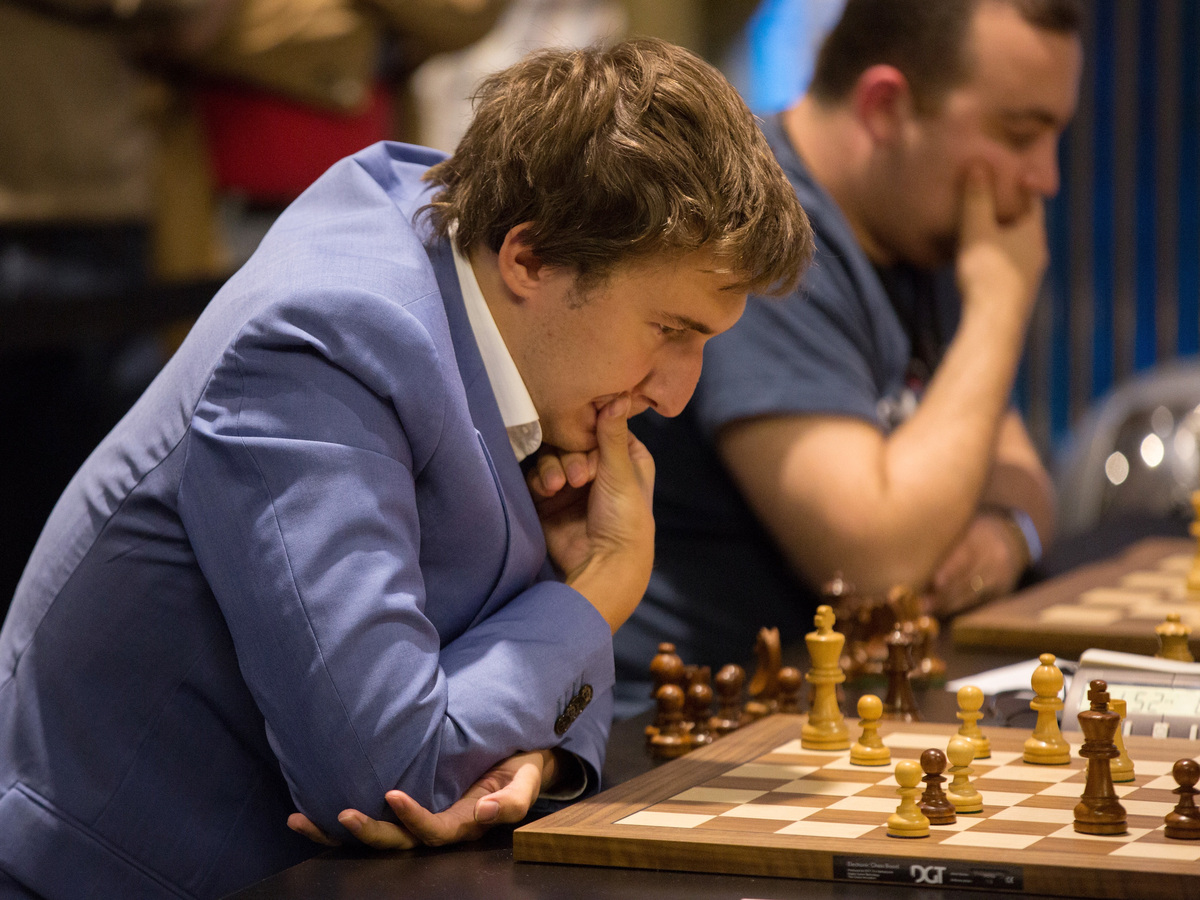 Sergey Karjakin, of Russia, will meet Norway's Magnus Carlsen in New York City in November to determine the next world chess champion. Carlsen is defending his title.