Accessibility links
Google Fiber Won't Accept Any New Cities For Its Superfast Internet Network : All Tech Considered Google says it will honor its existing commitments to support or deploy gigabit-speed Internet. But it's scaling back the work on fiber optics to focus on "new technology and deployment methods." 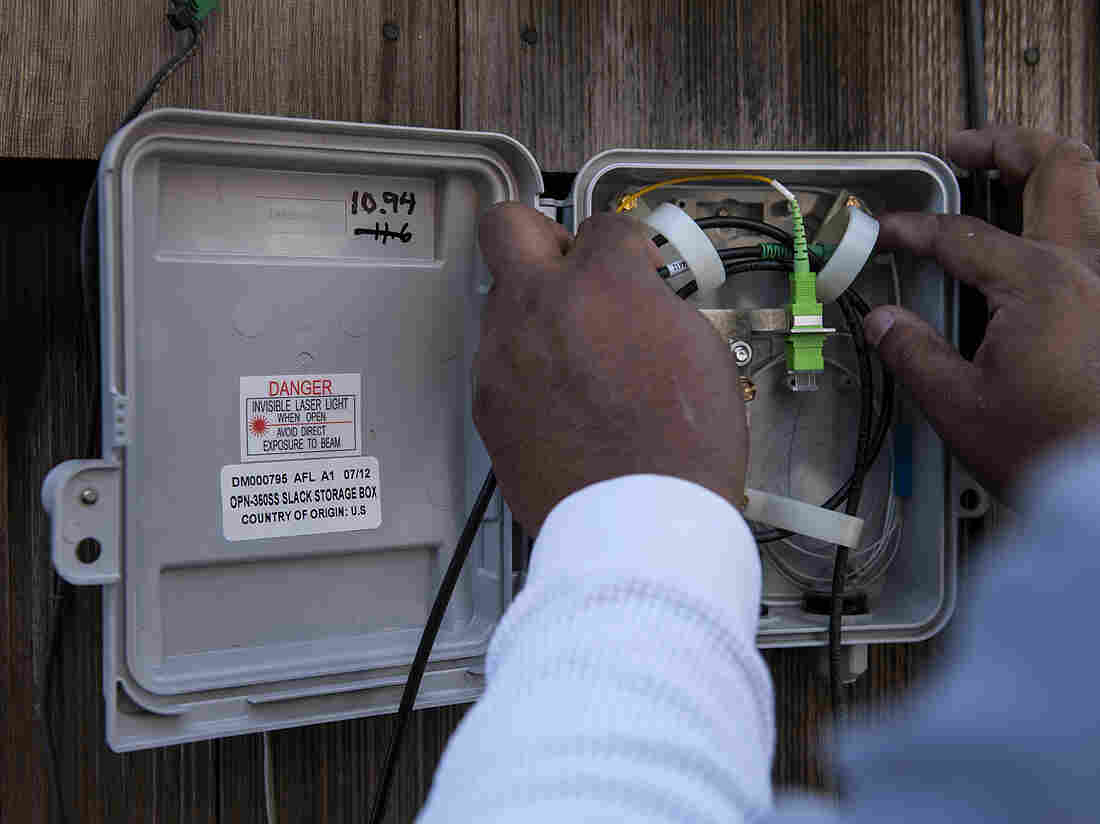 A Google broadband technician installs a fiber-optic network at a home of one of the early Google Fiber customers in Kansas City, Kan., in 2012. Julie Denesha/Bloomberg/Getty Images hide caption 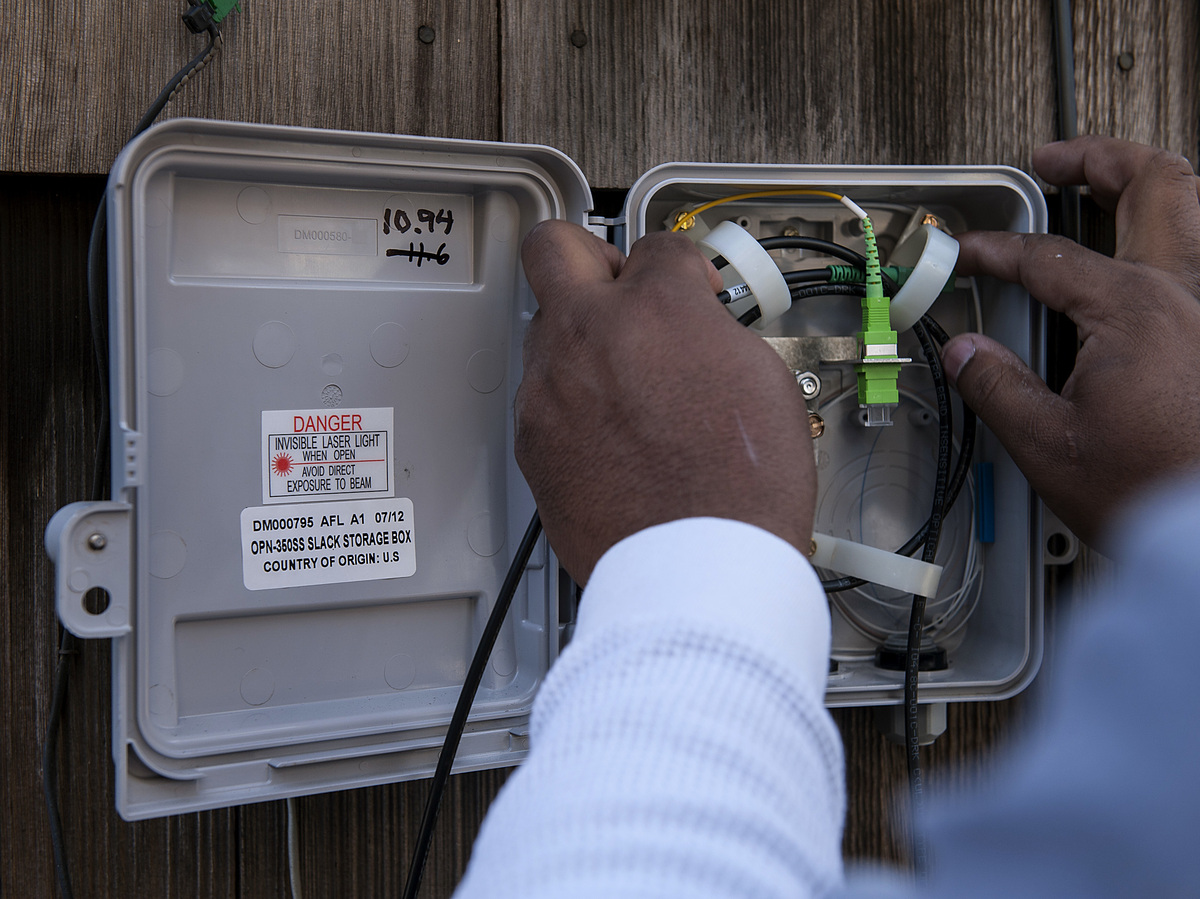 A Google broadband technician installs a fiber-optic network at a home of one of the early Google Fiber customers in Kansas City, Kan., in 2012.

Today may be the day when cable and telecom execs shake their heads at Google with a smug "I told you so."

The tech giant is scaling back its plan to wire American cities for hyper-fast Internet — the project called Google Fiber.

This was Google's ambitious plan to go up against cable and telecom Internet providers with a broadband offer at gigabit speeds — much faster than your average home connection. Eight metropolitan areas have deployed the uber-fast network — Atlanta, Austin, Charlotte and the North Carolina Triangle, Kansas City, Nashville, Provo and Salt Lake City — and others were lining up to join.

But the fiber optic business — with its demand for digging up streets in busy cities to lay down cable — appears to have proven too expensive. Job cuts are coming and project chief Craig Barratt is stepping down.

Google says it will continue work in cities where the service is launched or under construction, but it won't expand any further, including to cities previously listed as "potential" Google Fiber communities, such as Los Angeles, Dallas and Portland, Ore.

All this was announced in a blog post by Barratt:

"We have refined our plan going forward... It entails us making changes to focus our business and product strategy. Importantly, the plan enhances our focus on new technology and deployment methods to make superfast Internet more abundant than it is today."

Google Fiber was widely lauded by communities, in part, for challenging other carriers to begin stepping up their own offers, making faster speeds more widely available and affordable. But the project also has faced criticisms from digital equity experts for going after higher-income neighborhoods and cities that may not need the access as much as the under-served areas.

"No matter how much people wish Google would come in like Batman and save the day for them, Google is in it for their own goals," telecom analyst Roger Entner of Recon Analytics tweeted on Wednesday in response to the news of a Google Fiber scaleback.

The "new technology and deployment methods" are widely seen as some sort of wireless connectivity — which is something other tech and telecom companies are betting on, too. As The New York Times points out, Google recently revealed an acquisition of a company that "beams high-speed internet into apartment buildings using a fiber-connected antenna."

A recent report by tech news site Information said the business was under pressure by Alphabet CEO Larry Page to cut costs after failing to meet financial goals, including a target of signing up 5 million subscribers.