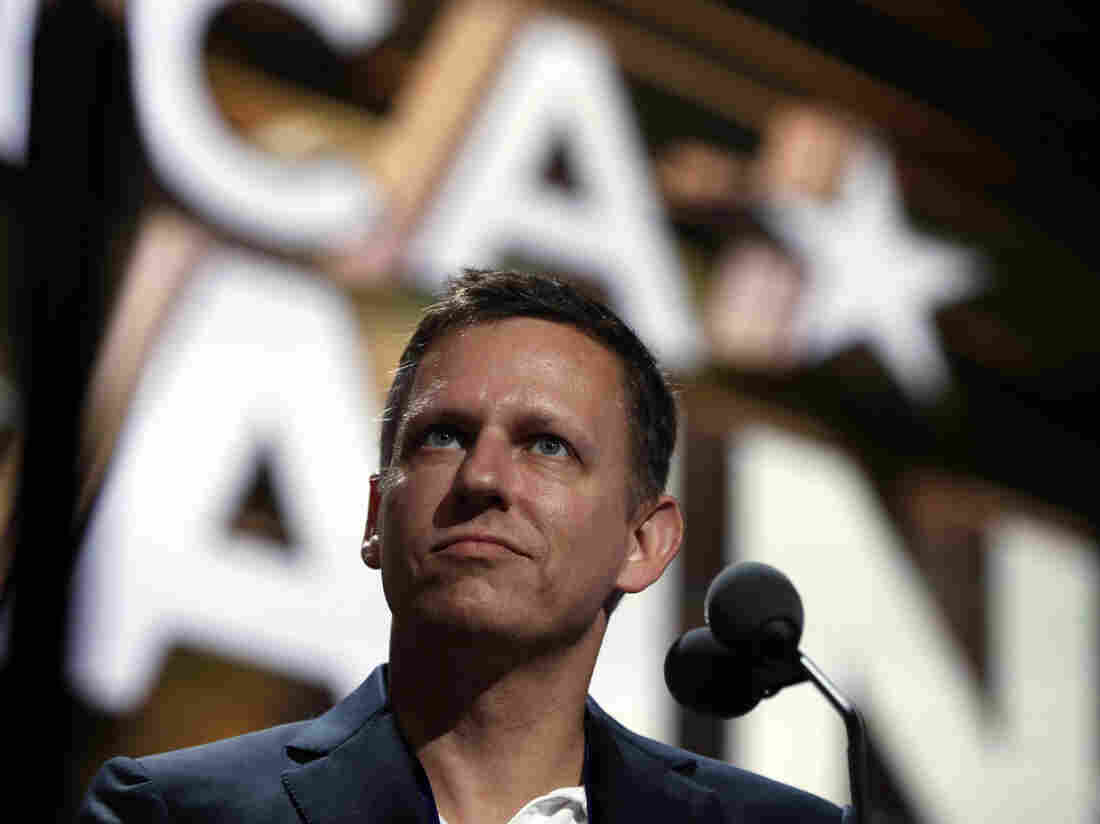 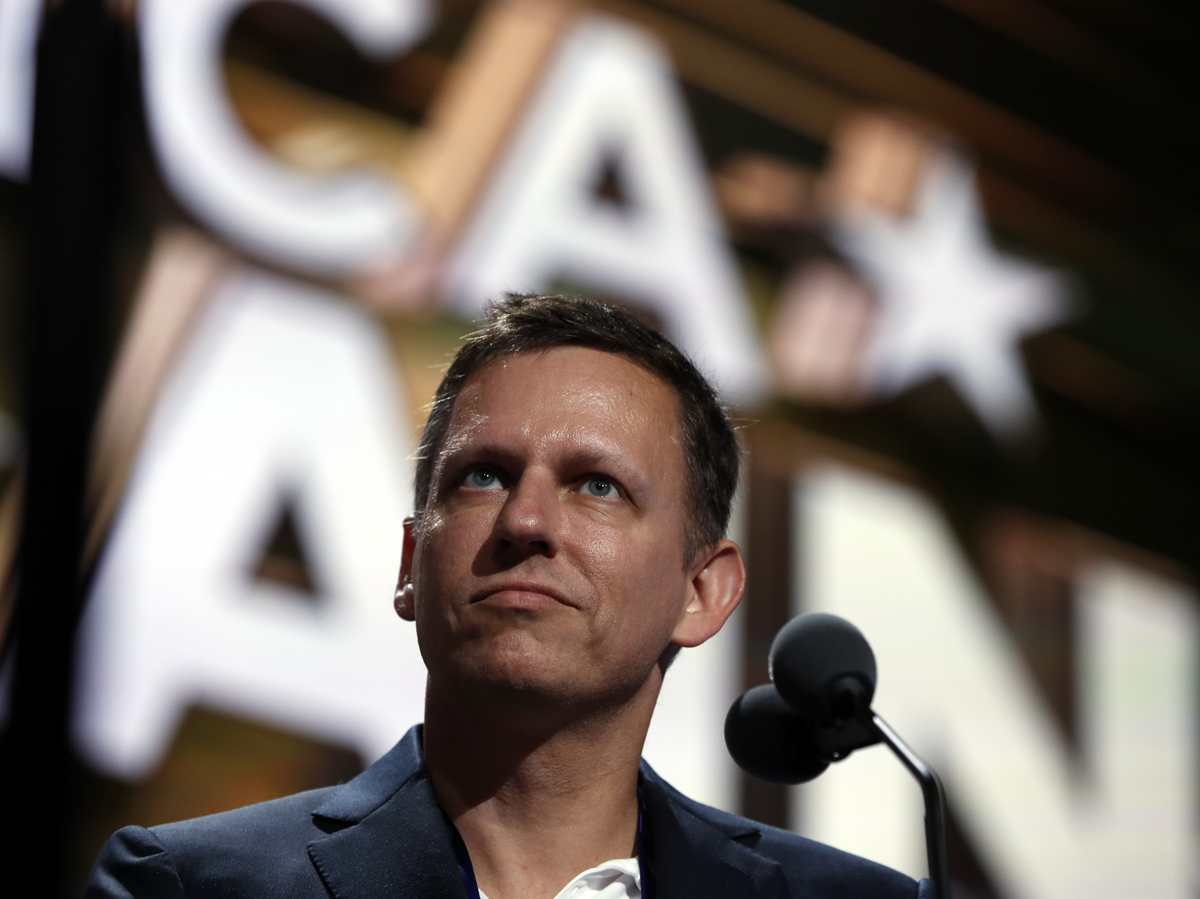 One of Donald Trump's most ardent supporters in Silicon Valley allegedly told two of his classmates at Stanford that he thought South Africa's former apartheid system of government was "a sound economic system." On Thursday, through a spokesperson, Thiel denied ever having supported apartheid.

As an African-American woman, Lythcott-Haims wrote, she was taken aback that he would say this to her "with no facial affect." She went on to say that Thiel made "no effort to even acknowledge the pain the concept of apartheid could possibly raise for me, a Black women."

Lythcott-Haims — a Harvard-trained lawyer, author of the book How to Raise an Adult and a former dean at Stanford — says she brought up the incident because Thiel is an ardent supporter of Donald Trump, who has faced charges of racism in both his past and in the way he has run his presidential campaign. Thiel spoke in support of Trump at this year's Republican National Convention and donated $1.25 million to the campaign.

(Thiel has also been in the news for secretly backing a lawsuit against Gawker Media, which filed for bankruptcy after a $140 million verdict against it for posting a sex tape of former professional wrestler Hulk Hogan. The suit was recently settled for $31 million.)

Lythcott-Haims says the apartheid incident stuck like a "lump in my throat" for 30 years. But when Thiel, who is now a very high-profile Silicon Valley investor, endorsed Trump "I knew I shouldn't keep it to myself any longer," she wrote.

Lythcott-Haims' account of Thiel's opinion about apartheid was backed up by Megan Maxwell, a freelance editor who also attended Stanford with Thiel. Maxwell, who is also an African-American, told NPR that in a separate incident Thiel also told her that "morality and governments shouldn't be connected" and that "you shouldn't judge a government based on whether it fits your view of morality."

In a statement, a spokesperson for Thiel said: "Peter has never supported apartheid, but he can easily see how a conversation might be misremembered 30 years later." Both conversations did occur at a time when apartheid was a hot topic on American college campuses. Students were organizing protests over university investments in South Africa and there was debate over the best tactics to use for the country to end its racist system.

Thiel was then and still is a Libertarian and if you were to give him the benefit of the doubt he may have been arguing that the U.S. should stay out of South African politics, which would be consistent with Libertarian philosophy.

He initially made his fortune as an investor in PayPal and was part of what the tech world calls the "PayPal" mafia, a group of early employees and investors that includes Elon Musk, founder of Tesla and Space X, and LinkedIn founder Reid Hoffman. Thiel's quirky personality is so famous among techies that there's a character spoof of him in the HBO show Silicon Valley. The character Peter Gregory is famously known to be a brilliant investor who has little awareness of the feelings of the people around him.

Indeed, Maxwell said you have to wonder about someone who "would imagine trying to defend apartheid to two black women in separate discussions. Did he have no sense of his audience? Did he just not care?" Maxwell wondered. "What is your world that it's OK for you to do this? I think that was the freakiest thing."

A previous version of this story did not describe comments by Peter Thiel as alleged.