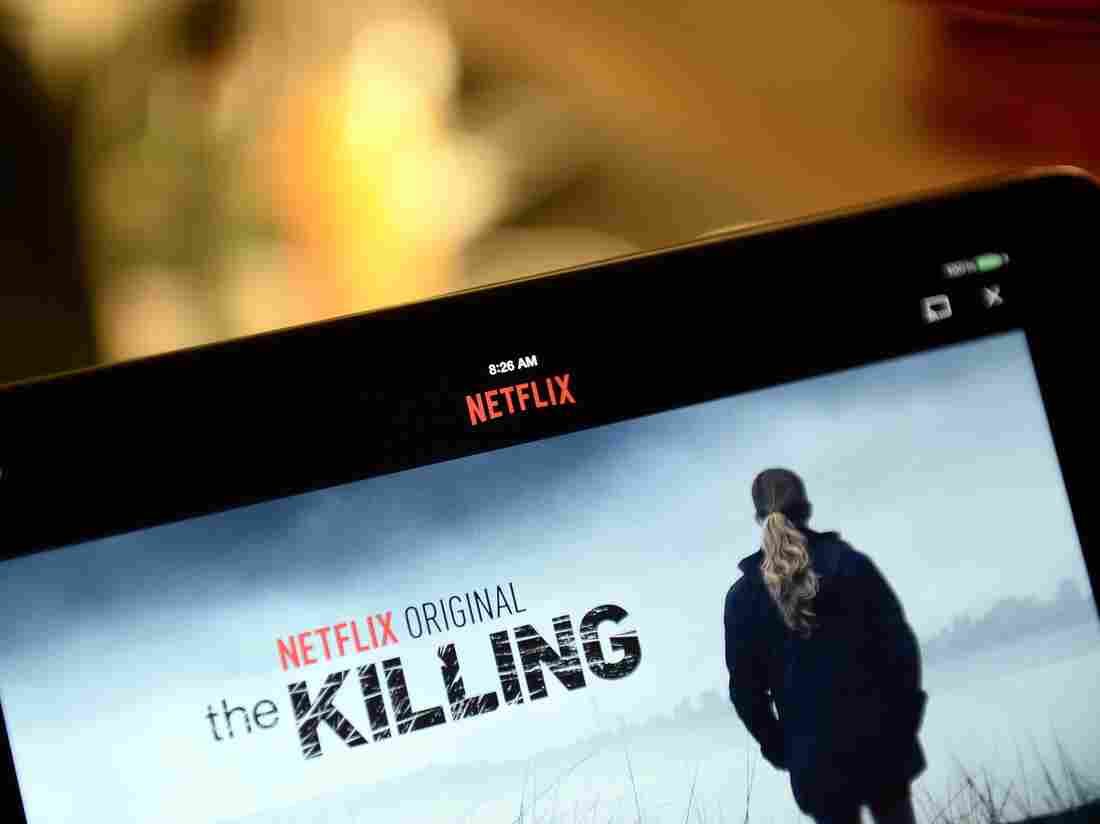 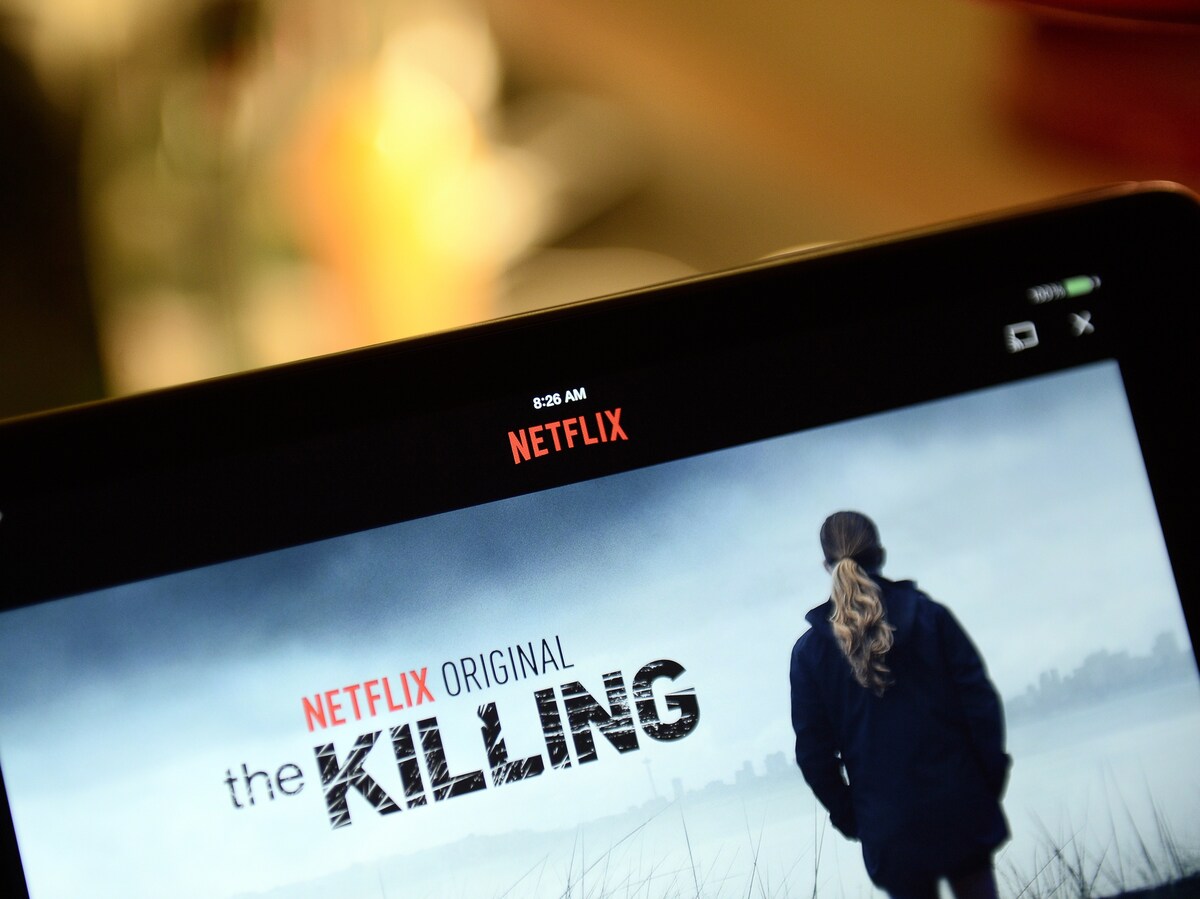 A screen shows a Netflix series, The Killing.

For decades, one company has pretty much had the monopoly on TV ratings: Nielsen. But, the way people watch TV is changing. A lot of fans are streaming shows from the Internet — not watching on cable TV.

Old-fashioned Nielsen ratings wouldn't show the habits of a family like Kevin Seal's.

"We do not follow the appointment viewing, wait-for-the-show-to-come-on-at-a-given-time schedule," says Seal, who lives in San Francisco with his wife and six-year-old son. "We watch a lot of Netflix programming — recently Black Mirror was the one that we devoured in its entirety."

The failure of Nielsen to reveal data about the habits of family's like the Seals has opened the way for a startup called Symphony, which is tracking TV watching in all its forms.

It is actually easier to track what people stream over the Internet. But Amazon and Netflix don't release those numbers. Those companies say the numbers aren't important because they don't sell ads — they sell subscriptions. As long as people can find shows they want to watch they will keep subscribing.

But media researcher Bill Harvey says for the people who actually produce the programming the number of viewers remains very important. The producers of a show like Black Mirror are at a disadvantage in price negotiations with Amazon or Netflix. "The price paid by a distributor to a program source is less, based on the assumption that the audience is smaller," Harvey says.

And he says the companies that make the programming for TV also don't look as good in the eyes of Wall Street. Harvey says that, according to Nielsen's measurement system, overall TV viewership is down. But if you were really to measure how much TV is being watch on streaming, that may turn out to be false.

"Younger people are doing less and less of the old-fashioned TV viewing and much more of the newfangled TV viewing that Nielsen isn't measuring," Harvey says.

With 25 Ways To Watch TV, Does The House Always Win?

Symphony has developed a tracking system that uses a smartphone app, which so far is on the phones of more than 15,000 people. It works a little like Shazam, the app that can detect which song is playing. Symphony runs in the background all the time and participants promise to have their phone on and with them when they view. Charles Buchwalter, CEO of Symphony, says each TV program has a code that the app can identify from the audio.

I'm a fan of the sci-fi show Humans, which I watch on Amazon. If I had the app on my phone, Symphony would know I was a viewer, Buchwalter says. "The app knows that this is the audio code that Laura's listening to," he says, "and then we are matching that to a reference database of all programs out there and it says Laura is watching Humans."

"Folks have migrated to watching a great deal of video content on non-Nielsen-measured devices, like smartphones, like tablets," he says. "And when you reaggregate all those numbers they basically come right back to where they've always been."

Wurtzel says people are watching as much TV as ever, though he doesn't have enough data to prove it.

NPR's TV critic Eric Deggans says there's some evidence that Nielsen may be setting itself up to publicly track non-traditional TV viewing. He notes that earlier this year Nielsen revealed that it has been collecting some data on streaming-only shows from Netflix including Orange is the New Black.

"But they're only sharing that information with select clients," he says. "So it's hard for journalists and critics and the public to know exactly who's watching what."

And while this information is important to the producers of TV, Deggans says viewers like to know about it too. "If a bunch of other people are watching a show you might want to check it out," he says.

Ultimately, Deggans says, TV producers have a stake in seeing a company like Symphony succeed. Nielsen has been a monopoly in the world of TV ratings. "If Nielsen is the only place that gives you the ratings ... then they can charge you as much as they can charge you," Deggans adds.

But Symphony might give producers a little negotiating power. And if Symphony's technology turns out to be accurate, it may also put pressure on Nielsen to do a better job tracking how Americans are engaging in their decades-old pastime of watching TV.