Accessibility links
For Startups Marketing To Seniors, A Novel Idea: Move In With Them : All Tech Considered Young entrepreneurs who develop products for older adults have found a way to get instant feedback: They simply move into senior housing, where residents can tests those products on the spot.

The market for products designed specifically for older adults could reach $30 billion by next year, and startups want in on the action. What they sometimes lack is feedback from the people they hope will use their product. So Brookdale, the country's largest owner of retirement communities, has been inviting a few select entrepreneurs just to move in for a few days, show off their products and hear what the residents have to say.

That's what brought Dayle Rodriguez, 28, all the way from England to the dining room of Brookdale South Bay in Torrance, Calif. Rodriguez is the community and marketing manager for a company called Sentab. The startup's product, SentabTV, enables older adults who may not be comfortable with computers to access email, video chat and social media using just their televisions and a remote control. 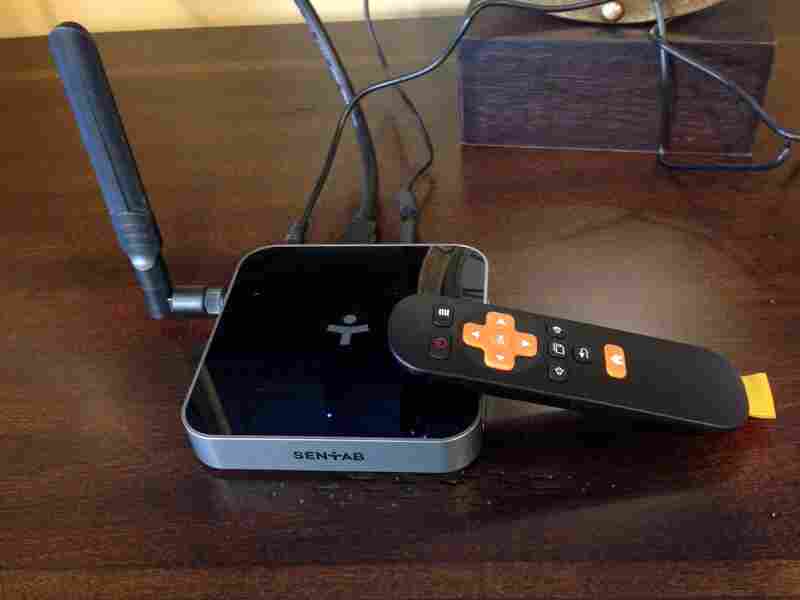 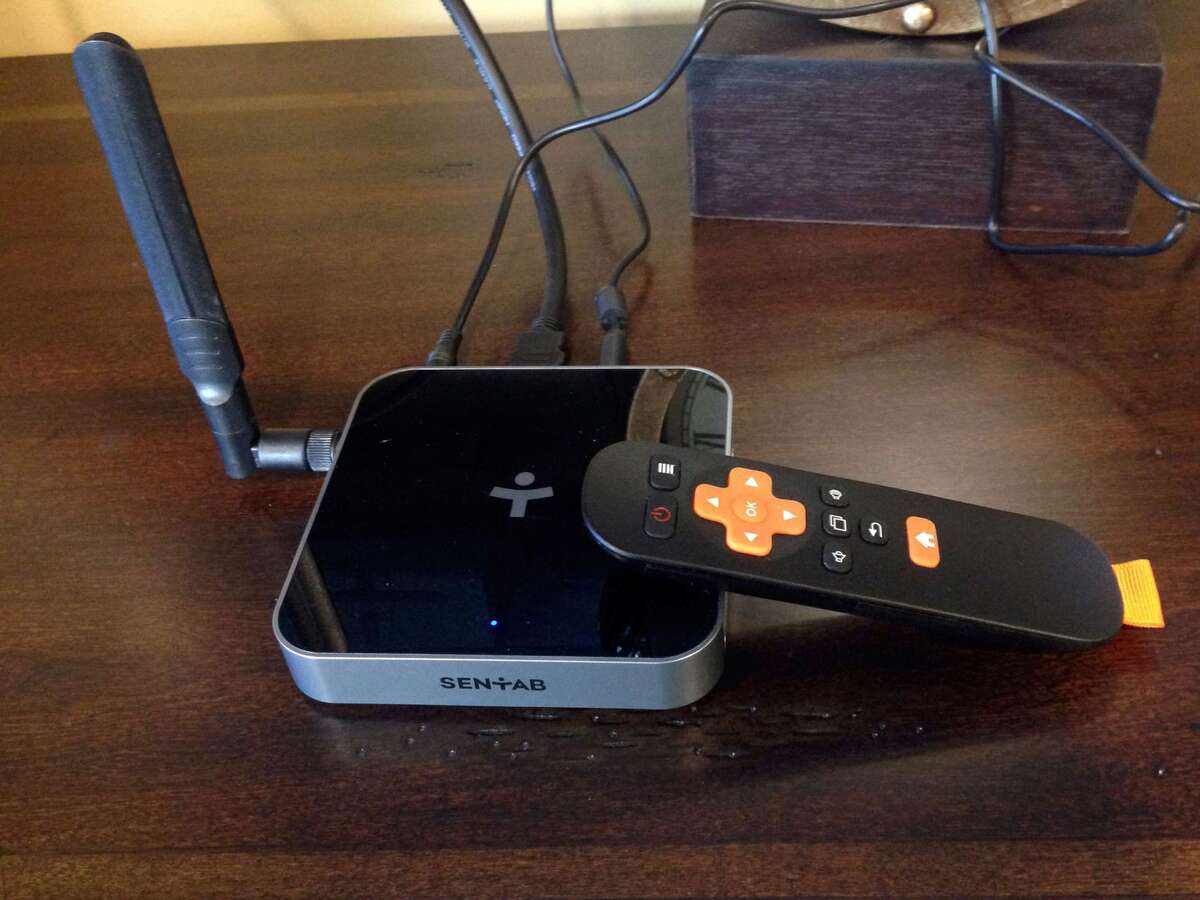 This is the gear that runs SentabTV. The flat box accesses the Internet. The remote works both TV programs, video chat, sharing photographs and more.

"It's nothing new, it's nothing too complicated and it's intuitive because lots of people have TV remotes," says Rodriguez.

But none of that is the topic of conversation in the Brookdale dining room. Instead, Rodriguez solicits residents' advice on what he should get on his cheeseburger and how he should spend the afternoon. Billiards was on the agenda, as well as learning to play mahjong.

Rodriguez says it's important that residents here don't feel like he's selling them something. "I've had more feedback in a passive approach" he says. "Playing pool, playing cards, having dinner, having lunch," all work better "than going through a survey of questions. Them getting to know me and to trust me and knowing I'm not selling them something — there's more honest feedback that way."

Rodriguez is just the seventh entrepreneur to move into one of Brookdale's 1,100 senior living communities. Other new products in the program have included a kind of full-body blow dryer and specially designed clothing that allows people with disabilities to dress and undress themselves.

Brookdale has no financial relationship with these startups. But that's not what motivates the program, says Andrew Smith, Brookdale's director of strategy and innovation.

"First and foremost, the residents love it," says Smith. "It also provides Brookdale the opportunity to learn about and experience new technologies quickly and inexpensively and to make sure that we understand what residents want and need."

Mary Lou Busch, 93, agreed to try the Sentab system. She tells Rodriguez that it might be good for someone, but not for her.

"I have the computer and FaceTime, which I talk with my family on," she explains. She also has an iPad and a smart phone. "So I do pretty much everything I need to do."

"I'm not going to lie to you, I would've liked a more positive response," he says. But "if people don't need it or want it, it's up to us to change, adapt it or make it more useful."

To be fair, if Rodriguez wanted feedback from some more technophobic seniors, he may have ended up in the wrong Brookdale community. This one's located in the heart of Southern California's aerospace corridor. Many residents have backgrounds in engineering, business and academia.

But Rodriguez says he's still learning something important by moving into to this Brookdale community: "People are more tech-savvy than we thought."

And besides, where else would he learn to play mahjong?