Accessibility links
How One Couple Fought For The Legal Right To Leave A Bad Yelp Review : All Tech Considered The lawsuit was one of the cases that inspired the new law — the Consumer Review Fairness Act — that aims to curb one avenue businesses have used to sue customers for posting negative online reviews. 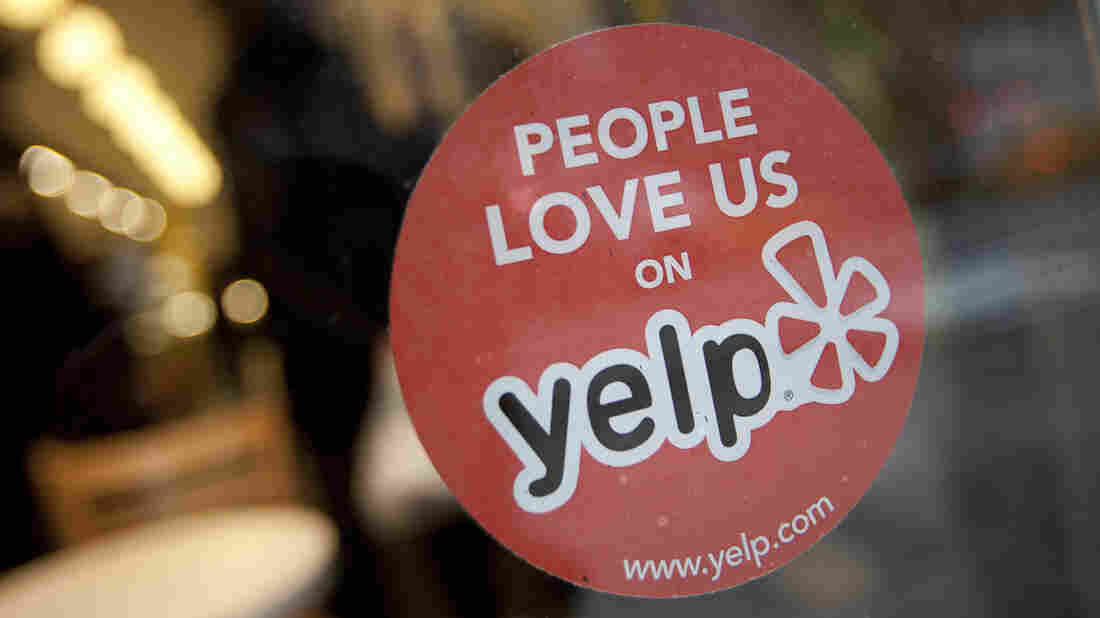 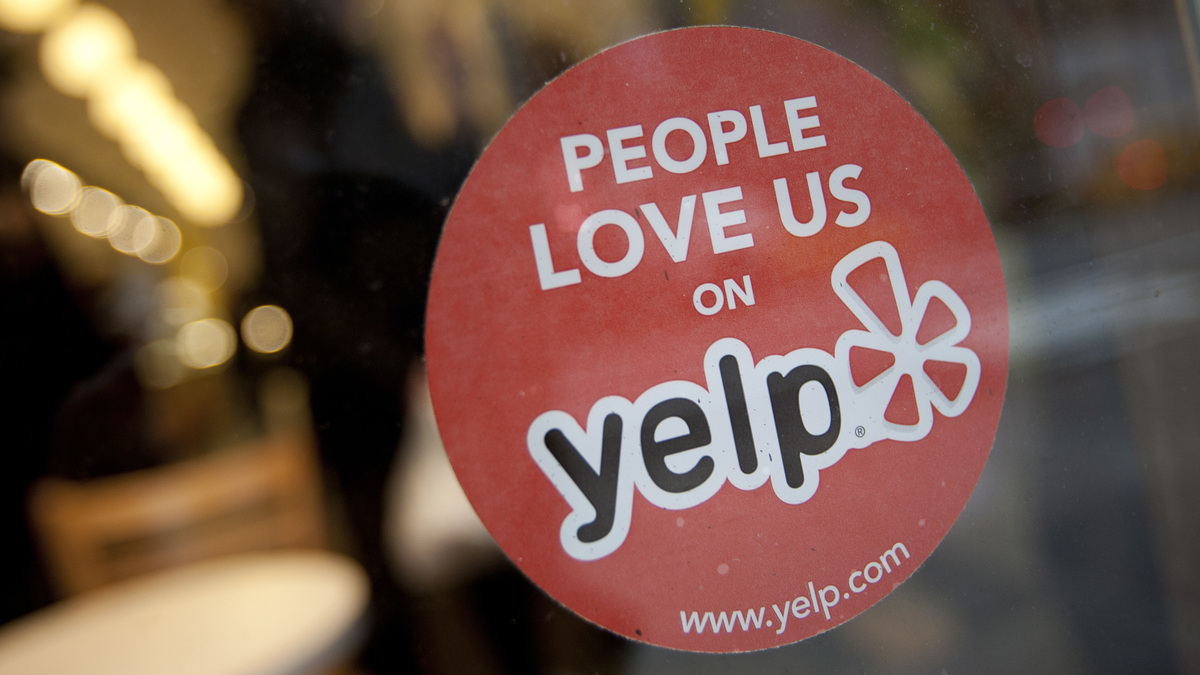 The story of a new law starts with some online Christmas shopping gone wrong.

In the winter of 2008, John Palmer of Layton, Utah, decided to buy his wife, Jen, a couple of holiday tchotchkes. Things like desk toys and keychains.

The order, from the online retailer KlearGear, never arrived.

After a testy back and forth with the company's customer service, Jen Palmer did what many thousands of consumers do every month: She posted about her negative experience on an online business review site.

"I posted the review and then we forgot about it," she says.

But four years later, they received an email from the company demanding they take the review down. The company said they had violated a "non-disparagement" clause in the terms of service — a caveat in the fine print that restricts customers from publicly reviewing their experience with the company.

The company said the Palmers would be subject to a $3,500 fine if they didn't comply.

The Palmers refused to take down the review or pay the fine. A few months later the couple found their credit had taken a major hit — KlearGear had passed the fine on to a collection agency and reported it to several credit bureaus as an unpaid bill.

They went to the press and found legal representation from Public Citizen, a consumer rights advocacy group.

"The purpose of a non-disparagement clause is to have a hammer with which to hit consumers who haven't said anything false," says Paul Levy, a lawyer with Public Citizen. "But you can make them take it down, and you can seek damages, you can seek attorney's fees, what might you."

Levy says gag clauses like these can limit truthful speech and deprive consumers of valuable information when choosing where to spend their money.

After a lengthy legal back and forth, the Palmers won a default judgment in federal court and their credit was restored.

But their case was an extreme example.

"Surely 95 percent of the time consumers simply remove the review, rather than stand behind their words, in order to avoid any potential legal action," says Eric Goldman, a law professor at Santa Clara University School of Law.

He says it's likely that the use of these gag clauses is much more widespread than it appears.

"So the number of lawsuits are fairly rare because there's a much larger group of reviews that have been removed under the threat of lawsuits," Goldman says.

The KlearGear case attracted media coverage around the country and helped gain the attention of legislators. California passed a law outlawing the use of non-disparagement clauses to limit customer reviews in 2014. Online review platforms like Yelp and TripAdvisor joined the effort to pass federal legislation.

It culminated last week, when President Obama signed the Consumer Review Fairness Act into law after it passed unanimously in the Senate last month. It prohibits businesses from putting non-disparagement clauses into terms of service.

Those clauses "will not work in court. And they will expose the business that tries to use those techniques to potential liability," Goldman explains. He points out that under the law, businesses will still have the ability to combat false reviews through defamation law.

Not everyone is happy about the new law, however. Joe Sullivan, an Atlanta business attorney who regularly advises businesses on how to deal with negative online reviews, says he's heard some pushback from businesses, none of whom wanted to speak on the record.

On Yelp, Doctors Get Reviewed Like Restaurants — And It Rankles

"It wasn't necessarily a solution in search of a problem," he says, "but it was something where it wasn't a widespread practice." Sullivan says there wasn't much incentive for companies to use this kind of fine print to sue customers.

He says some businesses view the law as an effort by consumer review sites to grow their customer base.

Despite the concerns of some businesses, Jen Palmer is happy that the new law means customers like her will not face legal retaliation in the future.

"I'm very glad to hear that this seems to be the one thing that Congress can agree on," she says. "I'd definitely call it the best Christmas present of all, to make sure that nobody else has to go through this."

In the audio of this story, as in an earlier Web version, we mistakenly refer to Layton, Utah, as Clayton, Utah.