Accessibility links
Outsourcing IT: In San Francisco, Some Tech Jobs Are Moving To India : All Tech Considered Companies in San Francisco pay six-figure salaries to entry-level tech workers. But a public university there is laying off some of its own IT staff and sending the jobs to a contractor in India. 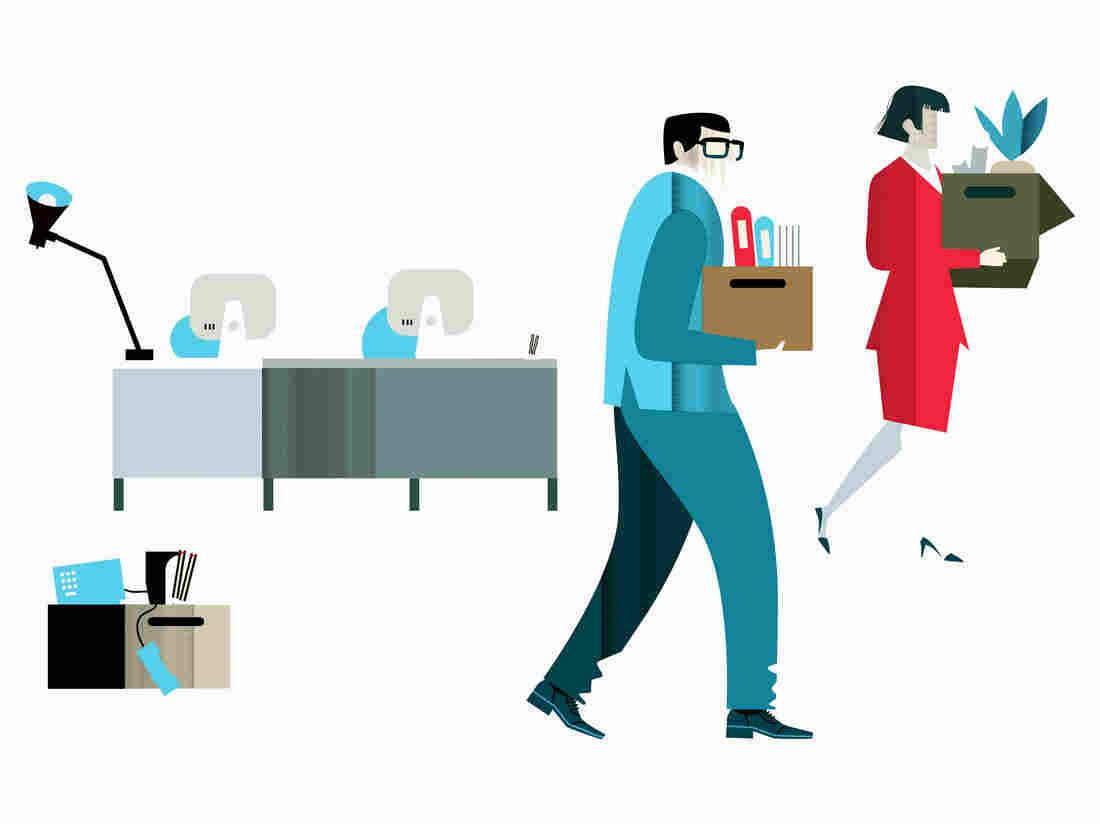 UCSF is laying off some of its IT staff and sending their jobs to a contractor with headquarters in India. Luciano Lozano/Getty Images/Ikon Images hide caption 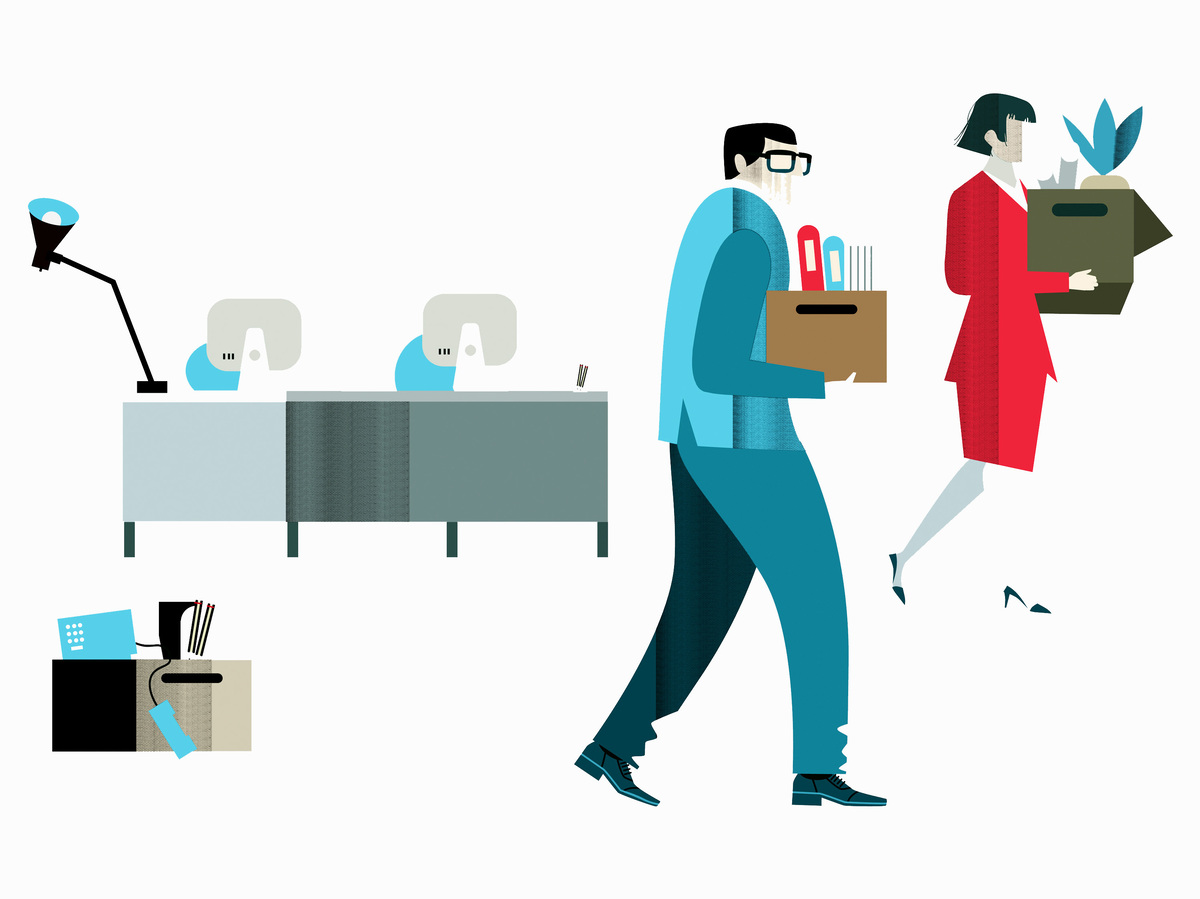 UCSF is laying off some of its IT staff and sending their jobs to a contractor with headquarters in India.

In San Francisco, companies will pay six-figure salaries to entry-level tech workers from all over the world. So this might come as a surprise: A public university there is laying off some of its own IT staff and sending their jobs to a contractor with headquarters in India.

Until recently, Hank Nguyen's daughter wanted to follow in his footsteps and work in tech. Last spring, she was accepted into the University of California system.

"She was inclined to take computer science and engineering," Nguyen says.

But then the letters started arriving. The first was a hefty tuition bill. At about the same time, Nguyen got a layoff notice.

His employer, the University of California San Francisco, or UCSF, was outsourcing his job. Nguyen was stunned.

How would he pay for his daughter's education? Would there be tech jobs for her when she graduates?

"I'm unsure about everything now," Nguyen says. "And she's unsure as well."

Nguyen came to the U.S. from Vietnam. He thought tech would provide a stable, middle class life. So he learned how to do backend IT work, to handle servers and keep networks running. 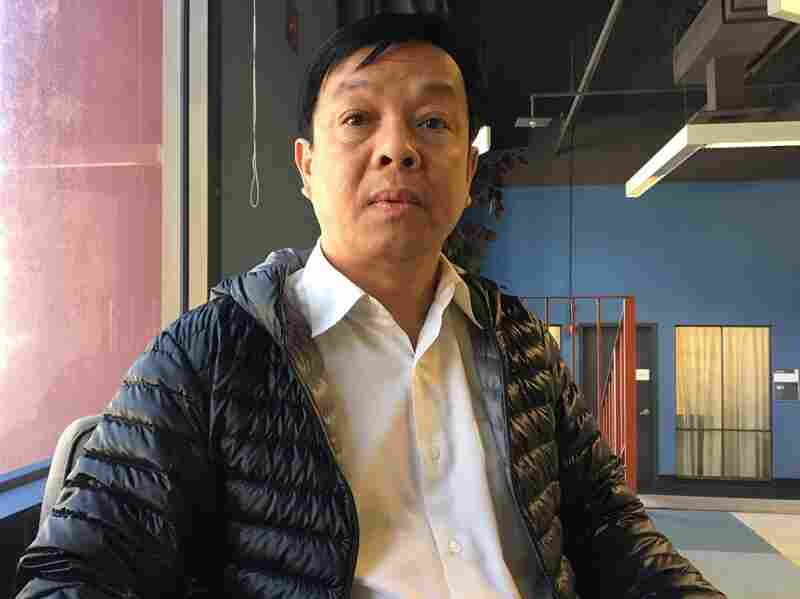 Hank Nguyen is being laid off from his IT job at the University of California San Francisco. Now Nguyen and several dozen other employees at UCSF are training their outsourced replacements. Sam Harnett/KQED hide caption 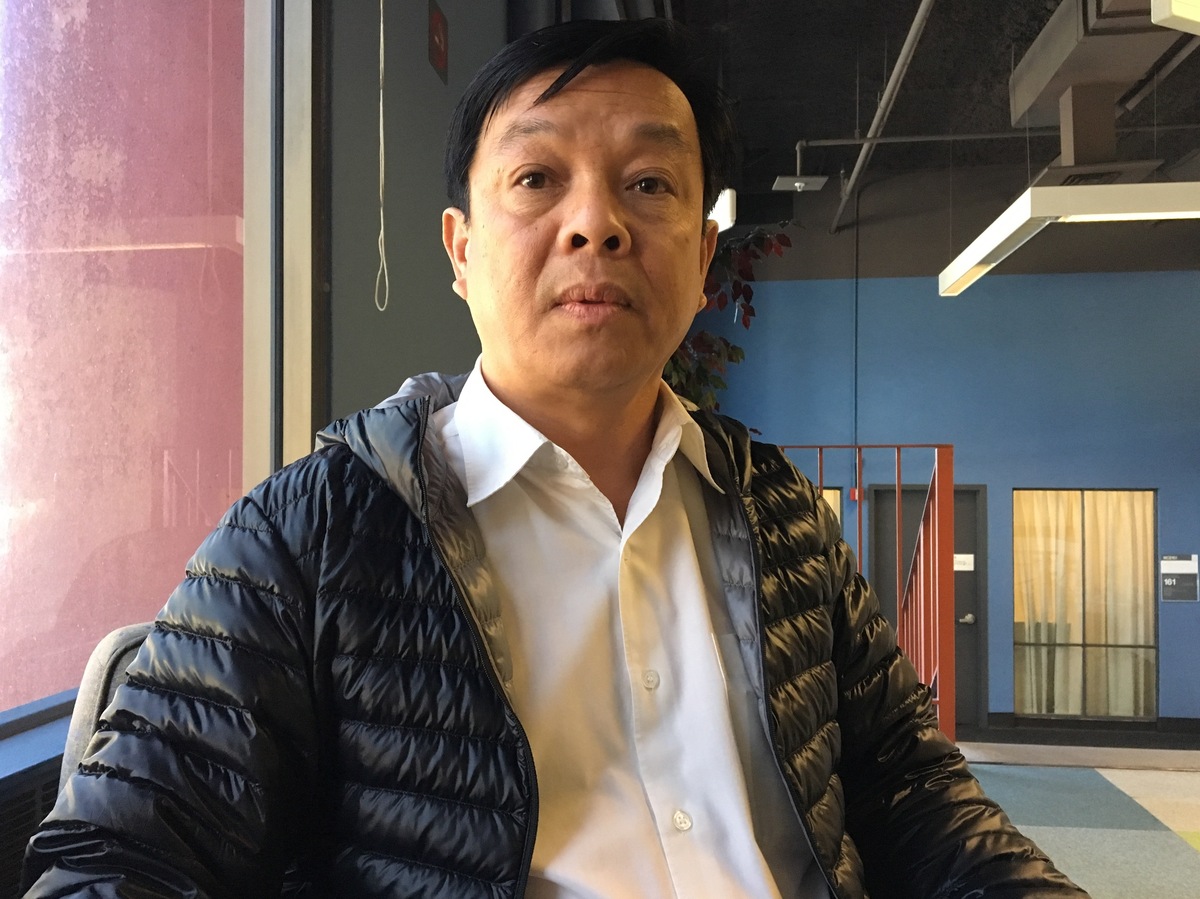 Hank Nguyen is being laid off from his IT job at the University of California San Francisco. Now Nguyen and several dozen other employees at UCSF are training their outsourced replacements.

Now, Nguyen and several dozen others at UCSF are training their replacements.

"I'm speechless," Nguyen says. "How can they do this to us?"

UCSF spokeswoman Barbara French says the university can save $30 million over five years by outsourcing the work, "looking at what everybody else we're competing against is doing."

The school is also a hospital, and many hospitals have already outsourced lots of IT. French says UCSF provides around $130 million in charity care for the poor. To continue doing that, she says, the school has to focus on more specialized tech work related to patients and research.

"That belongs to us, and we need to be on top of it and grow it," French says.

This strategy might be good for the bottom line, but it means fewer American jobs, says Ron Hira, a professor of public policy at Howard University. The kind of back-end IT work UCSF is outsourcing accounts for the bulk of computer jobs, says Hira — way more than programming at Google or Facebook, for example.

"This is the bread-and-butter of the computer industry," he says. "This is going to be in every type of organization all across the country."

Hira says that nationally much of the work has already been shipped overseas. What's really scary, he says, is that it's hard to know how many IT jobs America has lost. Hira says the government doesn't track it. To get an idea, he gathers numbers on IT workers abroad. He estimates as many as 1.5 million foreign workers are now doing IT jobs for American companies.

"It's a silent destruction of really important innovation, high-wage — really the knowledge-based economy jobs that we're supposed to be moving into," Hira says.

Many of the jobs are being outsourced through multinational contractors. UCSF is working with a company called HCL. The contract covers all 10 University of California schools and that means it could potentially endanger thousands of IT jobs.

These contractors use H1-B visas to send a few foreign workers into U.S. companies. They learn how the IT systems operate and then ship the work to large teams abroad, where labor is cheap — cheaper to hire than Hank Nguyen. He has done this kind of work for 30 years.

"Many, many kids nowadays, younger like my daughter, [are] looking into that field, but they feel uncertain," he says.

Nguyen will be out of a job at the end of February. And right now, he's looking for some way to pay for his daughter's education.