Accessibility links
H-1B Visa Reform, Sought By Trump, Depends On Congress : All Tech Considered President Trump has said he wants to crack down on abuses and protect American workers. But it's Congress that holds the power to fundamentally reform the program, and work there is underway. 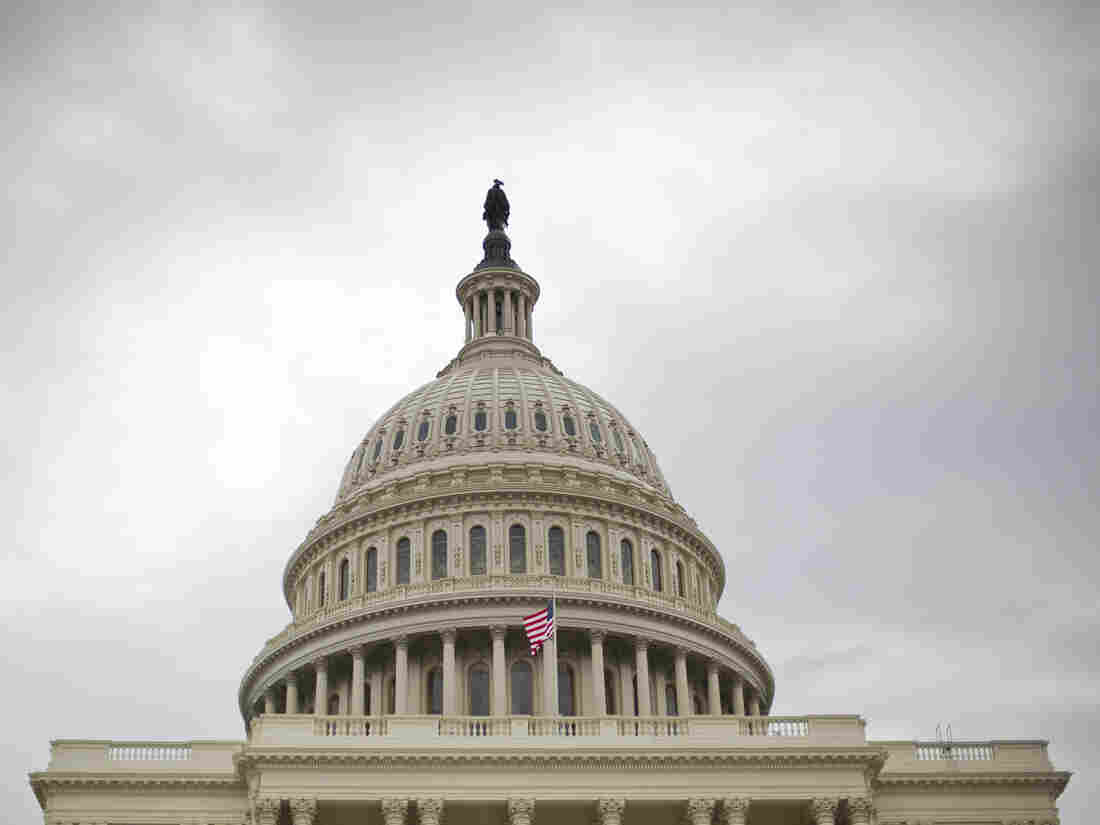 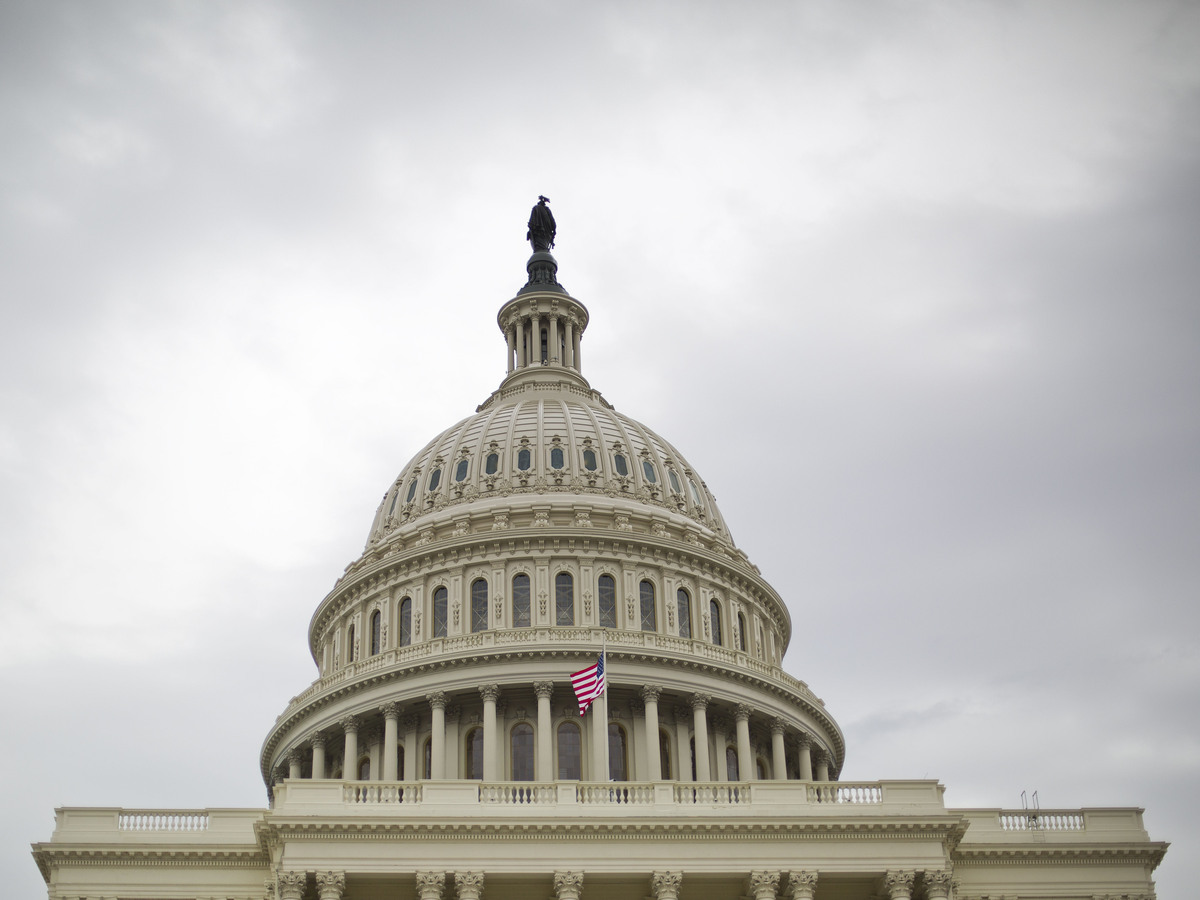 U.S. lawmakers are once again weighing changes to the popular but troubled H-1B work visa.

President Trump has pushed aggressively against illegal immigration, while his specific plans for legal immigration — including the popular but troubled H-1B work visa — remain unclear. He has said he wants to crack down on abuses and protect American workers, but it's Congress that holds the power to fundamentally reform the program.

For months last year, California lawmakers Darrell Issa and Zoe Lofgren tried to hash out a joint bipartisan bill to reform the H-1B visa, the popular program that lets thousands of highly skilled foreigners work in the U.S., particularly in tech jobs.

As far as immigration reforms go, high-skilled immigration programs are some of the least controversial. The H-1B program covers many fields, but is especially known to benefit tech companies. Its description often invokes a recurring line about America's interest in attracting the world's "best and brightest."

But H-1B also has elements known to be broken: A lottery decides who gets the visa; the demand has far eclipsed the quota; and options for permanent stay differ by country of origin. And the biggest complaint is that Indian IT companies like Wipro, Infosys and Tata have hijacked the system. They are three of the top H-1B employers.

"They're taking the H-1B visas a real U.S. tech company needs," says Gary Shapiro, the head of the Consumer Technology Association. "And they're using them ... to basically replace American workers at a cheaper rate by having people come here temporarily, not paid well, not housed well, not on any way to becoming citizens.

"Everyone loses under the system today," he says, "so it's part of the reason we need an H-1B overhaul."

Efforts to do that kind of overhaul have been undertaken by federal legislators over recent years, but haven't progressed. The latest concerted effort came under President Barack Obama — but stalled in Congress, folded into a massive, broad immigration reform bill, Shapiro says.

"President Obama meant well, but ... he had the chance and he lost it," he says. "Now we have another chance."

Lofgren is the top Democrat on the immigration subcommittee of the House Judiciary Committee, where Issa is one of her Republican colleagues. Her district covers a chunk of Silicon Valley; his is in San Diego County. She is, by profession, an immigration lawyer. He is a former electronics executive with family members from Lebanon balancing lives in several countries. 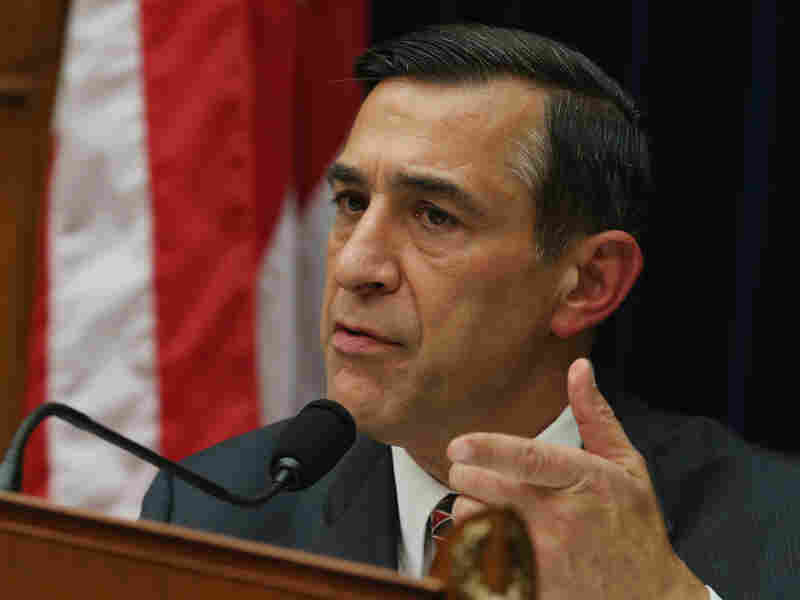 Rep. Darrell Issa, R-Calif., says he's got the votes to pass his narrow H-1B bill in the House and hopes for support in the Senate. Mark Wilson/Getty Images hide caption 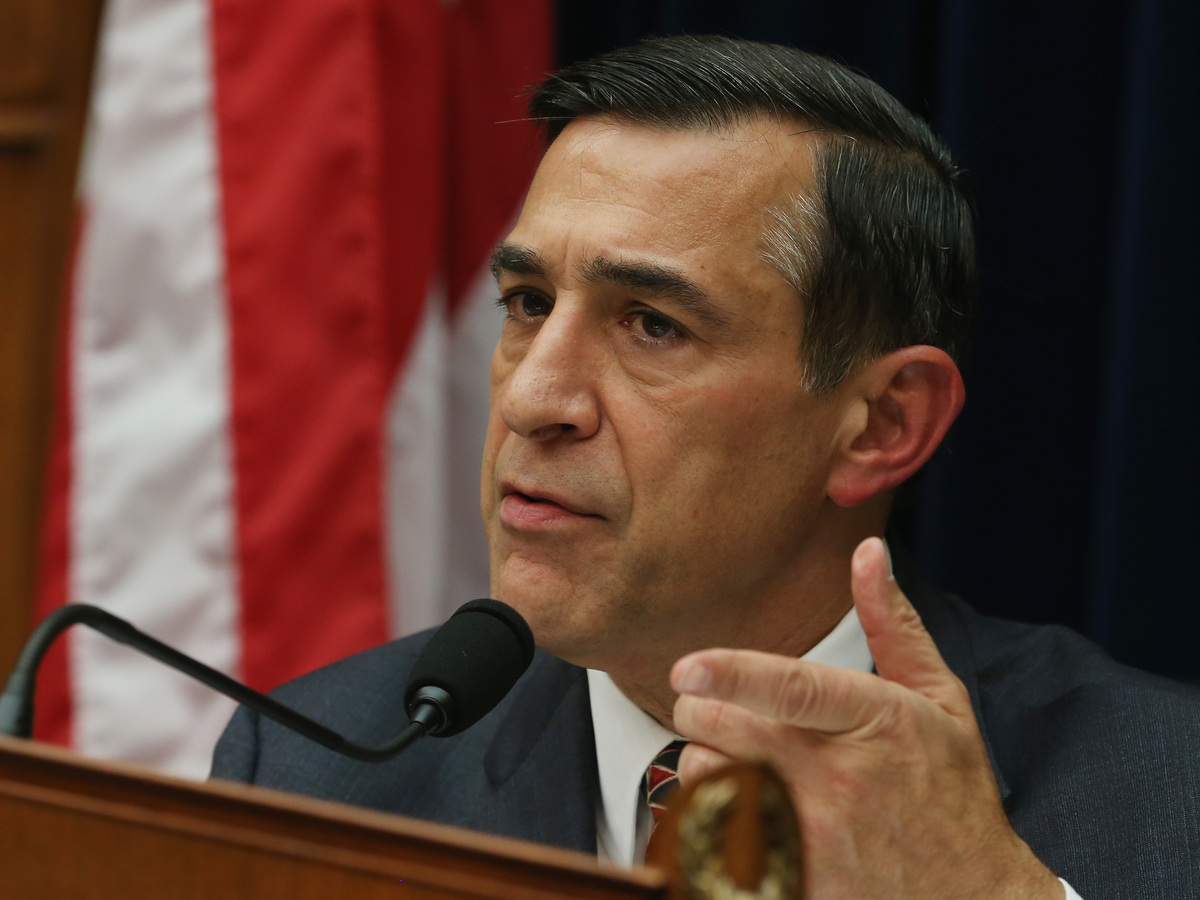 Rep. Darrell Issa, R-Calif., says he's got the votes to pass his narrow H-1B bill in the House and hopes for support in the Senate.

"We tried to work before the election with the ranking member on the subcommittee and she pulled out of it, preferring partisan politics," Issa says.

Each says the other kept moving the goal post or altering the bill. In the end, the two of them introduced separate bills. With Republicans controlling the majority, Issa's has more potential — at least he says he's got the votes to pass it in the House. Shapiro's CTA supports it.

"This piece of legislation is small, it's focused, and it's highly bipartisan," Issa says, "and that gives it an opportunity to break a logjam that has gone on for approaching two decades."

Issa's bill is small indeed. Without reaching for changes to the quota or how the system operates, Issa's legislation — in simplest terms — raises the bar for companies with more than 15 percent of H-1B employees to "attest" that they could not hire Americans.

Currently, these "H-1B-dependent" companies have to certify this only if a foreigner displaces an American worker for a job that pays less than $60,000 — far less than an average tech wage. Under Issa's bill, the threshold would rise to $100,000 and holders of master's degrees would lose an exemption. 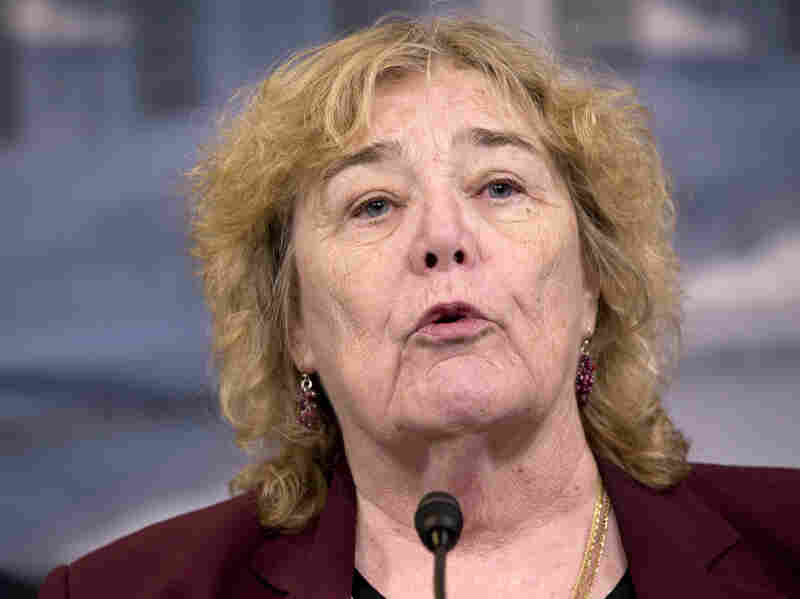 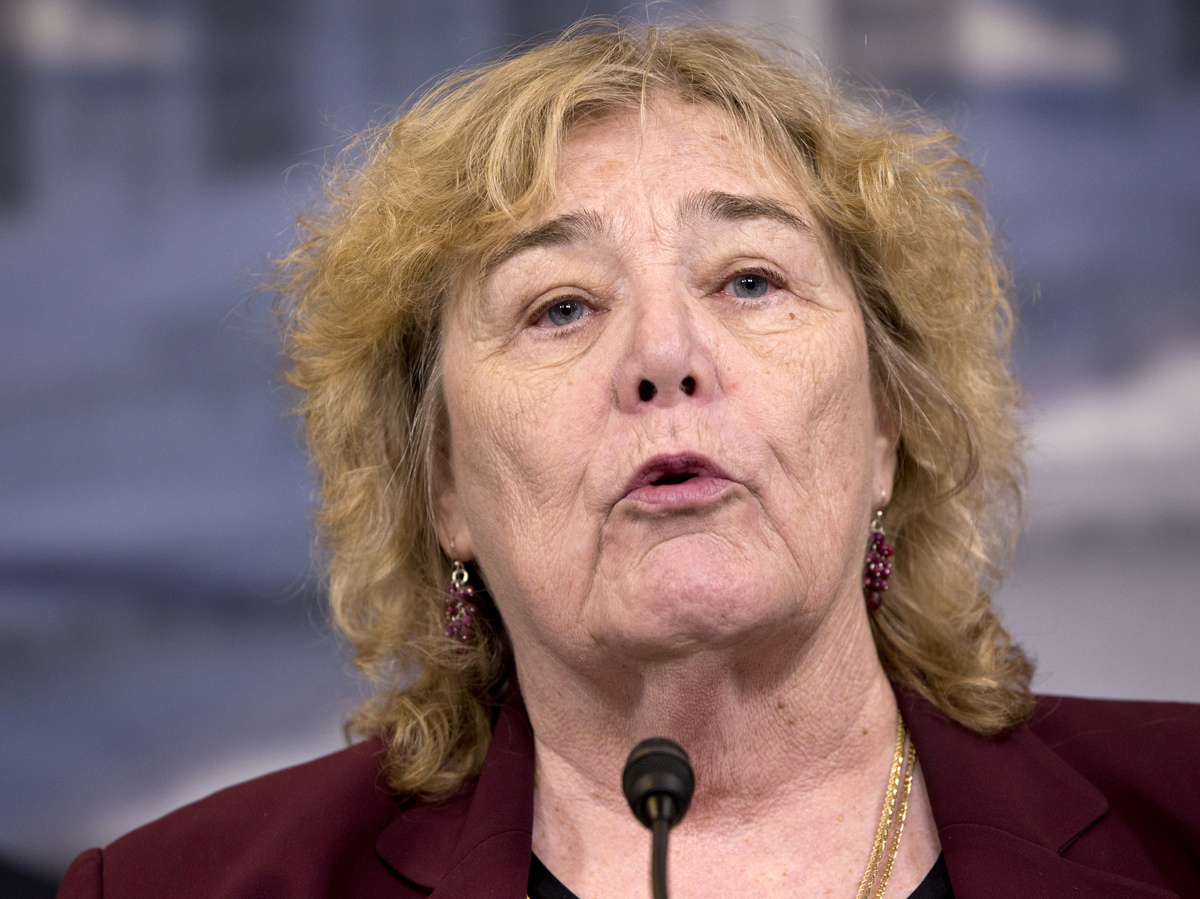 Rep. Zoe Lofgren, D-Calif., says the H-1B program needs a broad reform, including changes to the lottery process that awards the visas.

However, Lofgren and other critics — which include the engineering group IEEE-USA — say that this won't do much. They argue companies have figured out how to game the so-called attestation process, and in a highly paid field of tech work, even the new wage threshold would allow for displacement of Americans.

"Some people think (attestation) works, but my observation is it doesn't work and it hasn't worked," Lofgren says. "I think if we place all eggs in that basket, we're going to be disappointed."

Lofgren's bill sweeps wider. It proposes replacing the lottery process with a system that prioritizes the highest-paying companies. Then it goes beyond H-1B, suggesting changes to work-based immigration and other types of visas.

Issa sees merit in Lofgren's bill — he says parts of it came from their joint effort. But, he says, the time for broader legislation is after a narrow bill passes.

"I support comprehensive high-skilled reform," Issa says. "But there's a difference between plugging a leak and building a better ship. ... In this particular structure of Republicans and Democrats, simplicity may be the best way to at least get a partial fix."

Issa's and Lofgren's bills aren't the only ones under consideration in Congress. And Trump is expected to weigh in on the matter.

A leaked draft of his executive order earlier this year took aim at H-1B and other work visas, but with few specifics. It recommended a review of the programs to ensure protections for American workers.

"The president made it clear when he was asked by [Apple CEO] Tim Cook and other tech leaders to put a priority on this that he would and they agreed with him," Issa says about Trump's December meeting with tech executives.

And ultimately, experts say that key elements of the program, including the number of the visas that get issued, are written into statute, meaning Congress holds the power to change them.