Accessibility links
As Amazon Moves In, A Local Bookseller Hopes To Thrive With A Personal Touch : All Tech Considered Amazon has opened its latest brick-and-mortar bookstore — the first on the East Coast. But an independent bookseller in the Boston suburb says: "I think that we're going to be OK." 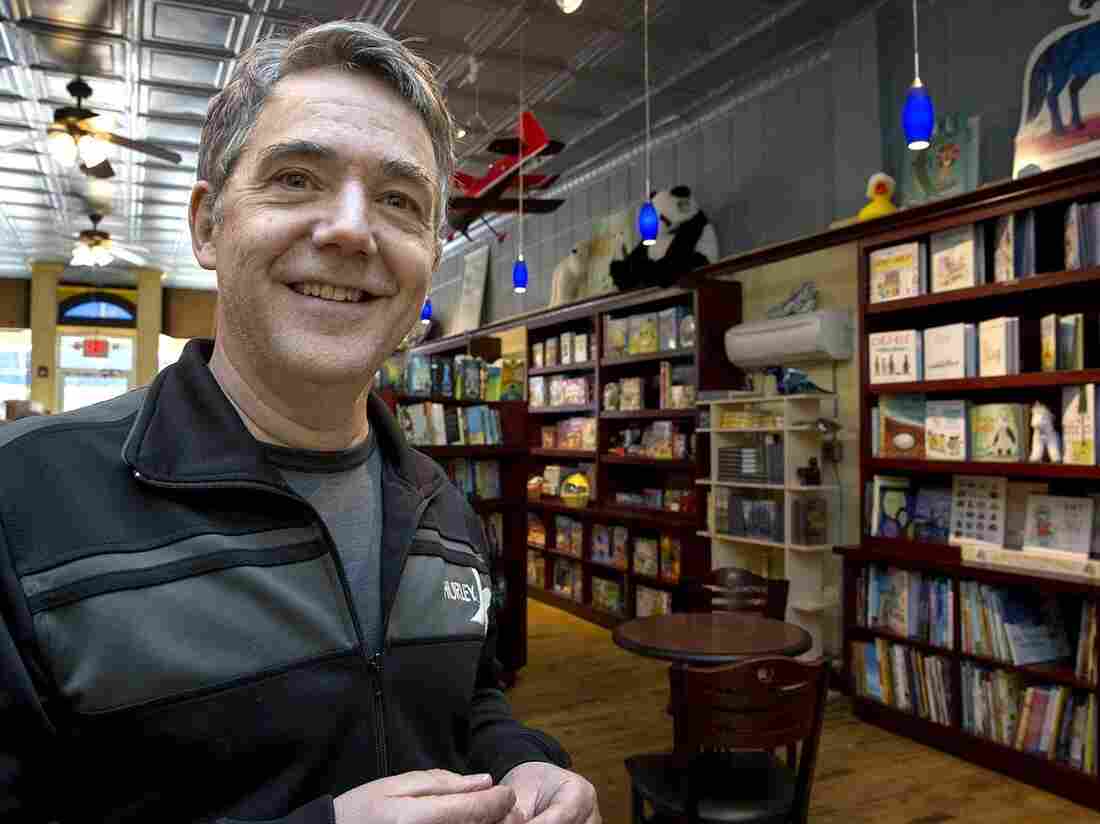 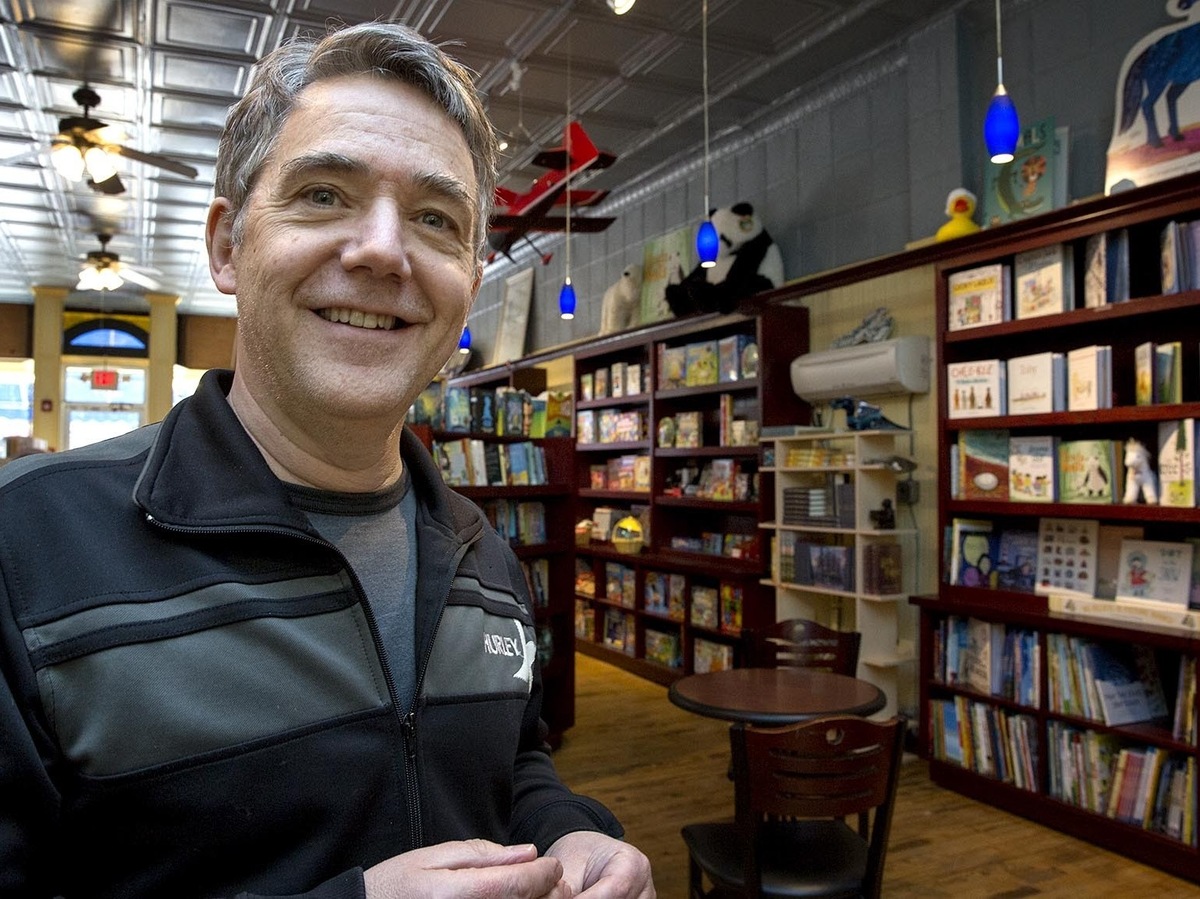 Peter Reynolds, owner of Blue Bunny Books in Dedham, Mass., says he hopes the unique atmosphere will keep customers coming to independent bookstores like his.

When Amazon comes to town to sell books from a bricks-and-mortar store of its own, what happens to a neighborhood bookstore nearby?

On Tuesday, the online retailer opened a 5,800-square-foot store in Dedham, Mass. — the company's first bookstore on the East Coast. The suburban Boston store joins Amazon's three other locations on the West Coast.

Amazon — which started out by selling only books — has been the major reason that many traditional brick-and-mortar bookstores have struggled and even shut down.

As many people started going online to buy books, major book retailer Borders went out of business, while Barnes & Noble has closed stores over the years. Independent bookstores have struggled as well.

Just about a mile up the road from the new bookstore in Dedham is Blue Bunny Books, an independent bookstore that specializes in children's books. Store owner Peter Reynolds, a children's book author, said he was a little worried when he heard Amazon was moving into town.

"Oh, yes. The minute that the news came out, I got hundreds of emails from friends and fans across the country and the world saying, 'Hey we just heard Amazon is moving up the street,' " Reynolds said. "And at first my heart sort of sunk a bit, but I realized quickly the response from our friends was what you have in your independent bookstore is very, very different than what Amazon is providing, and I think that we're going to be OK."

Blue Bunny Books has been around for about 14 years and also offers online sales and a coffee shop in store.

One NYC Indie Bookstore Survives By Being Small And Specialized

Ellen Modi, who stopped in to grab a drink, said she plans to keep coming to the store because she likes bringing her two young daughters to book signings.

"They have nice events with authors, and it's just personal," Modi said. "There's something to be said about all these small businesses that are disappearing because all these bigger things are kind of taking over."

Reynolds said his store is often a gathering place for the community. He hopes the unique atmosphere will keep customers coming to independent bookstores like his.

Meanwhile, Amazon hopes putting the best of online shopping on the ground helps it develop its own special and unique bookstore.

Amazon spokeswoman Deborah Bass said the store is an extension of the company's online business and offers a bit of that experience to help customers discover new books in person.

"Beneath every book is a review card, where we include a little bit more information with some of those things that you're familiar with at Amazon.com," Bass said. "So, each book includes a review from a customer and it also shares the star rating. And all of the books featured in this store are four stars and above out of five stars."

The store's selection of about 5,700 books is based on browsing and buying data from Amazon's website, including customer reviews and pre-order sales, as well as what's popular on Goodreads, an Amazon-owned book review site. Customers can also try out Kindles and other Amazon devices.

Amazon has plans to open another bookstore north of Boston later this year and more locations in California, Illinois, New York and New Jersey.

Zeninjor Enwemeka is a reporter for WBUR's BostonomiX team, which covers the people, startups and companies driving the innovation economy. You can follow them @BostonomiX.