Accessibility links
OhmConnect Tries To Make Saving Energy Fun While Tracking Use : All Tech Considered From counting steps to hours of sleep, many people are tracking aspects of their lives. Now one company is merging energy saving with the interest in quantifying — making lowering electricity a game. 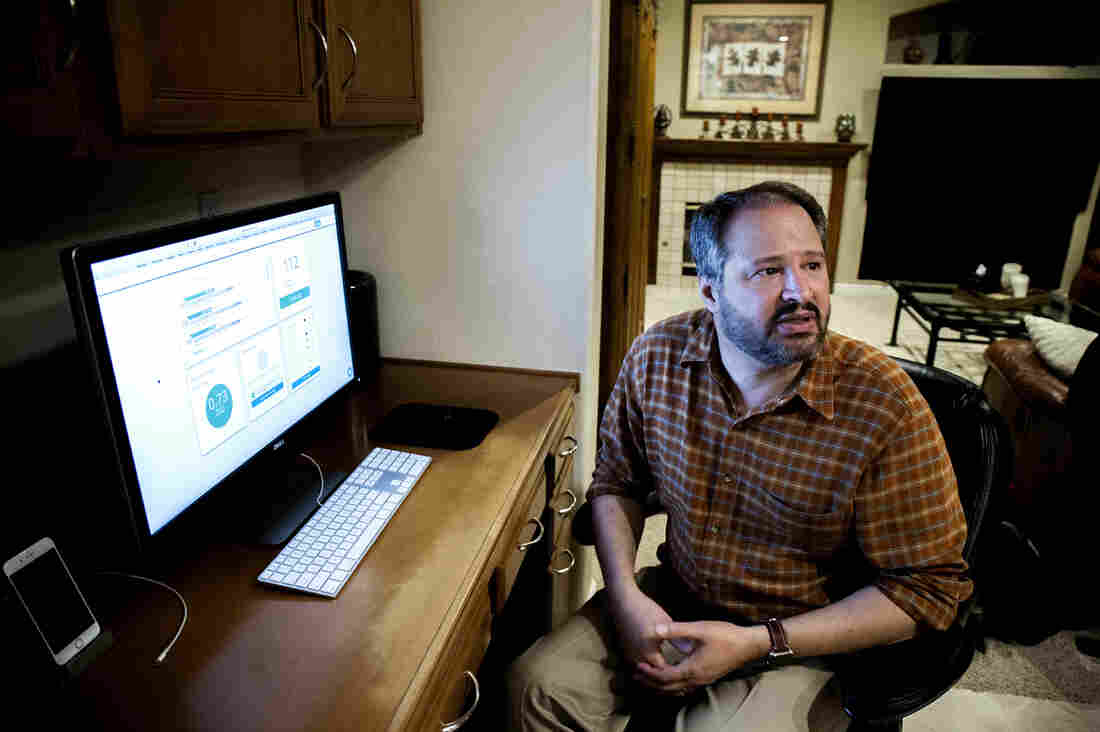 Steve Reed uses OhmConnect, a service that pays customers to lower their energy use at home during periods of high demand. Megan Wood/inewsource hide caption 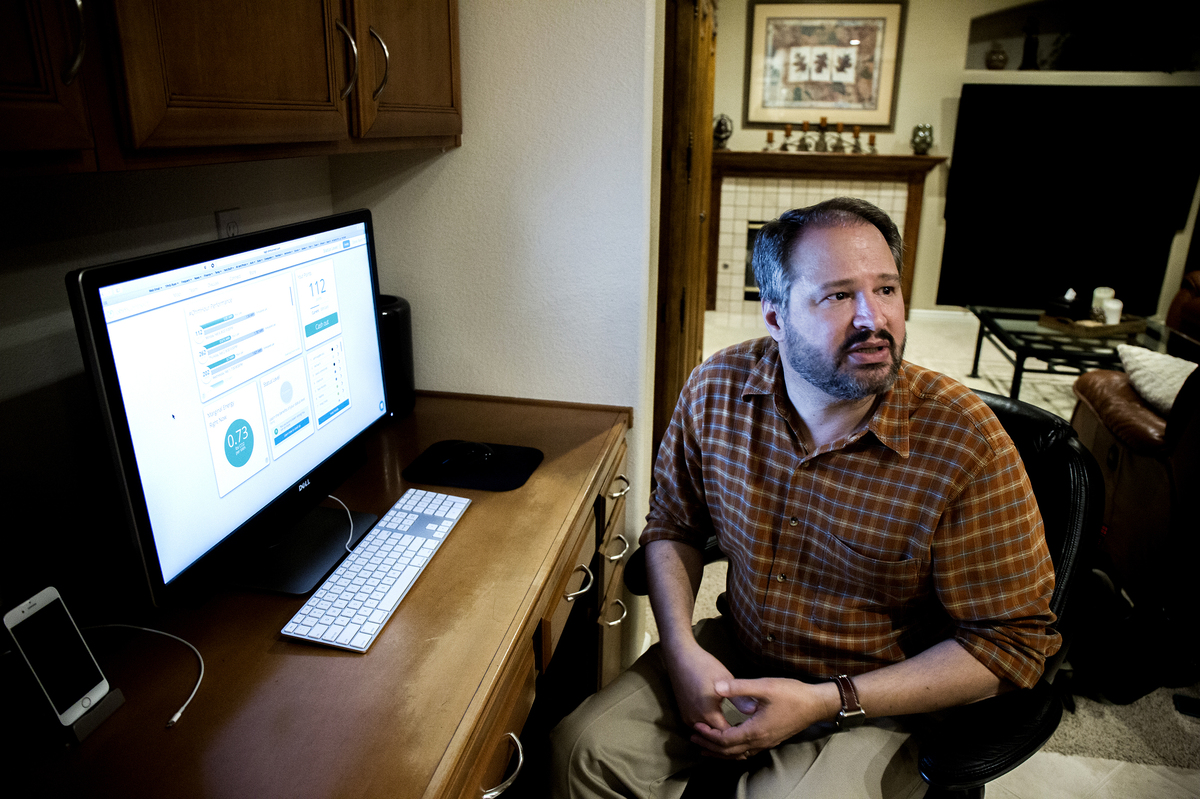 Steve Reed uses OhmConnect, a service that pays customers to lower their energy use at home during periods of high demand.

A new company is doing more than just monitoring electricity use.

Steve Reed of San Diego says he signed up for free with OhmConnect. He was eager to see how much his family could cut back on electricity at times when there is a high demand for it in the area.

"The easiest thing in the beginning is to just avoid big power usage," he says. "The big item for most people is actually their air conditioner or their heater, a stove or an oven or a microwave. The big big-ticket items."

On days when there is a high demand for electricity, extra power plants have to turn on, and they tend to be more polluting.

"Any individual person couldn't really do much about this," he says. "This is something you can do that's very easy, and it helps."

Reed figures that if enough people take similar action, a dirtier power plant could be kept from turning on, which he says is the ideal scenario.

The service includes an interactive map of where your electricity is coming from. Curtis Tongue, one of OhmConnect's co-founders, says it makes climate change and pollution less remote and gives people a way to do something purposeful.

After the designated hour is over, the company compares how much you used with what you usually use.

Then, it credits you for it.

"When our users save energy, they earn points," Tongue says. "We have a dashboard that we've built out that's kind of gamified energy saving."

On the dashboard, users can see accumulating points and cash them out via PayPal. Or they can play in teams and pool the points to donate. In one instance, a group of users from a school community gave to the PTA.

Average savings are around $100 a year.

Other electric companies have similar programs. But at GTM Research, analyst Elta Kolo says she watches OhmConnect because although it's young, it's caught on with some 100,000 users.

"It's attracting I would say more of the younger customers that are into having more data analyzed in their daily lives, you know, where you need an app for everything," Kolo says.

To understand how the company makes money for itself, think of electricity as a market. OhmConnect can promise the market that not as much power will be needed. That promise is worth money. Once, the company was able to get the power equivalent of 11,000 homes off the grid.

But Reed's advice for new users is to not be too extreme.

"I've heard of people literally unplugging their refrigerators for the hour and just sitting in the dark and all this crazy stuff, and there's really no reason to do that," he says.

It may be best to just focus on the easy things, like the thermostat. Just like with 10,000 steps or 8 hours of sleep, small changes add up.

Ingrid Lobet is a reporter with the nonprofit journalism organization inewsource in San Diego.