Accessibility links
Flying Cars Are (Still) Coming: Should We Believe The Hype? : All Tech Considered Airbus and Uber are planning for a future of flying cars and sky taxis. "You literally push a button and you get a flight," an Uber executive says. But will our Tomorrowland ever really arrive? 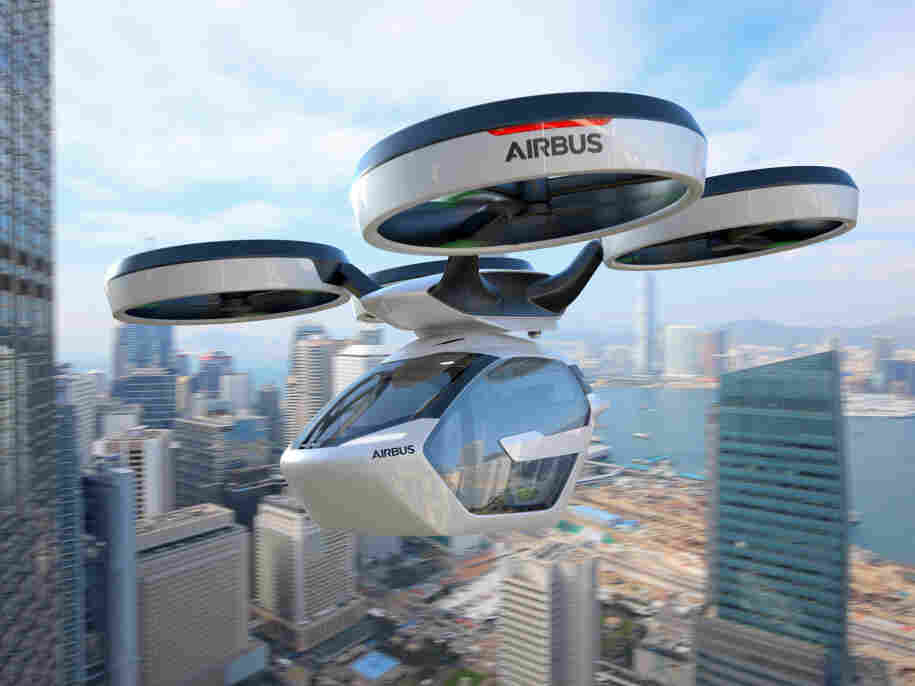 Airbus is one of more than a dozen companies actively developing flying cars. Airbus hide caption 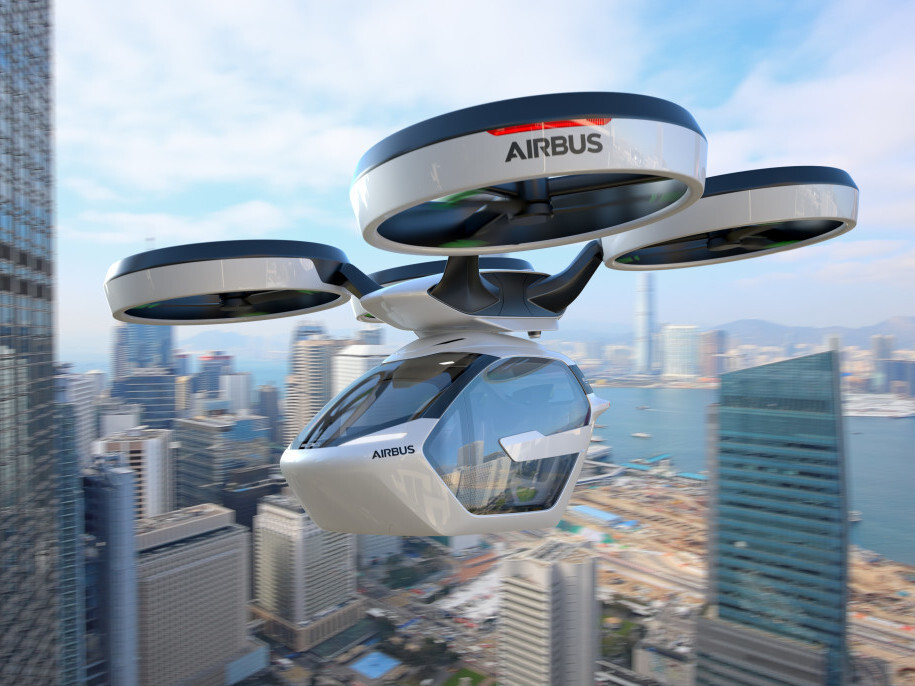 Airbus is one of more than a dozen companies actively developing flying cars.

In the 1950s, when America was hopeful and reckless conjecture was encouraged, prognosticators had some wild ideas about 21st century technology. A few came true, like robot companions. Most didn't, like lunar shuttles. 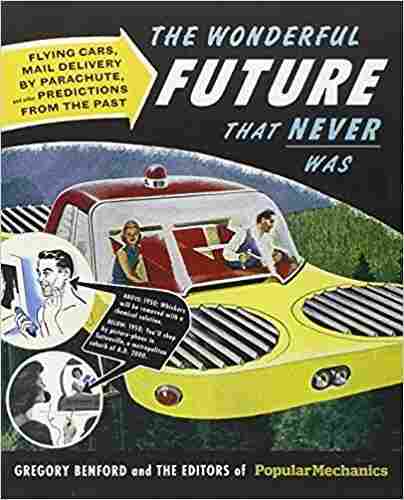 The editors of Popular Mechanics gathered their predictions in the 2012 book: The Wonderful Future That Never Was. Hearst Books hide caption

But one concept in particular has endured without quite being realized — the flying car. Check those special "future" editions of old magazines and you'll find plenty of stalwart citizens commuting to work in hovering sedans, with tail fins. So where did the dream go wrong?

Well, you may have noticed that flying cars have been buzzing the headlines this week, with new prototype footage making the rounds and Uber's flying car tech summit in Texas. The timing seems right for a reappraisal of our retro-future dreams. The good news is that flying cars are no longer science fiction — in fact, several designs are already in the air. The bad news is that you won't be flying one anytime soon.

First, the good news. Depending on how you define your terms, flying cars have been around for several years now. Straightforward hybrids like the Terrafugia Transition are basically cars with folding wings — keep 'em folded up when you're driving around; drop 'em down when you hit the runway. Of course, these vehicles are essentially private planes — you'll need a pilot's license. 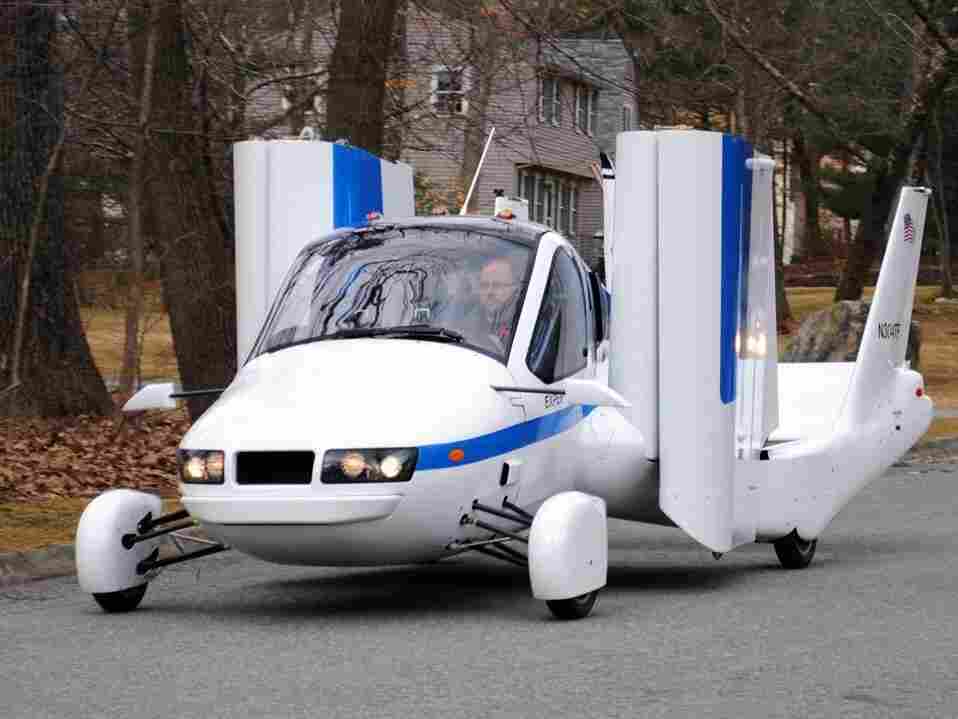 The Terrafugia Transition extends its fold-up wings when it hits the runway. Terrfugia hide caption 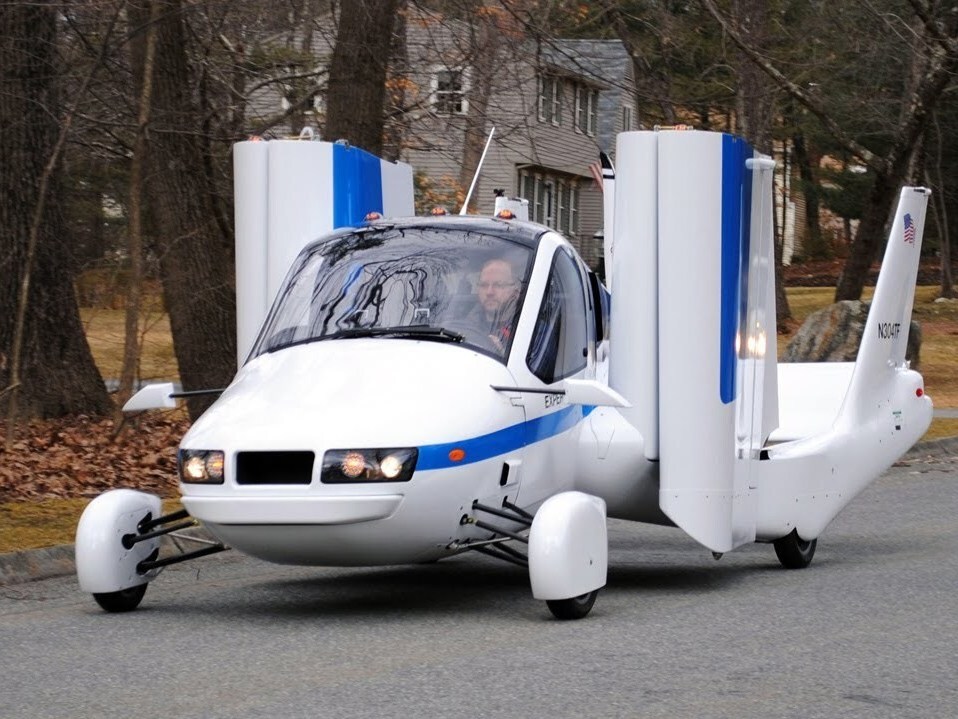 The Terrafugia Transition extends its fold-up wings when it hits the runway.

Then there are the rotor-driven aerial vehicles that function like miniaturized helicopters or maximized drones. Click around online and you can find several projects in this area, from high-tech specimens like the newly unveiled Kitty Hawk (backed by Google's Larry Page) to old-school da Vinci-style pedal-powered ornithopters. Depending on where you're flying, many of these personal aircraft are classified as recreational ultralight vehicles and don't require a pilot's license at all.

But they're not strictly flying cars of The Jetsons flavor we've been promised. For the real space-age stuff, you want vehicles with enclosed cabins that can launch and land in crowded urban environments. That means expanding on existing Vertical Take Off and Landing (VTOL) technology, employed by military vehicles like the Harrier Jump Jet. For a good example of this approach, check out the Lilium jet from Germany, backed by the European Space Agency. 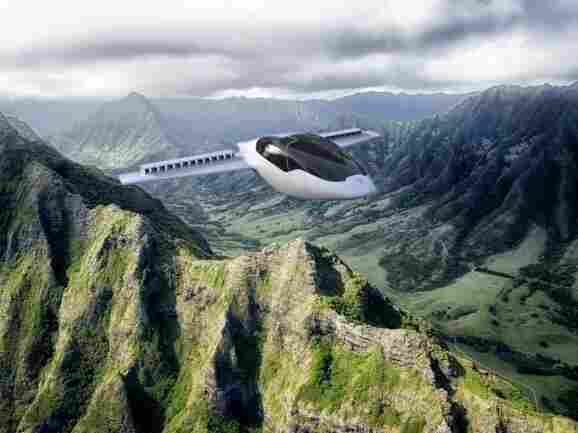 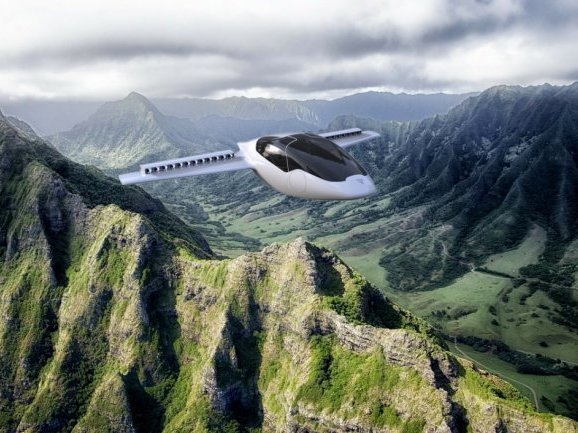 Lilium Aviation is already testing its all-electric personal jet, which takes off and lands vertically.

Still, that pesky pilot's license issue remains. If we're already worried about too many drones in the air, do we really want to consider a sky full of personal aerial vehicles?

To address this concern, the biggest players in the flying car game are banking on one more critical innovation: flying cars that can pilot themselves. That's what Uber is aiming for with its new Elevate initiative, which imagines a future of semi-autonomous flying vehicles that can be hailed from designated rooftops and helipads around the city.

Jeff Holden, Uber chief product officer, described a future service, tentatively called Uber Air. "You literally push a button and you get a flight," he said at the company's Elevate Summit in Dallas on Tuesday. A car trip between San Francisco and San Jose can take up to 2 1/2 hours, depending on traffic and "this is like a 15-minute flight," he said.

"This is giving you freedom, radically reducing time from point A to point B," Holden said. Uber hopes to launch working prototypes by 2020 and to eventually reduce the cost so that it's comparable to an UberX ride, he said. 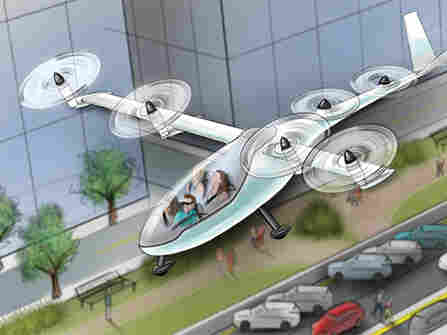 Uber is planning to expand its transportation services skyward with the Elevate program. Uber hide caption

Uber is planning to expand its transportation services skyward with the Elevate program.

Uber's "taxi planes" would initially use a combination of human pilots and automation, and could eventually move to a fully artificial intelligence-controlled flight network.

If that seems crazy, consider that the city of Dubai has already announced it will deploy a fleet of air taxis this summer, using the Chinese EHang 184 passenger drone.

Uber is not the only heavy hitter moving into this area. European aviation behemoth Airbus has been gradually unveiling elements of its ambitious autonomous vehicle project, which it hopes to start testing as early as next year. Airbus' proposed Pop.Up system would employ modular passenger cabins that can be affixed to a set of wheels on the bottom or an array of rotors on the top, depending on whether you're driving or flying. 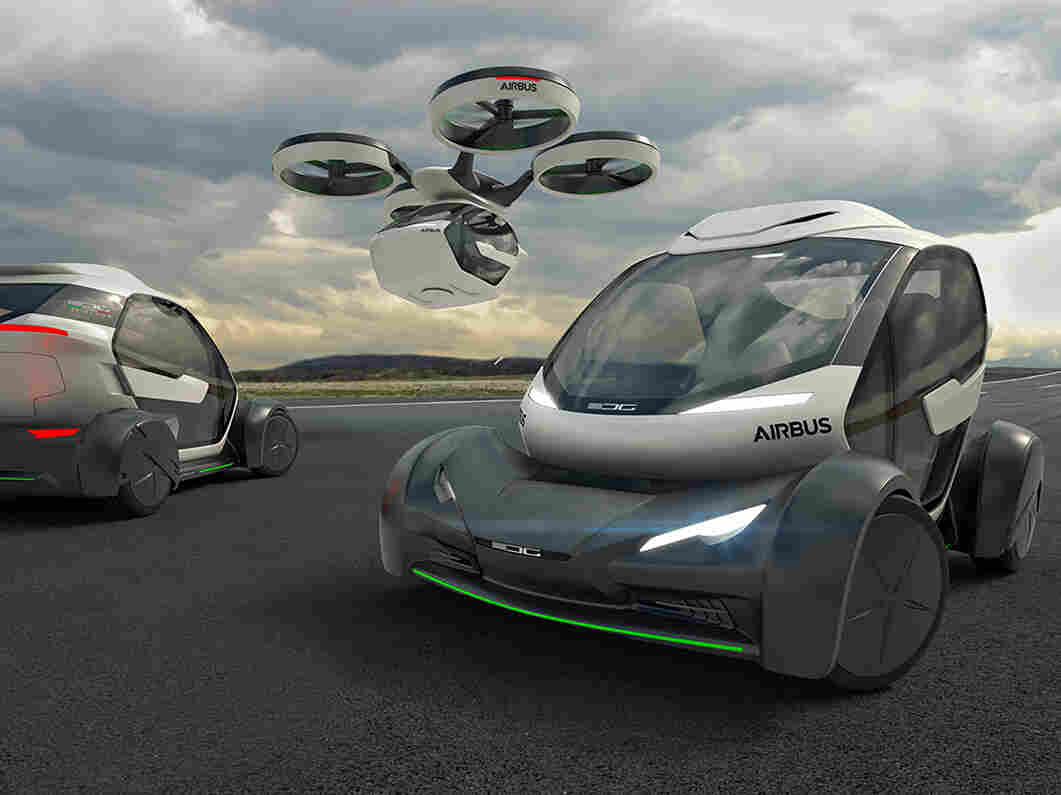 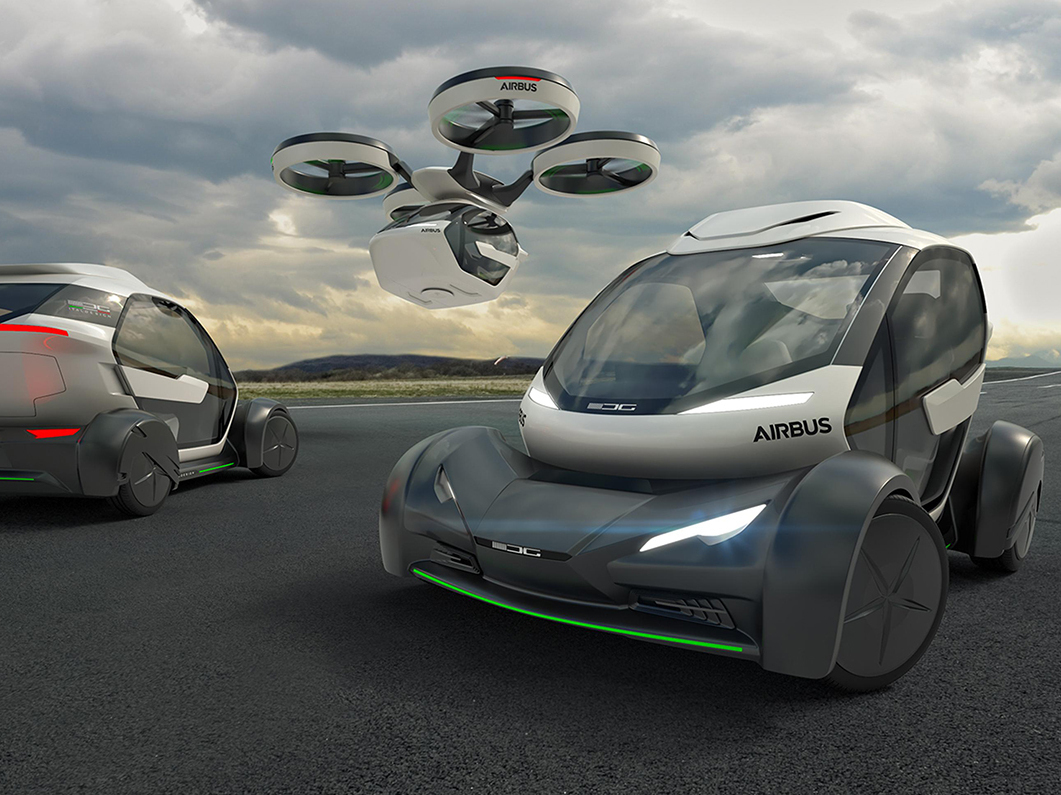 Airbus envisions a future of hybrid modular vehicles for road and sky.

Both the Uber and Airbus projects also incorporate that other major auto innovation of recent years — electric vehicles. Both systems envision a future of fully electric flying taxis and buses, to cut down on weight, noise and pollution. In fact, almost all of the recent flying car proposals are banking on batteries, with the exception of those pedal-powered contraptions.

In a recent issue of Airbus' corporate magazine, CEO Tom Enders said he fully expects to have a sky full of flying coaches and cabs over major cities: "In a not-too-distant future, we'll use our smartphones to book a fully automated flying taxi that will land outside our front door — without any pilot."

A different point of view

It all seems very exciting and imminent, but obviously some enormous obstacles remain — true autonomous vehicle technology and air traffic control, to name two. Adding millions of flying cars and taxis to the existing airspace would require a colossal reboot of air traffic control systems, most likely managed by some kind of future artificial intelligence. The more you think it through, the more daunting it all becomes. If you'd rather keep the 1950s dream alive in your mind, stop reading now.

Aviation consultant Richard Aboulafia is squarely among the skeptics. As a veteran industry analyst, Aboulafia makes his living assessing nuts-and-bolt realities, not concept drawings. When it comes to hybrid vehicles that can drive on roads and fly in the air, there's a core design dilemma, he says. 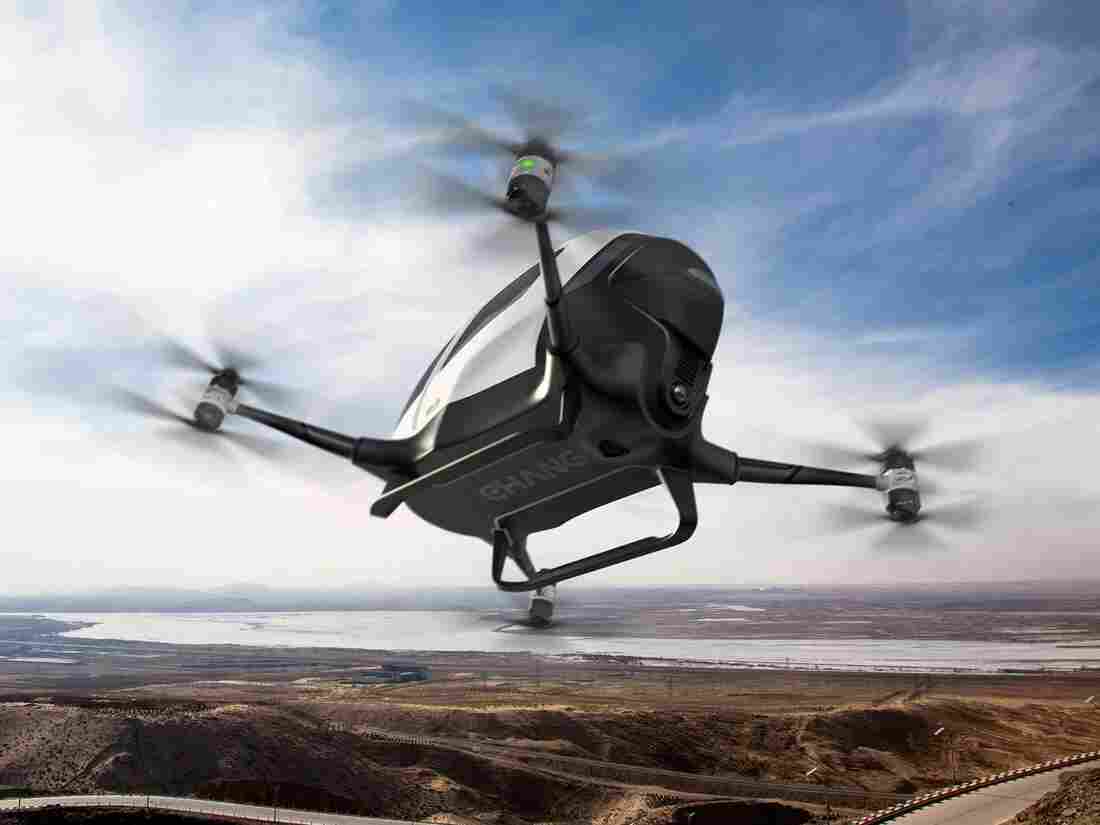 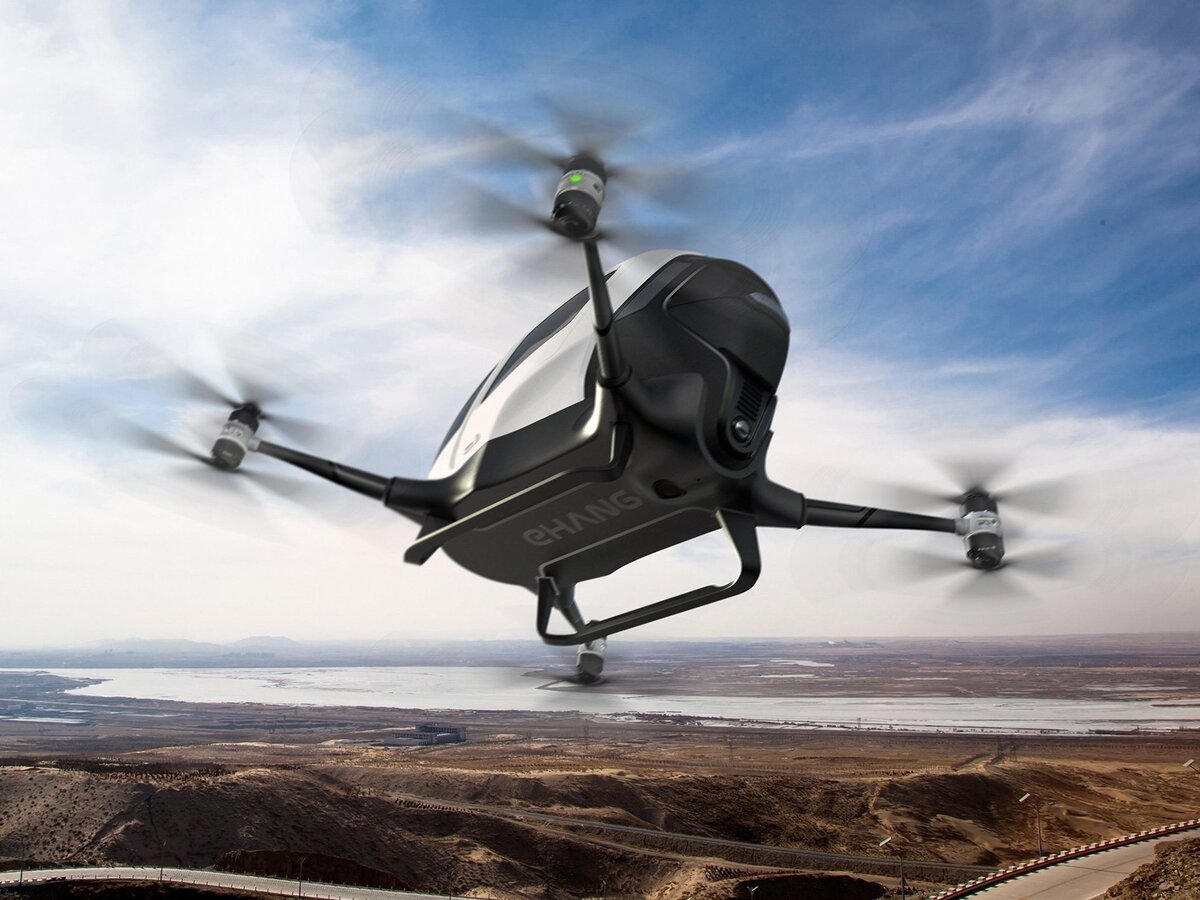 The EHang drone from China will provide VIP sky shuttle service in Dubai.

As for those fleets of ski taxis and autonomous flying vehicles being proposed by Uber, Airbus and others, Aboulafia sees another mountain of practical problems: "More issues than I can count, really."

Aboulafia says the first thing that jumped out at him in Uber's Elevate white paper is an old industry dilemma: Electric vehicles have a fundamental battery problem.

"The biggest issue with the Elevate manifesto is that it assumes the existence of a truly amazing battery with a phenomenal energy density," he says. "We've been striving for this for the last century. You'd need the kind of reliability that puts you in the air and keeps you there safely. This isn't a Tesla — you can't just pull over to the side of the road."

The self-piloting aspect has him worried as well. With flying cars, after all, we're adding an entire extra dimension to problems we have yet to solve in 2-D.

"When we have a safe self-driving car, we'll be part of the way there," Aboulafia says. "But we'll need some dramatic improvements in sense-and-avoid technology, to be able to track everything in all directions."

Then there are the maintenance issues. "Aircraft have a lot of moving parts, you know," Aboulafia says. "And aircraft maintenance is a lot more expensive than car maintenance — ask any pilot. If nothing else, we'd need a total maintenance revolution."

So is there any hope? Is our cherished 1950s vision of flying cars just an impossible sci-fi dream? Well, Aboulafia doesn't want to be a total bummer.

"It could be that one day we have this amazing confluence of unlimited and safe battery power, combined with truly autonomous capabilities, where the machine is truly flying itself," Aboulafia said. "All of that may trigger some kind of intra-urban mobility revolution.

"But that's many, many decades away — if ever."

After Two Test Flights, The Race Toward A Flying Car Is On