Accessibility links
At 94, Lithium-Ion Pioneer Eyes A New Longer-Lasting Battery : All Tech Considered In 1980, John Goodenough's work led to the lithium-ion battery, now found in everything from phones to electric cars. He and fellow researchers say they've come up with a faster-charging alternative. 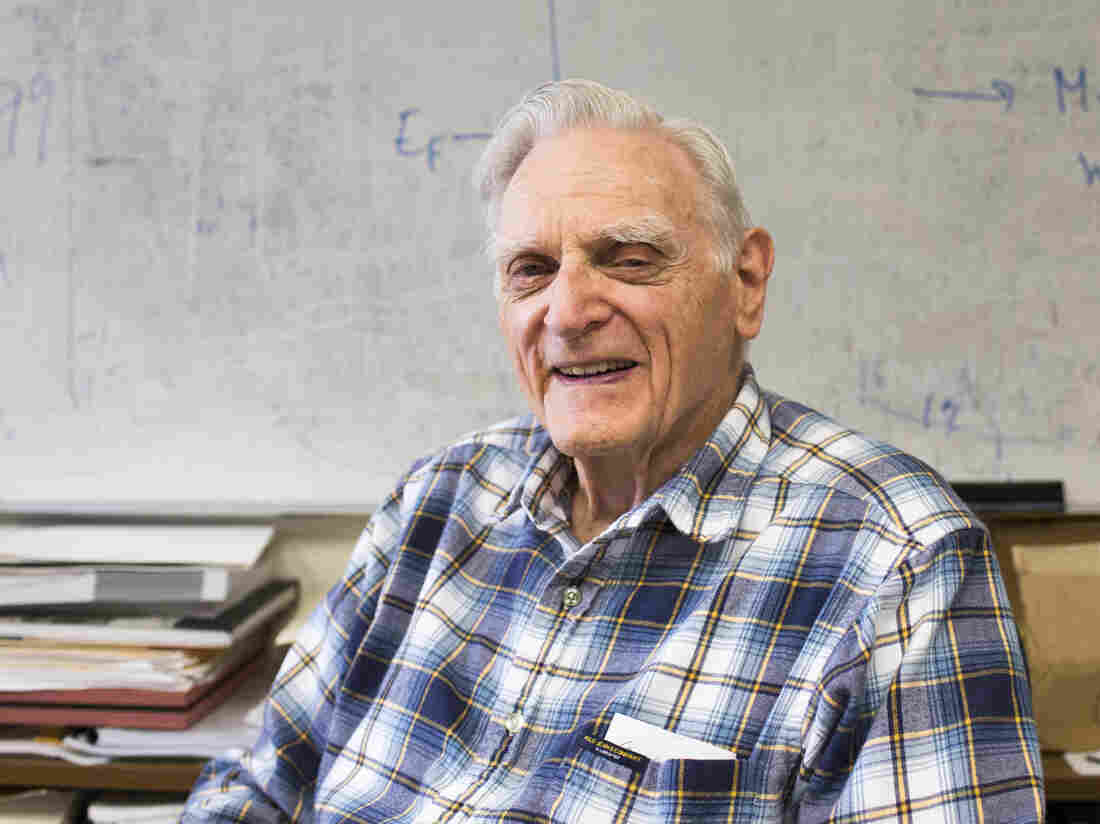 John Goodenough's work led to the lithium-ion battery, now found in everything from phones to electric cars. He and fellow researchers at the University of Texas, Austin say they've come up with a faster-charging alternative. Gabriel Cristóver Pérez/KUT hide caption 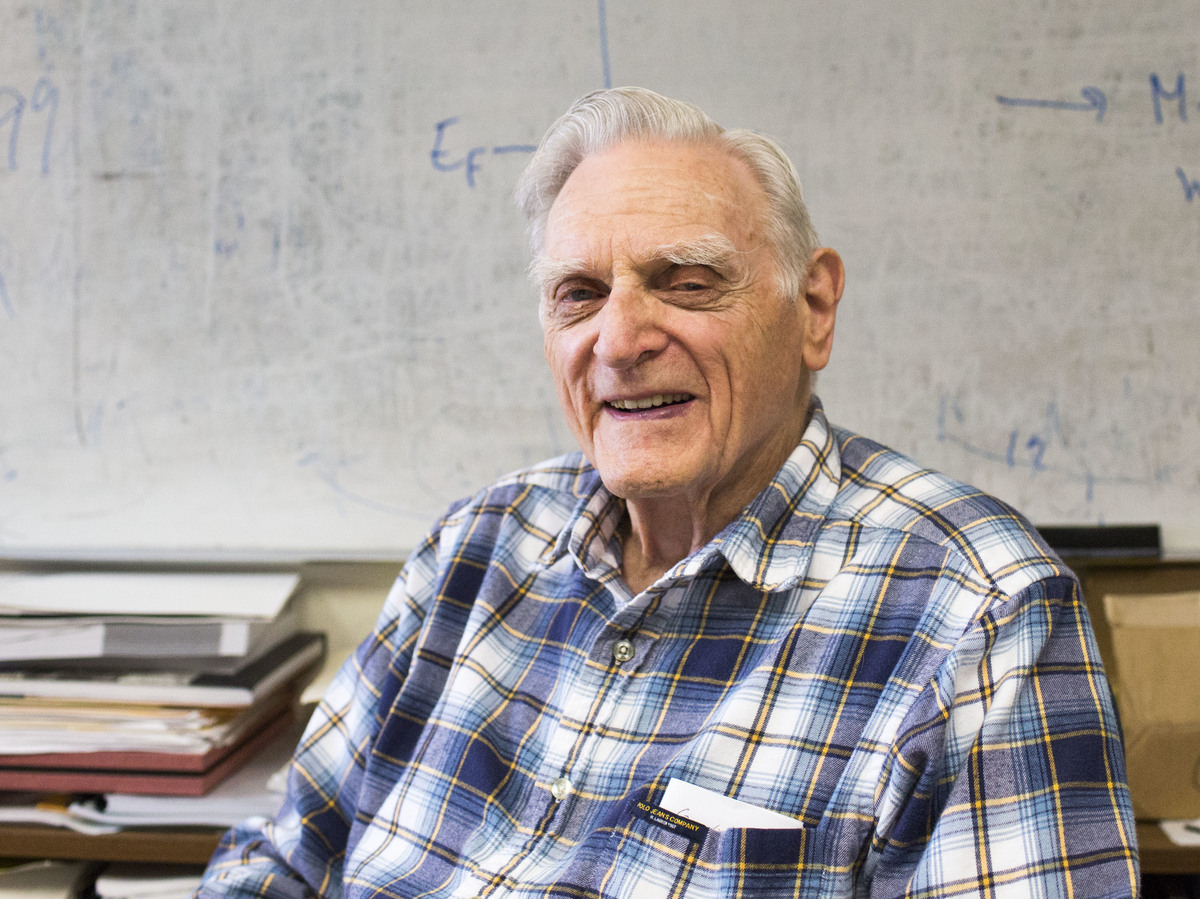 John Goodenough's work led to the lithium-ion battery, now found in everything from phones to electric cars. He and fellow researchers at the University of Texas, Austin say they've come up with a faster-charging alternative.

Building a better battery is the holy grail for people who want better technology. Now researchers at the University of Texas, Austin say they may have found that battery — or something close. But their claims have sparked controversy.

At the center of this debate is a towering figure in the world of science — John Goodenough, who teaches material science at the university.

In 1980, his work led to the invention of the lithium-ion battery — now crucial to powering everything from cellphones and laptops to electric cars. For a lot of people, that would probably be enough. But at 94 years old, he's still at it.

"All the young people that I had as postdocs are getting ready to retire," he says, laughing.

Now, Goodenough and his team say they've created a new battery that may store up to five times more power than current ones. And, even better, such a battery would charge and recharge in a matter of minutes — all without exploding.

The implications are huge.

"If we can really lower the price of these batteries, there's so much you can do with it," Goodenough says.

Such batteries could store renewable energy to power homes, boats, drones — and be used to make cheaper electric cars with a longer range.

"You can name it," he says. "I mean there's just so many things, so it should make a big revolution."

But how does it work?

Helena Braga, the lead author in the research journal that announced the new technology, shows me around the lab. There are beakers lined up, wires connected to experiments going on in the wall and big cabinets that are sealed off so that nothing gets contaminated.

"Here we should always control the oxygen and the amount of water that we have inside," Braga explains.

That's important because batteries work by storing chemicals that react to create an electric charge. Now, I'm oversimplifying this research. But where most batteries use a liquid to allow a charge to flow between the positive and negative sides, Goodenough's team is using a solid — a lithium glass. In their paper, they say this glass along with a new design allows their battery to perform so much better.

But many others are skeptical.

"If you could accomplish what this paper claims, it would rewrite the way we think about chemistry," says Dan Steingart, a professor of mechanical engineering at Princeton. He says batteries are sealed, so it's hard to know what's really going on. And he doubts the team's interpretation of what's happening here. In fact, he says, the chemical ingredients shouldn't be storing any power, what he calls "anomalous capacity."

"As revered and important as John Goodenough is," Steingart says, "the mechanism described to account for the anomalous capacity appeared to be in conflict with the first law of thermodynamics."

Powerful But Fragile: The Challenge Of Lithium Batteries

If that's true, there must be something else to explain the results. And the promise of the battery is likely overstated.

Goodenough responds to the criticism with a laugh. "We haven't violated any laws of thermodynamics, and we have tested it and we have proven we can get 3 volts over 500 cycles," he says.

He says companies have already shown interest in commercializing the invention — even while others in the world of science try to reconcile it with the very laws of physics.

Mose Buchele reports on energy and the environment for member station KUT. You can follow him @MoseBuchele.