Accessibility links
Reading The Game: Witcher 3 : All Tech Considered Our occasional series on storytelling in video games returns with an epic, week-long journey into The Witcher 3: Wild Hunt, the latest installment of the adventures of monster-hunter Geralt of Rivia. 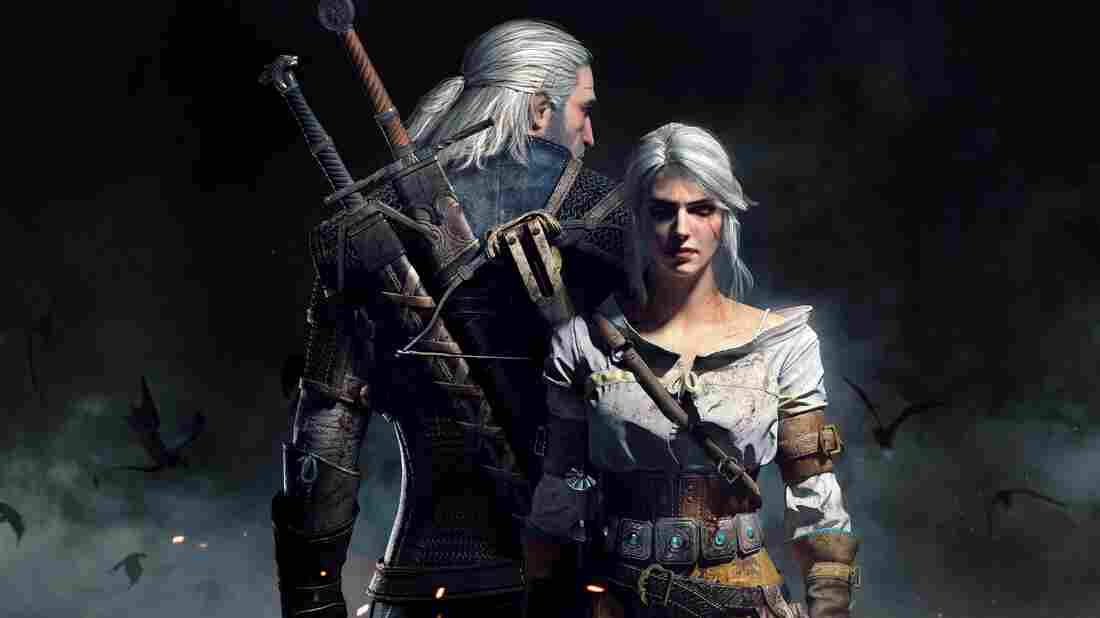 Monster-hunter Geralt of Rivia and his adopted daughter Ciri are at the center of a complex story in The Witcher 3: Wild Hunt. CD Projekt Red hide caption 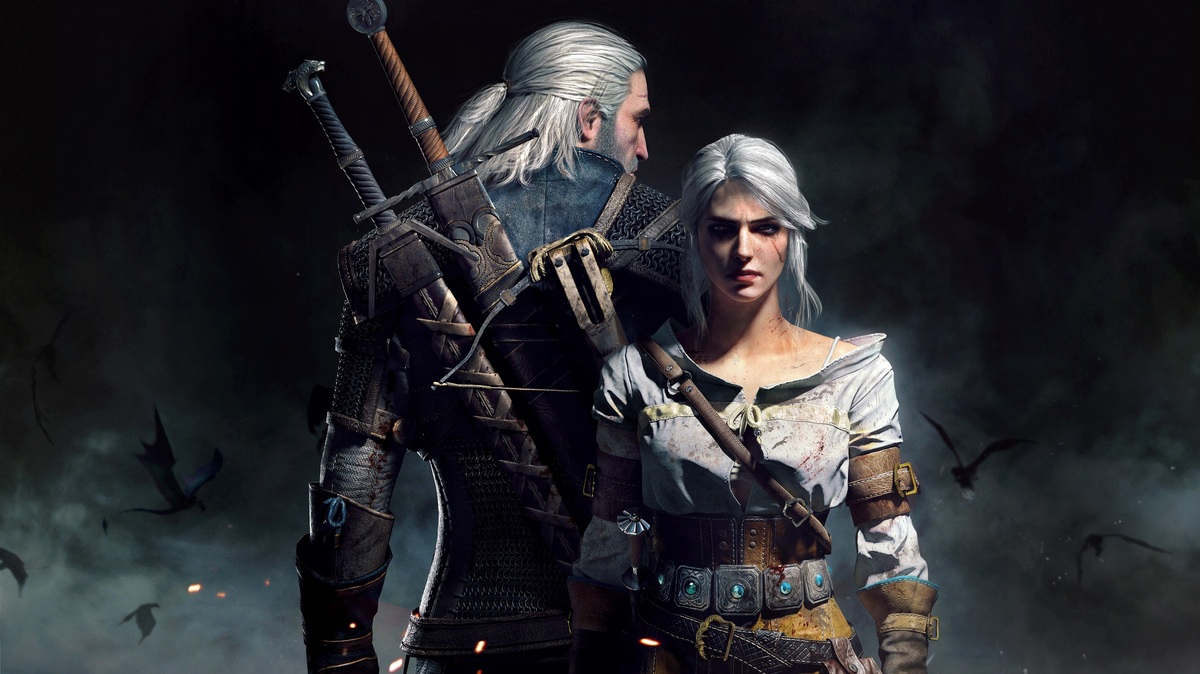 Monster-hunter Geralt of Rivia and his adopted daughter Ciri are at the center of a complex story in The Witcher 3: Wild Hunt.

Any video game can tell an epic story. That's what they're made for. They are our myths and fireside tales, our deepest, strangest form of play. The good ones do epic — world-ending, apocalyptic, stakes as high as the tall corn — like taking a breath. But only the great games can go small. Can tell the tiny tales that knit a narrative together and make it feel true.

That's what The Witcher 3: Wild Hunt is best at. And I oughta know. I spent a full week of my life playing it.

And I'm not talking a few hours a day for seven straight days here. That's for tourists. Dilettantes. No, I spent a solid week inside the skin of Geralt of Rivia — father, monster hunter, Nilfgaard's number one lover-man of witches, sorceresses and succubi. 170-odd hours, from opening tutorial to the minute the credits started to roll. I regret nothing.

Reading The Game: Shadow Of Mordor

When I began, I was terrible. Just me and my dumb horse, Roach, wandering the countryside and being bludgeoned, stabbed, burned, poisoned or disemboweled by everything on two, four or eight legs. When I finished, I was better. Rich, powerful and deadly as all hell.

But I was other things, too. Regretful. Sad. Homeless. Hunted. I had fresh scars and the blood of friends on my hands. I'd done a lot of good and a fair amount of bad (for arguably good reasons) as Geralt. And as the man inside him, I remained haunted by pieces of it.

The plot of Wild Hunt is ... complex. At it's most simplistic (and, therefore, most honest) it is about a man who has misplaced his adopted daughter and will do anything — including bringing about the end of the world — in order to get her back safely. That the man (Geralt) happens to be a monster-hunting bad-ass with two swords and a wicked face scar, and the daughter (Ciri) is following in the family tradition, but is also being chased all over the world by elves and trans-dimensional ice monsters? That in the course of his adventures, Geralt will (among other things), put on a play, murder a tree, find an old lady's frying pan and have sex on a stuffed unicorn? That's all just gravy.

It is the story of a man looking for his daughter. It is the story of a lot of people looking for a lot of missing things — friends, comrades, nations, history — all of which swirl together into the main narrative. Unsurprisingly, The Witcher series is based (loosely) on a series of books by polish author Andrzej Sapkowski (of which a new one has just been announced, called Season Of Storms, along with a brand-new Netflix TV series). But here, now, in my living room, the land is at war. Monsters are everywhere. There is death and horror and tragedy at every turn. And into this rides a man on a horse with a sword and a past.

The Bloody Baron — that's where most people say the story gets good. About 10 hours in, you meet a great, loud fat man who has put himself in charge of a town ravaged by the war. His wife and daughter are missing. And in trade for information about Ciri, Geralt has to find out what happened to the Baron's family. It's one of those encounters that seems like it's going to be simple, but becomes twisted and strange and tragic and, before you know it, has taken hours and days from you like a thief. It deals with drunkenness, abuse, loyalty and rage, medieval fantasy PTSD and magic. It is storytelling with weight, which gives an early example of the stakes Wild Hunt is willing to put on the table and, eventually, the horrors from which it will not shy.

The Bloody Baron. That's a story that people who've been Geralt remember. But for me, it was a rock troll and a boat ... and a painted chicken.

One day, I stumbled upon a troll, stockaded in by the planks of broken boats near a river. He was bigger than me, this troll. Far more dangerous. But also talkative. Funny in his gravel-mouthed way. He told me a story about being asked by a group of soldiers to guard their boats. They'd promised they would make him a soldier if he did this, and the troll really wanted to be a soldier — to wear shiny armor and carry a flag.

Good games are epic. Great games are true. And Wild Hunt is that rarest of modern, digital myths: One that is both.

Problem was, how could he guard the boats without walls to protect them? His solution: smash the boats and use the wood to make walls. The troll was proud of his idea. But the soldiers had never come back and he felt like he was owed something. What he wanted was for Geralt to find him some paint and make a flag for what was now his castle. "A chicken," as he called it — the Redanian eagle, banner of one of the two sides in this war — that would make him official. I had a choice. I could kill the troll (it was a monster, and hunting monsters was my business), or I could find some paint. I found some paint. That's just how my Geralt rolled. Friend to trolls. A decent man in a bad place.

There were a hundred of these — brief interactions that sometimes ended with me dabbing a chicken on a wall, small moments that stuck with me after I switched the game off. It is rare for a big game to be so focused on the small things. Exceedingly rare for it to be made up, more or less, of a thousand trivial, funny, sad, often pointless stories which all, in their way, cut the path that the plot will ultimately follow.

Good games are epic. Great games are true. And Wild Hunt is that rarest of modern, digital myths: One that is both.