Accessibility links
VHS Tapes: How Archivists Are Working To Save Them : All Tech Considered With VHS tapes degrading, most Americans' home videos from the '80s and '90s won't be viewable in a decade. But there's a grassroots movement to preserve them for posterity.

Listen · 3:56 3:56
Videotapes Are Becoming Unwatchable As Archivists Work To Save Them 3:56 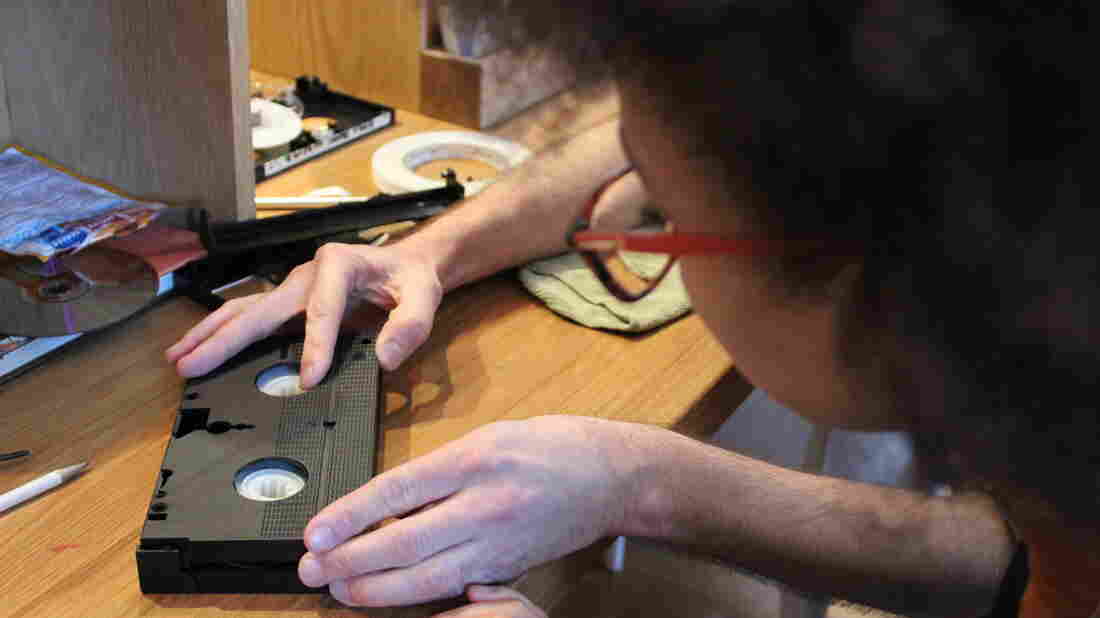 XFR Collective member Carmel Curtis works on a VHS cartridge during an event at the Baltimore Museum of Art in March. Lorena Ramirez-Lopez/XFR Collective hide caption 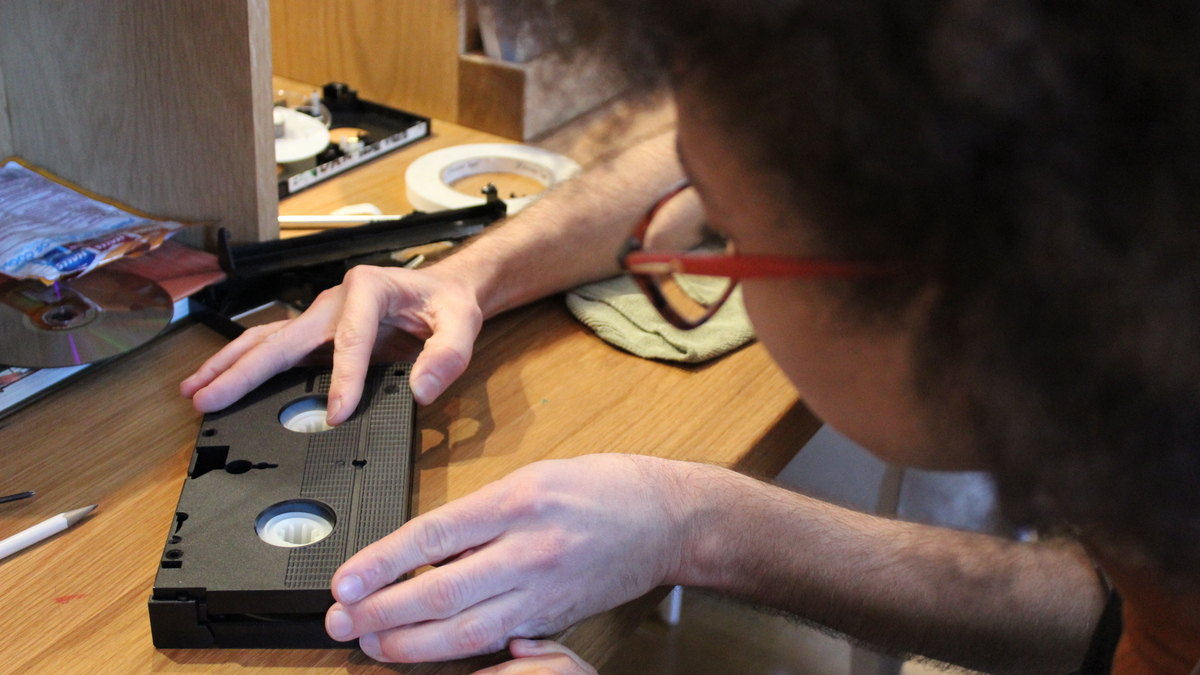 XFR Collective member Carmel Curtis works on a VHS cartridge during an event at the Baltimore Museum of Art in March.

Mary Kidd pops a VHS tape in the deck and rewinds. Two kids appear on the screen, dancing to music and laughing.

Kidd and her colleagues meet in this loft in Tribeca in New York City every Monday to digitize tapes like this one. The loft has racks of tape decks, oscilloscopes, vector scopes and wave-form monitors that help ensure a quality transfer from analog to digital.

Kidd and the others are archivists and preservationists, and they're part of a group called XFR Collective (pronounced Transfer Collective). Most work professionally, but they volunteer their free time to do this. And while the mood is light, there is a sense of a deadline.

"In the heads of all Transfer Collective members, we do have kind of this 'tick-tock,'" Kidd says.

That's because research suggests that tapes like this aren't going to live beyond 15 to 20 years. Some call this the "magnetic media crisis," and archivists, preservationists, and librarians like the ones in the XFR Collective are trying to reverse it.

Preserving Audio For The Future Is A Race Against Time

"Once that magnetic field that's been imprinted into that tape has kind of faded too much, you won't be able to recover it back off the tape after a long period of time," says Howard Lukk, director of standards at the Society of Motion Picture and Television Engineers.

Most tapes were recorded in the 1980s and '90s, when video cameras first became widely available to Americans. That means even the best-kept tapes will eventually be unwatchable.

Lukk estimates there are billions of tapes sitting around. There are plenty of services out there to digitize tapes — local stores, online services, even public libraries and universities. Some services are free; some cost a lot of money.

The thing is, many people don't realize their tapes are degrading.

And some who do know — even members of the XFR Collective, like Mary Kidd — haven't even gotten around to their own tapes.

"Sometimes I do fall asleep at night thinking to myself, 'Oh my gosh, is this tape in the storage space that I own slowly turning into goo?' " Kidd says, laughing. "I hope not. I really hope not."

Digitizing also takes a lot of troubleshooting. Each transfer the Collective does requires them to play the entire tape through while they sit there and watch it.

At one point during the Monday night transfer, the video started dropping frames, and Collective member Michael Grant jumped up to adjust the tracking and try to figure out what was happening. 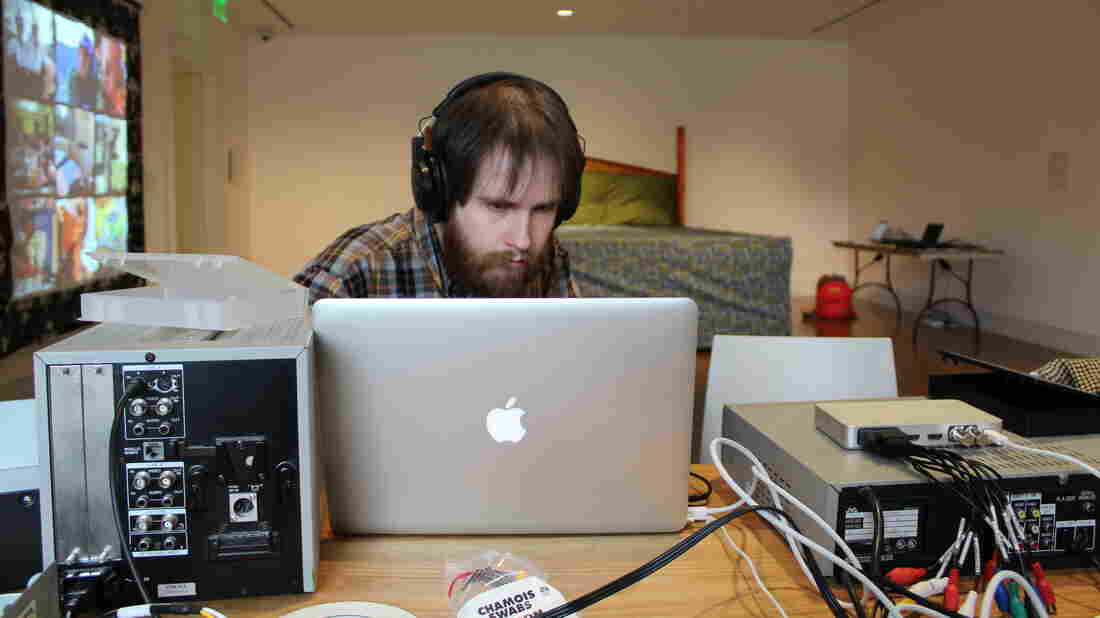 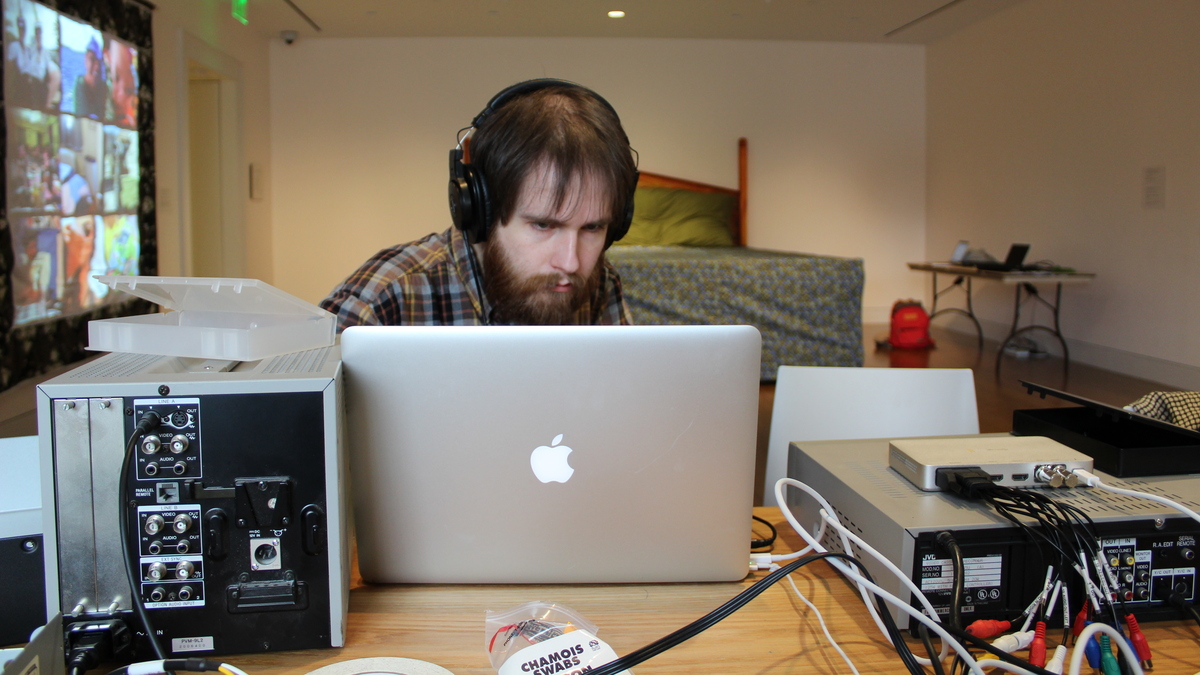 Member Michael Grant works at the XFR Collective transfer station at the Baltimore Museum of Art.

At the same time in the corner, a member named Brendan Allen was struggling with a tape stuck in the jaws of a deck, searching Google and archivist listservs for the answer.

"There's also something very satisfying about seeing something going wrong ... putting our collective consciousness together and figuring out a problem," Kidd says. "It's always an adventure, and I live for it."

XFR Collective works together to identify tapes they think are important to save. That's often videos from communities they believe aren't always well-documented in the archives of institutions these archivists work at during the day: People of color, queer people, immigrants, artists and activists.

Preserving Our Digital Past, One Video Game Cartridge At A Time

Some are old videos of police brutality; others are just weddings or old public access TV that isn't saved anywhere else. All tapes are from people who want their content to be publicly available, and after the tapes are transferred, they're stored on the nonprofit Internet Archive. To date, they've transferred 155 tapes--67 hours in total.

Of course, this doesn't guarantee that they will be saved forever. Digital has its own problems, and Lukk says that some film preservationists argue we should be looking back to before magnetic media for stable preservation — many Hollywood films, for instance, are often stored on film in salt mines, where they can last 100 years. 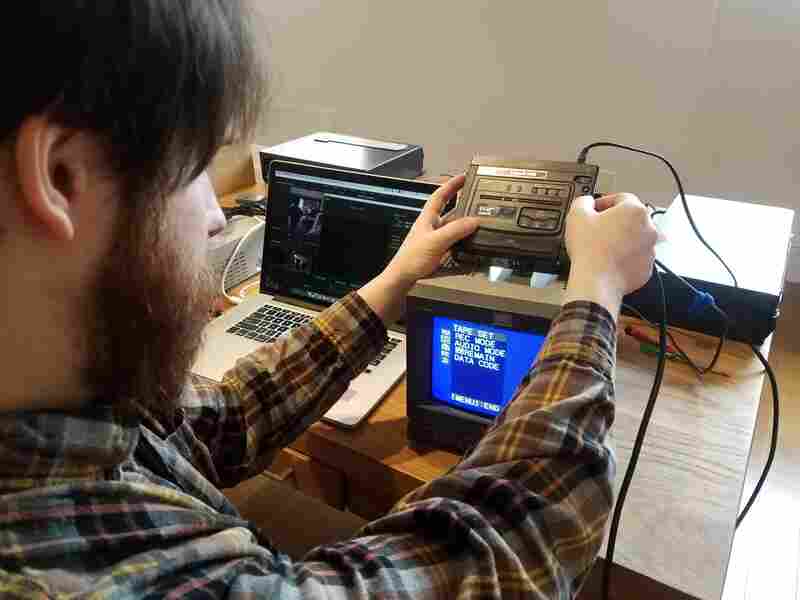 Michael Grant adjusts the settings on a Hi-8 deck at the event in Baltimore. Lorena Ramirez-Lopez/XFR Collective hide caption 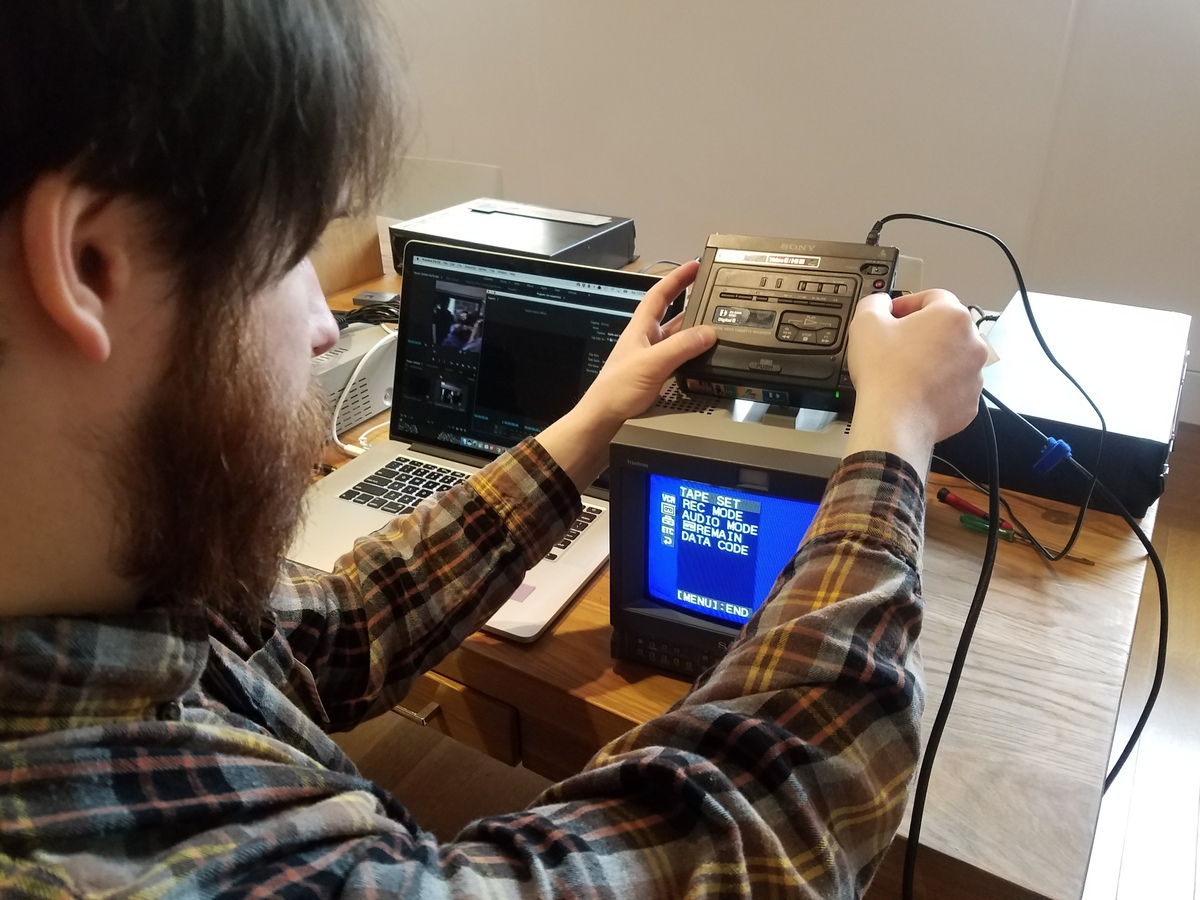 Michael Grant adjusts the settings on a Hi-8 deck at the event in Baltimore.

Grant says he sometimes transfers tapes of people who have been dead for 30 years.

"You get to be really intimately familiar with them in this creepy way," Grant says. "If they were alive and saw you on the street, they would have no idea who you are, but they sort of feel like your old friends."

But over everything, the volunteers devote themselves to this work because if they don't save these intimate, personal histories, it's possible no one will.

Scott Greenstone is a news assistant at Weekend All Things Considered. You can follow him @evergreenstone.