Accessibility links
Eager To Burst His Own Bubble, A Techie Made Apps To Randomize His Life : All Tech Considered Suddenly aware of repetitive feedback loops in his life, Max Hawkins created apps that decided where he should go, what strangers' parties he should attend, even how he should spend Christmas. 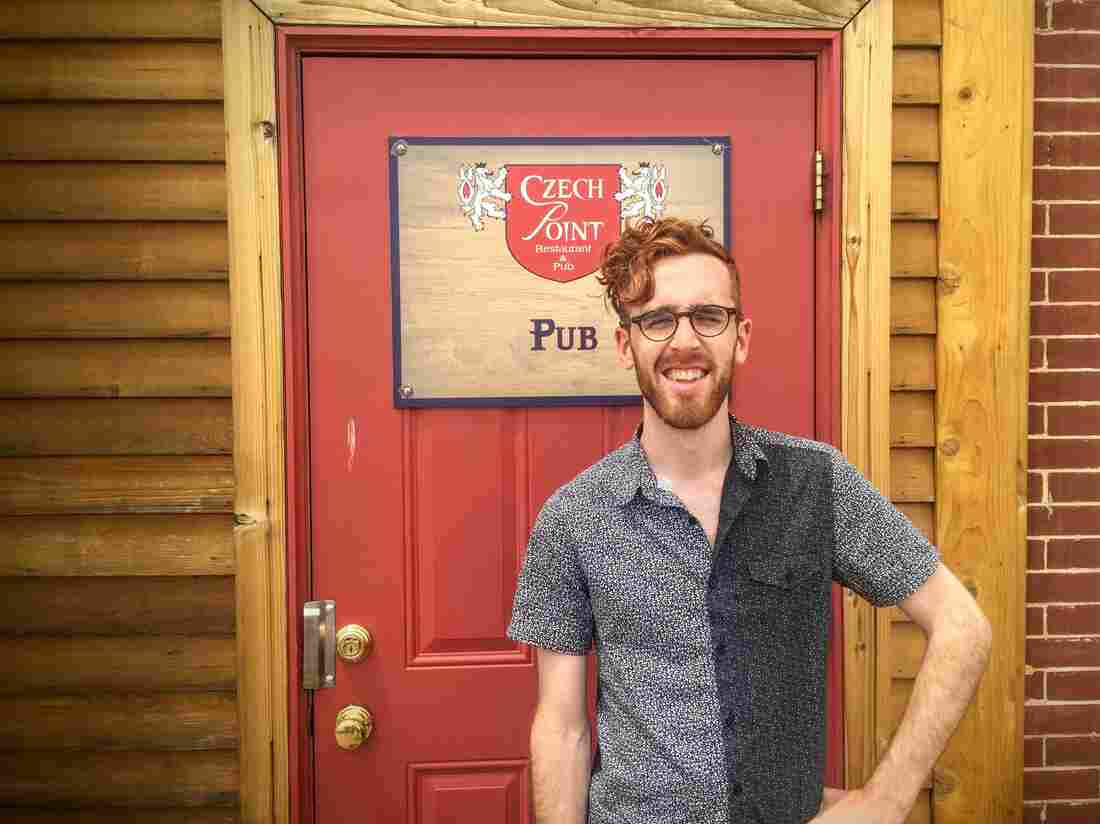 Max Hawkins' randomizer app sent him to the Czech Point Restaurant and Pub in Clutier, Iowa, among the many places he may never have found on his own. Courtesy of Max Hawkins hide caption 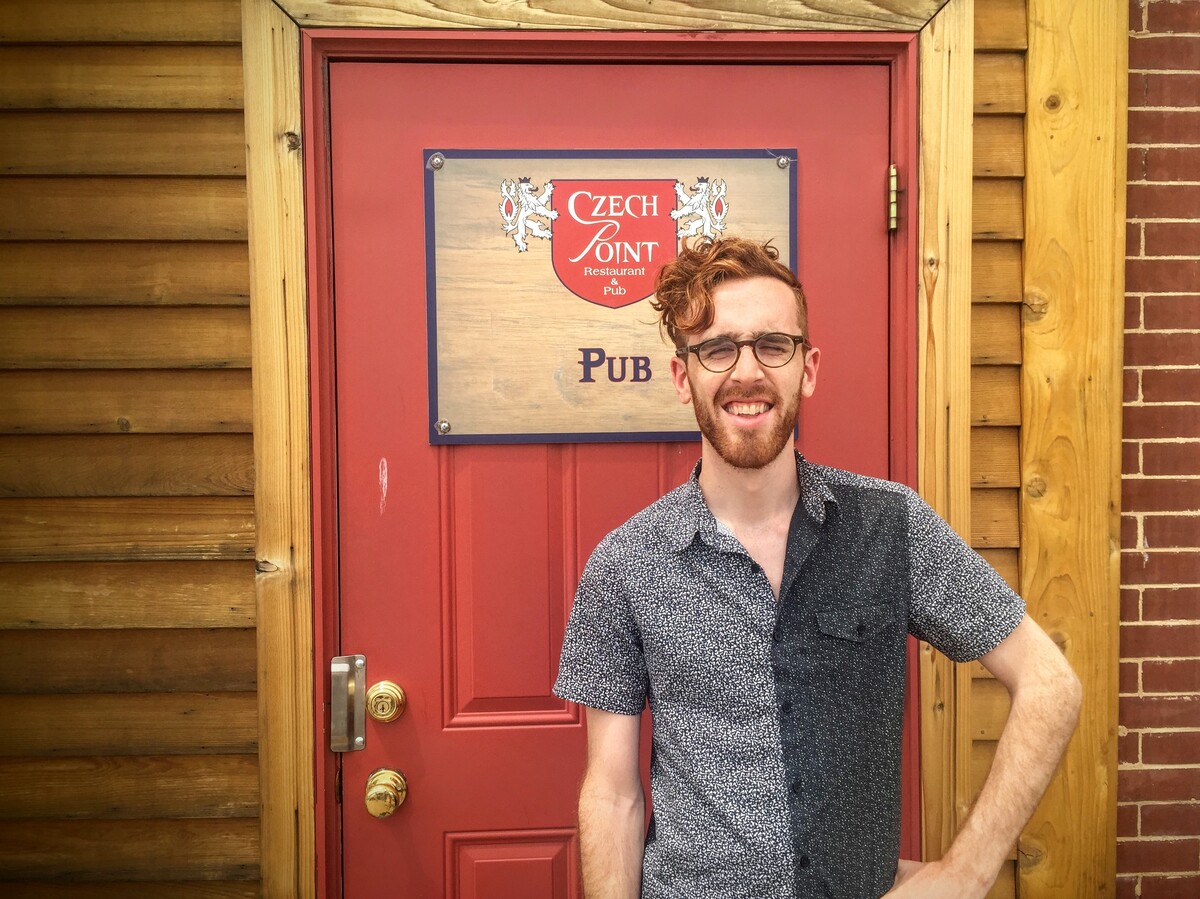 Max Hawkins' randomizer app sent him to the Czech Point Restaurant and Pub in Clutier, Iowa, among the many places he may never have found on his own.

This week, the podcast and show Invisibilia examines the nature of reality, with a Silicon Valley techie who created apps to randomize his life, a psychologist who trains herself to experience the world like dogs do and a wildlife biologist who thinks bears aren't dangerous.

He was employed by Google, surrounded by friends and had his routine nailed down. He woke to artisanal coffee, biked to work along the beautiful Embarcadero waterfront roadway, lunched on Google's famed free food ("like four different kinds of kale" level) and — possibly the true mark of a successful millennial — got invited to many happy hours.

But something was missing.

Sometimes Max would lay awake at night pondering what felt so ... wrong.

"I just started thinking about these loops that we get into," he says. "And about how the structure of your life ... completely determines what happens in it."

Max's once beautiful routine suddenly seemed unfulfilling. He felt like he was growing closer to people in his own bubble and becoming isolated from those outside of it.

"There was something ... that just made me feel trapped," he says. "Like I was reading a story that I'd read before or I was playing out someone else's script."

How is it that two people can look at the same thing and see something completely different? Alix Spiegel and co-host Hanna Rosin tackle the notion of bubbles and follow two people making radical attempts to break out of them in the latest episode of Season 3 of the NPR podcast Invisibilia.

As any computer developer would do, Max turned to technology to craft his way out — a series of randomization applications.

Max started small, with an app that integrated Uber. It starts like a regular ride-hailing app: He would press a button in the app and a car would arrive. But then, a twist: He couldn't select a drop-off location; the app would choose a spot within a range without disclosing it. The only thing the rider had to do was enjoy the journey — and hope for a good destination.

From there, Max's applications became more complex. He built an app that used a Facebook search function for public events to find ones near him. Then the app would randomly choose which event Max would attend.

At first, he was nervous: What if people wouldn't let him in? But, as a kind of unassuming white guy, he actually didn't have this problem. (And Max acknowledges this privilege.) Once Max explained how and why he had arrived at these events, hosts usually welcomed him, often with only a few questions asked. Most of the time, people were taken by the idea of Max expanding his bubble.

One night, he got to drink white Russians with some Russians. Another, he attended acroyoga (as in, acrobatics + yoga). A community center pancake breakfast. A networking event for young professionals. The algorithm chose; Max attended.

Most of these events were something that the nonrandomized Max would never have thought to try. The computer was breaking him out of a life driven by his own preferences. He was suddenly seeing the world in a whole new way, and he really liked it. 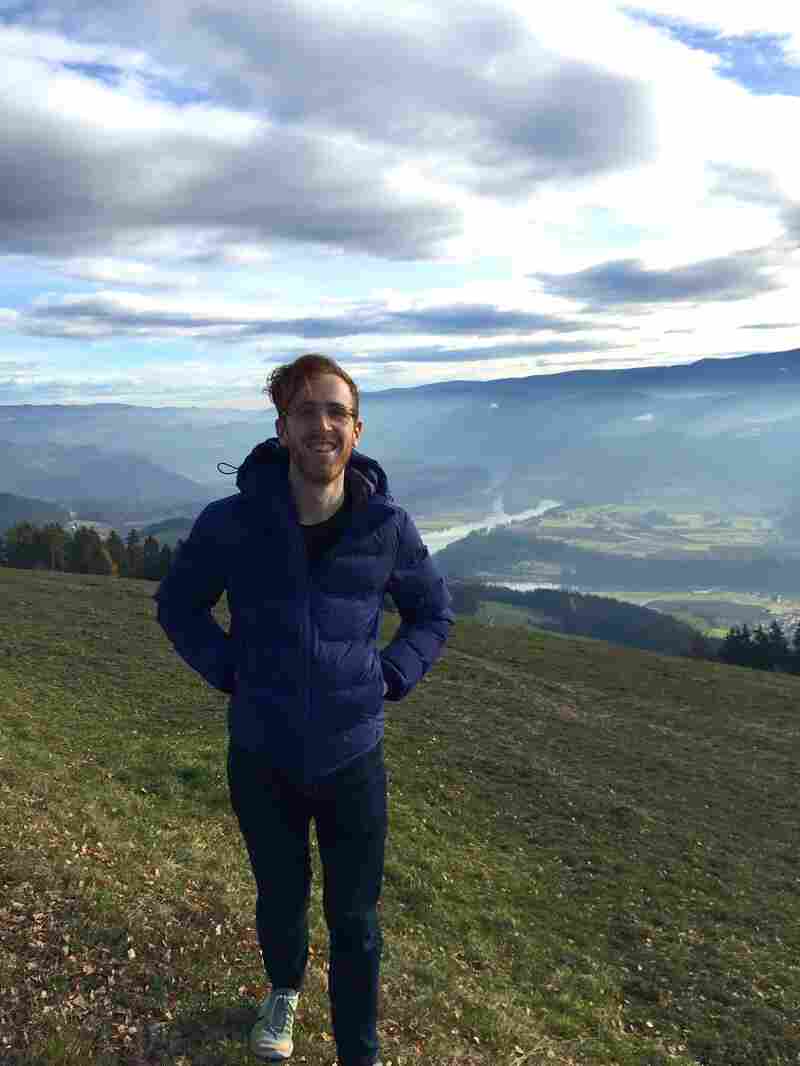 For two years, Hawkins let his app guide him around the globe, including a stop in Gortina, Slovenia. Courtesy of Max Hawkins hide caption 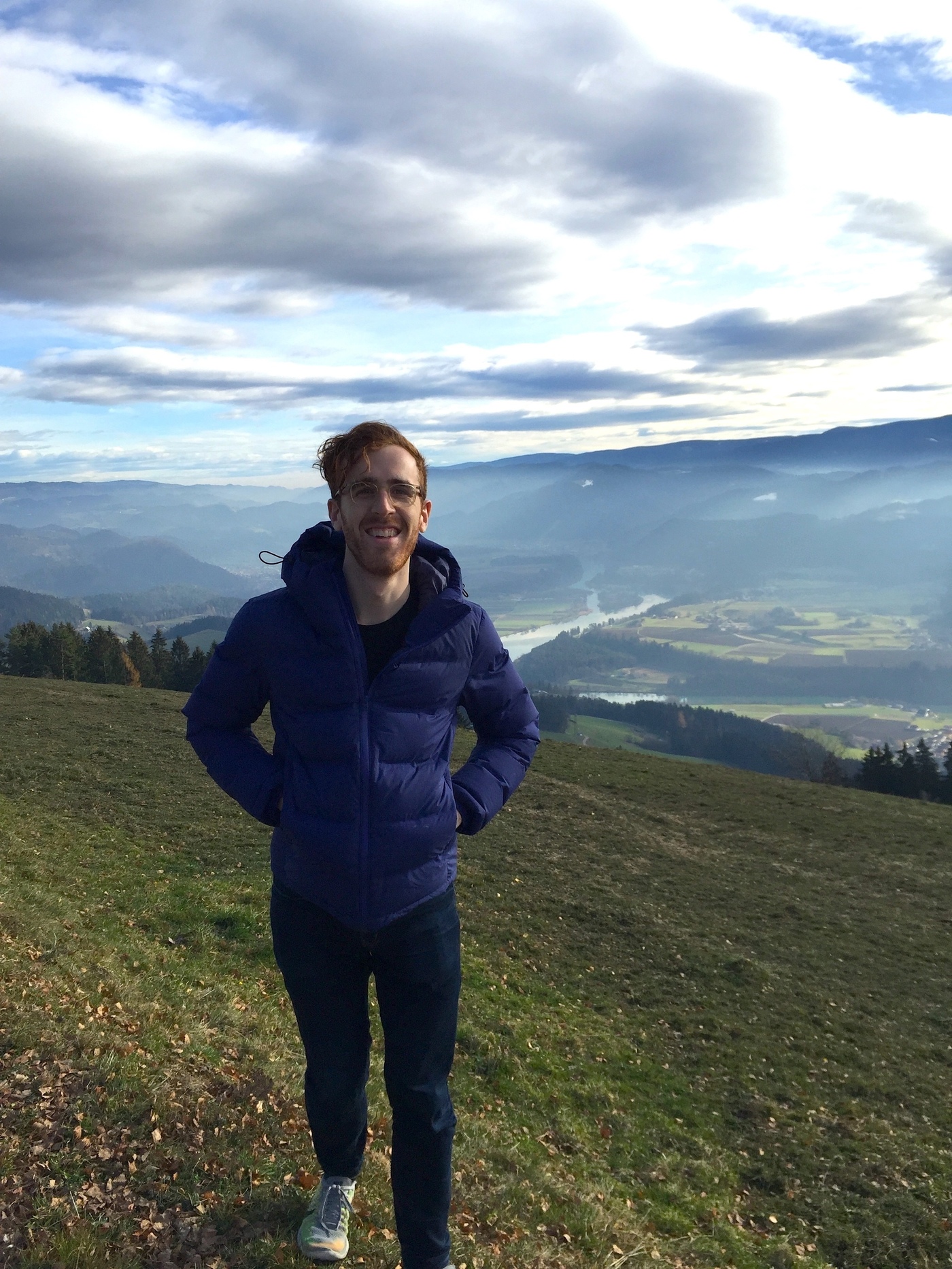 For two years, Hawkins let his app guide him around the globe, including a stop in Gortina, Slovenia.

"If I went out myself and said, like, 'I want to see the world!' I have an idea of what I need to see to do that," Max says. "But when I'm turning that over to a random algorithm, it has its own different idea. You're taking on the computer's view of the world, and because that's not human, it's likely to be completely different from your own."

One year, Max decided to use the Facebook-event generator app to choose where he would celebrate Christmas. It came up with a party at someone's home in Fresno, Calif.

With a pie and a friend, Max drove for three hours and showed up on the doorstep of a retired psychologist, Karena Beasley. Karena was celebrating with a handful of friends and family — and now, also two 20-something strangers.

"She was completely not fazed," Max says, describing the moment they met Karena. "She didn't miss a beat. She said, 'Oh, wonderful! We love Facebook, I'm so glad you're at the party. Welcome.' And it was like instantly we were friends."

Max says he and his friend stayed at the party for five or six hours. In a video from the night, the group sings carols to guitar and Max looks as if he is right where he belongs.

Max lived a randomized life for the better part of two years. In fact, he went global. He created an app that chose the places he would live, travel and eat. When he traveled, he continued using the Facebook events app to find random activities.

Would the old Max have chosen to attend a socialists' rally in Berlin? Or a meetup for bloggers of central Iowa? Max's randomized travels sent him to Vietnam, Germany, India, United Arab Emirates, Slovenia. He met people whom he would have never encountered inside his own perfect prerandomization bubble.

Max's app accounts for the costs of the globe-trotting style. "It knows about my budget," Max says — he can set price parameters. He freelances as a developer on the side. And, if he needs a break, he just turns the app off. The computer isn't entirely in charge, yet.

In fact, these days, Max has silenced the app. He is taking time off and living in Los Angeles (by choice, not randomization) and finalizing his suite of randomization apps. He hopes to introduce them for public use in the upcoming months. He has also created a Facebook group that encourages people to attend strangers' publicly listed events and offers tips and tricks for doing so. He shares updates on his projects on his website.

Maybe what Max is doing can be called art. And maybe it's a lifestyle that few would want to live. But one thing is for sure: His new bubble is fluid and ever-expanding, capturing new bubbles, other people's bubbles, and changing how he sees the world.

Micaela Rodríguez is the project assistant for Invisibilia. You can follow her @mikayrodr.