Accessibility links
Recovering From Data Loss: A Novelist Forces Himself To Press On After Losing 100 Pages In A Glitch : All Tech Considered Mat Johnson's recent hard-drive failure wasn't the first time he experienced data loss. This time, despite losing more work than ever before, he's less panicked: "I can write new words," he says. 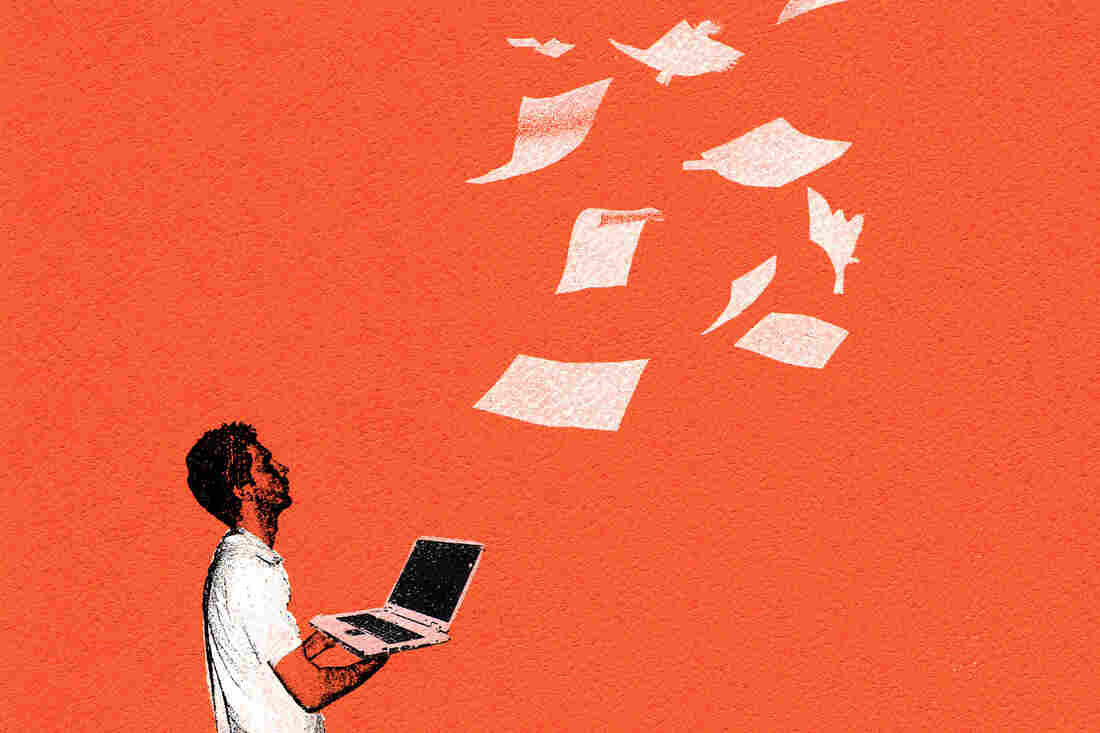 "I lost the first good novel I ever wrote to a computer disaster. It happened at a crucial time in my life, when I was still figuring out if I could even do this thing — become a writer." Katie Edwards/Getty Images/Ikon Images hide caption 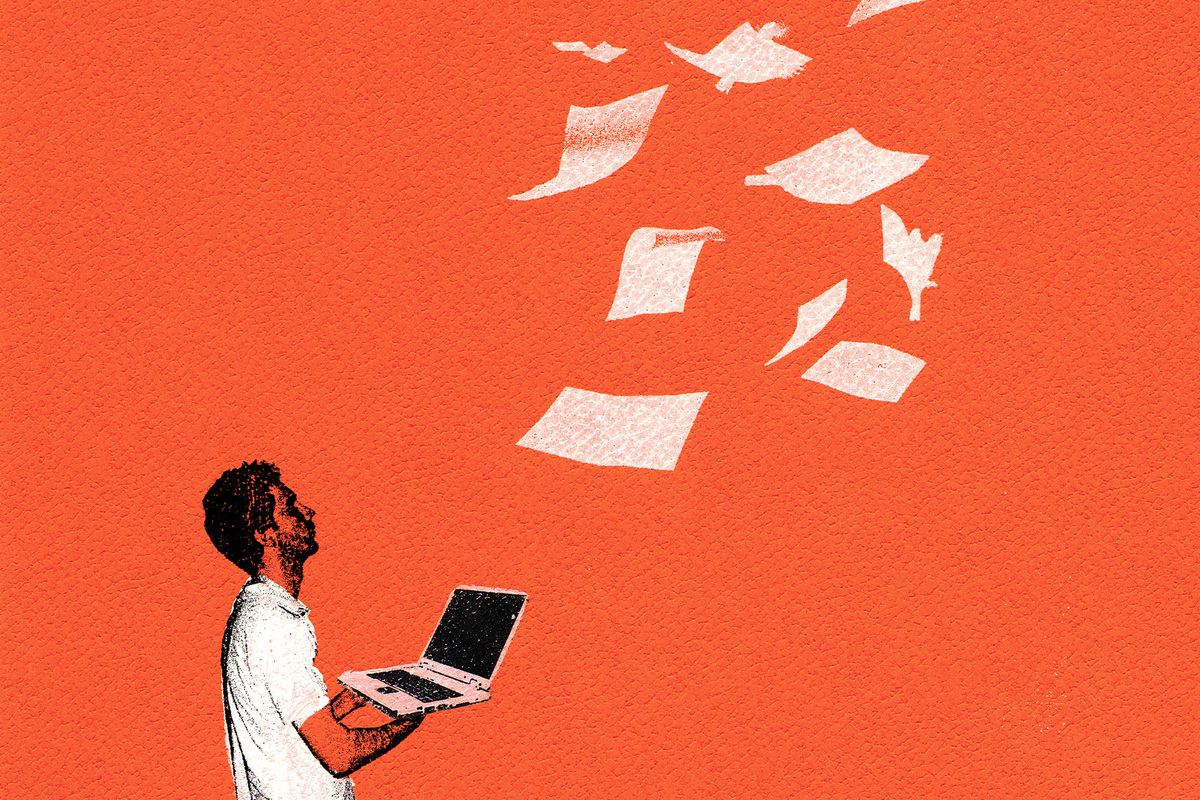 "I lost the first good novel I ever wrote to a computer disaster. It happened at a crucial time in my life, when I was still figuring out if I could even do this thing — become a writer."

I didn't drop my laptop, or download malware from a sketchy pop-up window or spill Diet Coke on my keyboard. It just stopped working. One minute, my computer was fine; the next it was like, New hard drive, who dis?

I tried everything I could; I rebooted in different modes, used external disk repair programs — nothing worked. So I gave in, decided to wipe the drive clean and reinstall all my data.

I went to my online backup service for the first time in a year, opened my account and discovered I had zero megabytes of stored information. See, the company sent so much spam that I labelled them all "junk," vanquished them to a forgotten folder in my inbox and therefore missed their repeated requests for me to update my credit card information. So they turned my account off.

I told her: "I am a novelist. My laptop died 100 pages into my new novel." I could see her flinch.

I took my computer back to the Apple Store. I wasn't even thinking they could fix it; I just wanted the official verdict. While my technician worked on my machine, she made small talk. She asked, "What do you do for a living?" So I told her: "I am a novelist. My laptop died 100 pages into my new novel." I could see her flinch.

She wouldn't look me in the eyes when she asked, "Uh ... did you back up your novel before it crashed?" So I was prepared when she told me that there was nothing she could do to save it, that hiring a company to rescue the data would likely start around $1,000 and it might take a month. She asked, "Do want me to just order you a new hard drive? You're under warranty."

'Never Trust Magic': Tips From An IT Guy

I lost the first good novel I ever wrote to a computer disaster. It happened at a crucial time in my life. I was working nights, living in a mouse-infested tenement in Giuliani-era Harlem and still figuring out if I could even do this thing — become a writer for real. I'd backed up the file, but neurotically I'd saved it so many times, in so many formats and on so many computers — at my temp jobs, at home, at school — that the file itself became hopelessly corrupted.

Petrified is too static a word to describe the panic losing my novel sent me spiraling into. I thought my world would end if I lost that book, that it'd be like losing a life, the life I aspired to. I'd already spent years and written two unpublished novels to get to the point where I could create that book. That manuscript wasn't just a novel to me; it was the key to an entirely new reality, to my future.

A panicking mess, I called my girlfriend at the time. She said, "Don't worry: I got this."

And she did! Getting a friend of a friend to retrieve the file for me (for free), encouraging me as I rearranged the chaotic patchwork of paragraphs pulled off my broken hard drive and put them back into the shape of a novel once more. Into a better novel, I think, as it forced me to reevaluate the value of every sentence before plugging it back into the whole. 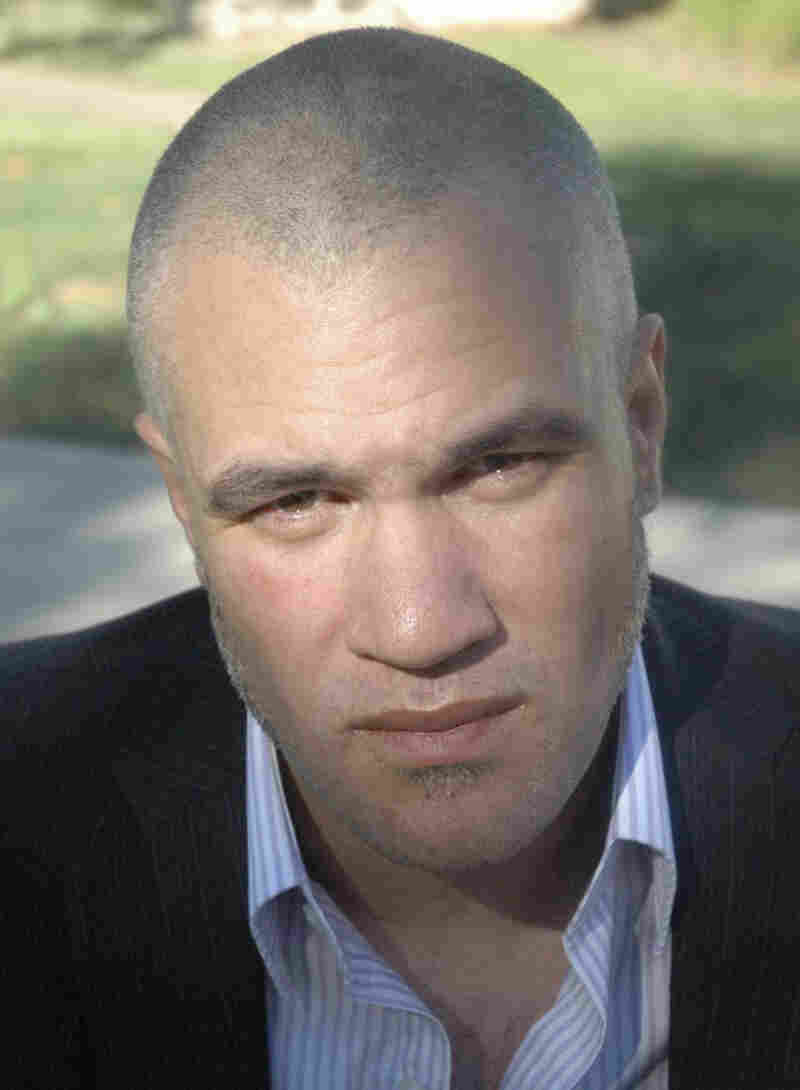 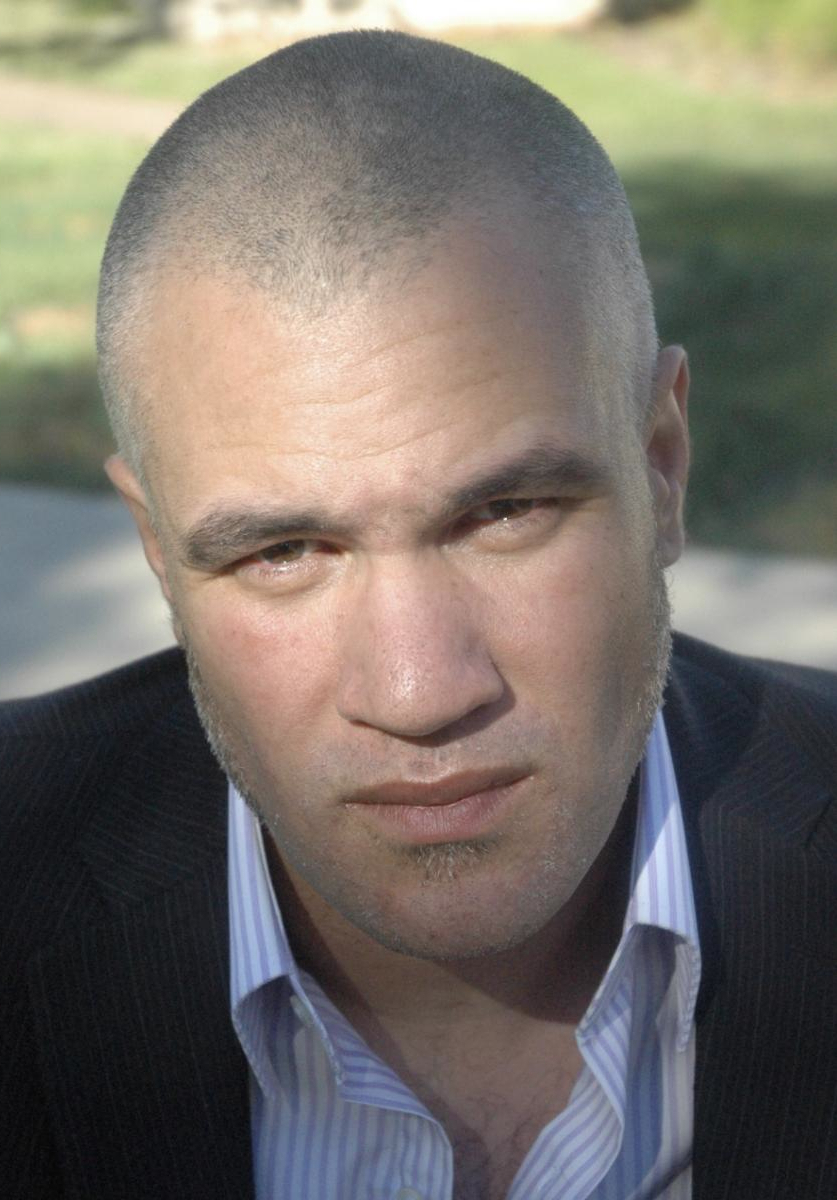 When our first child came, I was working on my second novel. I was also adjunct teaching in three different states, at three different schools, for meager wages. My wife was working as a nanny to other people's kids, all the while with our own baby on her back. We were broke. I had to finish that book just so we could get paid and make it through the summer.

My dad had this old hunting cabin in upstate Pennsylvania, about three hours from where we lived in Philly, and he offered to let me use it for a week just to finish off the book. So I went up there alone, and I wrote with the discipline and passion and fear that only a broke parent can muster. And by day five, the novel was done. I had written 28 pages to end it, good ones too.

But when I went to email them back home (my way of backing up files then), I tripped over the cord connecting it to the modem and my laptop dropped to the floor. All of my new pages were wiped away.

I couldn't afford to panic. Instead, I typed, staying an extra two days until I got it done. And you know what? The new pages were even better. They were even better than the first draft, because they had to be, or it would have broken my fool heart.

So here I am now, messing up again. This time, despite losing more work than I ever have before, I was surprised to see that I didn't panic like before. It's different now. Because now I have a life. I've been fortunate. I have a family I love, a job I care about teaching writing, an existence that can't be dramatically improved by anything I can type on a page.

A Good IT Person Needs To Be Half Technologist, Half Psychologist

I told the tech at the Apple Store this time, "Just give me a new hard drive. Send it out, send me back a clean slate." There's nothing on there I can't replace. They're just words. I can write new words. Not only will I replace them, I will write them with the hope that they'll be even better this time.