Accessibility links
More Money, More Problems For Amazon : All Tech Considered Amazon's remarkable popularity has made it one of the five most valuable companies in the world. But as the power of the Internet juggernaut expands, it also faces a growing number of detractors. 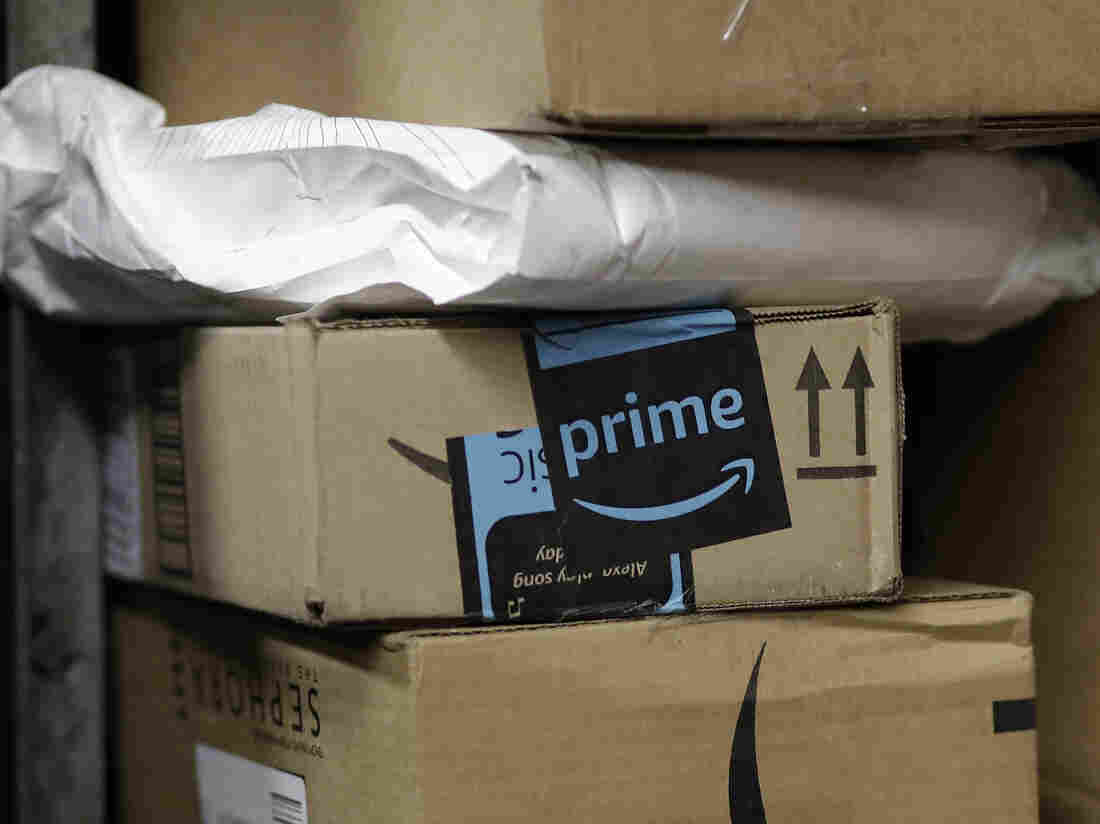 A package from Amazon Prime is loaded for delivery on a UPS truck. One of every two dollars spent online goes to Amazon, but as the e-retailing giant expands, it's drawing more scrutiny from customers and lawmakers. Mark Lennihan/AP hide caption 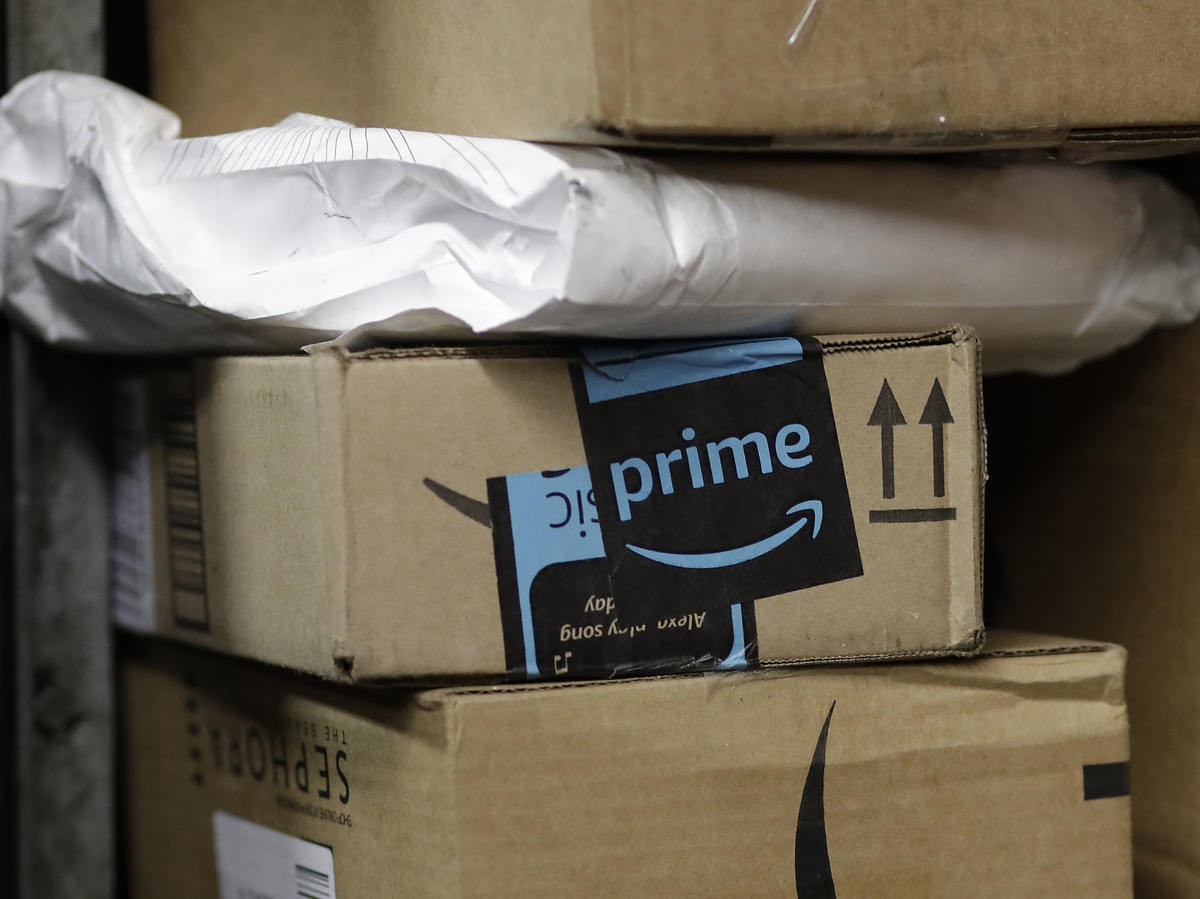 A package from Amazon Prime is loaded for delivery on a UPS truck. One of every two dollars spent online goes to Amazon, but as the e-retailing giant expands, it's drawing more scrutiny from customers and lawmakers.

This week Amazon became the fourth company in the U.S. worth half a trillion dollars. The online retail giant is in the exclusive club with Apple, Microsoft and Google's parent company, Alphabet. Americans clearly love Amazon: one of every two dollars spent online goes to the e-retailing giant. But customers and lawmakers are also spending more time picking on Amazon these days. As the online shopping company branches out, it's rubbing some people the wrong way.

Julie Veltman, of Portland, Oregon, used to be a loyal Amazon customer. In fact, she bought pretty much everything there. "Every tube of toothpaste I needed to buy, videos, books for my kindle, resources for my classroom, every gift I sent through Amazon...you name it, I bought it at Amazon," she says.

But Veltman decided to break up with Amazon and other retailers that carried Trump products after the election. It's part of a larger "Grab Your Wallet" boycott that Shannon Coulter kicked off in opposition to President Trump. So far, Coulter says more than two dozen companies — like Nordstrom — have ended financial ties to the Trump family. But, she says, Amazon hasn't changed a thing. "A few months ago, Grab Your Wallet participants voted Amazon one of the most boycottable companies on the list," Coulter says.

Not just by a minority of progressives. Check out the #BoycottAmazon on Twitter and you'll see a strange mix of Amazon haters. Among them, President Trump. He's sparred with Amazon CEO Jeff Bezos a number of times. Bezos, one of the richest men on the planet, has donated mostly to Democrats and owns the Washington Post.

And we should note here that Amazon is an NPR sponsor.

Trump accuses Bezos of using the newspaper as a tool to curry favor for Amazon. Speaking on Fox News in 2016, he said the following:

"He's using the Washington Post, which is peanuts, he's using that for political purposes to save Amazon in terms of taxes and in terms of antitrust," Trump said.

Antitrust laws are intended to stop big companies from dominating their competitors or fixing prices. It's a term that's popped up since Bezos put in a bid to buy Whole Foods for $14 billion dollars in June.

Democratic Lawmakers such as Sen. Cory Booker have called for scrutiny of Amazon's deal with Whole Foods. Meanwhile, the Federal Trade Commission is looking into allegations that Amazon mislead customers about pricing discounts.

Conservative author Michael Walsh has a different bone to pick with Amazon. He says it's killing mom and pop shops and speeding up the "couch-potatoing" of America. "I've gotten a lot of heat on the Right with my stance on this," Walsh says. "I'm called a luddite, a buggy whip guy (...) Well, I've got a moral issue with putting my neighbors out of business."

Walsh says in small towns across the country, like his in rural Northwest Connecticut, e-retailing has wiped out local businesses. "Do we really want to live in the world where we wait for the postman every single day?" Walsh asks.

A majority of people seem to. Amazon is one of the five most valuable companies in the world. And among the 100 most visible companies in the US Amazon again earned the best reputation. Stacy Mitchell is co-director for a group that promotes strong local economies. It's called the Institute for Local Self Reliance. She says it would be wrong to think of Amazon as just a retailer.

"They want to control the underlying infrastructure of the economy," says Mitchell. "They control about ⅓ of the world's cloud computing capacity. So they own the infrastructure that companies of all kinds, from Netflix to the CIA rely on in order to do business, and they're rapidly moving into shipping and package delivery."

So much growth is bound to come with scrutiny. Amazon wouldn't comment on what effect, if any, boycotters might have on the company's reputation.

Author Michael Walsh knows he's part of a small undercurrent of Amazon critics — but he likes it that the stream cuts across party lines.