Accessibility links
Our Homes May Get Smarter, But Have We Thought It Through? : All Tech Considered As our houses fill with the Internet of things, sensors will tell us whether we left the stove on or that we're out of paper towels. But critics worry these devices won't be secure and will spy on us. 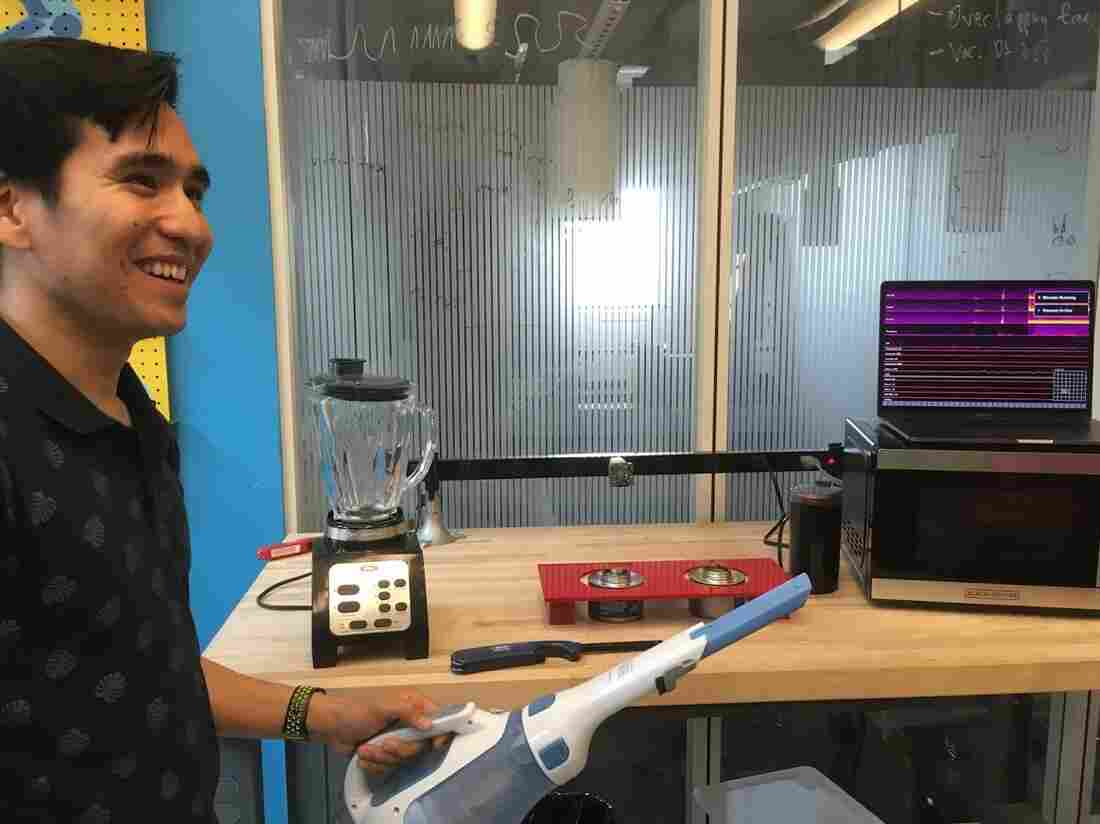 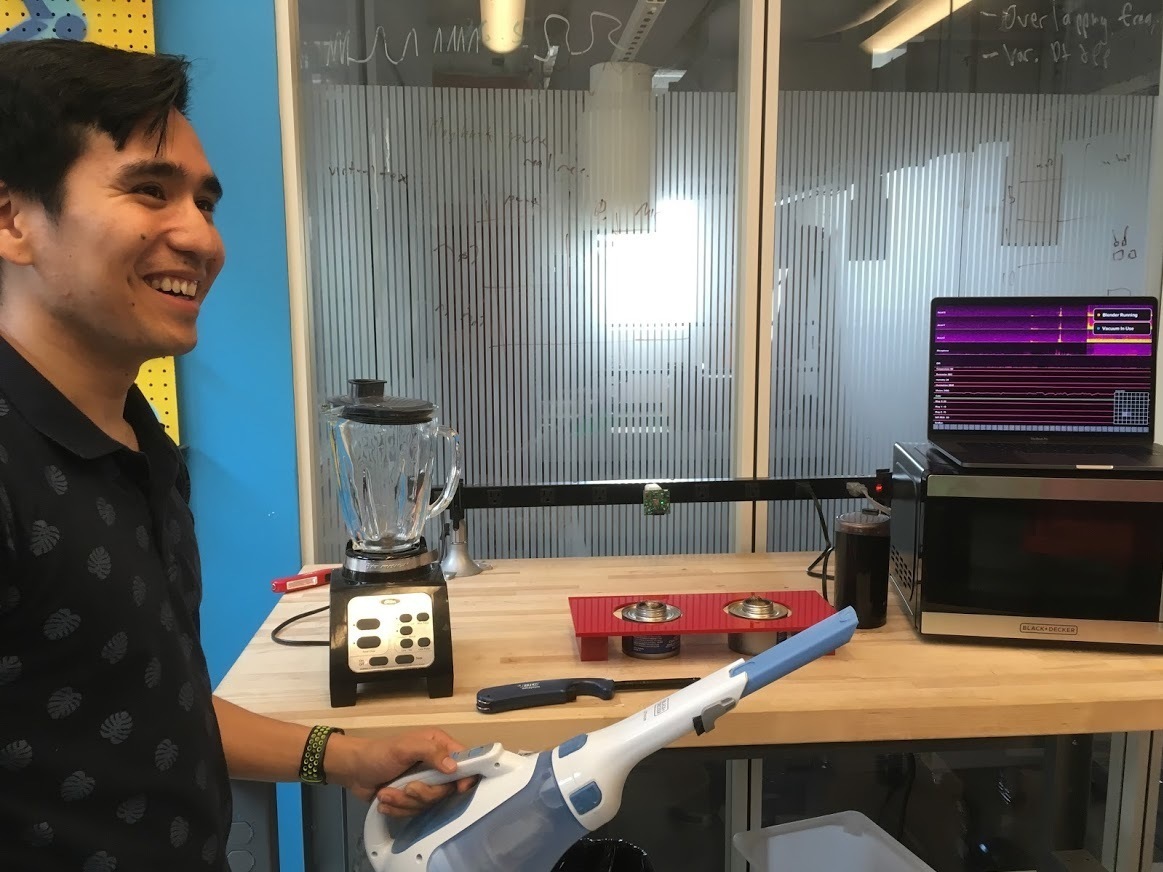 Gierad Laput, a Ph.D. student at Carnegie Mellon University, demonstrates how his team's universal sensor picks up the sound from a hand-held vacuum.

John Essey and family live in a modest, two-story home on a tree-lined street in the suburbs north of Pittsburgh. From the outside, it looks like any other house in the neighborhood. But this house has a brain.

"It knows we're home. Doors unlock, [it] kinda sets the mood for the rest of the house too, turns on lights, sets the thermostat accordingly," Essey says.

Essey is an engineer at Uber and an early adopter of the Internet of things. He can control his lights with his Amazon Echo or an array of touchpad sensors he has installed throughout the home. Sensors tell him when there's water in the basement or a leak under the sink.

While Essey's setup might sound a little like science fiction, it's a prototype of the future. Some critics are worried these devices won't be secure and that companies will use them to spy on us to make money.

Gierad Laput, a Ph.D. student at Carnegie Mellon University, says as the Internet of things becomes more ingrained in our daily lives, there are a couple of ways people are turning ordinary homes into smart homes.

"One way is basically to buy all the appliances, smart oven, smart dishwasher, smart microwave, smart toaster, all these things," Laput says.

But that stuff is really expensive. Smart refrigerators can cost $3,000 or more. And Laput said those devices don't always talk to each other, especially if they're made by different manufacturers.

The Internet Of Things Is Becoming More Difficult To Escape

The other way is to get sensors, and put them on everything you want to monitor.

"But then those get really unwieldy and you've got all these things sticking around and they look ugly and socially obtrusive," Laput says.

So Laput and his team wanted to see if they could build just one sensor that could monitor a whole range of activity in a room. And they did. It doesn't look like much; just a little 2-inch-square circuit board that plugs into the wall. The board senses about a dozen different facets of its environment: vibrations, sounds, light color and so on. The sensor communicates wirelessly with a computer, which interprets everything it picks up.

Laput demonstrated how the sensor works by turning on a blender. Almost immediately, a text box saying "blender running" popped up on a computer screen along with a purple squiggly line representing the blender's vibration.

Laput turned on a light, and the screen said, "light on."

Laput says he imagines both domestic and commercial applications for such a sensor. It could tell you that you left your stove on or that you're almost out of paper towels in the bathroom at the restaurant you own.

But critics say there's a catch.

"Surveillance is now the business model of the Internet. Companies make money spying on you," says Bruce Schneier, an Internet security expert and the chief technology officer at IBM's cybersecurity arm. "When the app says I can detect when you're out of paper towels, they're not doing it for your best interest. They're doing it because they want to sell you paper towels."

Schneier pointed to Roomba, the little automated vacuum from iRobot. The company's CEO said last month that the device could soon start mapping your home, raising concerns that that data could be sold for a profit. The company swiftly clarified that it would collect and share data only if customers consented.

Despite Its Promise, The Internet Of Things Remains Vulnerable

But on top of the issue of surveillance, Schneier says makers of Internet of things devices just aren't prioritizing security.

"We're building a world-size robot without even realizing it," he says.

That robot has eyes and ears that collect data, brains that process it and arms and legs that take action in the real world.

But arms and legs can kick and punch, and more eyes and ears — like Laput's sensor — could make those kicks and punches both more accurate and more devastating.