Accessibility links
On iPhone's 10th Anniversary, Apple Has A Go At A Big Redesign : All Tech Considered Among the devices Apple is expected to launch Tuesday is an iPhone potentially priced at around $1,000. It's expected to include facial recognition and do away with the home button. 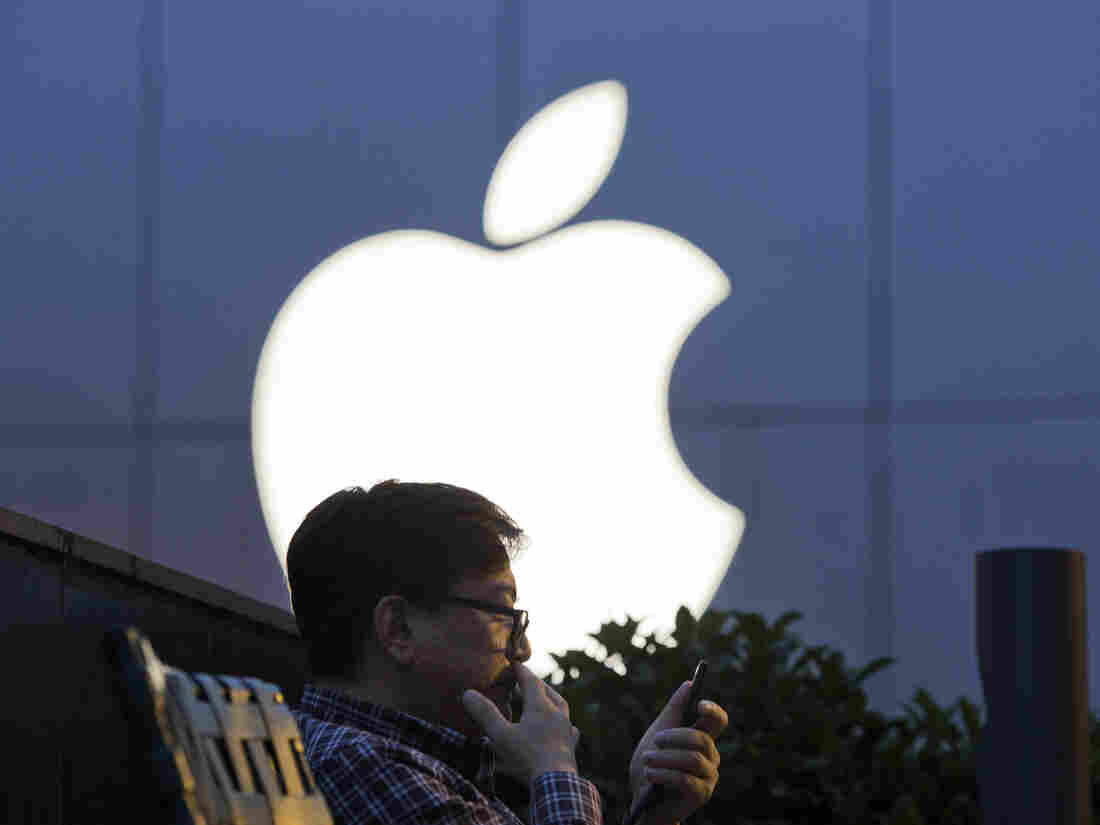 A man uses his mobile phone near an Apple store logo in Beijing. The latest iPhone is expected to include facial recognition as an unlocking feature but do away with the home button. Ng Han Guan/AP hide caption 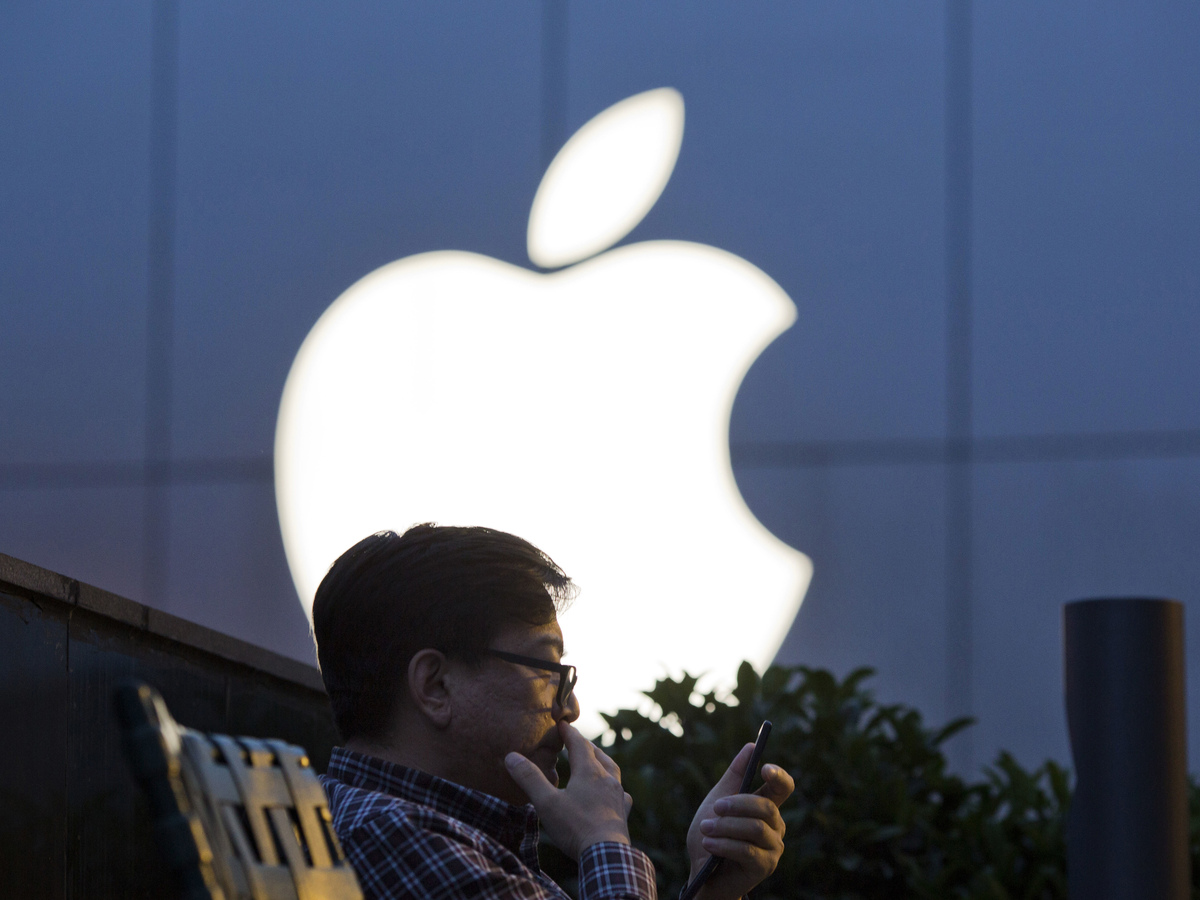 A man uses his mobile phone near an Apple store logo in Beijing. The latest iPhone is expected to include facial recognition as an unlocking feature but do away with the home button.

Back in 2007, the hype around Apple's new phone was all about the keyboard — or lack thereof.

"In fact, some experts think the days of the telephone keypad are numbered," NPR's Laura Sydell wrote in advance of the release of the very first iPhone by Steve Jobs. It's fair to say, the forecast triumph of the on-screen keyboard has proved true (RIP BlackBerry Classic).

This year, the iPhone turns 10. On Tuesday, Apple will unveil the latest iteration — and this time, watchers are raising a similar question about the password: Are the days of the phone passcode numbered?

Apple's anniversary smartphone, expected to be called the iPhone X, is anticipated to include a facial-recognition technology that would unlock the phone by scanning and recognizing the user's face. This is expected to replace the now-it-works-now-it-doesn't Touch ID feature on the latest phones that unlocks the devices by scanning users' fingerprints.

The face-scanning technology would be one of several hyped elements of the iPhone X, slated to be Apple's fanciest handheld yet, potentially priced at $1,000. (This comes on the heels of Samsung's release of the Galaxy Note 8 priced up to $960.)

Its release is an important mile marker for the company. Apple made its name as a design visionary and a bold innovator (think a phone without a headphone jack) and now faces increased pressure to continue to revolutionize the device and make money selling it.

Judging by leaks of the plan, iPhone X is likely to represent the first major redesign of an iPhone in several years. It's expected to expand the screen to the furthest edges of the device and, most notably, do away with the home button.

The home button has marked the bottom of the iPhone screen since the very beginning. Experts say its disappearance will be the biggest change of the iPhone. Instead of having this designated button, the iPhone X is expected to follow suit of Android and other devices that rely on an on-screen bar to switch between apps.

In his rapid-response "Requiem for the iPhone's Home Button," Wired writer David Pierce calls the move a "remarkable statement of confidence" by Apple, which assumes that users are comfortable enough navigating the iPhone to be taught a whole new behavior. And yet, he writes:

"But there's still something distinctly hostile about it, design and features trumping ease of use and peace of mind. Most people still don't know how to use iPhones to their full potential. ... Did you use the four-finger gesture to close apps, or the 3D-touch swipe to switch between them? Of course not. No matter Apple's pithy taglines, iPhones aren't easy or obvious to use— certainly not without a home button."

And Apple might be hedging its bets as well. On Tuesday, Apple CEO Tim Cook is expected to present the overhauled iPhone X alongside two other, more familiar-looking devices, presumably called iPhone 8 and iPhone 8 Plus. These would represent more traditional upgrades on the current 7th generation.

Has Apple Lost Its Innovation Mojo?