Accessibility links
5 Trends At The LA Auto Show That May Change How We Move : All Tech Considered The show features some technology and advances that aren't necessarily sexy but are changing the way we move around. They range from luxury car subscriptions to personal electric vehicles. 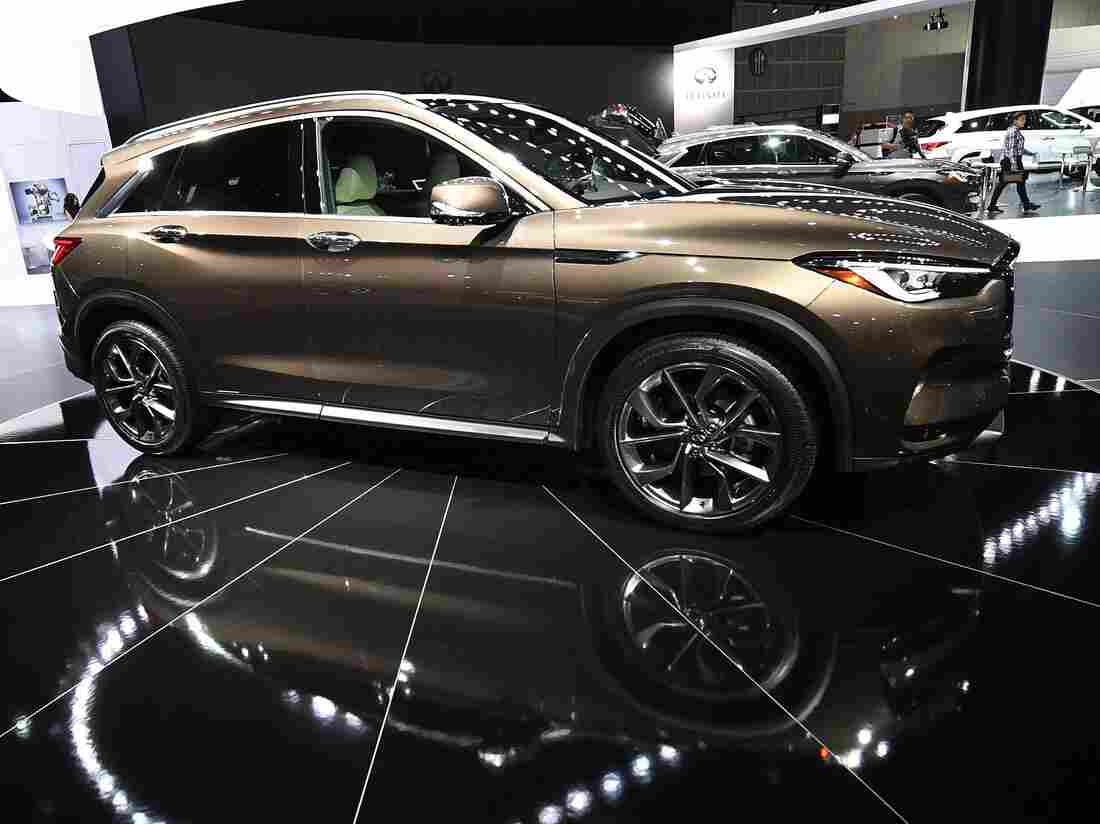 The Infiniti QX50 Crossover is displayed at the 2017 LA Auto Show in Los Angeles. The car features a new engine that shows automakers are still finding ways to improve the gasoline engine, even as electric vehicles are gaining in popularity. Mark Ralston/AFP/Getty Images hide caption 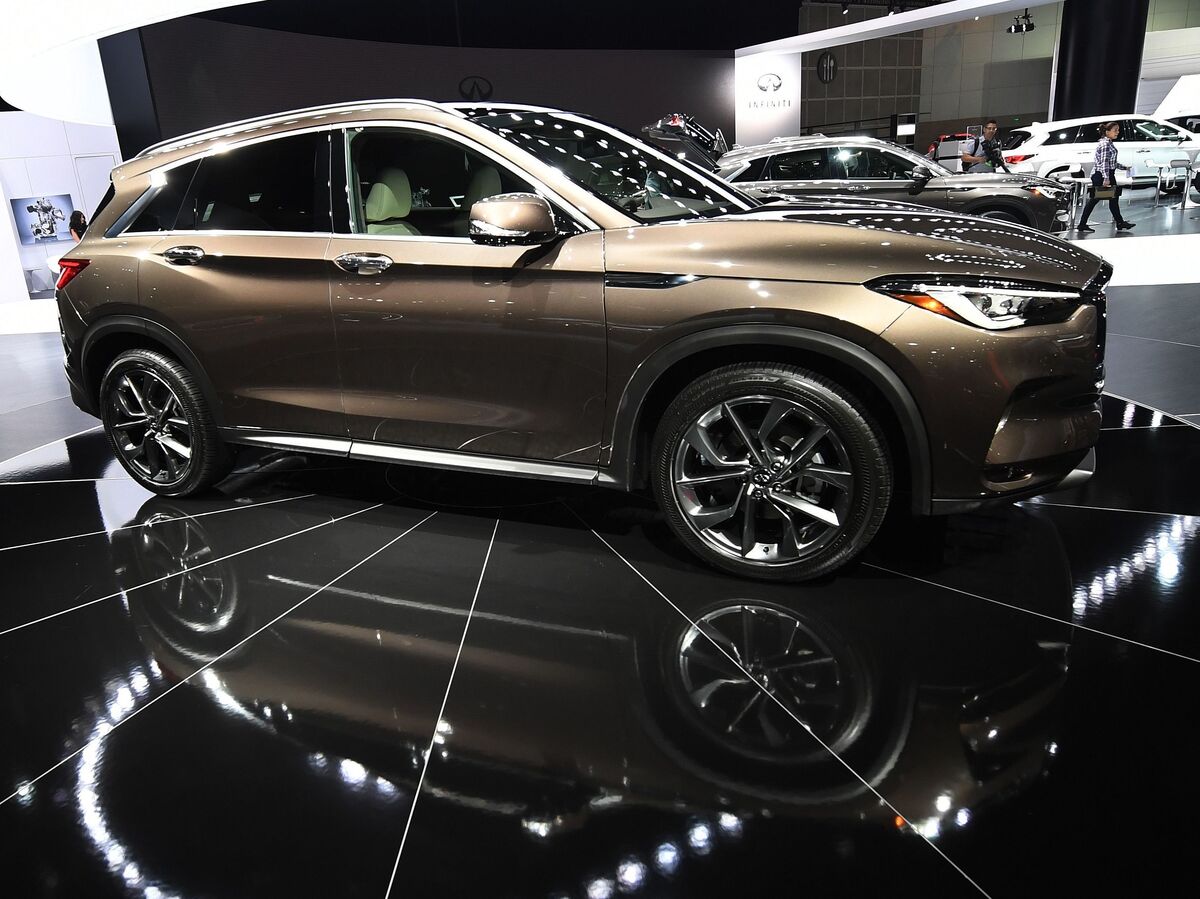 The Infiniti QX50 Crossover is displayed at the 2017 LA Auto Show in Los Angeles. The car features a new engine that shows automakers are still finding ways to improve the gasoline engine, even as electric vehicles are gaining in popularity.

There's more than cars at an auto show.

Auto shows are not only a place for consumers but for vendors, executives, reporters, activists, investors and consumers. They are more like conventions. With 10,000 parts on a car, that means a lot of vendors.

This year's LA Auto Show definitely had its stand out cars. Jeep redesigned the Wrangler. Volkswagen's latest entry in the electric car world seems aimed at Tesla. Porsche's fans were all abuzz about word of plug-in hybrid 911.

All these cars and concepts were cool, but there wasn't some game-changing technology that was introduced to overtly change the world (car CEOs nowadays often ape the tech world bombast). Walk around the show and you'll find some technology and advances that aren't necessarily sexy but are changing the way we move around.

Economists and sociologist have been talking about consumers beginning to prefer access instead of ownership. The newest car subscription services are the industry's long-awaited answer to car sharing services. Book By Cadillac costs about $1,600 a month, including insurance and maintenance, and you can get any Cadillac. Book was introduced in New York this year, and is coming to Los Angeles, with a national launch pending.

Volvo announced its own service for its XC-40 crossover and there's a similar service from the struggling Lincoln brand.

"Lincoln and Volvo's moves to new vehicle subscription services are reflective of a broader shift we've been seeing across the industry as sales decline," says Jessica Caldwell with Edmunds. Automakers "appear to be more open to exploring new business models." It's an attempt to make their brands stand out and keep more customers while also grabbing market share from the competition, she says.

As cool as the slew of hybrid, all-electric and other alternative fuel vehicles are, we still live in the world of the gasoline engine. While the internal combustion engine is the Rodney Dangerfield of the car world ("I get no respect!"), engineers continue extraordinary innovation.

Karl Brauer with Cox Automotive points to the Infiniti QX-50's new variable compression engine as sign of the leaps being made. "It allows you to get more performance when you need it and more fuel savings," he says.

In addition, there's Mazda new compression-ignition engine, which represents a leap forward in fuel efficiency. Brauer says this innovation could keep the internal combustion engine around for a lot longer. "They keep making electric cars and even hybrid cars seem a little better and then that damn internal combustion engine evolves again," he says. The constant innovation of the "boring" ICE is what keeps its lead "in terms of cost versus efficiency," he adds.

As we look toward a world where computers drive cars, maps and map technology become more important. Google Maps, Microsoft and Tom Tom don't just provide maps for your phone but for automakers and various other industries that need them.

One of the smaller companies that's trying to change the mapping space is what3words. It creates addresses that make sense to both computers and humans.

"Think of how frustrating it is when you call an Uber and you spend 10 minutes trying to find each other," says company executive Clare Jones. "Try to find Juarez Street in Mexico City," she jokes. That's because the city has more than 600 streets with that name.

The company has divided the world into a grid, with trillions of 10-foot squares. Each square gets a three-word name. "The computer wants to hear longitude and latitude, and people don't think that way," Jones says. The point of such services is to make it easier for the transition to autonomous cars. 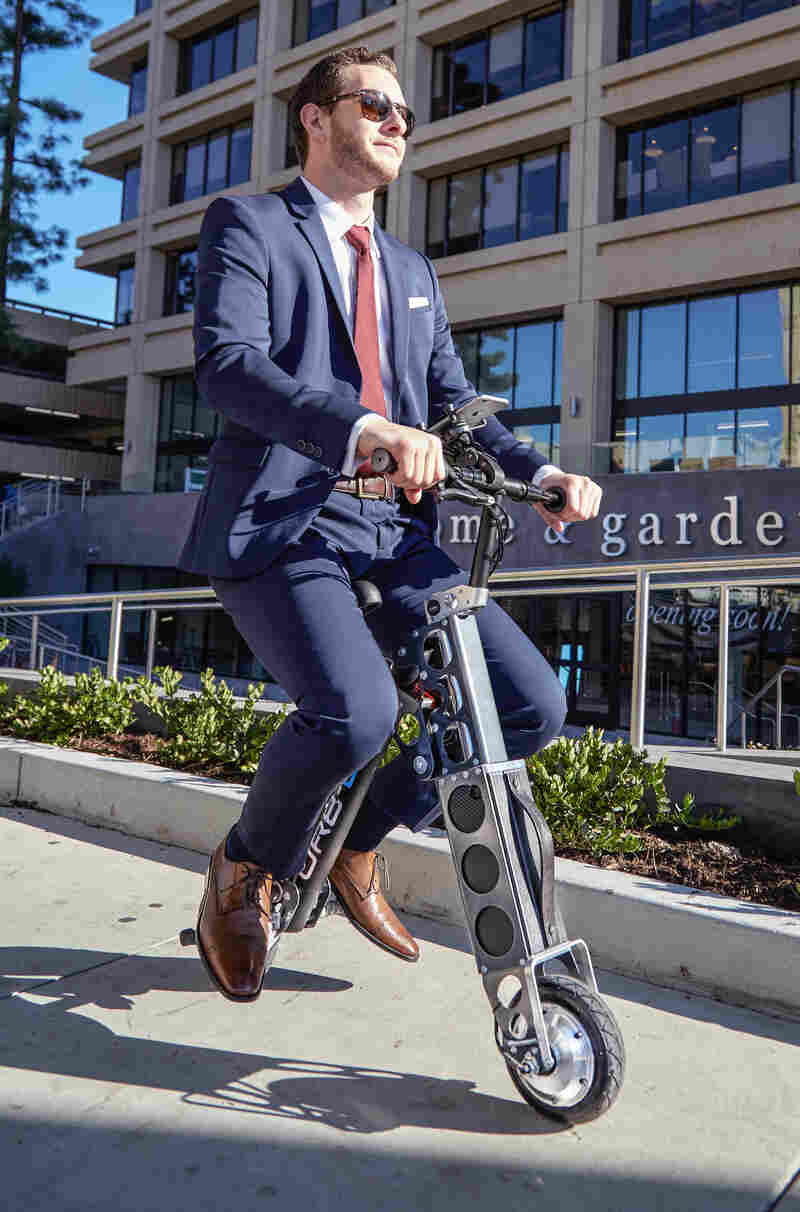 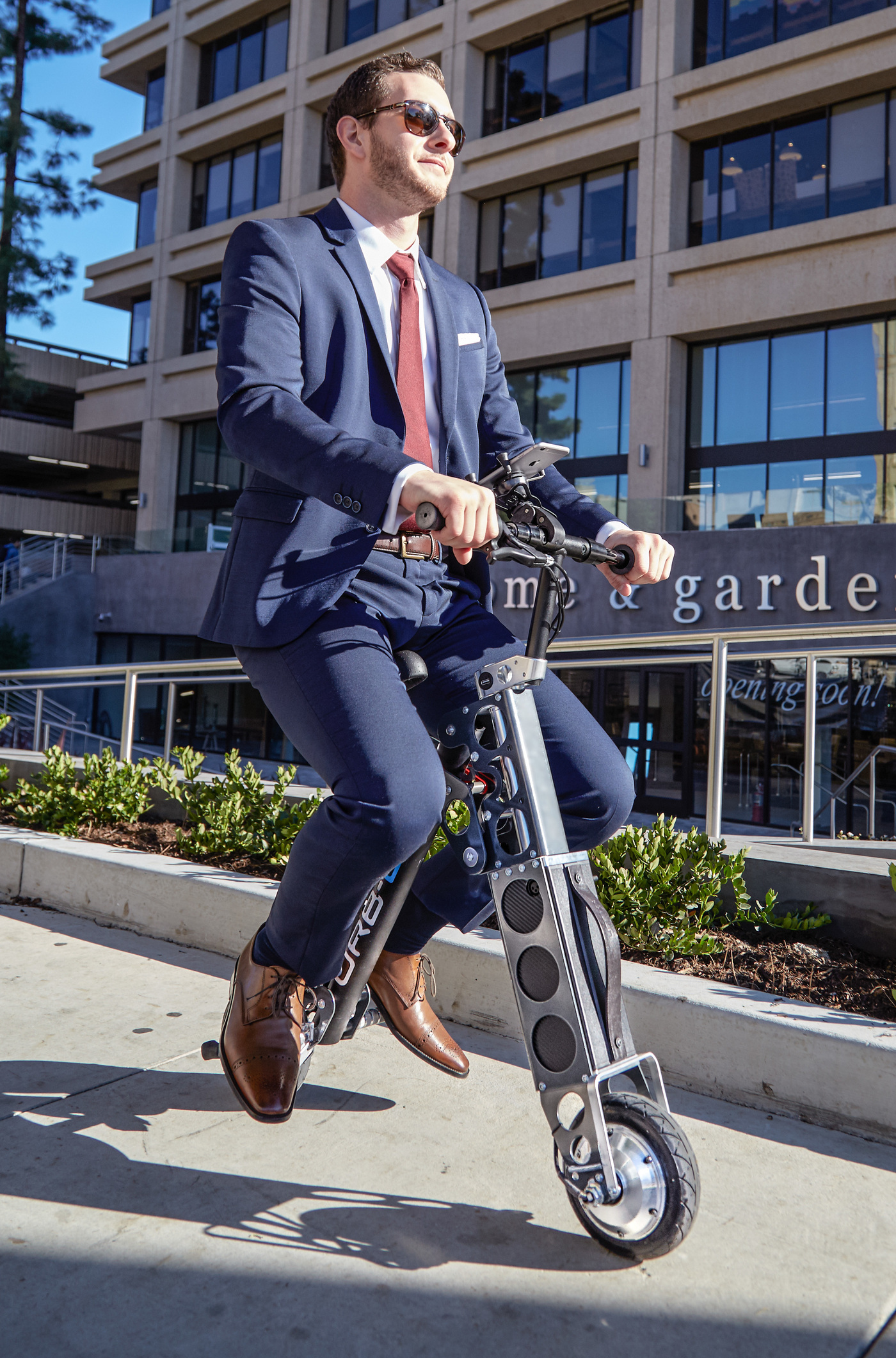 The $899 Urb-E Sport foldable electric vehicle includes a removable battery that can charge up to five devices simultaneously.

As the big car companies' race toward the electric and self-driving future, there's growing competition for the personal transportation world. Think everything from skateboard to three-wheeler. There is intense demand for small personal conveyances. Companies such as Micro Kickboard, Razor USA, Propella Electric Bikes, and the foldable scooter Urb-E were some of the exhibitors.

Current motorcycles and mopeds use gas or diesel and often have lower fuel economy and high soot output which contributes to air pollution and greenhouse gases. These new electric alternatives could aid in cutting pollution in major cities around the globe. These companies are aiming at the what's called "the second commute" — the trip from the train station to the office, for example.

These new vehicles currently appeal to the young, but they could help provide mobility or ease transportation for older and disabled people. The hope of many in this mini-industry is that as cars go autonomous the roads will get safer for smaller vehicles.

Electric Bikes, On A Roll In Europe, Start To Climb In U.S.