Accessibility links
How A Female Engineer Built A Public Case Against A Sexual Harasser In Silicon Valley : All Tech Considered Niniane Wang, an experienced engineer with a startup incubator, says she was harassed by a male investor. She wanted to be certain that when she came forward, she wouldn't be ignored.

Listen · 4:44 4:44
How A Female Engineer Built A Public Case Against A Sexual Harasser In Silicon Valley 4:44 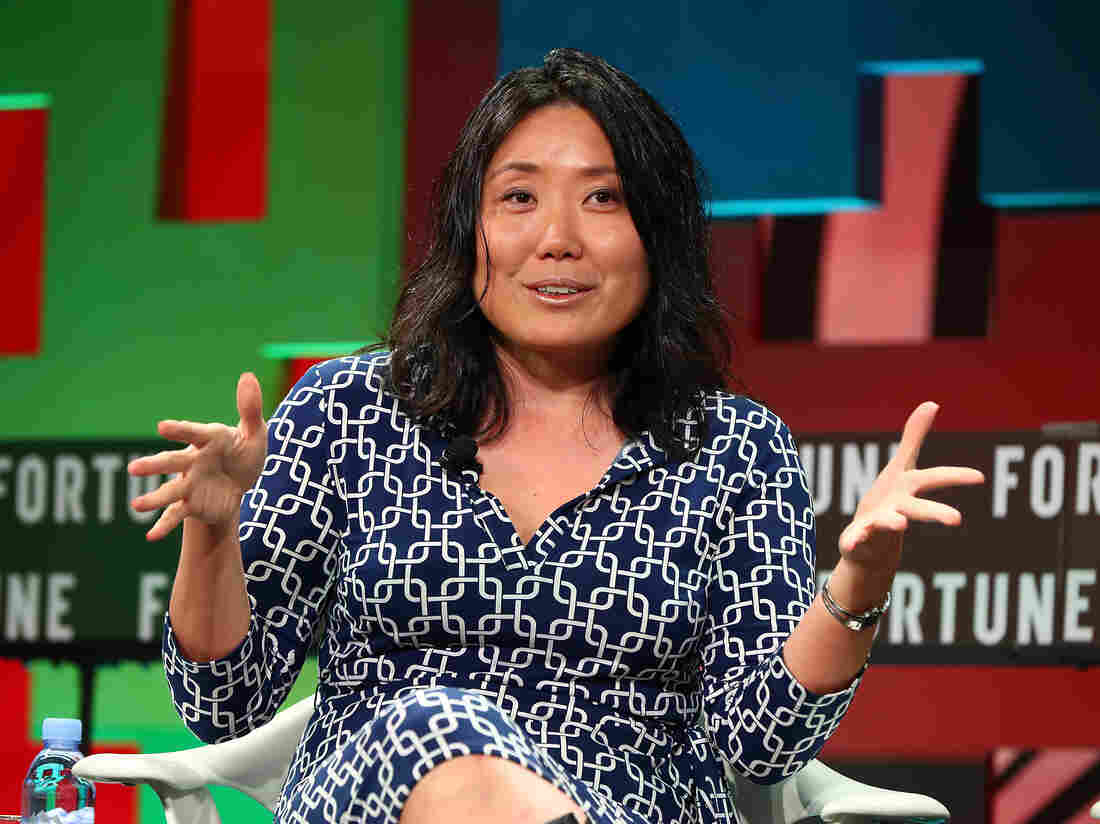 Initially, engineer Niniane Wang didn't want to go public with sex harassment allegations because she worried it would jeopardize her relationships with other investors. Joe Scarnici/Getty Images for Fortune hide caption 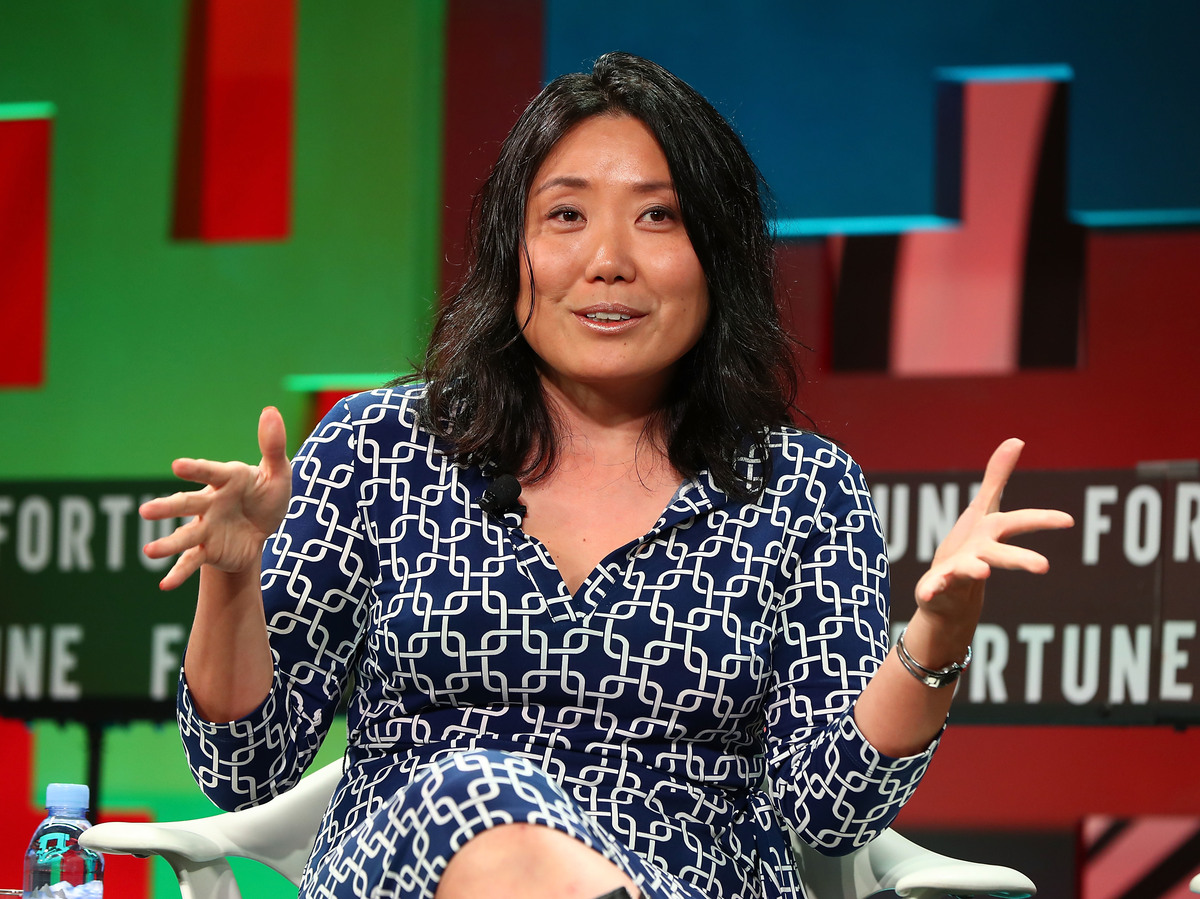 Initially, engineer Niniane Wang didn't want to go public with sex harassment allegations because she worried it would jeopardize her relationships with other investors.

A lot of women have come forward in the past few months with stories of being sexually harassed, and often the perpetrators have lost their jobs. But in other cases, women have shared their experiences and there has been no change.

Silicon Valley engineer Niniane Wang wanted to be certain that when she came forward the man responsible paid a price.

Wang has the kind of pedigree that should equal dollar signs for any investor: a master's in computer science, founder of Google Desktop and lead engineering positions at Microsoft.

But for women in Silicon Valley, all those credentials might not add up to much. Over the past decade, the share of women getting venture funding has hovered around 2 percent. Wang is among the few who did manage to get some of that money.

But she hit a snag one night back in 2010. Justin Caldbeck, an investor in a startup incubator that she ran, asked to meet for a drink to talk about a company.

"When I showed up," Wang says, "he switched the conversation to be questions about my dating life and then started to pressure me for sex."

Wang didn't know what to say. She was afraid to offend an investor.

She politely told Caldbeck she didn't want to mix business with pleasure. But she says Caldbeck continued to pursue her, not just that night but over a period of weeks.

"I felt very trapped," she says.

Finally, she says, Caldbeck stopped. Still, Wang didn't want to go public because she worried it would jeopardize her relationships with other investors.

She had seen too many cases where women told their stories only to be ignored or disbelieved.

"You worked up all this courage to tell your story and the perpetrator doesn't have any consequences," Wang says.

Then, she saw the resignation of Uber's CEO and other executives after the company got caught up in a harassment scandal. Seeing how they were brought down inspired her. With the logic of an engineer, she developed her own method for her situation.

Struggling For Investments, Silicon Valley Women Reluctant To Speak Out On Harassment

First, she set a goal for herself: Stop Caldbeck from harassing other women. Then, she gathered evidence — texts, emails, phone records.

Word got around the whisper network and two other victims of Caldbeck's harassment came forward with her. They thought hard about the best way to talk about what happened to them.

"It's very important if you want results that you actually tell the story in a dispassionate way with evidence that describes the details of what happened without extraneous, irrelevant content," Wang says.

They strategically picked a media outlet: The Information, an online news site read by Silicon Valley elite. They felt it was the best way to show people in the industry what was happening to women.

Then, on a Thursday in June, the article was published. "I felt at the time like I was jumping off a cliff and taking two other women with me," Wang says.

At first, nothing happened. Wang had a network of people on social media, so she made sure they saw the article and reposted it.

"I spent like 12 hours a day in the few days after the article," she says. "People were tweeting. I messaged some of them and gave them the info they were asking for."

Over the course of four days, Caldbeck went from denying the allegations to resigning from his venture capital firm, Binary Capital. He told NPR: "I'm sorry to any women that I've ever put in a bad position or made uncomfortable through my actions."

Wang's clearheaded engineering strategy had worked. In fact, it had worked so well that it actually impressed some investors.

One of them was Mike Hirshland. He says he knew Wang a little, and he was always impressed with her. So when he saw the story, he sent her a note. "In a time that she probably felt like she was in the middle of a tempest," he says, "I just wanted to share with her that I was a big fan and hoped someday to back her."

Other good things happened for Wang. Her current startup was purchased by Niantic, a Google spinoff, and her boyfriend proposed to her. Her success sparked more women to come forward, and some of them came to her for advice.

One of them was Kater Gordon. "When I saw Niniane come forward this summer I reached out to her," she says. "I just thought, 'Man, you're so brave.' "

Gordon told Niniane her story. It involved a powerful Hollywood figure — Matthew Weiner — the creator of the hit series Mad Men. When she was 27, Gordon was his writing assistant; she won an Emmy for her work. Gordon says she often worked long hours late into the night alone with Weiner.

Then one night, she says, things took a different turn. "We were working together, and he told me that that I owed it to him to let him see me naked," she says.

Gordon ignored the comment, but she says it made her question whether Weiner really thought she was talented. It changed their relationship. He began to yell at her during work hours. Eventually, she left the show and gave up her career in Hollywood.

Now, eight years later, she wanted Wang's help to tell her story. Wang sat her down and walked through how she had done it.

Wang told Gordon she needed a goal. For Gordon, it was about restoring her reputation as a writer and warning other women about Weiner.

Then, just as she had done, Wang told Gordon to develop a sort of chart with ways to achieve her goal. That involved finding other people to verify her account of what happened and telling her story in a way that was dispassionate and clear. Then, finding the best publication for her target audience. And if needed, Gordon should think of social media contacts that could help.

"She found a pattern for herself that worked," says Gordon, "and then she's expanding it to include other people, so that ... you're not starting from square one."

Gordon's account did go public. Weiner denies her allegations. But Gordon feels she achieved her goal of warning other women about him. And now she plans to pass this method on to others.

An earlier version of this story incorrectly said Niniane Wang's startup was purchased by Google. It was bought by Niantic, a Google spinoff.