Accessibility links
What To Do If Spyware Comes Up In Your Relationship : All Tech Considered These days, couples may have intertwined digital lives. That can open the door to spying, through specialized apps and GPS tracking. Divorce lawyers offer tips on how to deal with it. 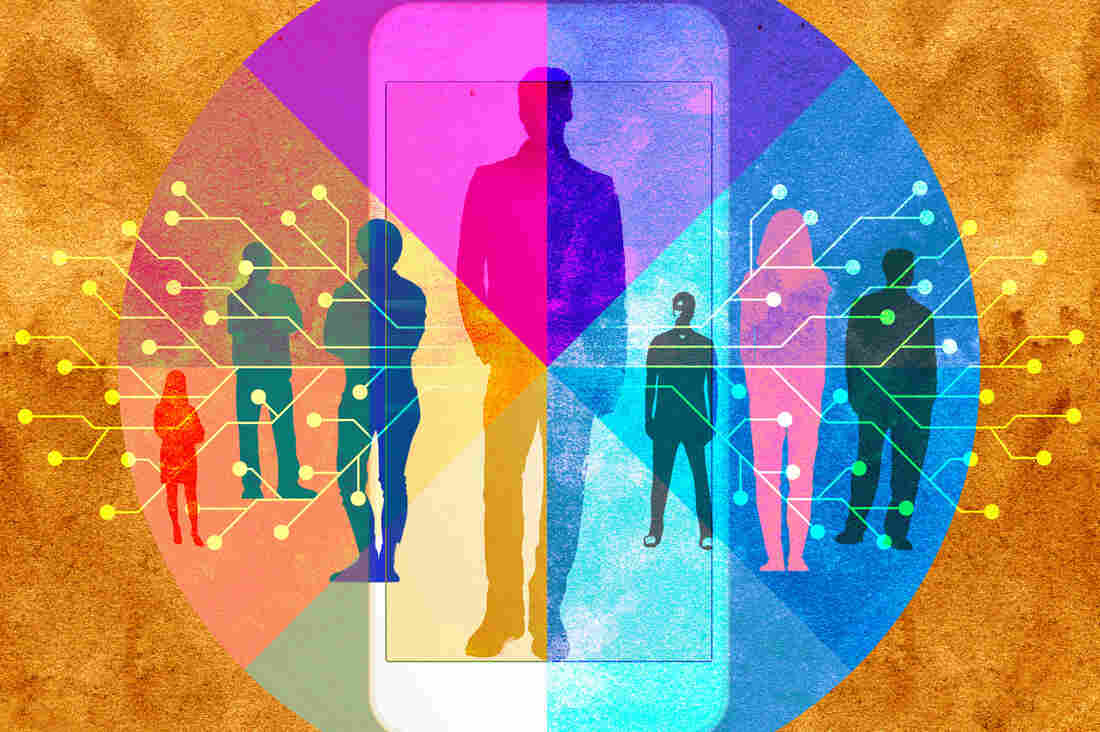 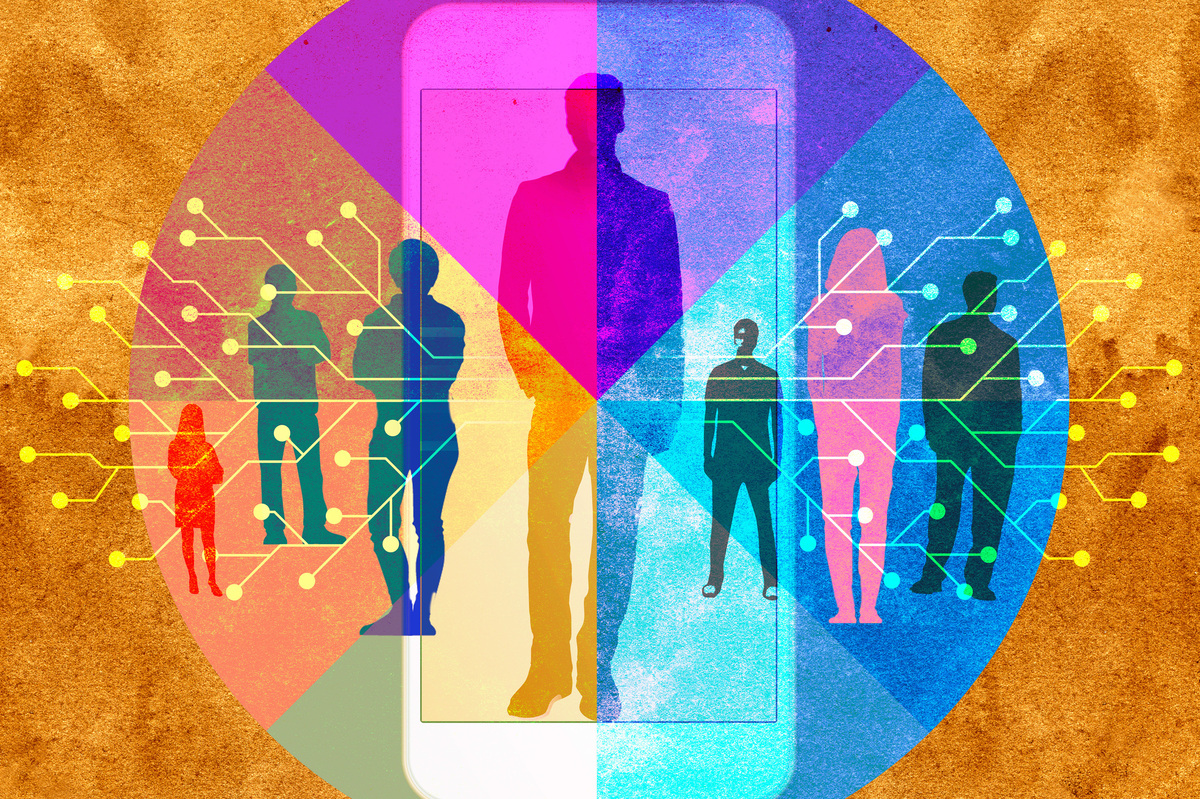 Couples now have intertwined digital lives, and so marital problems can lead to spying through specialized apps, keyboard loggers and GPS tracking technology.

These days, couples don't just share banks accounts and cars. They may also have intertwined digital lives. That can open the door to spying, through specialized apps, keyboard loggers and GPS tracking technology.

"It's difficult to go from married and trusting each other to 'You are the devil,' " divorce lawyer Sophya Raza says. "Always keep your privacy at some basic level, especially if you are having marital issues."

We asked divorce lawyers what they tell clients when spyware comes up. Here's what they told us.

I have a shared email account with my ex, but now I'm worried. What should I do?

Email accounts are like toothbrushes. It's best to have your own.

Resources for victims of stalking and domestic abuse

A shared email is a "recipe for disaster," family law attorney Kevin Massaro says. His advice is simple: Get a new account. It's important to change not only your account passwords, but to adjust your security questions as well — even consider making up false answers that only you know. So, if your first pet's name was Max, and your ex knows that, consider making up another name.

You should also add passwords to your devices, and be sure not to leave accounts logged in. If you leave a message wide open on your desktop or unlocked phone, a spouse could say they saw it "by accident" and not face any penalty.

Having secure accounts is particularly important when corresponding with a lawyer. Henry Gornbein, a lawyer in Michigan, has worked on cases where it became apparent that the other party's attorney knew more information than they should have.

In contentious divorces, Raza tells clients to create a new email account just for talking to her. Some divorce lawyers have gone as far as telling clients to leave their phones outside the office or with the receptionist to ensure privacy — in case the devices have had spyware installed.

Can I install spyware if I believe my spouse is cheating on me?

Spyware may be easy to get your hands on. But installing it on a spouse's phone secretly is illegal, many experts say.

When going through a divorce where cheating may be at play, Massaro says couples often work themselves into a frenzy trying to prove a spouse's affair. In reality, while it may factor into the splitting of property, it's often irrelevant to the result of a case since most states have no-fault divorce. This means it doesn't matter who may be "to blame." And most divorce cases end with settlements and not trials.

Charles Abut, a divorce lawyer in New Jersey, says he has had numerous clients approach him with an interest in using spyware. Because it could violate federal and state laws and may constitute stalking, he says he takes an "an extremely conservative and cautious approach." If you try to use spyware, you may go from trying to prove your partner is an adulterer, to having to prove you're not a criminal.

It's dangerous for lawyers to accept illegally collected evidence, as they too could face civil or even criminal charges. Massachusetts lawyer Katherine McCarthy says the risks far outweigh any potential benefits. Even if there is not a specific law prohibiting a type of spying, she says to steer clear. "The law lags behind technology," McCarthy says. "Some things are clearly out of bounds and some things are gray, but you don't want to be submitting things to court that are in that gray area."

It's also important to consider that spyware companies and keyboard loggers in particular are storing data on a server somewhere. That means if you're watching a partner log into a joint bank account, that login information could later be stolen by hackers.

What digital tools am I allowed to use to help my case?

While evidence collected with spyware is likely inadmissible in court, depending on your location you may be able to record a conversation if you are a participant. The 38 states where this is the case have what's called "one-party" consent. In 11 states though, all participants in a call need to consent for a recording.

Before you do anything though, talk to a lawyer familiar with divorce, the digital world and the specific laws of your state. "I think most people take matters into their own hands first because their emotions are out of control," Raza says. "It is easier to go through an attorney first and go about it the right way."

If you hire a private investigator, be sure they are committed to following the laws as well. Otherwise you could be liable for their actions. Abut takes particular caution on this front and has clients obtain statements from investigators saying they agree not to break the law.

Another note of caution: It may be legal for parents to install spyware on their kids' phones, but that can also provide an avenue for spouses to track one another. It's another gray area and one best to avoid.

I think my spouse has installed spyware on my phone or computer. What's next?

One way you can test it is by having a fake but enticing email sent to you — for example, "I have hidden money in this bank" — and see if your ex-partner takes the bait. That will give you a clue.

If you are computer savvy, you can find online guides that explain how to search for spyware, but lawyers suggest turning your device over to a forensics expert who knows what to look for. This can cost from a few hundred to thousands of dollars.

To be safe, it's a good idea to get a new phone or computer, particularly if your case involves domestic violence.

How do I deal with the emotional impact of spyware being used in my divorce?

Raza, who practices law in Missouri, has been through a contentious divorce herself. She reminds clients that lawyers are not the only outlets for help in the process.

"I think it is important to recognize that your attorney is not qualified as a therapist and is probably more expensive than a therapist," says Raza, who recommends getting psychological support as well.