Accessibility links
The Father Of The Internet Sees His Invention Reflected Back Through A 'Black Mirror' : All Tech Considered The titans of Silicon Valley have a grand vision of the future. But they have a tendency to miss the downside of their inventions — think cybercrime and online harassment. 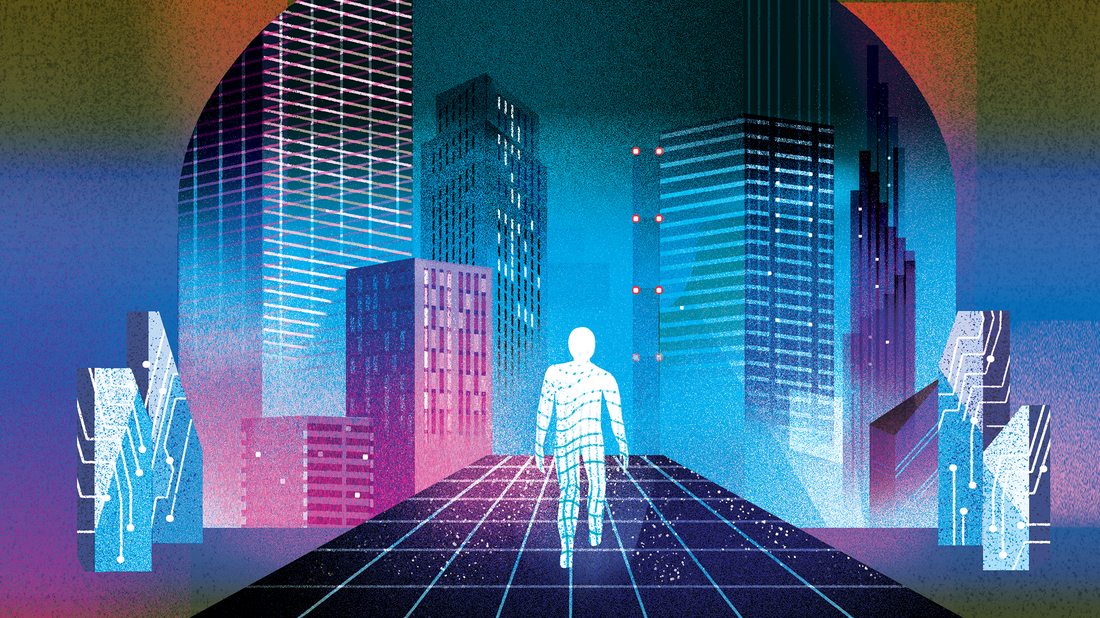 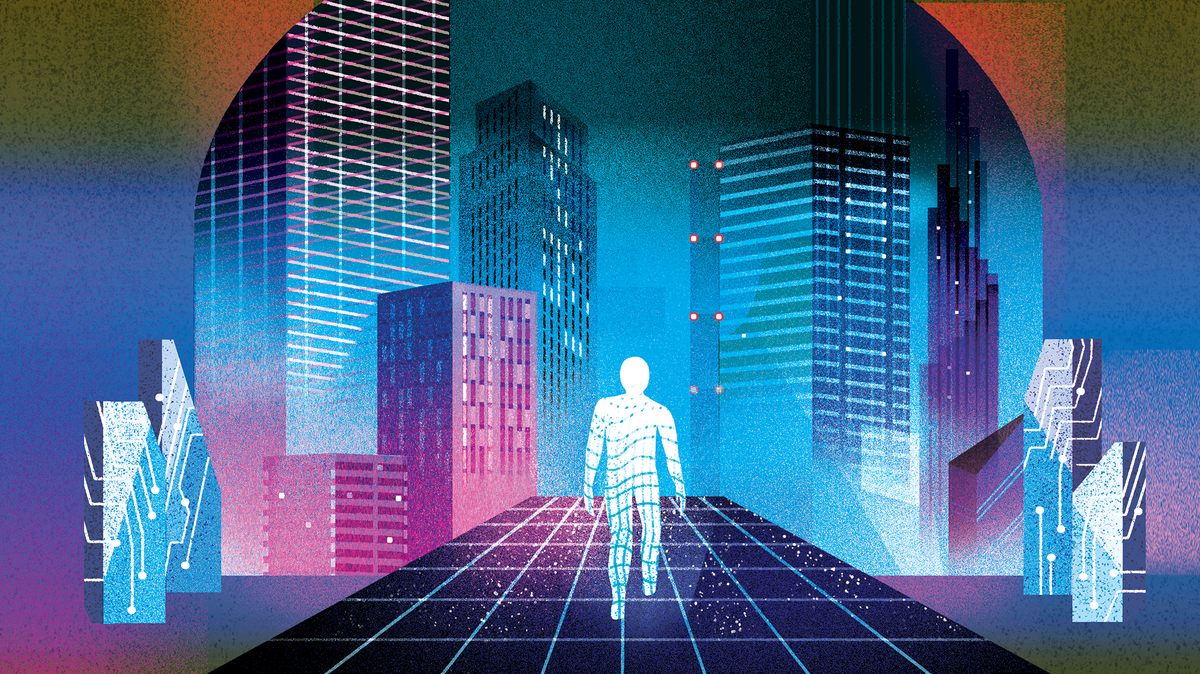 In 1984, two men were thinking a lot about the Internet. One of them invented it. The other is an artist who would see its impact on society with uncanny prescience.

First is the man often called "the father of the Internet," Vint Cerf. Between the early 1970s and early '80s, he led a team of scientists supported by research from the Defense Department.

Initially, Cerf was trying to create an Internet through which scientists and academics from all over the world could share data and research.

Then, one day in 1988, Cerf says he went to a conference for commercial vendors where they were selling products for the Internet.

"I just stood there thinking, 'My God! Somebody thinks they're going to make money out of the Internet.' " Cerf was surprised and happy. "I was a big proponent of that. My friends in the community thought I was nuts. 'Why would you let the unwashed masses get access to the Internet?' And I said, 'Because I want everybody to take advantage of its capability.' "

Clearly, Cerf is an optimist. That is what allowed him to dream big. But, in retrospect, some of the decisions his team made seem hopelessly naive, especially for a bunch of geniuses.

They made it possible to surf the Internet anonymously — unlike a telephone, you don't have a unique number that announces who you are. We know how that turned out. People with less lofty ambitions than Cerf used that loophole for cybercrime, international espionage and online harassment. 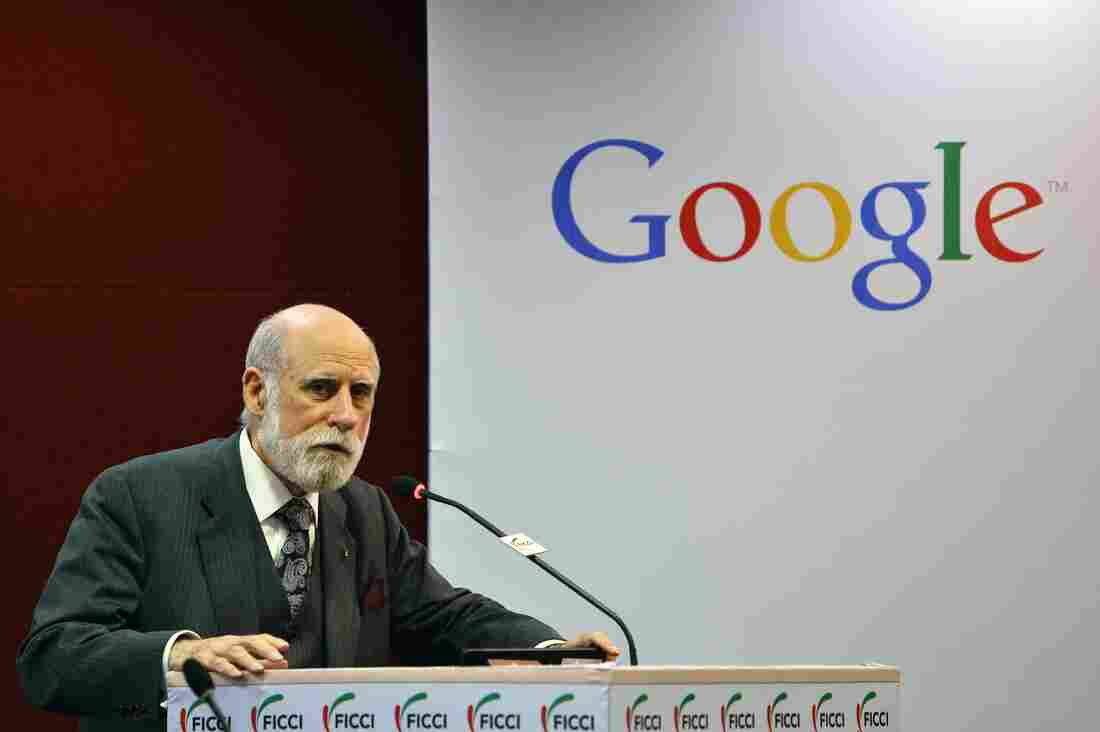 Vint Cerf, now a Google vice president, is often called the "father of the Internet." He admits that when he and his team created the Internet, he never imagined how it would turn out. Chandan Khanna/AFP/Getty Images hide caption

Cerf admits all that dark stuff never crossed his mind. "And we have to cope with that — I mean, welcome to the real world," he says.

And in a way, why would Cerf have imagined all this? He was a scientist deeply engaged in solving a great technical problem.

While Cerf and his colleagues were busy inventing, the young aspiring science fiction writer William Gibson was looking for a place to set his first novel. Gibson was living in Seattle, and he had friends who worked in the budding tech industry. They told him about computers and the Internet, "and I was sitting with a yellow legal pad trying to come up with trippy names for a new arena in which science fiction could be staged."

The name Gibson came up with: cyberspace. And for a guy who had never seen it, he did a great job describing it in that 1984 book, Neuromancer: "A graphic representation of data abstracted from the banks of every computer in the human system. Unthinkable complexity. Lines of light ranged in the nonspace of the mind, clusters and constellations of data. Like city lights, receding."

Somehow Gibson was able to imagine the potential scale of it — all those computers connected together.

William Gibson: "There Will Never Be Enough Bandwidth"

But, it isn't just the Internet that Gibson saw coming. In Neuromancer, the Internet has become dominated by huge multinational corporations fighting off hackers. The main character is a washed-up criminal hacker who goes to work for an ex-military officer to regain his glory. And get this: The ex-military guy is deeply involved in cyber-espionage between the U.S. and Russia.

Gibson says he didn't need to try a computer or see the Internet to imagine this future. "The first people to embrace a technology are the first to lose the ability to see it objectively," he says.

He says he's more interested in how people behave around new technologies. He likes to tell a story about how TV changed New York City neighborhoods in the 1940s.

"Fewer people sat out on the stoops at night and talked to their neighbors, and it was because everyone was inside watching television," he says. "No one really noticed it at the time as a kind of epochal event, which I think it was."

William Gibson: "I Didn't Know That People's Mothers Would Be On It"

After years of covering Silicon Valley and speaking with brilliant inventors, I found Gibson's point a revelation. Our tech entrepreneurs are focused almost exclusively on how their devices will be used by individuals — not how those devices will change society. They want to make things that are addictive and entertaining. That is why I've started to take science fiction more seriously.

Among the sci-fi artists looking at today's latest technologies is Charlie Brooker, the creator and writer of the Netflix show Black Mirror.

Brooker has a certain amount of frustration with the leaders in tech. "It's felt like tech companies have for years just put this stuff out there," he says. "And they distance themselves from the effects of their product effectively by saying, 'Oh, we're just offering a service.' "

Brooker sees each new technology more like an untested drug waiting to launch us on a very bad trip. Each episode of Black Mirror is like its own laboratory testing a technology that is already out, but pushing it by mixing in common human behaviors and desires.

Charlie Brooker: "We Use Technology In The Way Shows Like The 'Twilight Zone' Would Use The Supernatural"

In one episode, everyone ranks one another on how well they interact socially in real time. It's like Yelp on steroids. The result is a nightmare society — every smile is forced; it's impossible to be honest with anyone.

In another episode, a grieving women hires a service that scans social media and other accounts of her deceased lover. It uses the information to bring him back as a humanoid robot. He speaks and responds almost exactly like the man she lost. And in case you're wondering: Such technology is already in the works.

Brooker says he does admire inventors. He knows he could never be one.

"I could scarcely have invented the shoe," Brooker says. "I'd be worrying that that would restrict your feet."

There is a kind of optimism that it takes to be an inventor. But the father of the Internet thinks inventors need the artists.

"It's the mind-stretching practice of trying to think what the implications of technology will be that makes me enjoy science fiction," Cerf says. "It teaches me that when you're inventing something you should try to think about what the consequences might be."

The artists are the ones who recognize a fundamental truth: Human nature hasn't changed much since Shakespeare's time, no matter what fancy new tools you give us.