Accessibility links
In The Future Movie Stars May Be Performing Even After They're Dead : All Tech Considered Technology is making many jobs obsolete. But even acting? The technology in the Academy Award-winning Blade Runner 2049 gives a glimpse of a future where digital actors will compete against live ones. 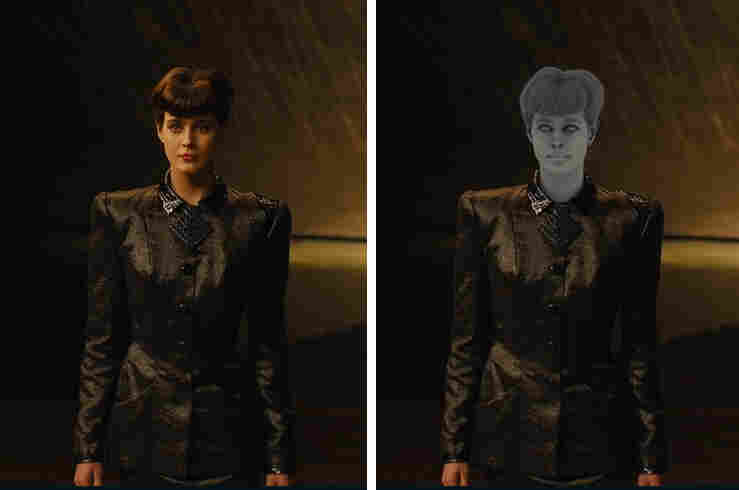 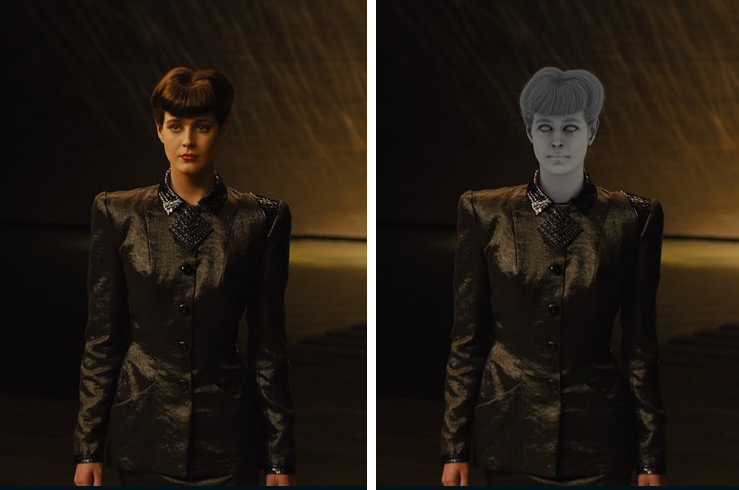 Technology is threatening a lot of jobs — travel agents, truck drivers, factory workers. But here's one you might not expect: actors.

Technology in the entertainment business is on course to create digital actors who compete with live ones.

The Acadamy Award-winning Blade Runner 2049 gives us a glimpse of this future. There's a scene in the sci-fi film that's a miracle of modern technology. Harrison Ford plays a character named Deckard, who, like the actor, has aged normally since 1982's original Blade Runner.

Deckard reunites with a character named Rachael. In the earlier film, she was played by Sean Young, who's now 58. But with a little help from special effects she hadn't aged a bit.

The technicians scanned Young's head and skull. Then they used footage of the actress from the older film to build a younger face around her scanned skull. They rearranged audio from her old performances and voila — Rachael looks 35 years younger.

Michael Fink, a professor in the School of Cinematic Arts at the University of Southern California, says he was blown away by the transformation.

Fink, who has had a long career doing special effects, says the film is a part of a progression that began decades ago to replace real actors with digital ones. It really started with extras, he says. He has shot a lot of big crowd scenes, such as one in the 1996 film Mars Attacks. There's a scene in the desert when the Martians land.

"We went way out in the desert in Arizona," Fink says. "We had 700 people out there and we had to house them and feed them."

Fast-forward 10 years to Superman Returns and another crowd scene. Superman has to land a plane in a packed baseball stadium.

This advance in technology is saving filmmakers money but it hasn't been good for extras, who make hundreds of dollars a day.

"Extras are losing work," Fink says. And technology is marching on. Filmmakers are getting closer to being able to create full performances of actors who are no longer alive. 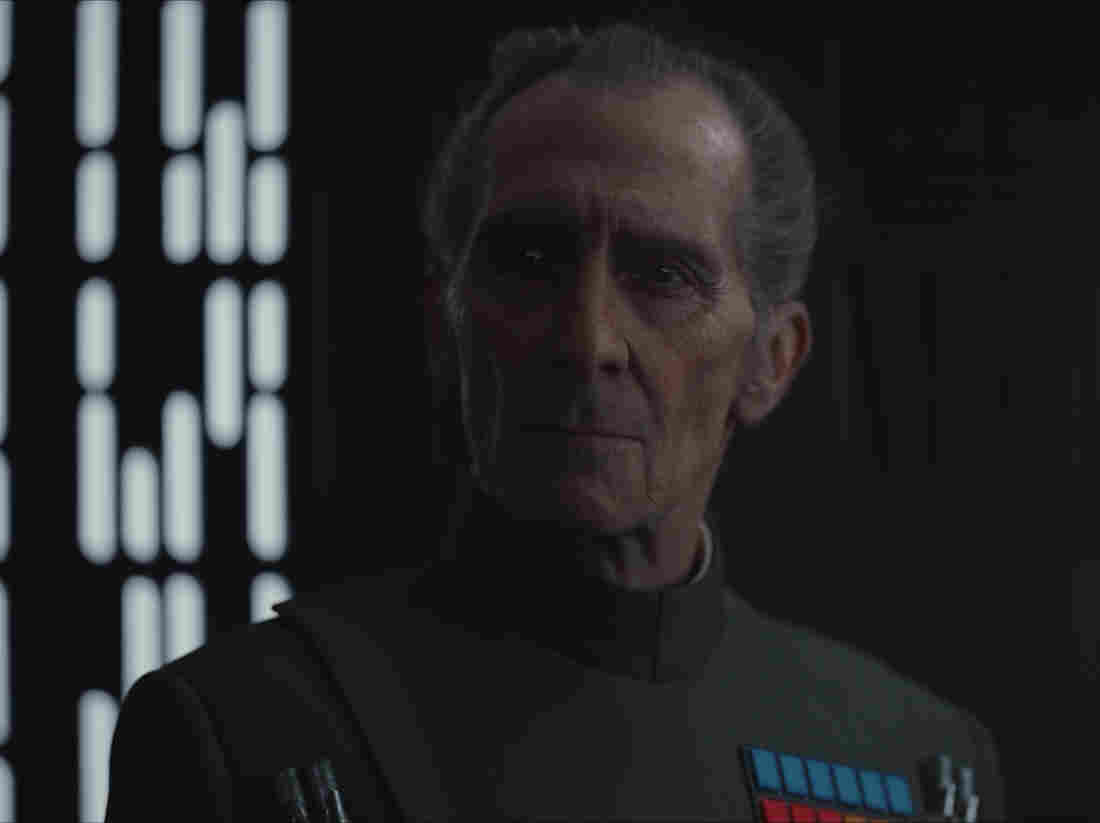 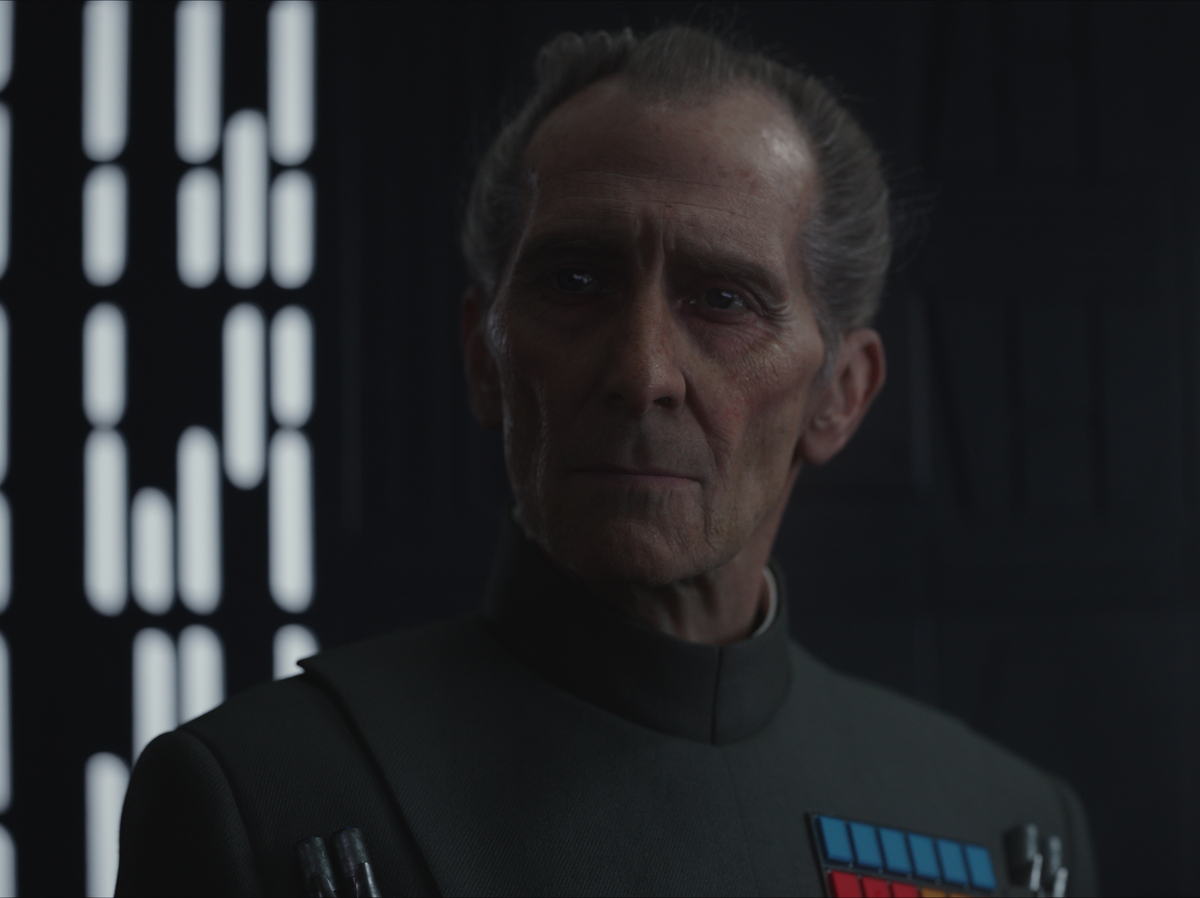 In the 2016 film Rogue One: A Star Wars Story, Peter Cushing's digital likeness was used to reprise his role as Grand Moff Tarkin. Cushing died in 1994.

In 2016, Peter Cushing returned as Grand Moff Tarkin in Rogue One: A Star Wars Story. He'd been dead over 20 years. Before this technology, a younger actor might have been cast in the role.

And it's not just movies. The music world was stunned in 2012 when a hologram of a Tupac Shakur performed live at Coachella.

Digital Domain, the firm that created that hologram, was also responsible for the special effects behind films including Beauty and the Beast, X-Men and Maleficent.

Darren Hendler, digital effects supervisor for the company, says that some big-name actors are preparing for a day when their life as performers will continue after their death. Hendler says some performers spend millions digitally preserving themselves in the company's archive.

Hendler will not say which famous actors have done this. But imagine a future where a young actress must compete against a digital Meryl Streep. Or the late James Gandolfini is able to keep playing Tony Soprano forever.

Hendler and other experts say we are a long way from being able to get a great performance from a dead actor. Yet USC's Fink says the trajectory of the technology is clear. But do audiences really want to watch dead actors?

"Eventually all of us wind up six feet under and that's OK," Fink says. "Let the new actors be seen. Don't hang on to something that is really never gonna be the person that we grew to love anyway."

But Hollywood is the land of illusion. Actors have long tried to keep themselves looking younger, so why not take it to the next level — eternal endless youth?