Accessibility links
3D Scans Help Preserve History, But Who Should Own Them? : All Tech Considered Historic sites around the world face mounting threats: war, climate change, natural disaster. There's a rush to use 3D scans for preservation. But experts have questions about how the scans are used. 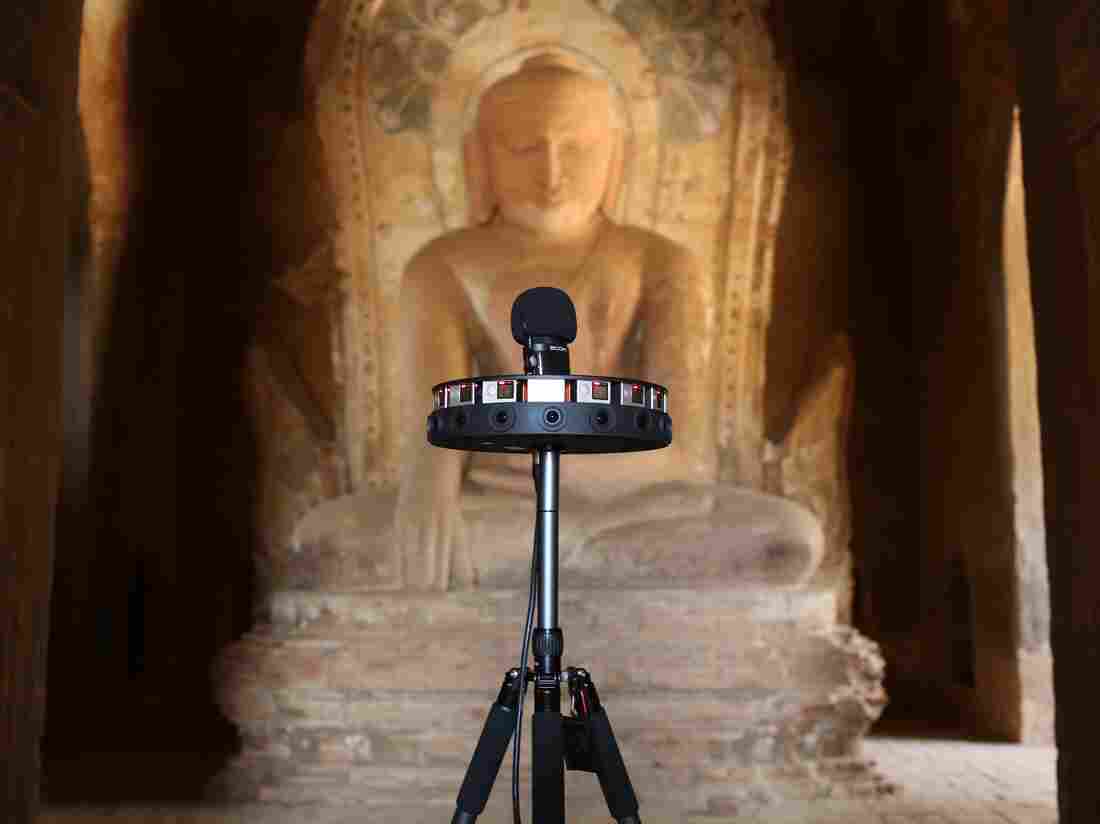 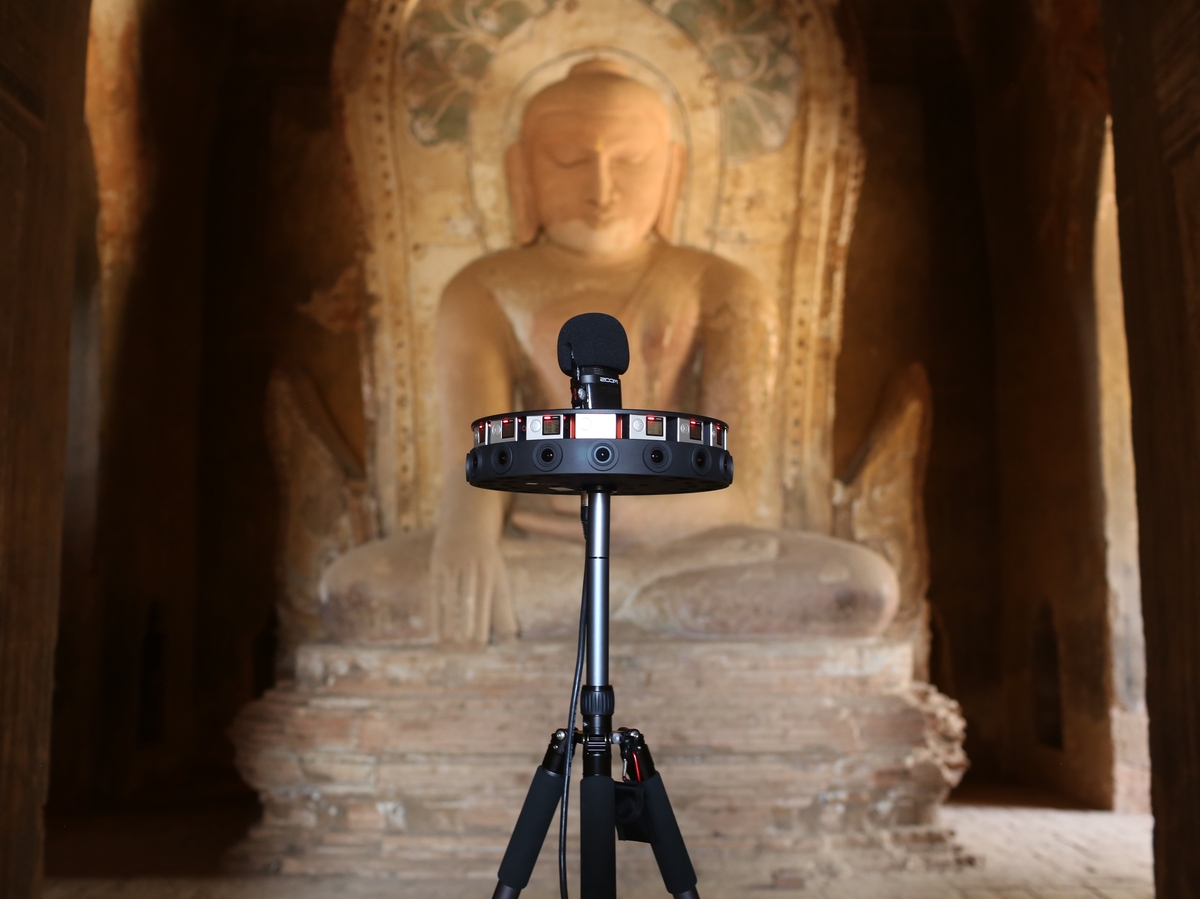 A 360-degree camera is used to document the Khe Min Ga Zedi temple in Bagan, Myanmar.

War, natural disasters and climate change are destroying some of the world's most precious cultural sites. Google is trying to help preserve these archaeological wonders by allowing users access to 3D images of these treasures through its site.

But the project is raising questions about Google's motivations and about who should own the digital copyrights. Some critics call it a form of "digital colonialism."

When it comes to archaeological treasures, the losses have been mounting. ISIS blew up parts of the ancient city of Palmyra in Syria and an earthquake hit Bagan, an ancient city in Myanmar, damaging dozens of temples, in 2016. In the past, all archaeologists and historians had for restoration and research were photos, drawings, remnants and intuition.

But that's changing. Before the earthquake at Bagan, many of the temples on the site were scanned. One of them, Ananda ok Kyaung, stands out for Chance Coughenour, a manager at Google Arts & Culture. "This is a temple that has incredible murals, floor to ceiling across the inter-passageways and the inter-chamber of the temple," he says.

The colorful murals depicted Buddhist cosmology and key moments in the Buddha's life. The temple was popular spot with tourists. Since the earthquake, it is no longer accessible. Now 3D scans of the murals are on Google's Arts & Culture site.

Google To Deliver The Amazon Jungle In 3D

The digital renditions allow viewers to virtually wonder the halls of the temple, look up close at paintings and turn the building over, to look up at its chambers. Bettany Hughes, a historian and broadcaster, leads the virtual tour.

Google Arts & Culture is a little different from the rest of Google. Google is still collecting data on users of the arts and culture website. But Google Arts & Culture works as a nonprofit inside the company. The unit works with museums and other nonprofits — including the Frick Collection and the Center for Jewish History — to put high-quality images online.

The images of the temples in Bagan are part of a collaboration with CyArk, a nonprofit that creates the 3D scanning of historic sites. CyArk scans include Mayan ruins like Chichen Itza or the Al Azem Palace in Syria — around 200 monuments in all. 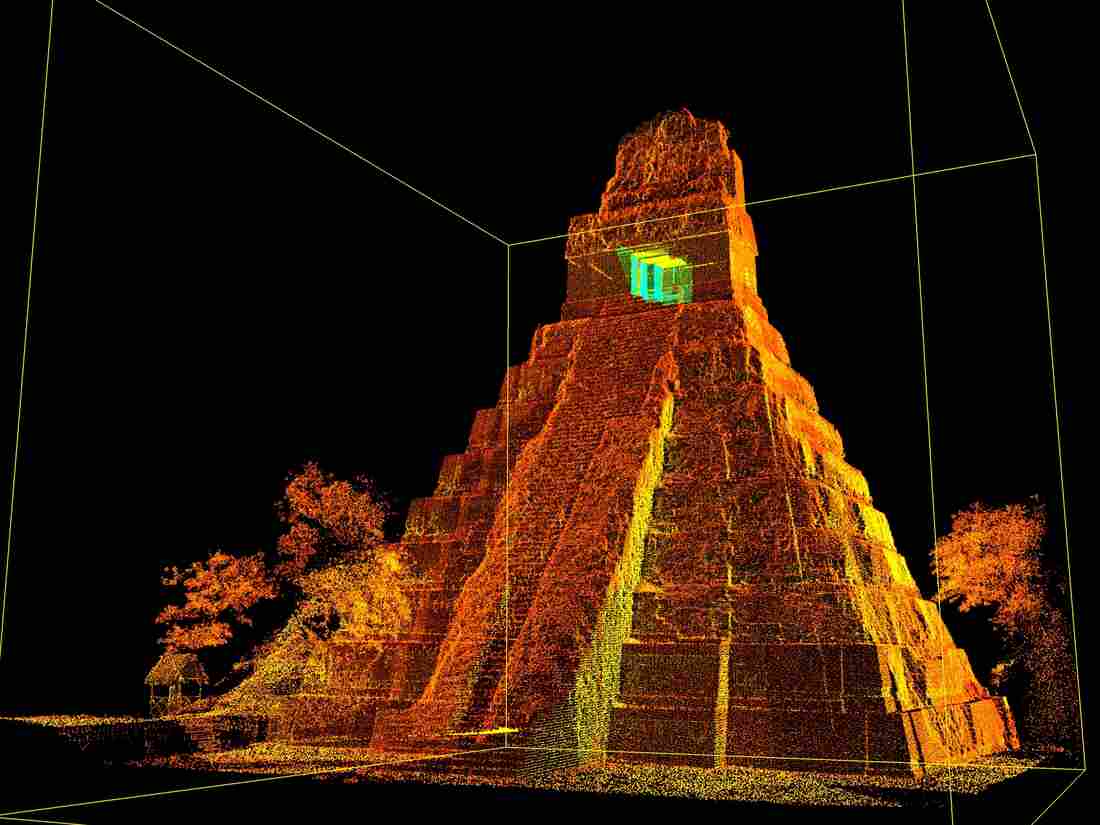 A 3D scan of a Tikal temple in Guatemala. It is among approximately 200 monuments around the world that have been scanned by CyArk. CyArk hide caption 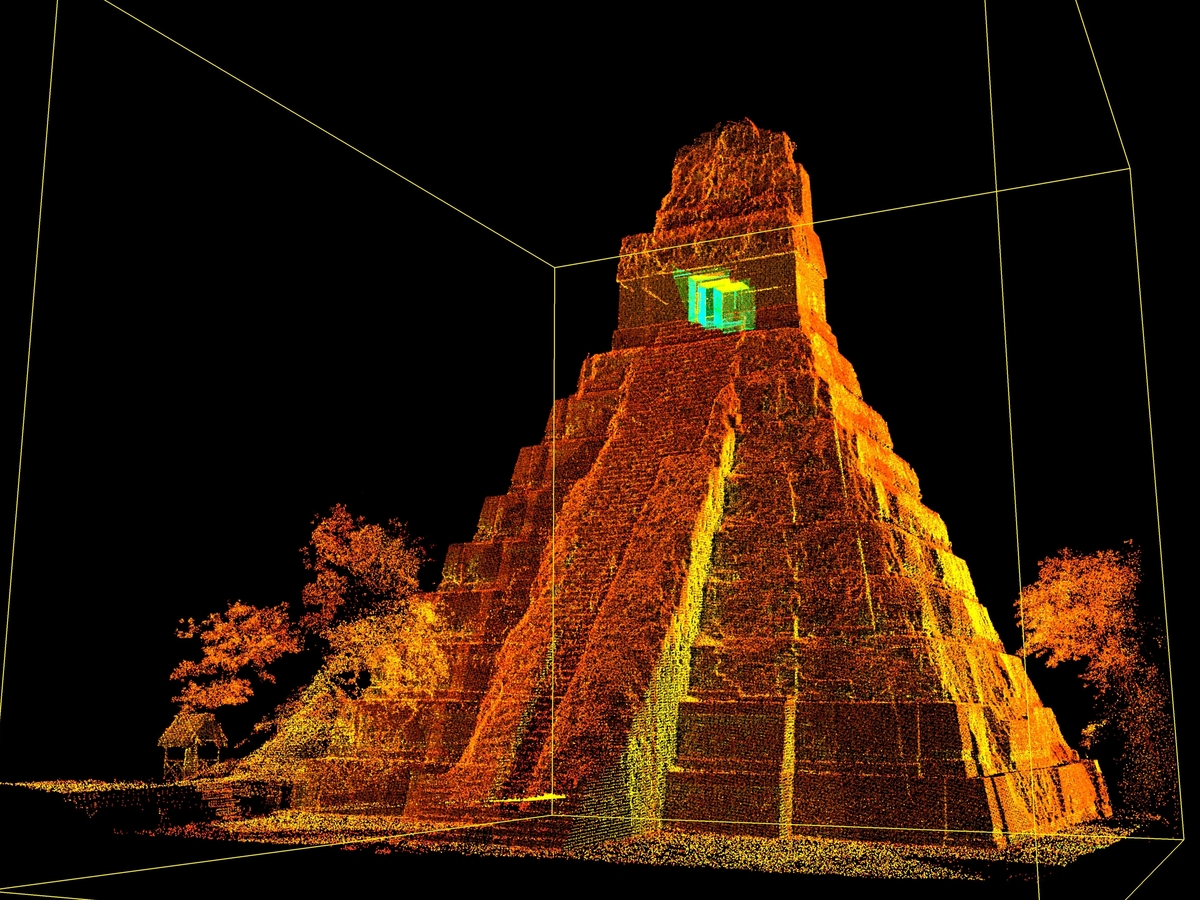 A 3D scan of a Tikal temple in Guatemala. It is among approximately 200 monuments around the world that have been scanned by CyArk.

John Ristevski, CyArk's CEO, says the nonprofit's original mission was to create high-quality scans that could be used as a blueprint to rebuild sites. But the scans were on a private server where the public couldn't access them.

"CyArk has had the will to open it up for a long time," says Ristevski, "but we haven't had the way or the means."

His organization partnered with Google Arts & Culture, because it offered free cloud storage and the tools to create an accessible online experience.
Google's Coughenour says the company doesn't make money off this website, but it fits in with Google's mission to make the world's information available and useful.

Critics say the collaboration could be an attempt by a large corporation to wrap itself in the sheen of culture. Ethan Watrall, an archaeologist, professor at Michigan State University and a member of the Society for American Archaeology, says he's not comfortable with the arrangement between CyArk and Google.

Watrall says this project is just a way for Google to promote Google. "They want to make this material accessible so people will browse it and be filled with wonder by it," he says. "But at its core, it's all about advertisements and driving traffic."

Watrall says these images belong on the site of a museum or educational institution, where there is serious scholarship and a very different mission. CyArk says it is open to other institutions that want to show off the scans. It says Google was the first to make an offer.

But there's another issue for some archaeologists and art historians. CyArk owns the copyrights of the scans — not the countries where these sites are located. That means the countries need CyArk's permission to use these images for commercial purposes.

Erin Thompson, a professor of art crime at John Jay College of Criminal Justice in New York City, says it's the latest example of a Western nation appropriating a foreign culture, a centuries-long battle.

Egypt has been fighting for years to get back a bust of Queen Nefertiti from Germany. It took decades for the Metropolitan Museum of Art in New York to return items from King Tut's Tomb. And Australia's indigenous people have been fighting with the British Museum for the return of ancestral artifacts.

"The real problem is that you have to trust whoever owns the copyright to do the right thing with those images," she says. "And there's no legal way for a country to protest the use of its cultural heritage sites."

CyArk says it copyrights the scans so no one can use them in an inappropriate way. The company says it works closely with authorities during the process, even training local people to help.

But critics like Thompson are not persuaded. Governments can change. She would prefer the scans to be owned by the countries and people where these site are located.

A 'New' Rembrandt: From The Frontiers Of AI And Not The Artist's Atelier