Accessibility links
One Woman's Facebook Success Story: A Support Group For 1.7 Million : All Tech Considered Inspired by the kidnapping of Nigerian schoolgirls, Lola Omolola started a Facebook group that soared in size and quickly became a support network for women around the globe. 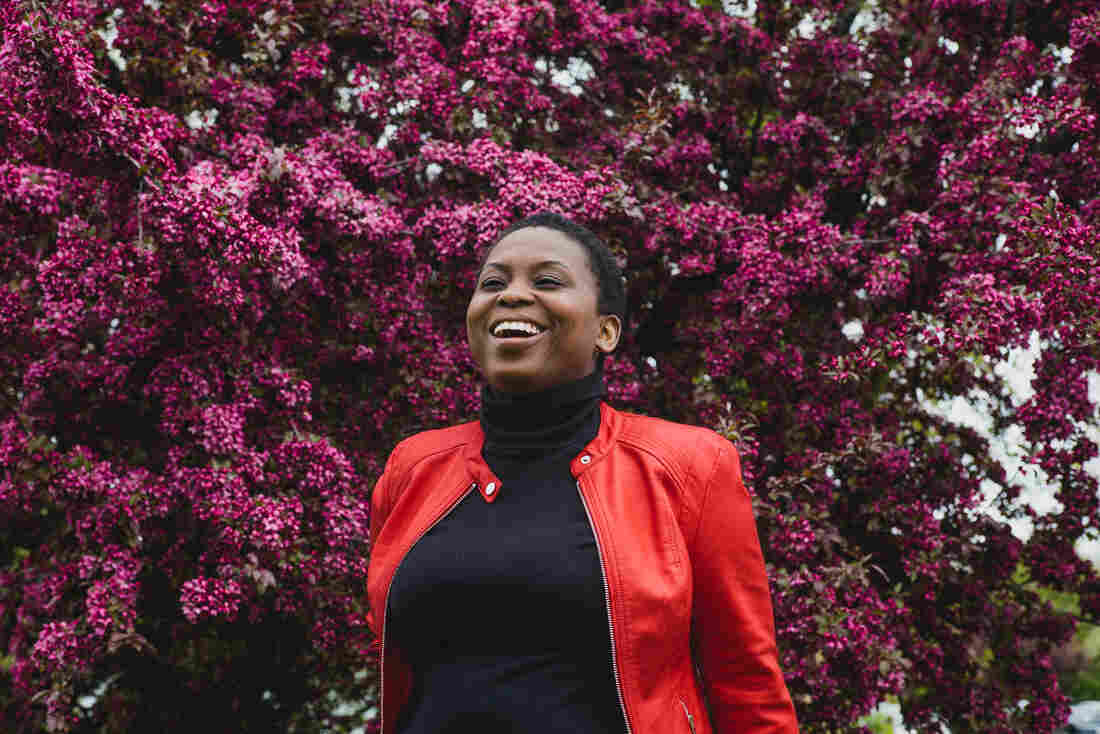 Lola Omolola is the founder of FIN, a private Facebook group with nearly 1.7 million members that has become a support network for women around the globe. Nolis Anderson for NPR hide caption 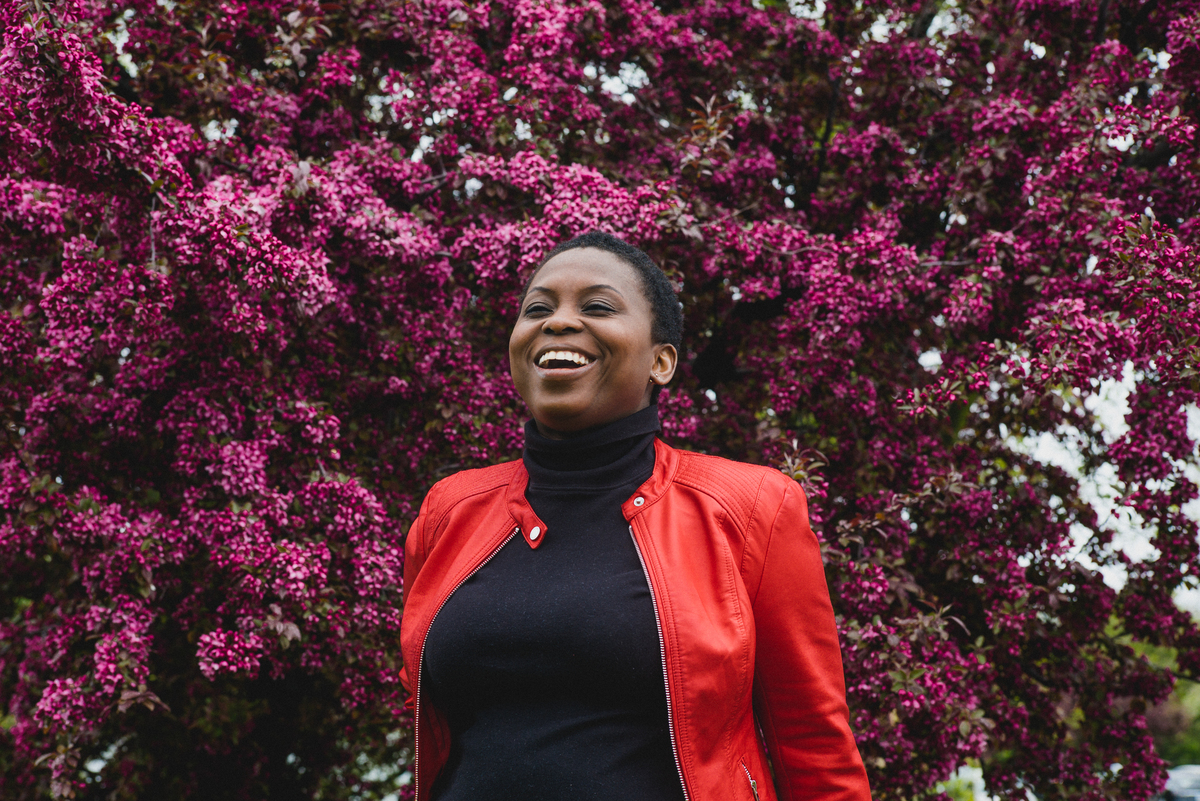 Lola Omolola is the founder of FIN, a private Facebook group with nearly 1.7 million members that has become a support network for women around the globe.

As Facebook struggles to repair its image after a global privacy scandal, the social media giant is trying to make the platform a place that Mark Zuckerberg says encourages "meaningful interactions between people."

One person who embodies Zuckerberg's message is Lola Omolola, an ebullient 41-year-old Nigerian-American woman who was highlighted at Facebook's annual conference in May.

She's the founder of FIN, a private Facebook group — with nearly 1.7 million members — that has become a support network for women around the globe. FIN originally stood for Female in Nigeria, but as its reach grew to other countries, Omolola recast it simply as Female IN.

Its genesis can be traced to 2014, when nearly 300 girls were kidnapped from a boarding school in Nigeria by the Boko Haram militant group.

"Whenever I turned on the radio and television, everyone was talking about the terrorism angle," recalls Omolola, who grew up in Lagos and now lives in Chicago.

For her, the kidnapping represented the worst form of patriarchy: men were targeting young women for getting an education. Omolola says it shook her and she needed a way to be part of her country's mourning and healing.

So she turned to Facebook and started the group.

"I didn't know what I was going to do," she says. "I just knew I wanted to find them at the very least, so that I wouldn't be by myself, because I felt really lonely."

But Omolola turned that loneliness into action. The group scaled up quickly. First she invited friends, who invited friends. She organized real-world meetups and encouraged women to respond to each other respectfully. Omolola also shared stories she found on the Internet, mostly on Facebook and Twitter, about women's issues.

One story was about a woman in Nigeria who wanted to get her hair cut short, like a boy. The hairdresser told her she needed a permission slip from her husband first. Omolola posted the story, figuring FINsters (as she calls them) would likely discuss it, "like pundits do," she says.

But that's not what happened. Instead, women started sharing their own similar experiences in the comments thread.

"This was a shock to me," she says. The group has since had many threads on women, their hair and their husbands.

FIN has taken on far heavier issues too, like domestic violence. Before the #MeToo movement broke the silence around widespread sexual assault, FIN encouraged women to share their stories. "Most of us just didn't realize how widespread the practices were because we'd normalized them," Omolola says.

One time, she noticed a comment on one of the posts — about a woman who was dragged through the streets by her husband as people watched and did nothing. She messaged the FINster.

"She broke down, told me it was her," says Omolola, who asked for permission to write up the story and name the woman. The woman said yes.

NPR spoke with the woman, whose first initial is O. She didn't want NPR to use her name, for privacy concerns. But she felt confident and safe enough to share her story and her name in Omolola's group because FIN is private.

"I just got tired of hiding. I just got tired of trying to put up a happy face when I'm actually not happy," O says. She decided to leave her husband for a while, supported by FINsters who offered donations, prayers and even housing.

FIN's members are women — mostly in Nigeria, but also in the diaspora. Popular posts regularly get half a million views. The group has grown through word-of-mouth. 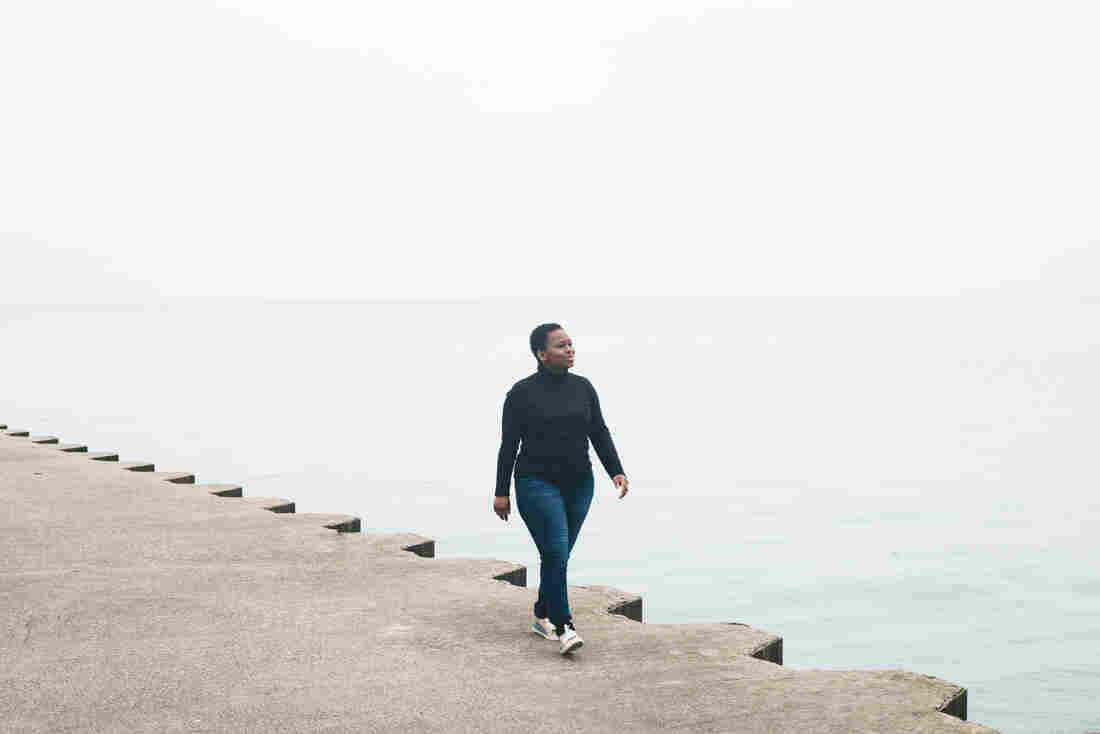 Lola Omolola's success comes from a few strategies: curating interesting stories and encouraging women to respond to each other. Nolis Anderson for NPR hide caption 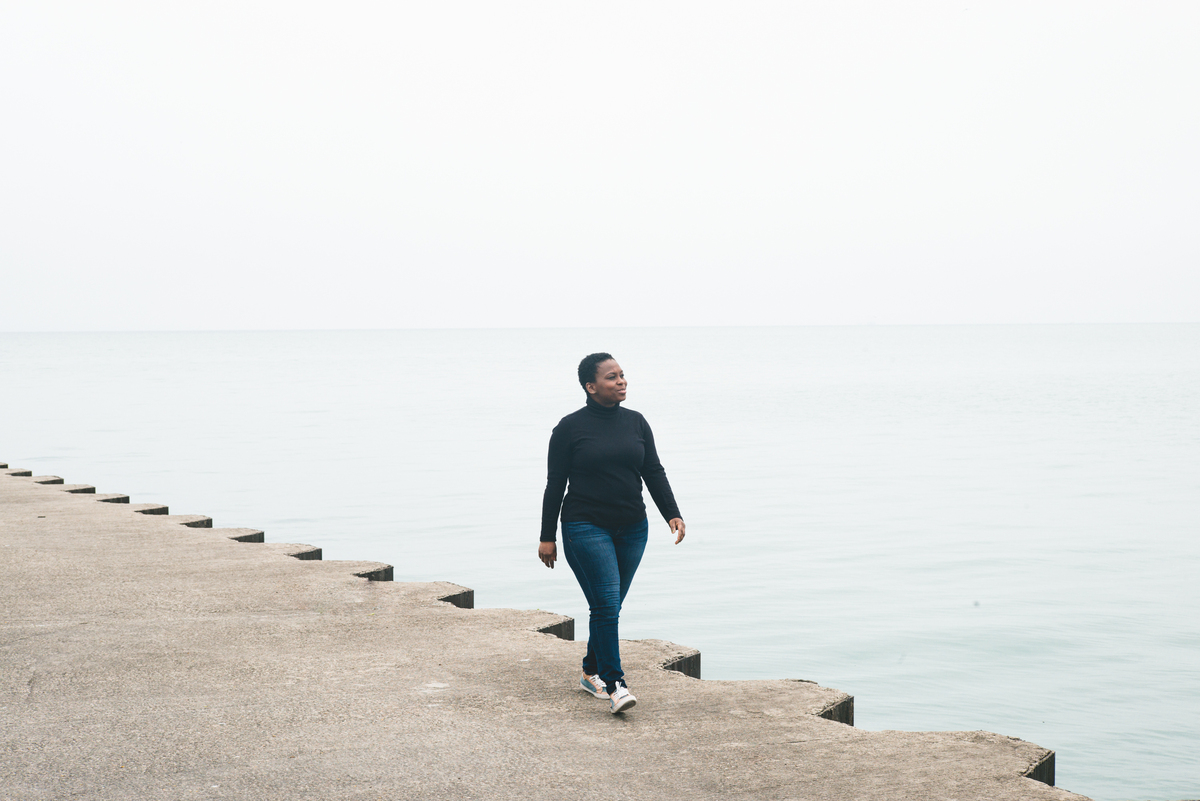 Lola Omolola's success comes from a few strategies: curating interesting stories and encouraging women to respond to each other.

Omolola's success with FIN comes from a few strategies: curating interesting stories and encouraging women to respond to each other. She and others organize real-world events where group members can meet. Events have been held in cities around the world, including Lagos, Johannesburg, London, Houston and the Washington, D.C., area. Strict ground rules are enforced by a team of more than two dozen moderators. Among the rules: do not judge, do not share outside the group, do not give unsolicited advice.

When Fatty Giwa Abdulrahman joined two years ago, one of the first posts to catch her attention was from a woman who talked about fertility issues similar to her own.

"I didn't know a lot of people went through that," she says. "It made me really comfortable."

She began chatting with the FINster directly, staying in regular contact. And when, in a tragic turn of events, the FINster lost her daughter, Abdulrahman wrote her first post, to mourn the baby's death.

The group has grown fast, and its success has piqued the interest of Facebook leaders besides Zuckerberg. At F8, an annual developer conference that typically features the work of software engineers, long-time Facebook executives Chris Cox and Ime Archibong cast a spotlight on Omolola's work and attendees took notes about how she uses Facebook's tools.

"She's exactly the type of person that we're excited about — a builder who is passionate about using technology to drive positive social outcomes," Archibong says in an email to NPR.

Facebook has lost the trust of users after reports revealed the company let 87 million profiles fall into the hands of a political operative. But Omolola's group is proof that the social network can build "meaningful communities," making her a much-needed success story for the company.

Last year in Chicago, at an invite-only event, Zuckerberg announced Facebook would change its mission — from connecting friends to building communities. And he interviewed Omolola on stage, about how she got real-world results by using the online platform to break the silence around domestic violence.

"Now, when someone posts in your community, they're going to get thousands of messages of support, and offers of places to stay and help with child care, all within minutes," he said, recapping the work of FIN.

For Omolola, Facebook is a godsend — a technology that enabled an immigrant woman in Chicago to have a global voice. She believes the platform can be used for a lot of good — if that's what's in people's hearts.