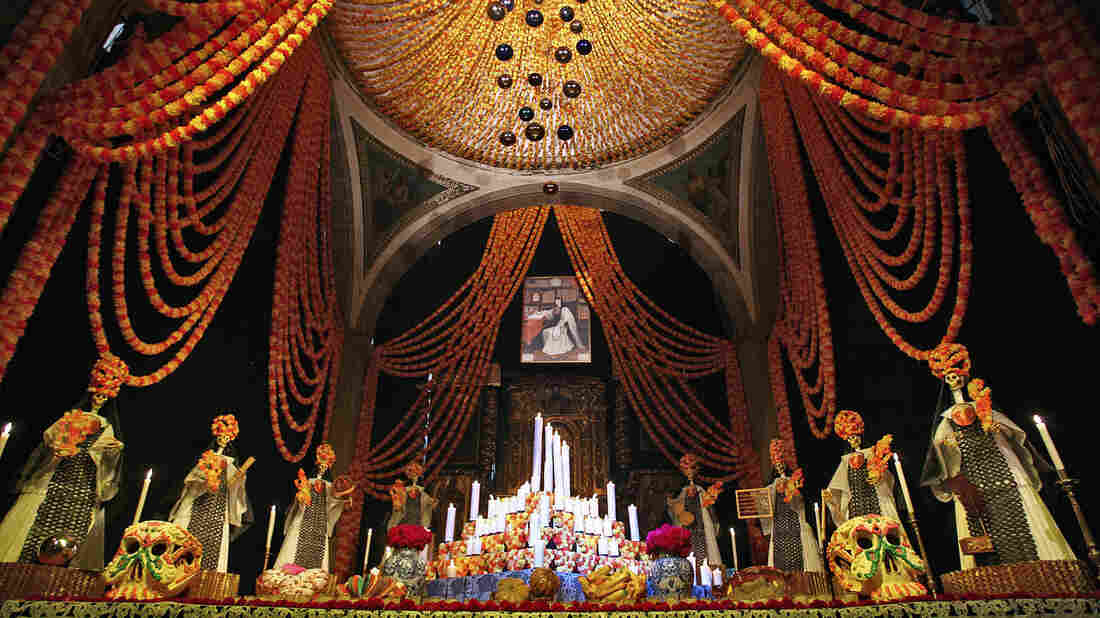 Join us as we celebrate Day Of The Dead, Alt.Latino style. Omar Torres/AFP/Getty Images hide caption 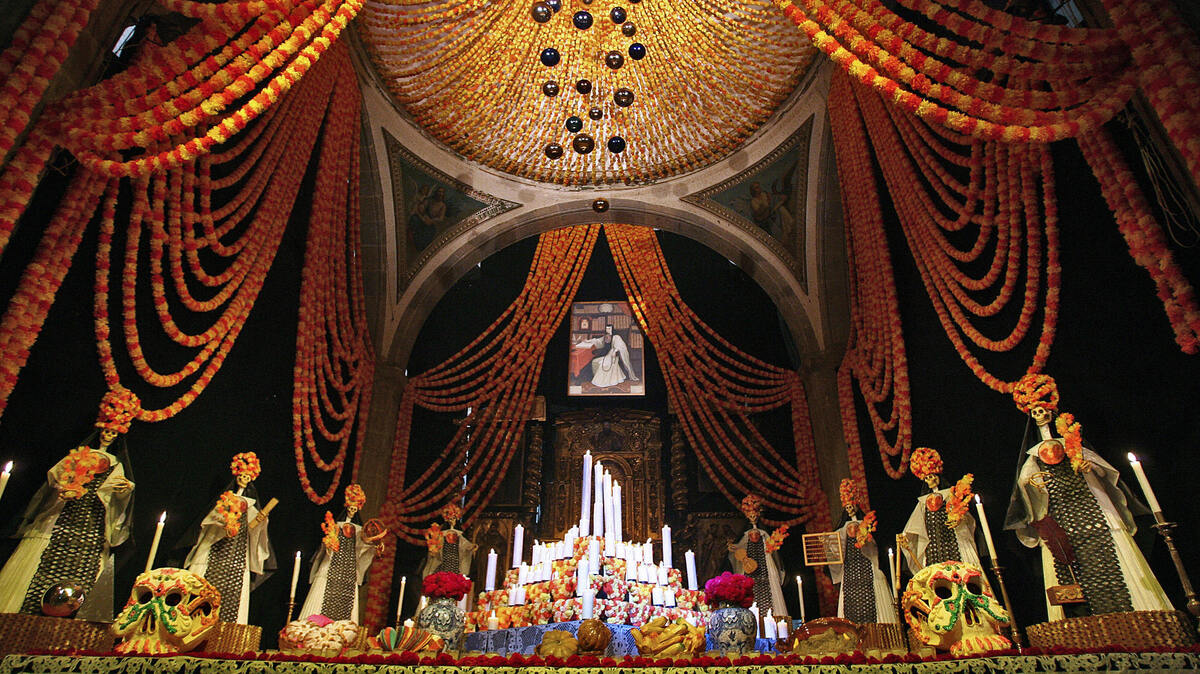 Join us as we celebrate Day Of The Dead, Alt.Latino style.

A friend who lives in Mexico just wrote on her Facebook page to wonder whether the dead are hip to social media. She's moved around so much in the last year that she wants to make sure the people she's lost over the years know where to find her.

Such is the nature of the Mexican folk tradition of Dia De Los Muertos, which is partially based on the Nahuatl (Aztec) concept of duality: "I am alive. I am dead. In both cases, I am."

I learned that in a class on pre-Columbian mythology back in college. It stuck with me, so the idea of creating tributes to the departed has never struck me as terribly morbid. In fact, it was a comfort when I lost a cousin who was my own age back in the early 1990s. Or when I lost other close friends, or people I didn't know but greatly admired.

To me, it makes perfect sense for Alt.Latino to create this sonic altar, which marks the loss of people who've been loved and admired by ourselves and our listeners alike. Dia De Los Muertos is a time for reflection on life, not death. Here, we do it with music to remind us that life and death are causes for celebration, whether with laughter or with bittersweet tears. 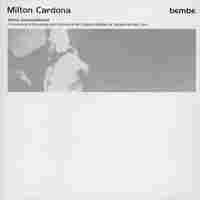 We start by remembering the Nuyorican percussionist Milton Cardona. This track, dedicated to the deity Elegua, is from his album of sacred Santeria music, called Bembe. 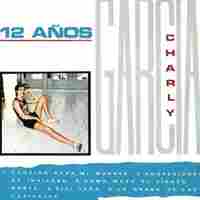 Jasmine: "Mexico has grappled with a lot of violence in the last decade — about 70,000 people have died in the drug war, and this year it's gotten very gruesome very quickly. In the state of Guerrero, 43 students have gone missing; they were headed to a protest, the police picked them up, and they just went missing. ... I was headed to cover a protest in Mexico City — thousands turned out to protest the disappearance of these students — and as I was headed to this protest, I ran across this graffiti that was really impacting. It said, 'Todos los días son Día de Muertos en Mexico,' or 'Every day is Day of the Dead in Mexico today.' For me, as an outsider, as an Argentine, it's eerily reminiscent of our dictatorship: People just vanish, and you don't even know how to mourn them. And that's why I picked this next song. It's about people disappearing, just vanishing into thin air." 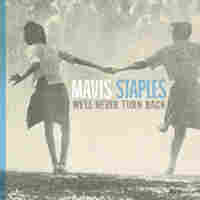 Felix: "This year, we lost two of my favorite actors: Carmen Zapata and Elizabeth Peña. Carmen Zapata was a veteran of TV and film; she was a trailblazer for Latinos in Hollywood. She stood up to stereotypes; played roles with dignity, respect and humor; and was very active in developing up-and-coming Latino talent. Elizabeth Peña was much younger — she was my age — and she also resisted stereotype. Many mourned her loss, as well as her not getting [enough] roles that reflected her talent. Both had to fight the system of Hollywood ... I think this song and the spirit of the song speaks to their courage, fighting for a place in a system that can be very exclusionary." 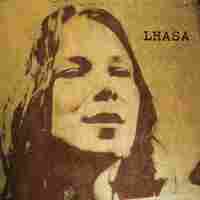 Listener Jim Santi Owens dedicates his choice to his partner Liza, who died in 2007 from leukemia. He chose a song by Lhasa De Sela, a singer with the kind of voice where, once you hear it, you're a fan for life. She also died of cancer, in 2010. Jim points out that both women were 37, and he wrote this to go along with the song: "Of course, none of us knows what happens when it's our time to go, but listening to the lyrics of this song, I am haunted by how closely they describe both the dying and the after-death process as I experienced it during Liza's death and during the deaths of other friends of mine. I never knew Lhasa, but judging from her music, she seemed to have shared with Liza a shamanic, 'living-between-the-worlds' way of being and relating to this world. For me, very personally, their spirits connect whenever I hear this song." 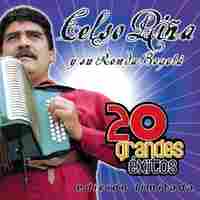 Jasmine: "When Gabriel García Márquez passed away here in Mexico, I remember feeling really sad, but also just so happy that he existed and that he gave us these amazing books. I'm sad he's not going to be producing any more work, and that he's no longer around, but we were so lucky to have him. I picked a song called 'Macondo,' which is the fantastical imaginary land in which One Hundred Years Of Solitude takes place." 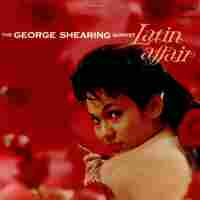 Earlier this year, Felix wrote about a musical hero that he'd lost. "Cuban-born percussionist Armando Peraza's career spanned over 50 years, from the earliest days of Afro-Cuban jazz in the late '40s and early '50s to two decades with Santana that ended sometime in the mid-1990s. He didn't teach me any specifics about how to play congas or bongos or any percussion instrument — what I learned from him was a sense of dignity and respect for the power that comes from playing that perfect circle, from playing the drum. The song I chose was recorded the year I was born, in 1958. It's one of his compositions, 'Estampa Cubana.'" 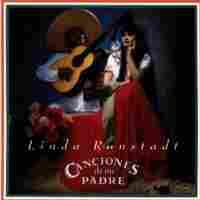 Listener Maribel Falcon wrote in asking for "Dos Arbolitos," a very old mariachi song. "Once, my great-grandmother Memoria said 'Dos Arbolitos' was 'their song' [for her and her great-grandfather]. Como antes, couples would have songs that defined their love. 'Dos Arbolitos' is a beautiful story about two trees that never separate, and I want to honor mis bisabuelos" — my great-grandparents — "to remember them and keep them alive." To help honor her family, we play a version of "Dos Arbolitos" performed by Linda Ronstadt, accompanied by Mariachi Los Camperos De Nati Cano. Nati Cano also passed away this past year. He was a tireless advocate and performer of mariachi from his home base in California. He was an educator and performer who dedicated his life to the art form that touched the hearts of people around the world. 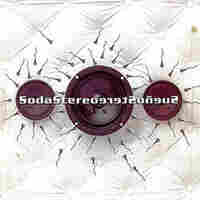 Jasmine: "This year, we also lost a Latin rock legend. Gustavo Cerati and his band, Soda Stereo, were the first pan-Latin American rock stars. This is, again, an example of celebrating someone's life in the wake of that person's death. Cerati was in a coma for several years, and it was difficult to watch this marvelous musician experience such a fate. I think a lot of us who really appreciated this music, when he passed away this year, felt that he got a sense of relief, and we just wanted to remember what an amazing musician he was. 'Zoom' is one of the last songs that the band did together before Cerati went on as a soloist, and I picked it because it's a very happy song — it's very joyous and sexy and relaxed, and it also represents for me an oasis of happy moments in Argentina." 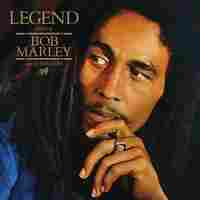 Josh Stoltzfus writes: "For my wife's brother, Javier Gonzalez. Javi was a musician and painter, a very sensitive cat who struggled his whole life with bipolar [disorder] and self-medication to deal with it. He was very much a singer-songwriter fan — that's the music he enjoyed — and while I don't know that this song was a personal favorite, Bob Marley was/is big in my wife's family. The refrain, 'These songs of freedom / are all I ever had,' rings true. He was alone a lot, literally and figuratively, and art was often his retreat." 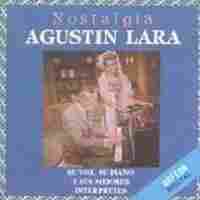 Martin Rodriguez writes: "I thought about dedicating this song to my Abuelito, because the lyrics are very touching for me living far away from my family, and I was not able to attend his funeral. This song took on a different meaning for me, as it represents the distance to my family. I also love the delivery of the lyrics — es tan Mexicano! Also, for some reason, I always hear my Abuelita's voice singing these lyrics."

Felix: "Paco De Lucia was one of the truly master musicians of any genre. His stature in the world of flamenco was unparalleled, and his solo performances were the stuff of legend. He simultaneously played flamenco and transcended the genre with every performance. This song is named for his mother, Luzia, from whom he took the name De Lucia."

Felix: "Cheo Feliciano was one of the first Fania vocalists to rise above the pack and stand out with a deep voice that was at once husky and supple. His improvisations set standards for future soñeros like Ruben Blades. This track pays tribute to the history of Africa in the Caribbean, a respect for the culture he carried everywhere he went. When you look in the dictionary of what the Fania sound was all about, you'll find this track." 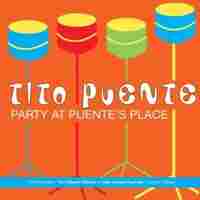 Listener Marisa Arbona-Ruiz dedicates this song to her friend and sister, Marvette Perez:

"Marvette was a curator for the Smithsonian Museum of American History ... And she was the soundtrack of my life with her congas and ukelele, rip-roaring laughter, crazy humor and infinite depth of insight into pop culture. One of her idols was Tito Puente. This gentle and subtle side of Tito Puente, whose music was playing when she died, matches the gentle and subtle side of her own complex, larger-than-life personna. No doubt she's rocking the spirit world, and inviting the Holy Ones to try her asopao."