Accessibility links
Orkesta Mendoza: A Border Story : Alt.Latino Bandleader Sergio Mendoza talks about how growing up on both sides of the U.S.-Mexico border affected him and his music. 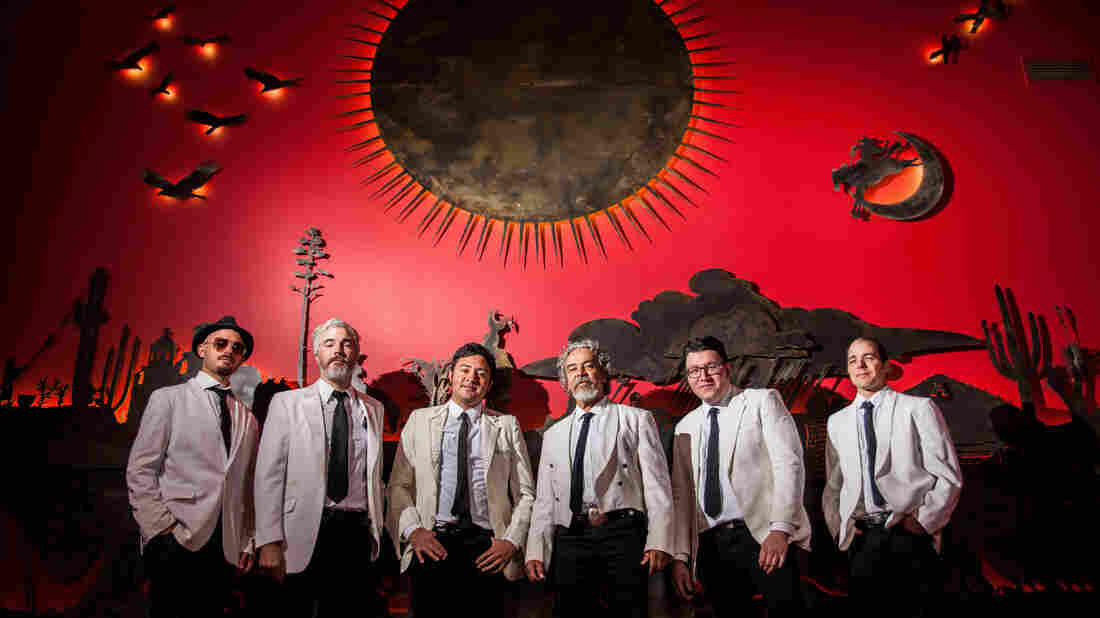 Sergio Mendoza's Orkesta Mendoza fuses sounds from both the U.S. and Mexico. Josh Harrison/Courtesy of the artist hide caption 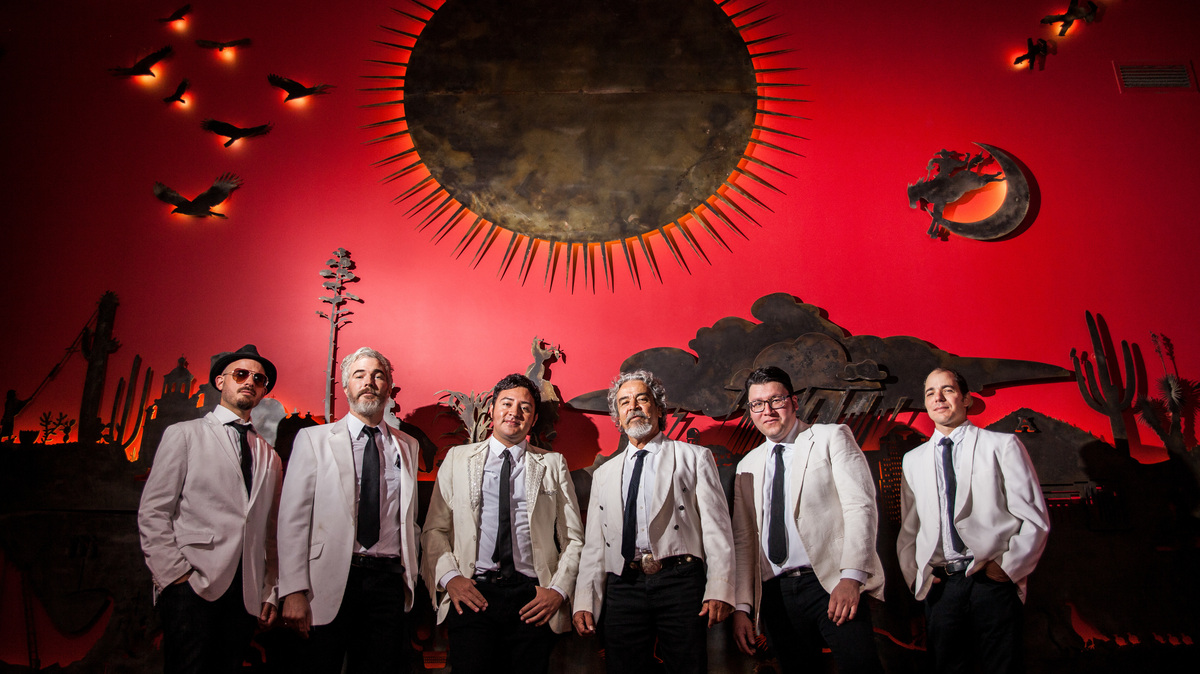 Sergio Mendoza's Orkesta Mendoza fuses sounds from both the U.S. and Mexico.

Josh Harrison/Courtesy of the artist

Editor's note: This is one of three segments in this week's episode of Alt.Latino. Listen to the full show.

Originally formed as a tribute to "King of Mambo" Pérez Prado, Orkesta Mendoza (a.k.a. Sergio Mendoza y La Orkesta) has morphed into a gorgeous, high-energy combination of mambo, cumbia, psych and rock. It's a sound that comes from deep in the Sonoran Desert: Orkesta Mendoza is based in Tucson, Ariz., but frontman Sergio Mendoza grew up in the border towns of Nogales, Ariz., and Nogales, Sonora, and he pulls influences from both sides of the U.S.-Mexico border into his music.

If you've never seen Orkesta Mendoza live, it's a little bit like walking into a different era. The six-piece group sets up like a big band, even wearing matching suits. The highly stylized, crisp look mirrors the band's precise execution of the music, resulting in electric live shows packed with crowds of sweaty people where it's not unusual to just start dancing with a stranger.

In this conversation, Mendoza talks about the band's latest album, ¡Vamos A Guarachar!, how growing up on both sides of the border affected him and his music and how the current political climate impacts him and his work. It all culminates in Mendoza's invitation for audiences to forget the realities of politics and racism when they come to his shows — and to just dance for a while instead.