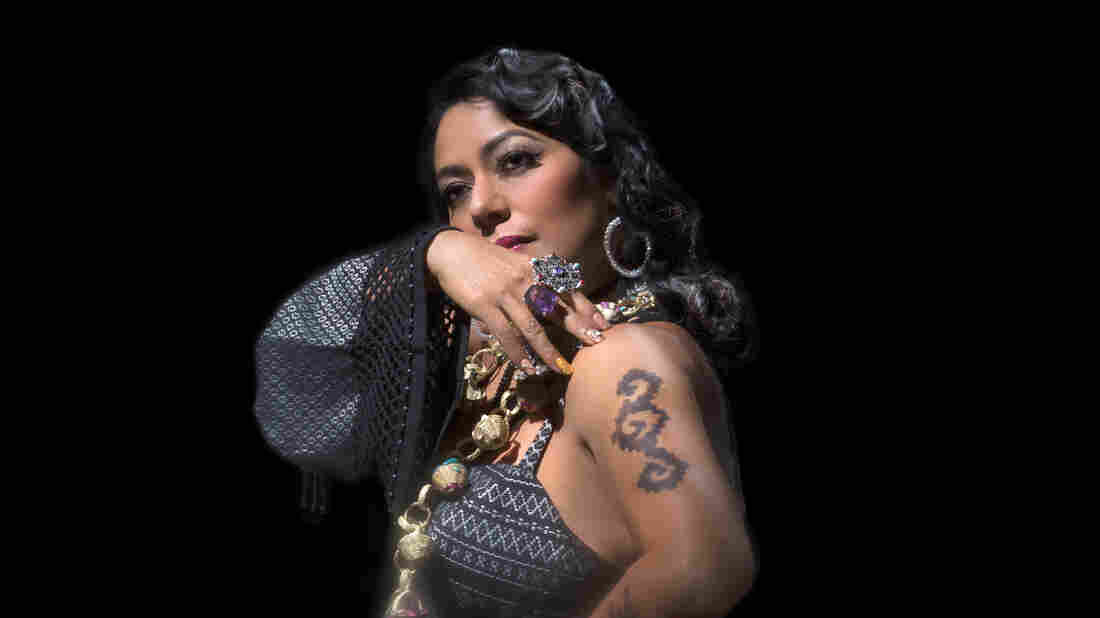 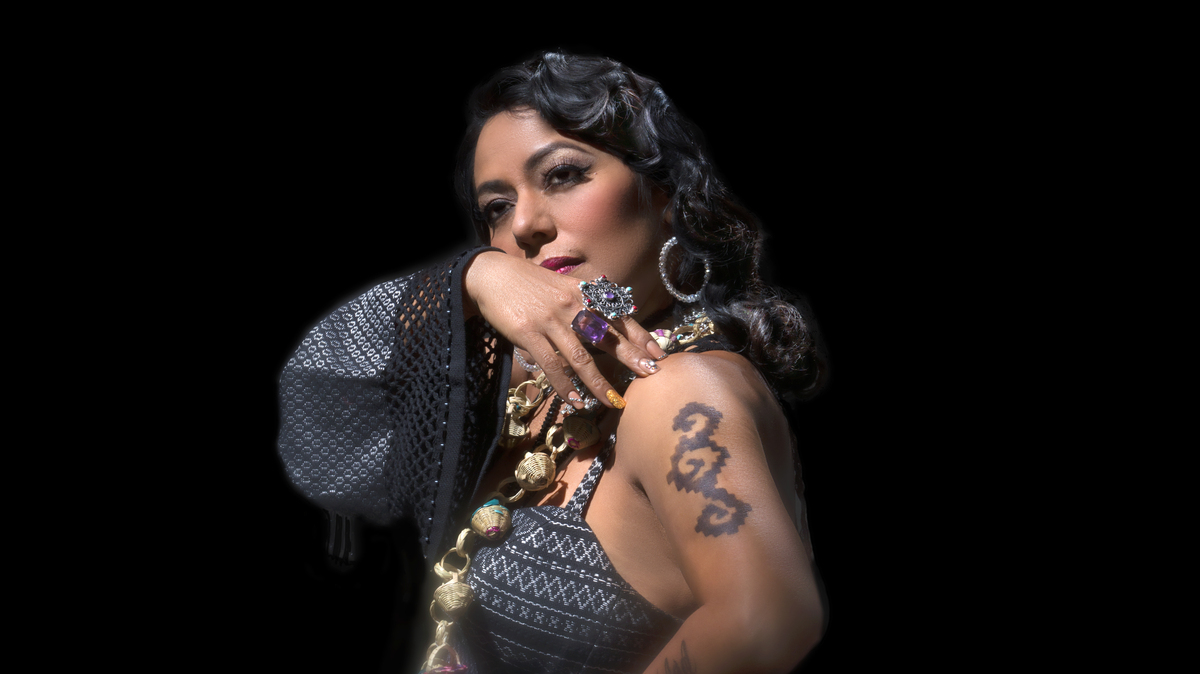 Marcela Taboada/Courtesy of the artist

Bring on the tequila for this one.

And imagine the likes of Chavela Vargas and Janis Joplin serenading the women we call las adelitas — the female Mexican revolutionaries — around your table. That's the kind of badassery Lila Downs evokes with "Peligrosa," the lead track to her new album Salón, Lágrimas y Deseo.

Few alternative artists have the dynamic power and range of this bilingual warrior-woman, who has recorded nine albums, earning a Grammy and four Latin Grammys along the way. Salón, Lágrimas y Deseo, which she translates as Tears and Desire, follows in her artistically outspoken footsteps as an affirmation of feminine power.

Peligrosa means "dangerous," in the feminine form, and this track is where the intensity of a dramatic ranchera (the kind of sentimental rural song associated with mariachi) meets the cry of soulful blues. It's where an independent rebel heart screams out in angst and desire for what it unapologetically wants: "Dicen que yo soy peligrosa, que yo soy dolorosa, porque quiero vivir así. ... Te digo que sí soy peligrosa, sí soy desdeñosa porque te quiero para mí. ... quiero lo bueno para mí." ("They say I'm dangerous, that I'm painful, because I want to live this way. ... Let me tell you, yes, I'm dangerous, I'm scornful, because I want you for me. ... I want what's good for me!")

This is where Downs, the phoenix, ramps up her deep, husky voice and powerhouse vibrato to rise up from the ashes: "No sé lo que siento contigo, pero todo lo quiero contigo, y todo lo puedo. No sé qué será sin eso que tienes tú que parece amor." ("I don't know what I feel with you, but I want all with you and I can do all. I don't know what will be, without what you have that seems like love.")

After having begun with a mariachi's flair of trumpets and strings against blues chords, the song switches over to bluesy verses with mariachi accents. An interlude of beautiful violins leads to a dramatic build-up that ends in classic Downs fashion, transforming from a high pitched wail to a whisper in one stirring breath.

No doubt Vargas, Joplin and las adelitas would be raising their shot glasses and cheering "¡Otra, otra!" for more.