Accessibility links
Las Cafeteras' 'If I Was President' Offers A Vision Of Cross-Cultural Unity : Alt.Latino The Los Angeles-based Mexican roots band makes a statement with its latest video, daring viewers to imagine a future in which different cultures complement and enrich one another. 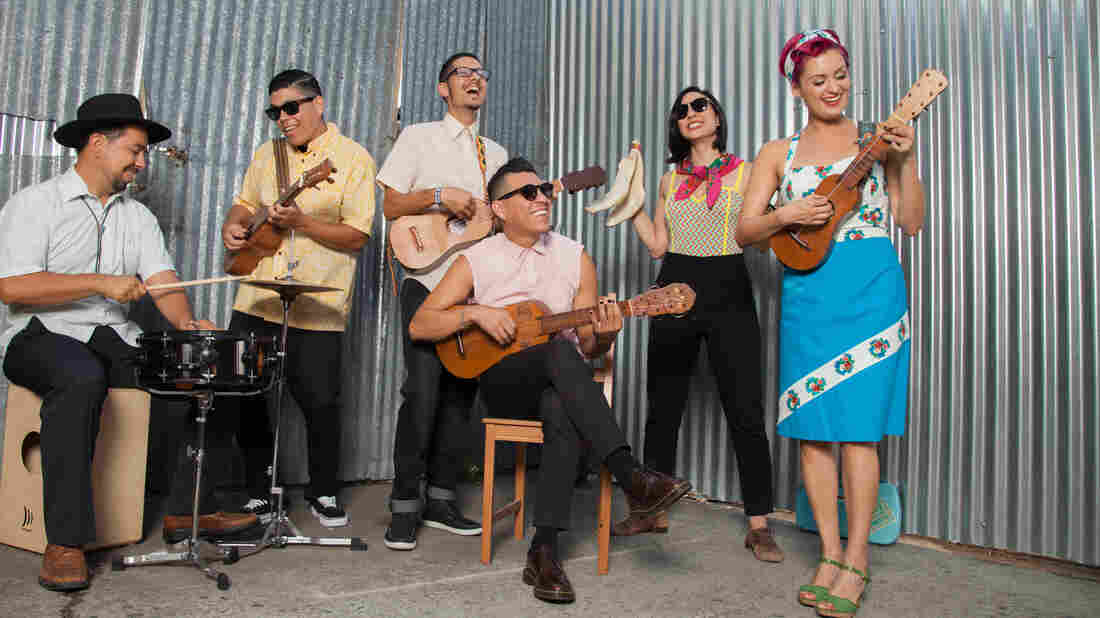 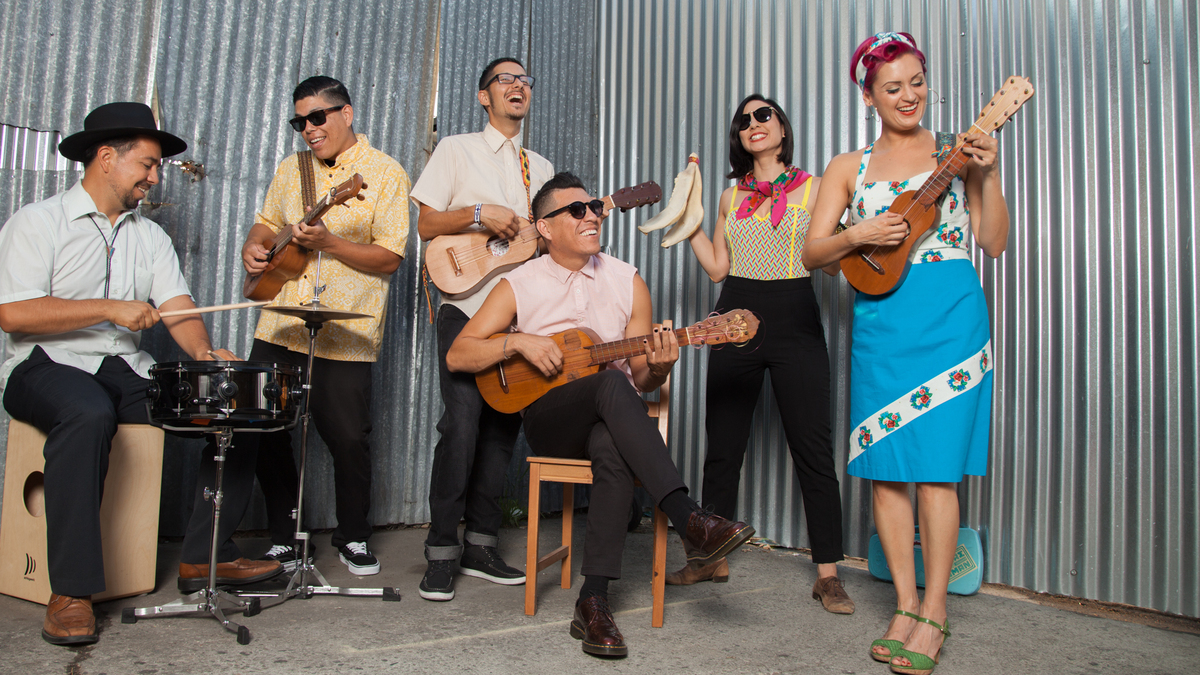 The members of Los Angeles' Las Cafeteras are experts at navigating the two culturas of immigrant children. In the band's latest video, "If I Was President," they share visions of what our land could be under a president for all people.

The song riffs off of "Señor Presidente," a traditional Afro-Mexican folk tune that allows for easily improvised rhymes and whose verses have been adapted for decades to the themes of political protests on both sides of the border. Las Cafeteras' members question the president about flaws in our criminal-justice and educational systems and why dark-skinned people are being killed. At the same time, the video dares the listener to imagine how different it could all be, with images of a Latina Rosie the Riveter and people helping each other and wistful love scenes offering signs of hope for dark times.

The beauty of Las Cafeteras' approach — and what makes the band's sound fresh and smart — is the complementary way in which it deploys both Mexican and American cultural elements. The video starts with the strumming of the jarana, a small stringed instrument that is iconic to this style of Mexican music. However, the chords have a bluesy undercurrent matching a young woman's story: She's telling the president she can't work because she is undocumented. Moments in her life and the lives of others criss-cross in the video, against the backdrop of LA's streets and murals.

About a minute into the video, the song transitions into different musical territory, switching into a gentle rap that shines a light on the Mexican folk music's original African roots. The song continues to seamlessly flow between that folk music (tempered by blues) and hip-hop (tinged by Latin beats). Each rhythm shapes the possibilities of the other and hints at a future in which — as the song says — "We got a different kind of party in the White House tonight."