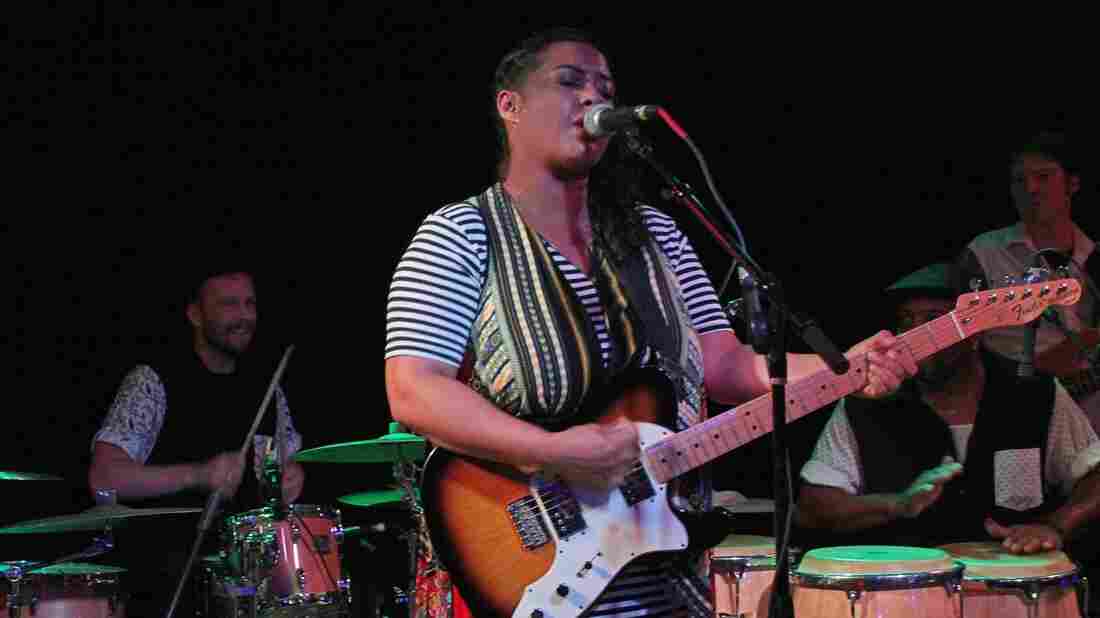 Kelly Jo Ramirez says her project Phat Lip is about "opening up all the listeners and exposing them to the Latin influence." Courtesy of the artist hide caption 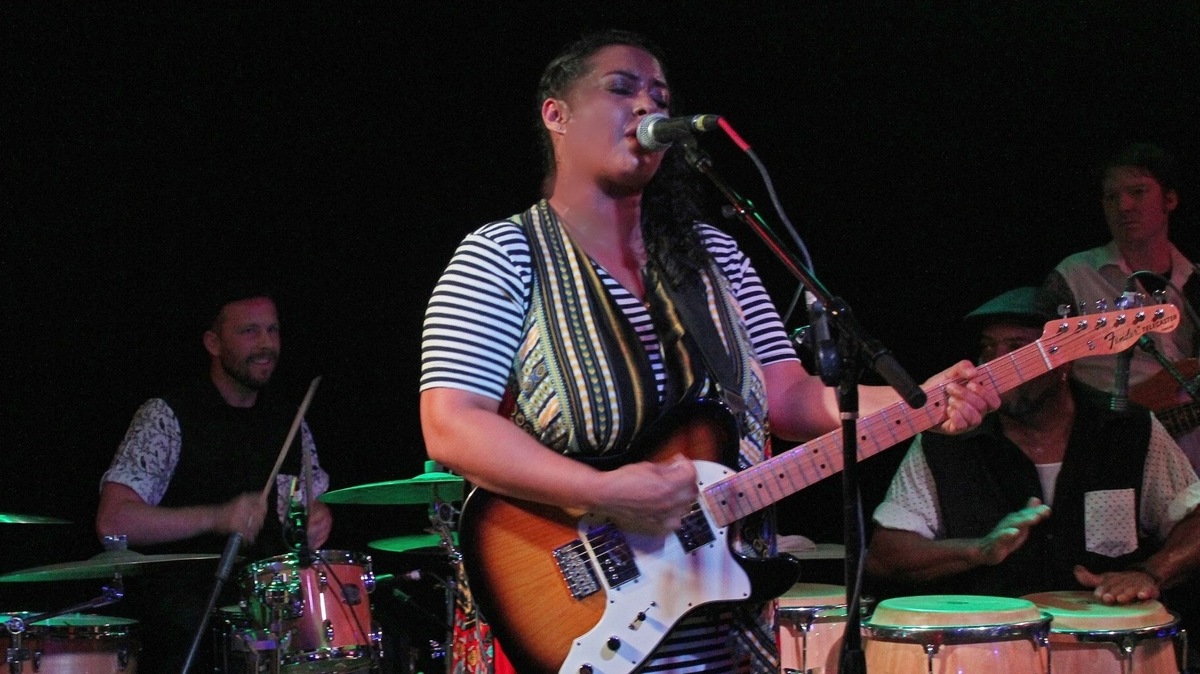 Kelly Jo Ramirez says her project Phat Lip is about "opening up all the listeners and exposing them to the Latin influence."

If you took a snapshot of Latino demographics here in the U.S., you'd find substantial numbers in places most people wouldn't expect. In particular, the South has become a hotbed of new Latinx culture and artistic expression.

A contagiously danceable and singable break-up song, "Stranger's Love" flaunts Ramirez's evolving musicality. Her ravishing alto vocals are layered richly on the track, tracing the painful discovery that she's in love with someone who doesn't really exist and becoming a liberating wake-up call to move on:

Oh, my baby is another

Oh, my baby isn't there

You say you're you but I know you're someone else, yeah

Sound and touch that I don't know

Don't you see it's forcing me to go

Ramirez's songwriting features uncomplicated lyrics and lots of soul. She says she loves writing "more than anything. It's limitless. I like to write the genre that comes to me; let the song speak to me. It's fun to step outside your box."

Vision, Ramirez says, sprang from playing around with GarageBand software. "I wanted to show the spectrum of Latino sound," she says. "There are songs that are straight-up pop-rock, but the inflections of where the melody is and where the bass goes open up the ears to the different measure counts and [elements] in Latin music."

With GarageBand demos in hand, she gathered local musicians and began recording enough material for an EP. "It has been a learning experience for the band to learn polyrhythms," she remarks. "And actually, that's what this project's really about — is opening up all the listeners and exposing them to the Latin influence."

Ramirez's early musical inspirations included the Latin American music her parents listened to. When she was 10, her family moved from Rhode Island to South Carolina, where she became immersed in Southern rock, funk, soul and blues. Janis Joplin became her first female hero; she was later inspired by Southern-blues belter Susan Tedeschi. But it was her father, Alvaro Ramirez, who was — in a way — responsible for her self-taught talent.

"My dad is the reason I picked up the guitar. He played so horribly, he was torturing my family every night, trying to play 'Los Panchos,' " she says, laughing. "One day I took the guitar and put it in my room. I was 12 going on 13, and at that age you discover what angst is. The next thing I knew I was playing Nirvana."

Had she not gone on to play with numerous bar bands in various genres in her adoptive home town of Greenville, this emerging artist might not have developed the texture and depth that shines in "Stranger's Love," and throughout Vision.

"I've played it all," Ramirez says as she reflects on her history. "My favorite musician by far is Prince. He didn't write to a genre; he would just write. As far as genres, I listen to it all. It's the way it hits you — the song, lyrics, rhythms. I like to take it all in and study it. The more I can study, the more I can mix together. And the more you mix together the more powerful it can be, and the further the reach. And I just kinda want to do that with music."

"Stranger's Love" is out now on Zerimar Music.