Accessibility links
Rio Mira's 'Román Román' Tells A People's History Through The Marimba : Alt.Latino Founded by artists from Ecuador and Colombia, the marimba-centered supergroup highlights the music and poetry of their countries' El Pacífico region, once a haven for escaped slaves. 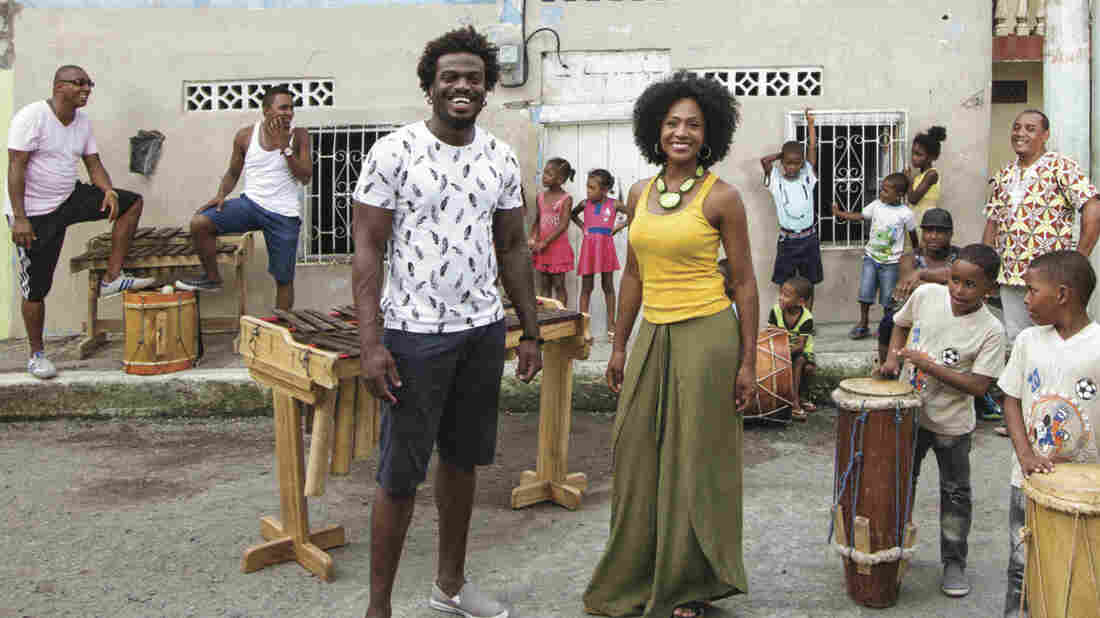 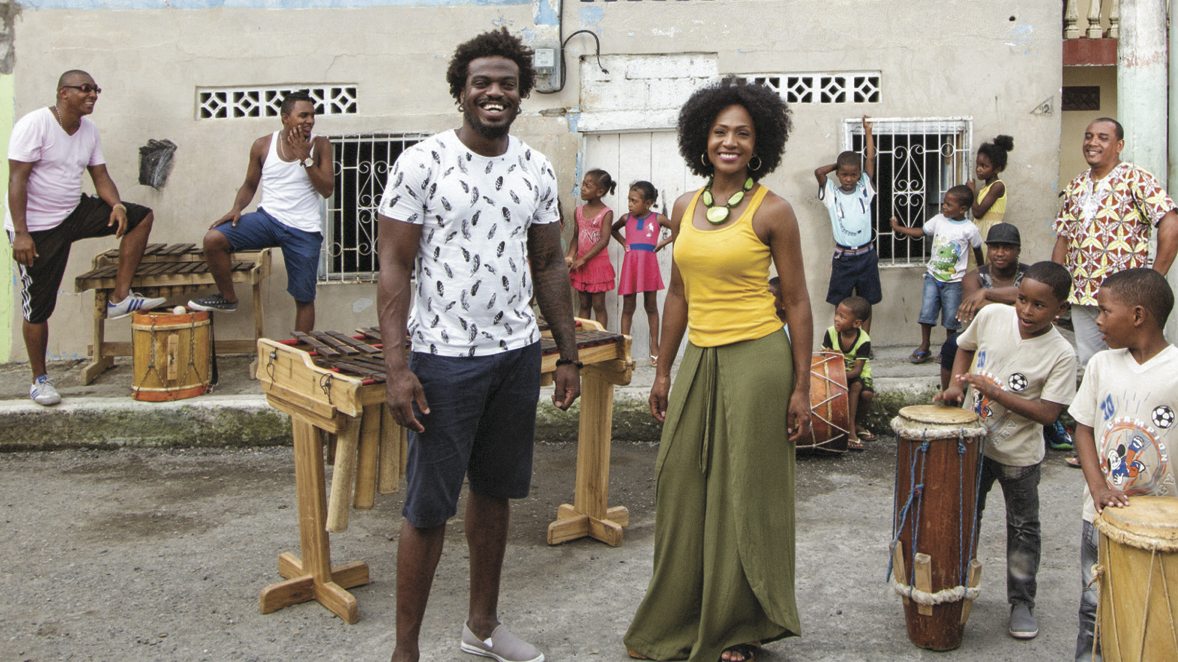 Miguel Alvear/Courtesy of the artist

Rio Mira is a marimba-centered supergroup founded by artists from Ecuador and Colombia to highlight the music of the El Pacífico region, which extends along the Pacific coasts of the two countries. Taking its name from the river which runs from Ecuador into Colombia, the band focuses in particular on the coastal city of Esmeraldas and its lesser-known contribution to the Afro-Pacific cultural equation.

Beginning in the 16th century, El Pacífico was a haven for cimarrones, enslaved persons who had escaped from shipwrecked ships or plantations. Over the years, the region's emblematic marimba music came to uniquely represent the cimarrones' Afro-Pacific identity and the West African traditions they had preserved. Today, UNESCO recognizes the music (along with associated dances and chants) as Intangible Cultural Heritage.

The heart of this music is the marimba, made of chonta palm wood. In Rio Mira, it's played by two renowned musicians: Esteban Copete, who is Afro-Colombian, and Larri Preciado, who's Afro-Ecuadorian. As with many Latin-American instruments, the marimba both performs a melodic and rhythmic role in the music and, inherently, tells the story of its own Bantu roots.

"Román Román," the first single from Rio Mira's debut album, Marimba Del Pacifico, tells of traversing a dangerous river in the format of the traditional stories and poems that are chanted at ritual, religious and festive events. It features the recital of an excerpt from "Agrandao," a poem by Jalisco González, a highly recognized Afro-Ecuadorian writer from Esmeraldas. In the poem, the narrator leaves home to discover his roots in the "fingerprints" of his people and, through their oral history, learns magical ways. He survives thanks to the ancestral wisdom he discovers.

The song's narratives are layered in rippling marimba rhythms that flow like rivers traversing toward freedom, building to a release that joyously references the self-liberated cimarrones who created and defended their communities, finally free of colonial control.