Accessibility links
Hear The Chamanas' Dreamy Border Ballad, 'Río' : Alt.Latino The band's members grew up on both sides of the Rio Grande. Its fronterizo music is both a sensitive reflection on living with danger and a defiant celebration of life.

Songs We Love: The Chamanas, 'Río'

Songs We Love: The Chamanas, 'Río' 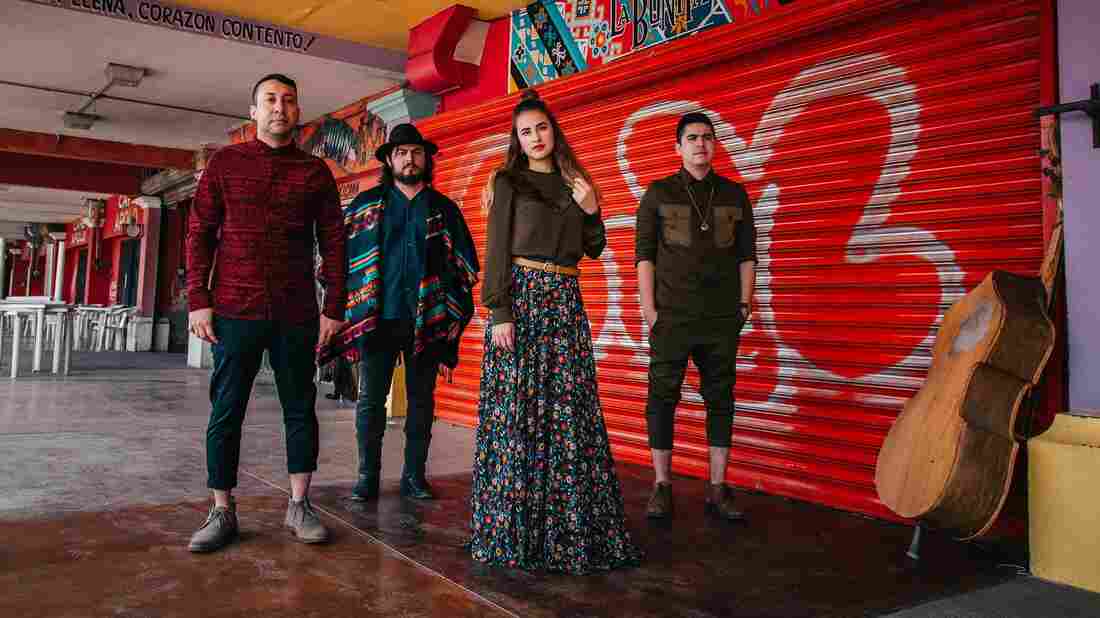 The Chamanas' latest album is NEA. Dario Lizarraga/Courtesy of the artist hide caption 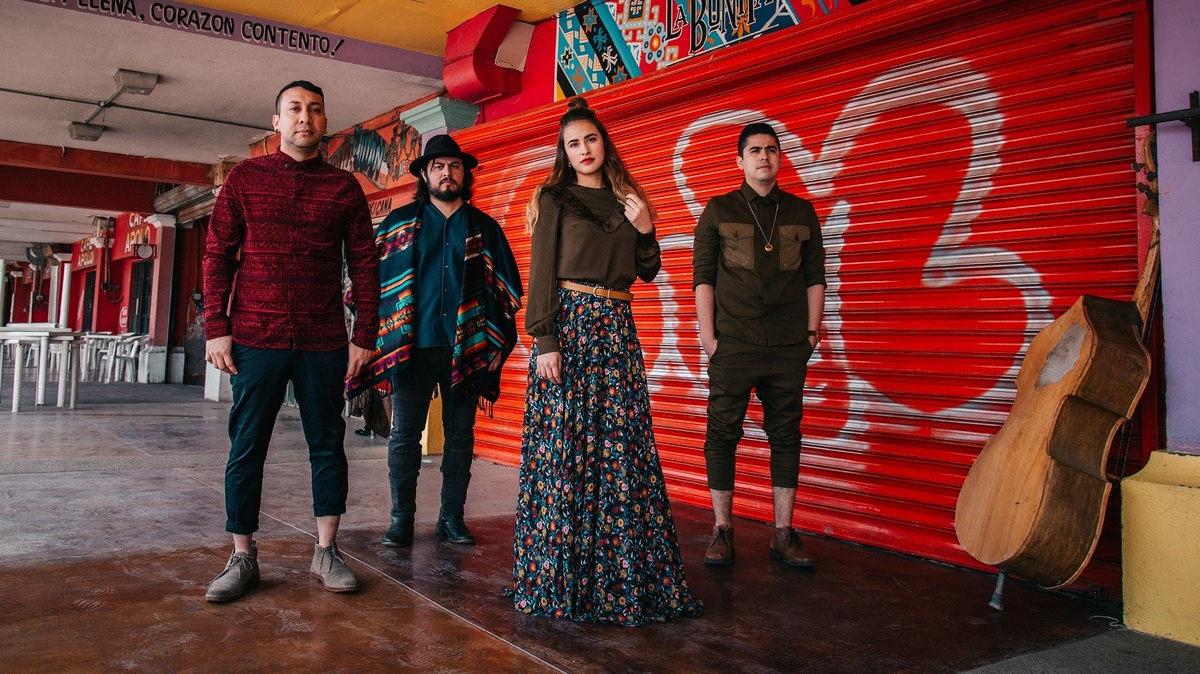 The Chamanas' latest album is NEA.

Dario Lizarraga/Courtesy of the artist

Somewhere between Ciudad Juárez and El Paso, The Chamanas paint lovely dreamscapes where smooth, romantic ballads redolent of '70s Mexican pop are touched by psychedelic desert vibes with hues of both Michael Jackson and Juan Gabriel.

The Chamanas' members and their fronterizo music were born and bred in the richness of the border's cultural clashes. The band was founded in late 2014 by bassist Manuel Calderón and guitarist Héctor Carreón, who grew up and lived in those two cities on both sides of the Rio Grande. Until the heightened security measures of the post-9/11 world, El Paso and Ciudad Juárez functioned almost as one; their citizens crossed back and forth daily to attend school, go to work or buy groceries and gas.

With its Spanglish name, the band proudly identifies with the term pocho, often used disparagingly to describe Americanized Mexicans. On its song "Río," the Latin Grammy-nominated quartet, consisting of Calderón, Carreón, Alejandro Bustillos (drums) and Paulina Reza (vocals), masterfully blends elements from its bilingual, binational and bicultural heritage to create panoramic sonic landscapes with a strange and slightly unsettling beauty.

Like many citizens of border cities, the members of The Chamanas have lost friends and family to the violence; the songs on the band's album NEA are often melancholic around the edges. Nevertheless, the songs are also imbued with the hope that comes from determinedly moving beyond the darkness and into the light. In "Río," the most markedly political song on the new album, dark notes surround dreamy vocals that seem suspended in time and space. The Chamanas sing of crossing the river and feeling the fear in every step, but declare nonetheless: "They think they can separate us, but we won't let them."